History can be a hard sell. There are a lot of dates to memorize, and it wasn’t all as edge-of-your-seat exciting as Hollywood has led us to believe. But amid the dusty old books and droning historians, a few gems are waiting to turn the black-and-white world of the past into a Saturday morning cartoon.

Freaky funerals, Tootsie Rolls on the battlefield, and even a prank from outer space; I challenge you to tell me history is dull after checking out these forgotten tales of bygone silliness. 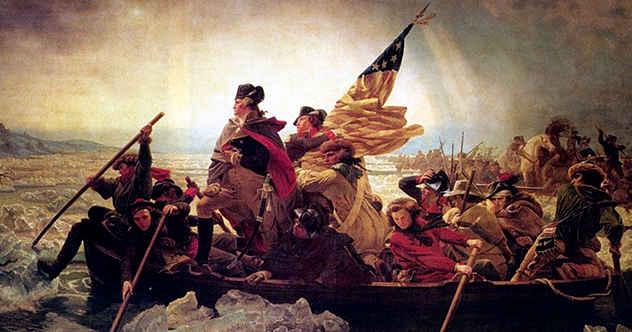 The painting of General George Washington crossing the Delaware River with his men is right up there with the Statue of Liberty as a symbol of freedom, dignity, etc. However, as is usually the case, the story behind the piece is considerably less noble. It’s funny, though.

Having planned a surprise attack on the enemy-controlled city of Trenton, Washington watched as his plan fell apart. The frigid temperatures were made worse when sleet began pelting his starving, battle-worn troops. Morale was at an all-time low as the army began crossing the icy river. Then, as he boarded his boat, Washington turned to the overweight artillery chief Harry Knox and delivered an inspirational gem for the ages: “Shift your fat ass, Harry, but don’t swamp the damned boat!”[1]

Shock and disbelief rippled through the gathered men, followed by contagious laughter. Their spirits lifted, the troops went on to capture Trenton without losing a single man. 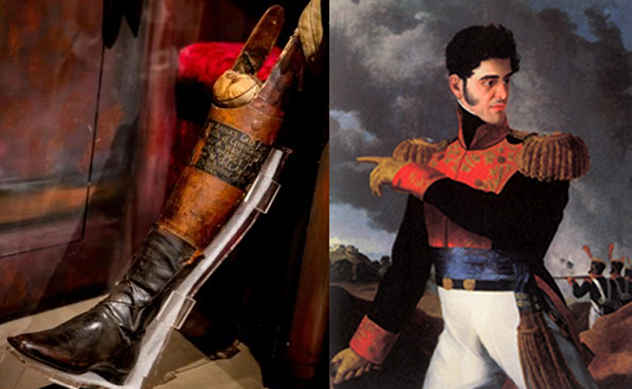 General Antonio Lopez de Santa Anna, the self-proclaimed “Napoleon of the West,” is widely known as the villain in the legend of The Alamo. His story extends a bit farther than that though, and it gets much weirder.

Just a few short years after wiping out the defenders of the Texas mission, Santa Anna led a force against the invading French at Veracruz, Mexico. During the battle, he took cannon fire to his leg, leaving him seriously wounded. Eventually, doctors were forced to amputate the mangled limb, which Santa Anna buried on his estate.

There it remained for several years until the General assumed the Mexican presidency in 1842, after apparently developing Mad Hatter-level dementia. Not content with the pedestrian burial it had received, Santa Anna had his decomposed leg exhumed and laid to rest beneath a huge, ornate monument. Of course, this only happened after a lavish parade through Mexico City complete with military honors, poetry readings, and cannon fire.[2] In November of 1950, the Korean War was in full swing, and US troops found themselves horribly outnumbered during the Battle of Chosin Reservoir. Frigid temperatures made a bad situation worse, and running out of mortar shells was just the icing on the cake. Luckily, that last problem was easily fixed.

After radioing for a supply drop, the eager troops ran to collect their munitions and get back to the fight. They wrenched open the crates, looked inside, and immediately questioned their sanity. Thousands of Tootsie Rolls stared back at them, a picture of innocence sorely out of place on a battlefield.[3] Apparently, one piece of military code worked a little too well: “Tootsie Rolls” was the nickname given to mortar shells.

Ever resourceful, the soldiers did what they could with what they had. They warmed the candies with body heat and used them to patch bullet holes in vehicles and hoses. The extreme cold then froze them into a surprisingly reliable weld.

7The Unlikely Fate of the Lonely Tree 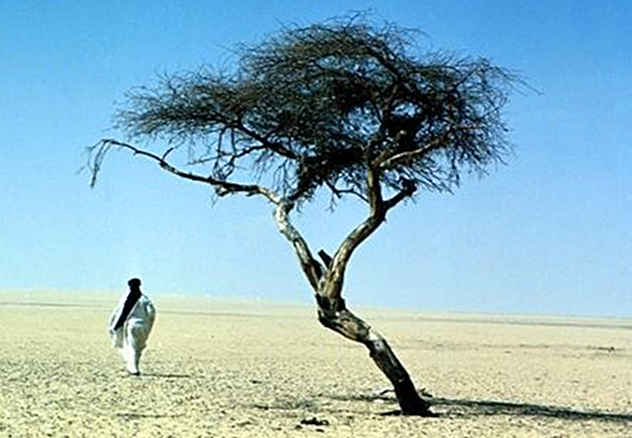 For roughly three centuries Niger’s Sahara Desert sported what was widely believed to be the most isolated tree on the planet. This lonely acacia, the “Tree of Tenere,” was the only tree for 250 miles (402 km). It was used as a much-needed landmark by countless desert caravans for generations.

Then it got hit by a truck. In 1973 a—likely drunk—driver managed to plow into the only object for hundreds of miles while following an old caravan route. The spindly tree was snapped in half, a bizarrely unlikely victim of drunk driving.

The acacia’s dried trunk is now on display in the Niger National Museum, and a statue memorializing the natural wonder has taken its place in the remote desert.[4] There is a silver lining though; it is now officially impossible to be accused of bad driving because, hey, at least I didn’t kill that tree. 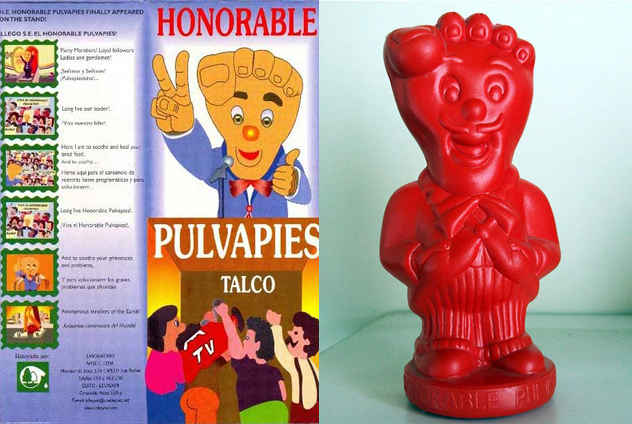 After a long election season, having run the gauntlet of childish attack ads and petty bickering, most of us are ready to vote for literally anything other than the talking heads that have filled our TV screens for months. For instance, we may joke about writing in our dog’s name. Or a dead celebrity. Or, in the case of the Ecuadorian village of Picoaza, a medicated foot powder.

The manufacturers of Pulvapies saw a unique marketing opportunity during the election season of 1967. Their new slogan—“Vote for any candidate, but if you want well-being and hygiene for your feet, vote for Pulvapies”—was slapped on every available surface prior to the election. Then, in a final burst of creativity, pamphlets resembling election papers and reading “For mayor, honorable Pulvapies” were distributed to voters. 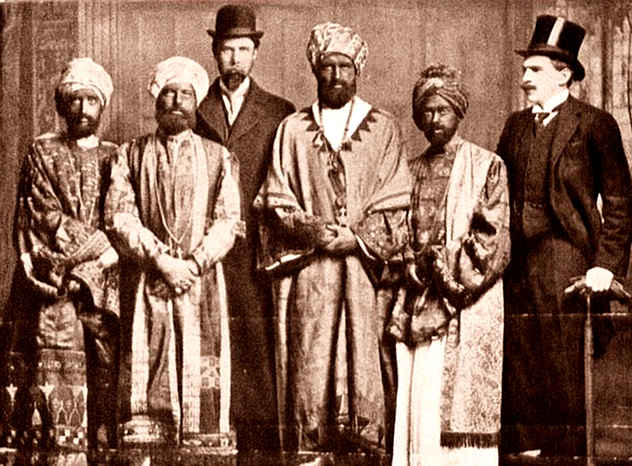 In February of 1910, the crew of the English warship HMS Dreadnought received a telegram announcing that they would soon be hosting the Emperor of Abyssinia—modern-day Ethiopia. Unwilling to offend the visiting dignitary, the sailors aboard the pride of the English fleet pulled out all the stops to roll out a royal welcome. Upon his arrival, he and his entourage were greeted with full military honors and given a lengthy tour of the vessel. It was a diplomatic home run for the British Royal Navy.

At least, it would have been had any foreign leaders actually been there. It turns out the Emperor and his companions were really a group of ambitious pranksters, including novelist Virginia Woolf.[6] They had painted their faces, donned ridiculous costumes, and spoke in a combination of Latin and complete gibberish; the telegram had also been a forgery. The following day they sent an anonymous confession to the newspapers, making the Navy the national laughingstock for months.

4A Close Encounter of the Jolly Kind 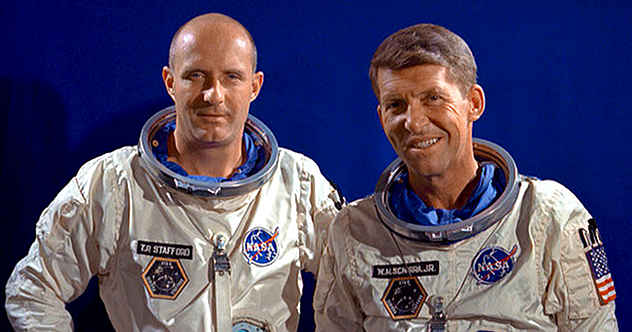 It’s December of 1965. Cold War tensions are intensifying and the Space Race is in full swing. Two US astronauts, Walter M. “Wally” Schirra Jr. and Thomas P. Stafford, are performing a routine operation aboard the Gemini 6 space capsule when they report an unknown object orbiting Earth.

A shaken Stafford’s voice crackled through the radio to Mission Control, describing a bizarre craft traveling southward over the Arctic Circle. Most disturbingly, it seemed the ominous object would be entering the atmosphere any moment. Could this be a secret Russian space project? An alien vessel? Something else entirely?

Stafford further described the UFO to increasingly panicked NASA staff, reporting that what he assumed was one, were actually nine craft flying in close formation; he even caught a glimpse of a red-clad humanoid within the largest module. Technicians frantically scrambled to crack this unsettling anomaly until Stafford and Schirra broke into a rendition of Jingle Bells with a harmonica and a set of sleigh bells.[7] These instruments, the first ever played in space, are now on display in the Smithsonian. This one-battle war took place on October 8, 1784, between the Holy Roman Empire and the laughably outmatched Northern Netherlands. After a series of political upheavals and rebellions, the Northern Netherlands seceded from the Empire and cut them off from some pretty important trading harbors. None too pleased, Emperor Joseph II sent three warships to remove the blockade.

The Northern Netherlands sent only one ship, the Dolfijn. Silly, perhaps, but nothing compared to what was to follow. After a standoff, the Dolfijn fired a single shot, which hit no one. It did, however, hit a kettle of soup on the deck of enemy ship Le Louis, spraying its passengers with the thick liquid. Whether astounded by the accuracy of the shot or terrified of their apparently insane enemies, the sticky Empire forces immediately surrendered.[8] The Vikings were a pretty nasty bunch. Making their living by stealing yours, these thugs were the scourge of the ancient world. They preyed primarily on smaller settlements, but an ambitious group of seafaring scoundrels set their sights on an all but impossible target: Rome.

Viking brothers Bjorn and Hastein sailed their fleet to the massive city, but rather than storm the walls, they sent a messenger. He explained to the terrified residents that they had not come to fight, but rather that their leader had converted on his deathbed and wished to receive a Christian burial. Suspicious but determined to do their Christian duty, the Romans allowed the “dead” Hastein and a few of his men into the city.

During the ceremony, Hastein erupted from his coffin, his men pulled concealed weapons, and the Vikings easily took the city. After demanding the residents bow and proclaim him the new ruler of Rome, a single voice offered up a vital bit of info: he was actually in the city of Luna, just north of Rome.[9]

1The Tomb of the Unknown “Soldier” In 1917, during WWI, Colonel George S. Patton found himself in the French village of Bourg. One day the mayor approached him, teary-eyed and distraught over the discovery of an American soldier’s grave. He asked why he had not been informed of the death so that he could pay his respects. Having no knowledge of any buried US dead in the village, a baffled Patton asked to be led to the site.

The colonel soon found himself standing before the “grave.” Apparently, some of his men had filled in an old latrine pit—that is, improvised toilet—and had placed a sign to warn others from the putrid mound. “Abandoned Rear” was scrawled on a few rough bits of wood that resembled a crucifix, leading the villagers to assume it had been placed to mark a grave. Patton was relieved but never corrected the confused mayor.

Returning to Bourg during World War II, General Patton once again discovered the final resting place of Abandoned Rear, which had been reverently maintained by the townsfolk for nearly 30 years.

Read more unexpected tales from history on10 Unexpected Firsts Left Out Of The History Books and 10 Little-Known Facts From History That Are Truly Outrageous.