In the age before television and nature documentaries, taxidermy was a way of studying and preserving the natural world by stuffing and mounting animal skins to often produce a lifelike appearance. Specimens, small and large, were collected by scientists and naturalists alike.

Taxidermists have a long and sometimes noble history. As far back as ancient Egypt, they were perfecting their skills. This continued through the Middle Ages until the Victorian era, when the popularity of taxidermy exploded.

Many renowned men have dabbled in this art. For example, Charles Darwin took lessons from John Edmonstone, a freed slave who was a master taxidermist. Darwin used these skills on his famous HMS Beagle voyage. Notes from his journals became the book now commonly known as The Voyage of the Beagle and also appeared in On the Origin of Species, which contained Darwin’s famous theory of evolution.

Although some of the world’s most celebrated thinkers have been involved with taxidermy, it has also attracted a long line of charlatans, misfits, and downright weirdos. We’ll explore them both in this list. 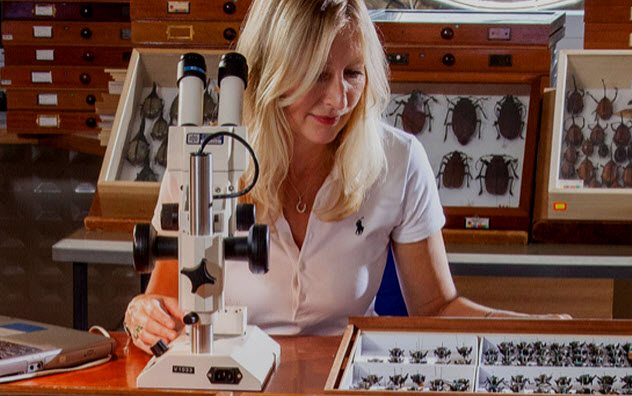 Taxidermy is still used for the study of the natural world today. The Natural History Museum in London has 29 million animal specimens collected over 250 years.

Every year, around 10,000 scientists use the collections to enhance our knowledge of the origin of man, evolution, biodiversity, the future of the planet, and more. We can study species that are long extinct and learn how to preserve those that are endangered. The museum frequently loans its collections to other museums and universities around the world to promote further study.[1] 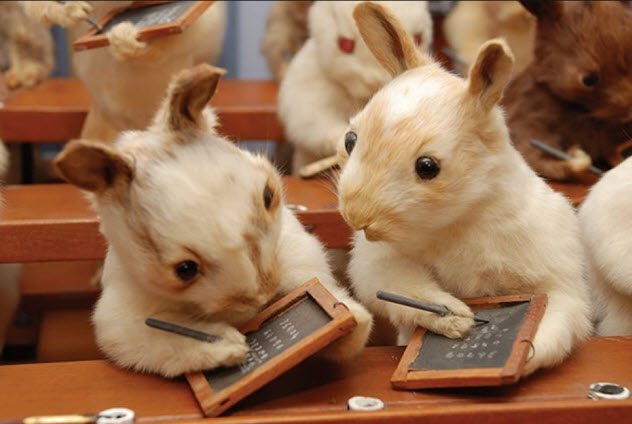 The Victorians took taxidermy from the dissecting room to the living room. A macabre lot, they moved away from depicting dead animals in their natural habitats and began to add a touch of whimsy that was sometimes sweet and sometimes just creepy.

Walter Potter is one of the most famous Victorian taxidermists. He created art from animals. Dead animals. He constructed fabulous tableaux based on children’s nursery rhymes—which is not creepy at all.[2]

One of Potter’s most famous creations, “The Death and Burial of Cock Robin,” features 98 different species of British birds attending the funeral of the late robin, including a rook that serves as the minister. The diorama includes birds from some species that are now classed as extinct in the UK.

Potter built a museum of curiosities to hold his collection of dioramas, which included a school for rabbits, a wedding of kittens, and a monkey riding a goat. The museum held thousands of preserved bodies but eventually fell out of favor. It finally closed in the 1970s, and the collection was broken up and sold.

Oh, in case you’re wondering who killed Cock Robin… a sparrow shot him dead with a bow and arrow. 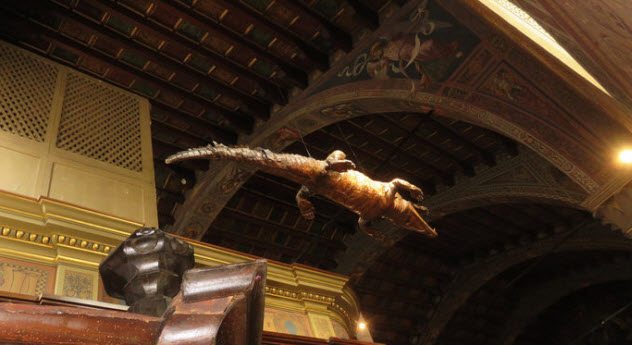 Large game animals—the rarer the better—have always been favorites with collectors. In an age when big game hunting was fashionable, a lioness in the hall or a giraffe in the dining room was a must in any country mansion.

The oldest piece of taxidermy still in existence is believed to be a crocodile hanging in Santuario Madonna delle Lacrime Immacolate (“Our Lady of Immaculate Tears Church”) in Italy. The specimen is said to be around 500 years old.[3]

No one is entirely sure why a church would want a crocodile hanging from the rafters, although one theory is that it was believed to be a dragon. 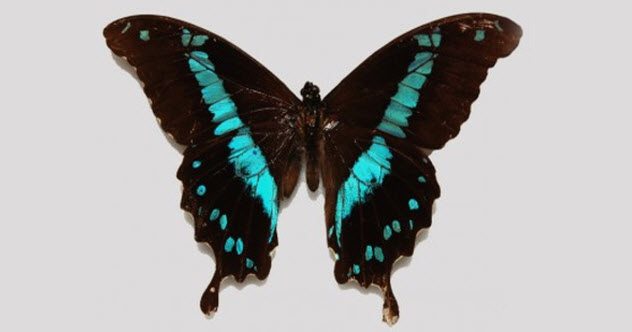 It’s not just big game animals that have been preserved for posterity. The entire insect world has been preserved somewhere—from collections of carefully pinned and cataloged moths and butterflies to beetles, crickets, and more.[4]

The Horniman Museum and Gardens in London has a world-renowned collection of insects and other specimens that include skins, whole skeletons and bones, and pinned insects. There is also geological material like rocks and minerals. 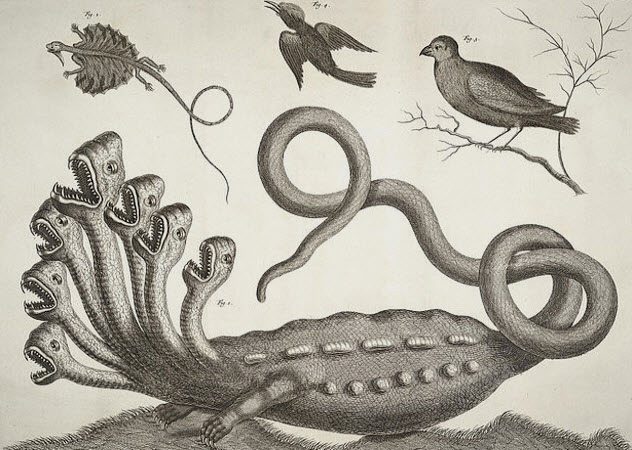 When the known world became boring and zoologists felt that they had seen and cataloged everything, they took to making things up. At the beginning of the 18th century, Albertus Seba was one such zoologist who had the best Wunderkammer the world had ever seen. A Wunderkammer (aka “cabinet of curiosities“) was comprised of specimens notably of natural history but often included art, antiquities, relics, and curios of all descriptions.

Seba had specimens from the entire known world in jars and display cases. All these specimens were stuffed, painstakingly reproduced in minute detail in watercolors, and then cataloged for posterity.

In 1716 or 1717 (depending on the source), Seba sold his entire collection to Russian Tsar Peter I (aka Peter the Great). Well, not quite. Seba wasn’t completely honest with the tsar and kept some of the choicest pieces for himself, including the famous seven-headed hydra that is illustrated in his book, Cabinet of Natural Curiosities.

The size of a largish badger, the hydra was an unlikely looking Diplodocus-type creature with seven heads on seven impossibly long necks and only two (visible) legs of ridiculously short proportions. It was exposed as a fake by Carl Linnaeus, another zoologist.[5] He declared that it was cobbled together from a couple of weasels and several snakes and that it wasn’t even very well done.

Linnaeus’s exposure of the scam caused consternation in a number of drawing rooms in Hamburg, including that of the mayor. He owned the hydra at the time and may have needed to offload it on some other chump before word got out. Whether he succeeded or not is unclear. The hydra has never been seen since.

Today, no one knows if Seba was aware that the hydra was a fake. But we are certain of one thing: Behind Seba came a whole host of con artists, grifters, and flimflam men who knew exactly what they were doing. 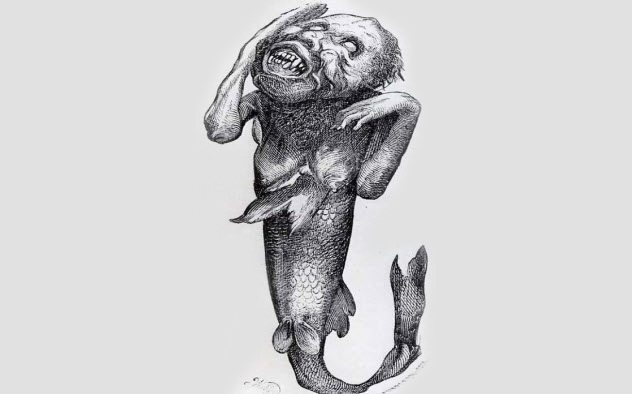 The most flamboyant flimflam man in history was surely P.T. Barnum and his traveling circus of freaks, monsters, and curiosities. In the 1840s, Barnum surpassed himself by displaying a real live mermaid to a curious public. Well, not live exactly. Barnum’s mermaid was a mummified and rather terrible example, not at all like the beautiful sirens of fairy tales.

The mermaid, which was probably constructed by sewing the top half of a monkey to the bottom half of a salmon, had many adventures. It was rescued from a Dutch shipwreck by an American sea captain, traveled across the globe to be displayed in Cape Town, and eventually ended up under a glass dome in a coffee shop. It was once even made a ward of the court.

The mermaid was exhibited in New York, Boston, and London before disappearing from public view forever.[6] Some believe that it was destroyed in a fire or simply rotted with age. Perhaps the mermaid is merely awaiting its next adventure.

4 Crazy Made-Up Beasts Which Turned Out To Be Real 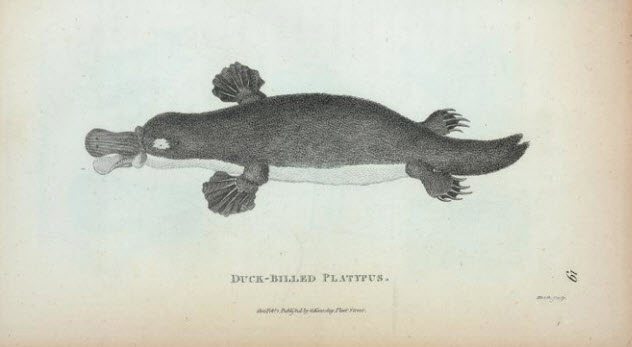 Of course, not everything that looks fake is a hoax. When people first saw the duck-billed platypus, many assumed it to be a fake. And a crude one at that.

Captain John Hunter is believed to have sent the first platypus pelt from Australia in 1798. It was met with much skepticism. Surgeon Robert Knox was convinced that the pelt was sewn together from a duck and a beaver, so he cut it open to find the stitches. Of course, he found none, and eventually, the platypus was proved to be real. But ugly.[7] 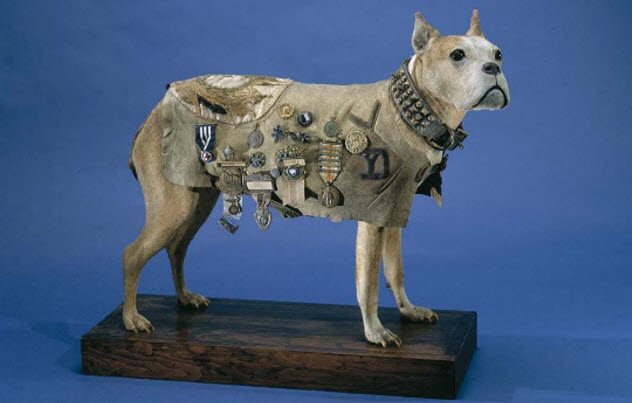 We all like a good hero story, don’t we? And if the hero is a dog, so much the better. Stubby, so named because of his short tail, was the mascot of the 102nd Infantry, 26th Yankee Division.

A stray dog found by Private J. Robert Conroy during his army training in World War I, Stubby learned drills, marching, and even saluting alongside his owner. The little dog soon became a favorite with the men. When the troops were shipped out to France to fight, Conroy smuggled Stubby aboard. He was discovered by the commanding officer but was permitted to stay with the troops as a mascot after he gave the commander a salute.[8]

Stubby saw active service, accompanying the men to the front line where he proved to be an effective early warning of gas. His canine senses could smell the gas long before the men, and he sounded the alarm by barking. This gave the men time to put on their masks. He also assisted in the capture of a German prisoner of war, biting the fleeing man on the leg and holding him until assistance arrived.

Stubby was injured during a grenade attack, taking shrapnel in his leg and chest. He survived and spent the rest of the war in the army hospital where he is credited with boosting the morale of injured soldiers.

The little dog saw action in 17 battles and was inspected on parade by President Woodrow Wilson. Stubby died in 1926, the proud owner of a number of medals. His remains were stuffed and can be seen proudly wearing his medals at the Smithsonian National Museum of American History. 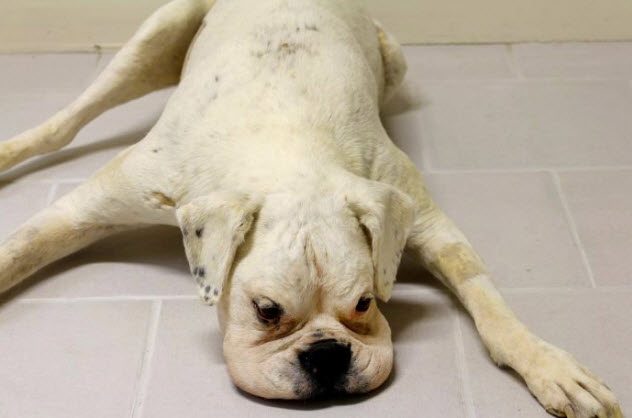 It was fashionable, particularly in Victorian England, to stuff favorite animals after death so that they could continue to play a part in family life. Dogs were a particular favorite among Victorians. Larger dogs were sometimes stuffed lying down so that they could be used as footrests. Charles Crufts even had a “Stuffed Dogs” category in the early Crufts dog shows.[9]

Queen Victoria was a great animal lover and had a number of pets, both alive and dead, including an entire aviary of stuffed birds at Windsor Castle.

1 Parts Of Animals Made Into Objects 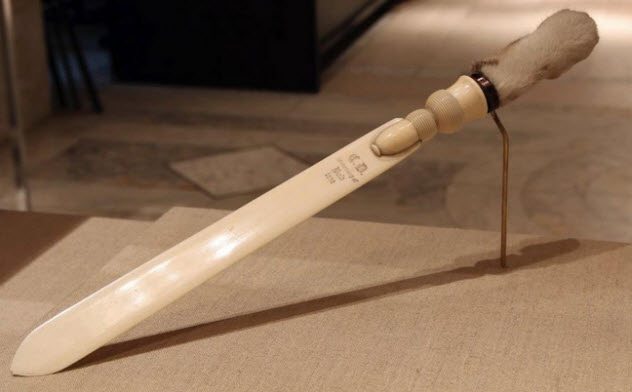 Some pet owners used to keep just a part of their pet for posterity. Charles Dickens was so distraught at the death of his pet cat, Bob, that Dickens made one of the animal’s paws into a letter opener. Every day when Dickens opened his mail, he picked up the single paw attached to a knife and presumably smiled in fond remembrance. It takes all sorts.

Napoleon had two hooves from his horse Marengo made into desk ornaments. One became an inkwell and the other a snuff box. For good measure, the stallion’s skeleton was put on display. It can still be seen in the army museum in Chelsea.[10]

Meanwhile, the Duke of Wellington, who defeated Napoleon at the Battle of Waterloo, refused to have his war horse, Copenhagen, meet the same end as Marengo. Wellington would not allow his horse’s remains to be displayed alongside those of Marengo. Copenhagen was laid to rest privately, and the duke refused to disclose the horse’s location.

However, it was noted at burial that one of the hooves was missing. So, you never know!

For more bizarre animal specimens, check out 10 Animals Known Only From A Single Specimen and Top 20 World-Famous Animals.