With the recent release of records relating to JFK’s assassination in 1963, conspiracy theorists everywhere are probably holding thumbs that some of the theories they’ve been holding onto will prove to be true. Given the wide assortment of conspiracy theories concerning the events of November 22, 1963, it’s highly unlikely they’ll walk away pleased.

Kennedy, however, is hardly the only world leader to feature in conspiracy theories. On this list are such theories about other world leaders (both dead and alive). Some are even stranger than fiction . . . 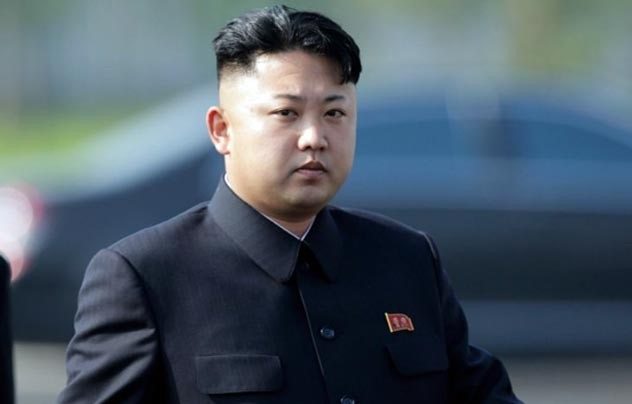 The supreme leader of North Korea is not only shrouded in controversy but also in mystery. It is said that his date of birth cannot be confirmed, and it is unclear whether he actually did attend a Western school as claimed. However, if he was rarely heard of before he came to power, he is most certainly very famous now because of all the threats he’s been aiming at the US.

Out of all the weirdness surrounding Kim Jong-un, the wackiest tale has to be the rumor that he is behind the disappearance of Malaysia Airlines Flight MH370.[1] It has been speculated that he arranged for the plane to be hijacked and hidden in a hangar located in a remote area of North Korea. Unfortunately, nothing came of this theory, and the true fate of MH370 remains to be revealed. 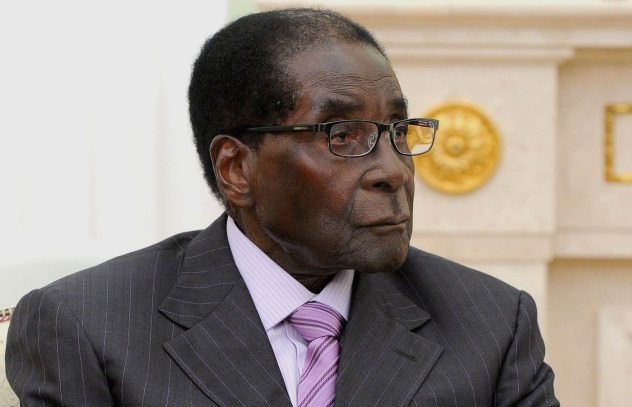 The world was pretty much shocked when the WHO decided to make the (possibly soon-to-be former) president of Zimbabwe a goodwill ambassador. Just a week later, the organization rescinded the honor because of the massive outcry experienced worldwide. Naturally, Robert Mugabe’s allies accused Western countries of conspiring together to rob the president of this title.[2]

It is somewhat weird then to think that there is a conspiracy theory out there that accuses Mugabe of being a willing ally or even minion of the West. The theory has it that his land acquisition demands, which contributed to wide-scale poverty and starvation in Zimbabwe, may have been done solely to please his Western counterparts. It is thought that if the US sends free food to impoverished countries such as Zimbabwe, there isn’t enough work for the local farmers. This causes the farmlands to become desolate, making poor countries even more dependent on global charity. 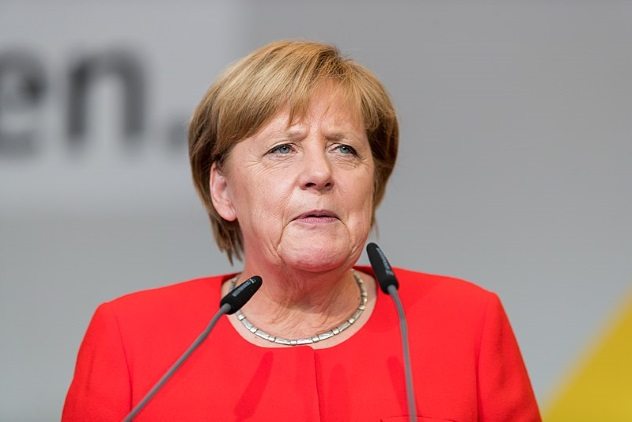 The chancellor of Germany, Angela Merkel, has a slew of conspiracy theories hanging over her head. One states that she has allowed ISIS to penetrate and attack Europe to give her the chance to plan a military attack against her fellow EU member states.

Another theory has it that Merkel is an Illuminati member along with the duke and duchess of Cambridge. She’s also not human at all but rather a lizard person unable to have children. She instead lays eggs like a reptile.[3]

Furthermore, she is said to be in on the conspiracy surrounding what many call the “fake” city of Bielefeld. It is thought that Bielefeld, a city in Northwestern Germany, doesn’t really exist and that when people try to find it, they happen upon actors who try to ease their mind. Merkel once mentioned that she had been to Bielefeld, adding, “I have the impression that I was there.” 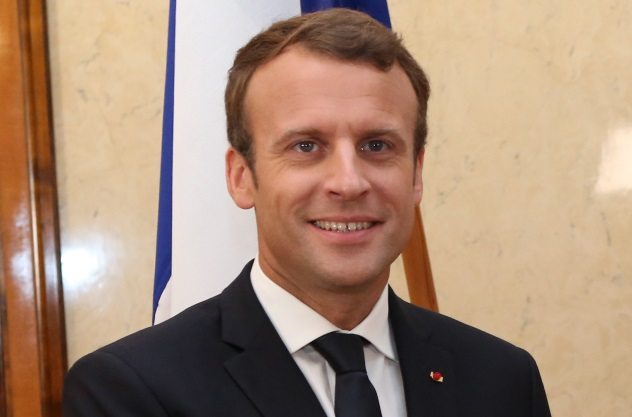 Emmanuel Macron is France’s youngest president, elected in May 2017 at the age of 39. Because of his history with the controversial Rothchild family, he, too, cannot escape the rumor mill. Not only has he been accused of being the Antichrist and a Freemason, but it is said that the Rothschilds groomed him to be the next leader of France.

Even though he was apparently warned against working for the Rothchilds, Macron accepted a position at their banking firm (despite having no banking experience), after which he moved up the ranks at an unprecedented speed. He was made partner straight from his junior role, stunning his colleagues. Apart from being the protege of the Rothchilds, Macron also supposedly attended a Bilderberg meeting in 2014, further cementing the conspiracy theories surrounding him and his mentors.[4] 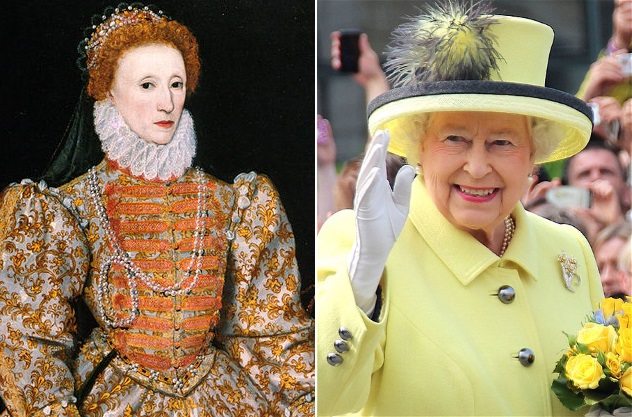 As if it wasn’t bad enough that the queen of England was implicated (by means of conspiracy theory, that is) in the tragic death of Princess Diana in 1997, there are also rumors that Elizabeth II isn’t even human but is in fact a shape-shifting reptile. Oh, and she’s not even a reptile from Earth but rather from somewhere in outer space.

If this doesn’t tickle your fancy, how about the theory that Queen Elizabeth I was replaced by a boy after she died of the bubonic plague at age ten? Another theory suggests that the queen escaped death, but her resistance to being married later in life was because she was a hermaphrodite.[5]

If that’s still too strange, what about the very believable theory that Elizabeth I is the person who actually wrote the plays and sonnets that William Shakespeare is famous for? 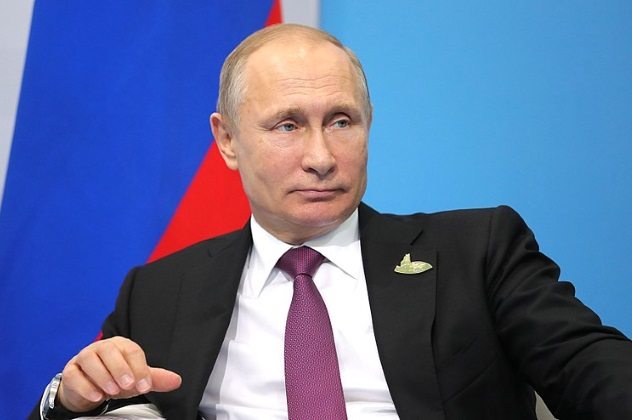 It seems that with a name like Vladimir Putin, the Russian president never had a chance of escaping rumors that say he’s a 100-year-old vampire, the actual Mona Lisa, or a time traveler.

Many politicians have theories of their own regarding Putin, including that he is an active KGB agent. These include Condoleeza Rice, Colin Powell, and Dick Cheney. Others believe that Putin is a cold-blooded killer, which they deduce from his expressionless, mostly non-smiling face and from the wars he started against several countries.[6]

Then there is the conspiracy theory that Putin planned the April 2017 Syrian chemical attack, essentially creating a false flag event in order to distract Americans from further investigating President Trump’s ties to Russia. 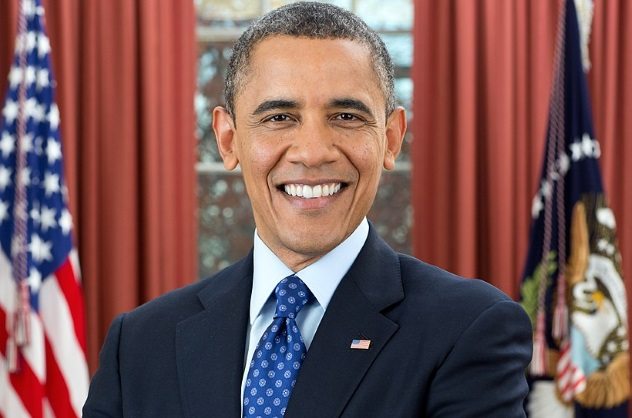 One would think the debacle surrounding Barack Obama’s birth certificate would be the craziest conspiracy theory surrounding the former US president. However, some took it upon themselves to come up with even crazier rumors.[7]

Along with the long since tired-out speculation that Obama might also be a reptilian, some even more seriously thought that he might be the Antichrist. Probably sensing the collective sigh from around the world, conspiracy theorists decided to come up with a new angle for their stories. To do this properly, they had to include Michelle Obama. A brand new tale has it that Barack and Michelle are left-wing black separatists in their spare time. And also, Barack is planning to overthrow the Trump administration sometime in the near future. 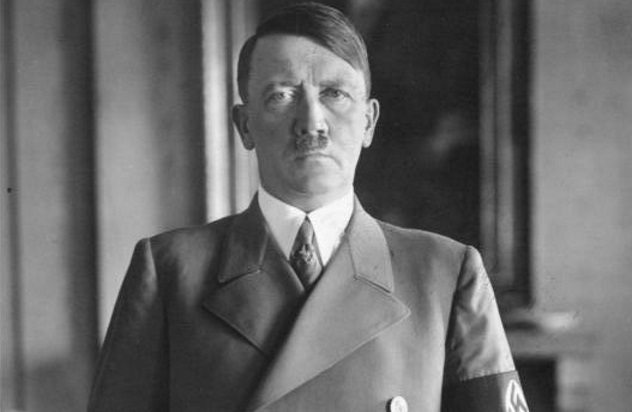 History books say that Adolf Hitler committed suicide in 1945 by shooting himself. However, there is a theory that says this may not have happened at all. Many believe that there is evidence to suggest that Hitler lived for a long time after the war.[8]

CIA documents have shown that the US believed it was possible that Hitler fled to South America after World War II and stayed there until at least 1955. Apparently, a former SS soldier related a story of regularly meeting up with Hitler in Colombia before the German leader fled to Argentina. These rumors were exacerbated when it was discovered that Adolf Eichmann, a planner of the Holocaust, and Josef Mengele, the doctor who performed terrible experiments on prisoners at Auschwitz, were hiding out in Argentina and Brazil. 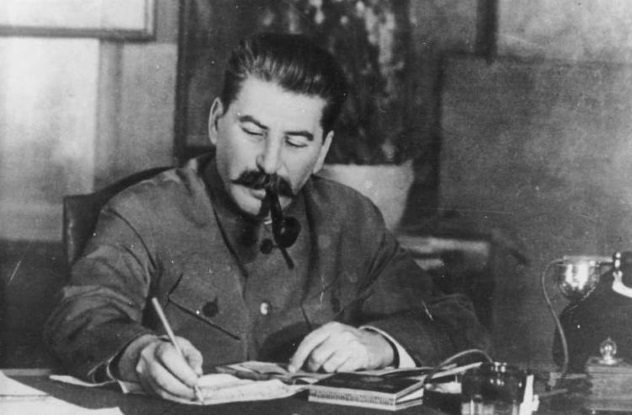 The Roswell incident of 1947 gave rise to multiple conspiracy theories, most of which say that aliens exist and that the spacecraft which crashed in New Mexico contained proof of this. However, the US government covered the whole thing up.

Even if you’re not a believer in UFOs, there is a conspiracy theory for you, too. In 2011, Annie Jacobson wrote a book detailing an apparent plot conjured up by Soviet dictator Joseph Stalin.[9] Jacobsen stated in her book that Stalin became inspired by the novel The War of the Worlds, leading him to enlist the help of Joseph Mengele. Mengele supposedly provided alien-like children who would serve as the “crew” on a jet-propelled Horten Ho 229.

Stalin wanted the aircraft to land in the US and cause a mass panic. However, when it crashed, the US government intervened, and the Roswell story was born. 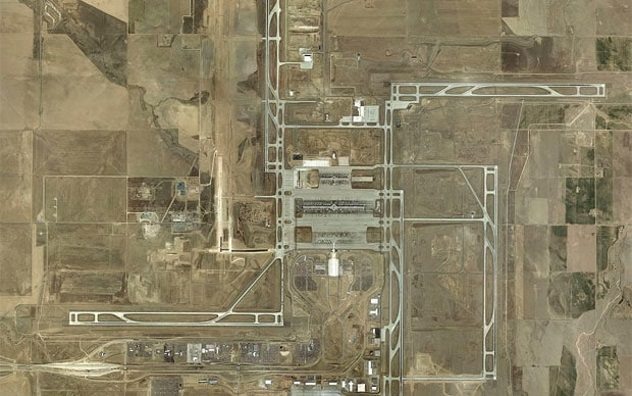 Denver International Airport is a strange place that spawned a multitude of theories and rumors over the years. These include tales of the New World Order being in charge of the construction and ensuring that the layout of the airport resembles a swastika, not to mention Masonic symbols being displayed inside the building for sinister reasons.[10]

Accusations have been made that those involved with the construction of the airport included a concentration camp underground to bring the US back to an era of slavery.

What does this have to do with world leaders, you ask? Well, apparently, Denver International Airport also has a maze of a underground bunkers ready and waiting for world leaders from around the globe in the event of the apocalypse. This theory doesn’t specify whether only certain leaders are welcome or if there is space for all of them.