“Aryan” is perhaps the most controversial term in archaeology. Originally a self-identifier of the Indo-Iranian people, “Aryan” referred to a cultural and linguistic group, not an ethnicity. Nineteenth-century scholars misappropriated the term, made it a synonym for all Indo-Europeans, and burdened it with racial connotations never intended by the original users.

Of course, we all know how Adolf Hitler abused the concept to carry out his racist policies as he tried to achieve world domination. Yet, despite his defeat in World War II, the record has not been set straight. To this day, misinformation about Aryans abounds. 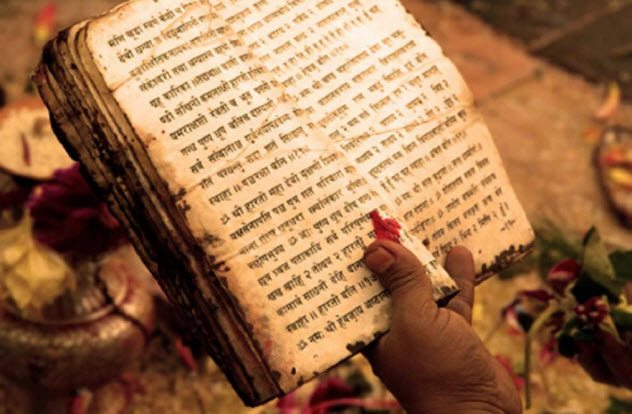 “Aryan” derives from the Sanskrit word arya—a self-designation of the Vedic Indians. The meaning of “Aryan” is not completely understood. Some believe that it means “noble” or “pure.” Lacking racial connotations, arya referred to a cultural quality venerated in the sacred Sanskrit text.

Confusion over the word developed in the 19th century when “Aryan” shifted to a noun. Scholars incorrectly assumed that “Aryan” was a term used to describe the ancestors of all Indo-European people. German nationalists imbued this term with racial baggage—placing themselves at the top of the racial hierarchy and making themselves the rightful inheritors of all the sacred Sanskrit texts.

The term sunk further into the morass when scholars determined that the original homeland of the Aryan people was to the north and that the people were of Nordic stock.[1] Though this notion has been disproved, the incorrect definition of “Aryan” lingers in popular culture. 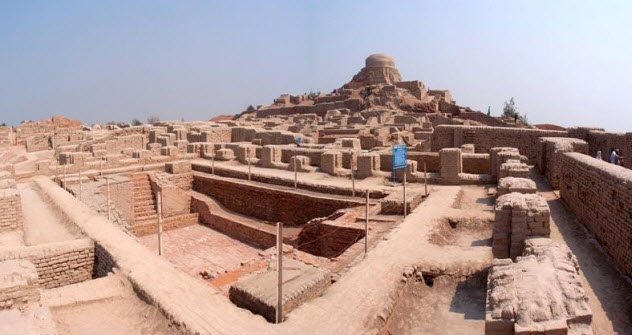 For decades, scholars believed that the Aryan migration to the subcontinent was one of conquest. Glorious charioteers crossed the Hindu Kush and steamrolled over the “inferior” Dravidian culture. For many, it was a clear indication of the superiority of the Aryan civilization. However, it turns out that the image is just plain wrong.

The Indus Valley Civilization was one of the most sophisticated of the ancient world. The first evidence of religious rites goes back to 5500 BC. Farming communities developed around 4000 BC, with urbanization (including a complex underground system of drains) occurring around 2500 BC.

However, around 1800 BC, the life-giving rivers began to shift. The Saraswati River either dried up or became prone to cataclysmic flooding. The agriculture of the region began to fail along with civic order. The nomadic cattle-herding Aryans of Central Asia entered northern India to find it largely abandoned.[2] They merely occupied a vacuum left by the Dravidians.

8 Genetic Signature Of The Aryans 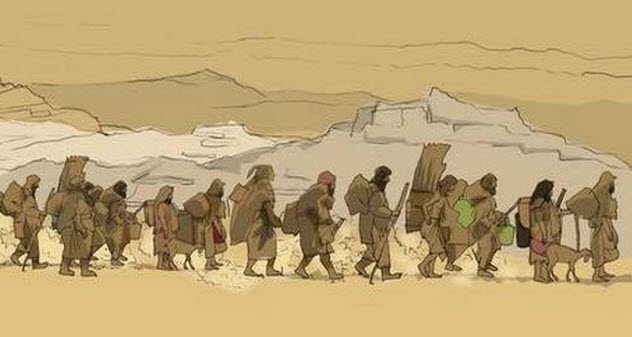 In 2011, researchers from Hyderabad’s Center for Cellular and Molecular Biology declared that the Aryan migration was a myth. According Dr. Lalji Singh, “There is no genetic evidence the Indo-Aryans invaded or migrated to India or even something such as Aryans existed.”

It turns out that they were looking in the wrong place. Earlier this year, researchers published an article in the journal BMC Evolutionary Biology that stated: “Genetic influence from Central Asia in the Bronze Age was strongly male-driven.”

Previous Indian genetic studies focused only on mtDNA inherited from mothers. The recent study focused on male Y-chromosomes. They discovered that 17.5 percent of Indian male lineage belongs to the R1a haplogroup.

Geneticists believe this genetic signature emerged on the Pontic-Caspian steppe and spread across Central Asia, Europe, and South Asia between 5,000 and 3,500 years ago. Researchers believe that Central Asians arrived in India bringing R1a and the Indo-European language.[3] 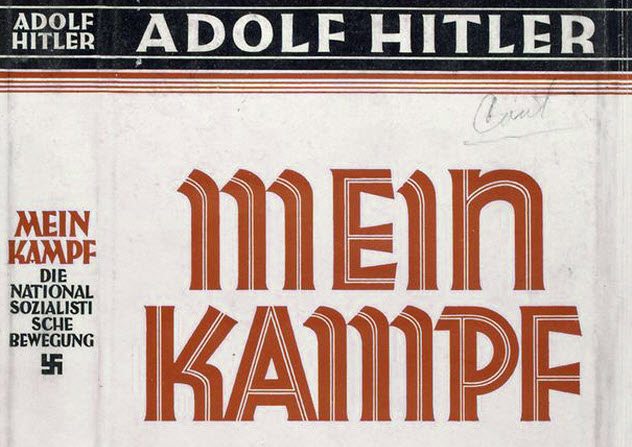 While imprisoned for a failed coup, Adolf Hitler dictated Mein Kampf. The manifesto became the de facto Nazi Bible. By the dawn of World War II, it had sold five million copies and been translated into 11 languages.

A central theme is the superiority of the German race, which Hitler refers to as “Aryan.” The Aryan mythology provided Hitler with a powerful motivation: restore the glory of the Germanic people and expand into Russia, the Aryan homeland.[4]

The origin of Hitler’s incorrect assumption began in the late 18th century. Fascinated by the connections between Sanskrit and local tongues, European linguists invented a mythic race called the “Indo-Aryans,” the common ancestor of Indians and Europeans.

The Aryan homeland was believed to be in the Caucasus Mountains, from where the term “Caucasian” derives. European scholars incorrectly perceived themselves as the inheritors of Sanskrit civilization and assumed that Germanic people were the Aryans’ ultimate manifestation.

6 Language Of The Aryans 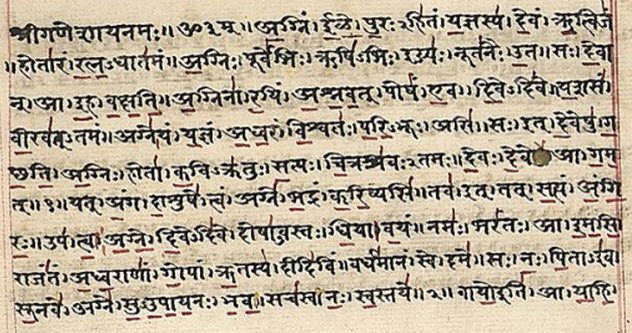 Sanskrit is the sacred language of Hinduism. Many believe that it arrived with Central Asian cattle herders who appeared in the subcontinent during the Bronze Age. According to legend, the god Brahma created Sanskrit and gifted it to the sages. By the second millennium BC, the tongue had been crystallized in written form in the collection of sacred hymns known as the Rig Veda.

During colonial rule, Europeans quickly noticed the similarities between Sanskrit and French, English, Russian, and Farsi. A theory developed that they were all the descendants of an ancient language known as Indo-European.[5]

As the languages of South India are derived from the Dravidian language family and not Indo-European, British archaeologist Mortimer Wheeler proposed the “Aryan invasion” theory. This stated that Central Asian nomads swept into the subcontinent sometime in the Bronze Age, caused the collapse of the Indus Valley Civilization, and emerged as the culturally dominant force in the area. 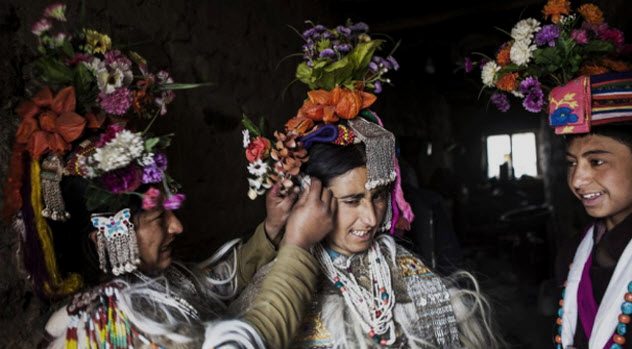 Hidden away in Kashmir’s Himalayan highlands, the Brogpas claim to be the last pure Aryans. Cloistered in a few villages at a 3,000-meter (10,000 ft) elevation in the Aryan Valley, the Brogpas have remained isolated culturally and genetically for centuries.

In the past, visitors were unwelcome and outside marriages were strictly prohibited. Endogamy and oral tradition preserved what some believe are “archaic traits of the Aryan ancestors.” In 2010, the Indian government made a push to open these mountain villages to tourists.

The Brogpas are generally taller than their Tibeto-Mongolian neighbors and have Mediterranean features and fair skin—with occasional blond hair and light eyes. Their origin remains unknown.

One legend holds that they are the remnants of Alexander the Great’s army. In 2007, filmmaker Sanjeev Sivan released The Achtung Baby: In Search of Purity. The documentary follows German women who seek to become impregnated by the “pure Aryans” of the Himalayan highlands.[6] 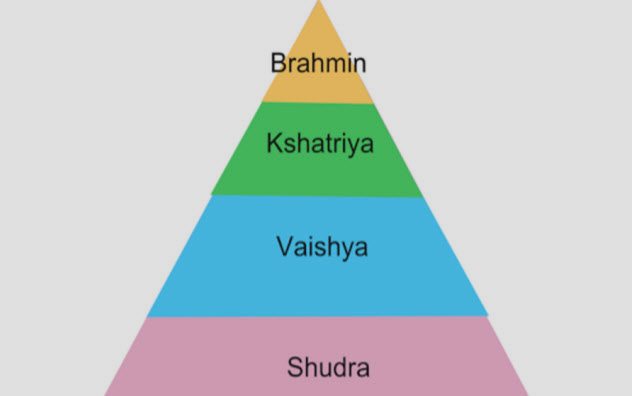 Oral tradition traces the origin of India’s caste system to the arrival of Aryans into the subcontinent around 1500 BC. Scholars have long believed that the system of class hierarchy was set in place to formalize relationships between the new arrivals and the indigenous inhabitants, whom they considered inferior. The usage of the words “Dasas” or “Dasyi,” both of which translate to “slaves,” suggests that the system may have grown out of an enslavement of the region’s indigenous inhabitants.

The caste system is composed of four classifications based on occupation. Brahmins (priests) occupy the top. Following them are the Kshatryias (warriors). Below them are the merchants and farmers known as Vaishyas. At the bottom of the pyramid are the Sudras (laborers).

The Indian word for caste is varna (“color”). This lends credence to the fact that the lighter-skinned Aryans used this system as a means to oppress the region’s darker aboriginal inhabitants.[7] 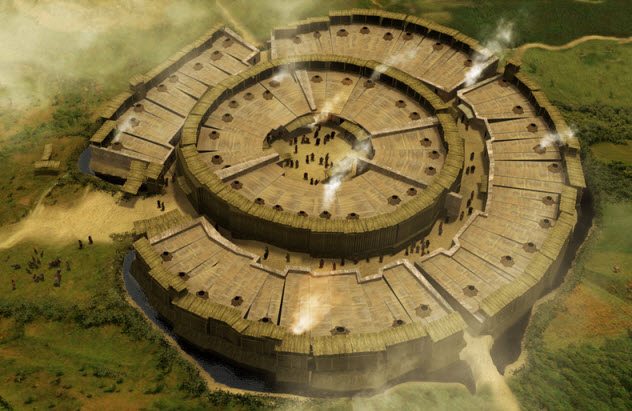 In 2010, Russian archaeologists announced the discovery of ancient Aryan cities on the southern Siberian steppe. Dated to 4,000 years ago, these 20 spiral-shaped settlements rival the size of Greek city-states and were each designed to house 1,000–2,000 individuals. The cities were first explored over two decades ago. However, their remote locations have made them virtually unknown until recently.

Experts believe that there may be as many as 50 more settlements to be discovered. Along with evidence of structures, researchers also unearthed equipment, chariots, horse burials, and pottery. Swastikas cloak many of the objects. This ancient symbol of the Sun and eternal life was long associated with the Aryans before its appropriation by the Nazis.

While these settlements are definitely Indo-European, there is no direct evidence that these were the individuals who went on to settle northern India. The usage of “Aryan” in this context carries significant social and political implications.[8] 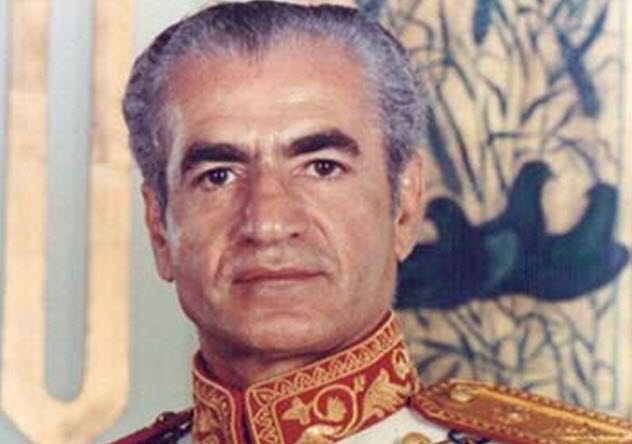 In 1935, Reza Shah Pahlavi officially requested foreign delegates to use the name Iran for his country instead of the traditional name Persia. Many believe that the name “Iran” means “Land of the Aryans.” The name originally derives from the Old Persian word arya or ariya, which was a self-designation of the Indo-European–speaking inhabitants of the area. This is a cognate for the Sanskrit word arya from which “Aryan” emerges.

In 1862, scholar Max Muller claimed that “Iran” means “Aryan expanse.” However, the racial connotations of this reflect a fundamental lack of understanding. In Old Persian, arya referred to speakers of a language, not a race.[9]

According to historian Gherardo Gnoli, ariya was not an ethnicity but a term used to connote a king’s legitimacy. The closest translation would be “noble.” He states that the term “Airyanem Vaejah”—from which the name “Iran” derives—is actually a “cosmogonic concept” from Zoroastrianism. 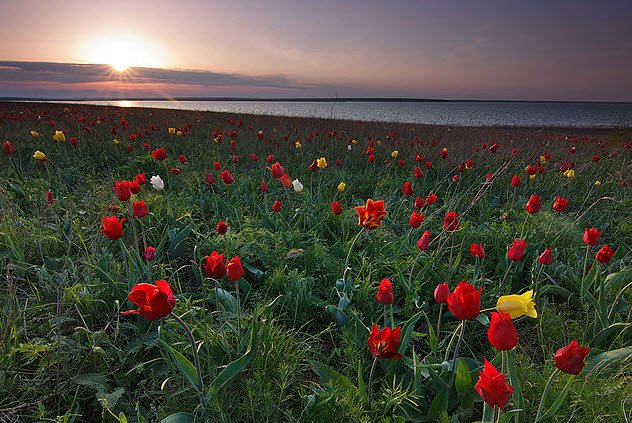 After long debate about the location of the Aryan homeland, scholars now look to the steppe between the Black and Caspian Seas. Experts refer to the Bronze Age culture of Central Asian pastoralists as the Yamnaya. With their wheeled chariots, pit graves, and Indo-European language, the Yamnaya spread their culture and genes east and west.

There is no definitive archaeological evidence to connect the Yamnaya to the subcontinent. Elsewhere, pit graves and ceramics provide clear signs of these pastoralists. However, in India, archaeological remains from the cultural transition between the Indus Valley Civilization and the Vedic era are scant.

It would be a mistake to refer to the Yamnaya as Aryans. At this time, it is impossible to say whether these Central Asian nomads were the ones who brought Indo-European culture to the subcontinent. However, it does point to the Pontic-Caspian steppe as the birthplace of Indo-European languages and culture.[10]

An authority on occult music, Geordie McElroy collects spell songs and incantations for the Smithsonian and private collectors. Dubbed the “Indiana Jones of ethnomusicology” by TimeOut, he is also frontman of LA-based band Blackwater Jukebox.

Read more fascinating facts and bizarre stories about the Aryans on 10 Bizarre Stories Of Nazi Archaeology and 10 Lesser-Known Facts About The Ancient World.