But life can be unfair, and sometimes, no good deed goes unpunished. Here are 10 stories of people who died while trying to save a dog, but it happens far more often than anyone might imagine. 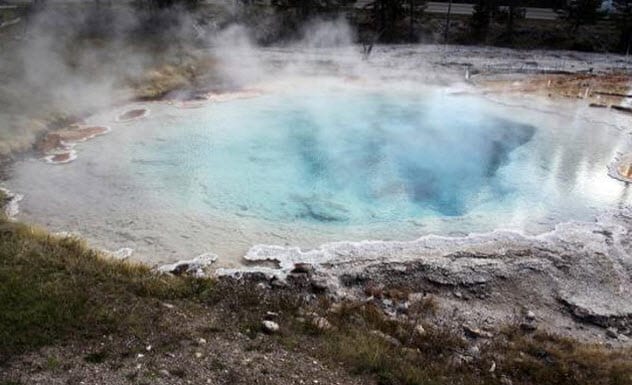 It was summer 1981 in Yellowstone National Park. David Allen Kirwan and his friend Ronald Ratliff were two men in their twenties visiting the park together. Ronald’s large dog, a Great Dane named “Moosie,” was with them.

The men parked near the Celestine Pool. To the naked eye, it looks like a bright blue and refreshing swimming pool. In reality, it is a hot spring that is over 93 degrees Celsius (200 °F).

Moosie got excited, ran out of the truck, and jumped into the hot spring. He immediately started yelping in pain. Ronald hesitated to jump in after his dog, but David ran toward the water. A bystander tried to save his life by shouting, “Don’t go in there!” David replied, “Like hell I won’t!”

David dove into the hot spring headfirst. He tried to save Moosie, but the water began to boil David alive. Ronald was able to step into the water to pull David out, which burned Ronald’s feet. When David was pulled from the hot spring, all the skin was falling off his body. His eyes were completely white, and he had gone blind. He had third-degree burns on 100 percent of his body.

They took him to the hospital, but he died the next day.[1] 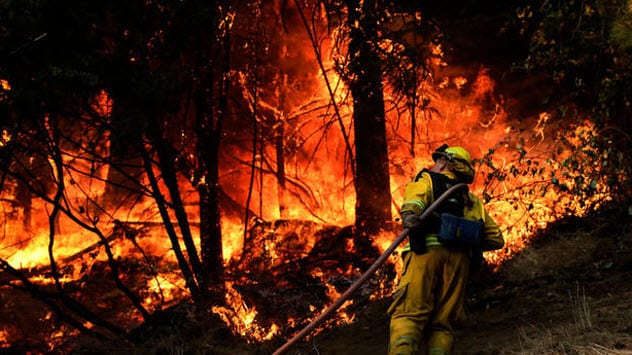 Wildfires destroyed thousands of California homes and buildings in October 2017. A 75-year-old woman named Valerie Lynn Evans lived on her property in Santa Rosa. Her neighbors affectionately called her “the horse lady” because she owned horses, goats, and dogs.

Everyone in the neighborhood heard the news of the oncoming wildfires, and they could see the flames and smoke coming toward them in the distance. Most people in the neighborhood evacuated immediately, including Valerie’s family members. But Valerie was determined to save the things she loved from her home.

She loaded her vintage book collection on the horses and walked them to the horse trailer. As they were leaving, one of Valerie’s neighbors pulled over and asked if she needed any help. “We got this,” she told them.[2]

One of her last tasks was to make sure that her dogs were in the car before she left. Unfortunately, Valerie had far less time than she had anticipated. The flames engulfed her and the animals. When the neighbors returned to examine their properties, they could see the loose pages of Valerie’s books floating in the wind. 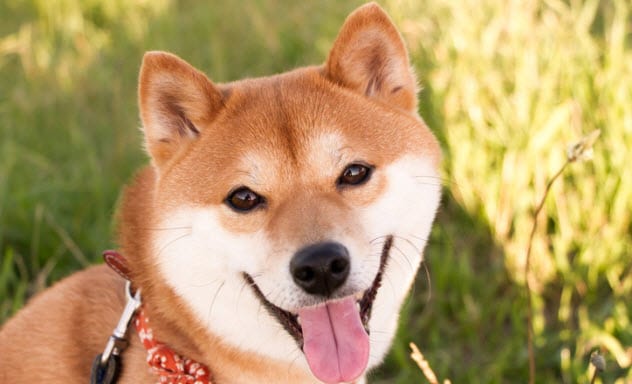 In October 2017, 49-year-old Clifford Lee Staley was walking his bulldog and Shiba Inu along a busy road in Hagerstown, Maryland. This was not the typical place that people walk their dogs. Someone who lived nearby thought it was very strange.

They called 911 and claimed that Staley had knocked on their door and was prowling the property. They suspected that he might be attempting to burglarize the area, so the police responded to the call. One of Clifford’s dogs, the Shiba Inu, stepped into the street. A minivan hit the dog, and its body landed in the middle of the street.

A local police deputy had just arrived and witnessed what happened. He got out of his vehicle so that he could try to help. He told Clifford to stay out of the street and give the officer some time to grab some supplies.

Clifford didn’t listen. He ran toward his injured dog. The police officer shouted at him to get out of the street, but it was too late. Clifford was hit by another vehicle, and both he and the dog were killed. The bulldog was taken to the Humane Society of Washington County.[3] 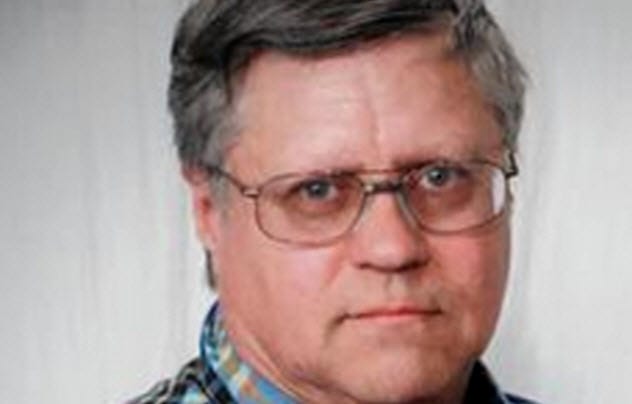 Donald Langford was very close friends with his neighbors. They would work on cars together and play cards and board games while drinking together until late at night. So Donald felt a close bond with a neighbor’s dog, an Italian Mastiff named Bella.

One day in March 2017, the three friends were fixing a truck in a pole barn. Bella was sleeping somewhere nearby. Sparks from electrical wire mixed with gasoline, and it started a fire in the barn. The three men ran out and called 911. Then Donald remembered that Bella was still inside.

He ran into the burning barn and found Bella. The only trouble was that the flames had grown so large that there was no way they could get out. The friends attempted to get Donald out, but they ended up going to the hospital for smoke inhalation. When the firefighters arrived and put out the flames, they found Donald holding Bella where had they died together.[4] 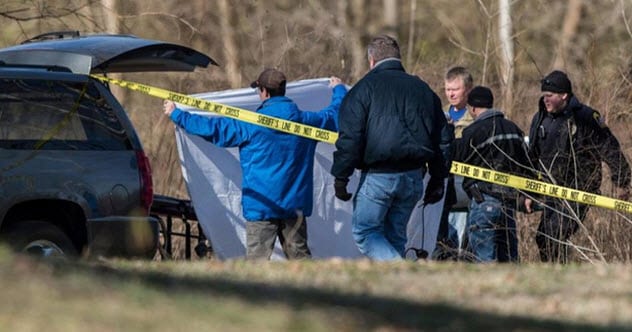 Jacqueline Watts was a 33-year-old woman who ran a volunteer organization and fostered a lot of abandoned dogs and rabbits in southern Indiana. One of those dogs was named Ringo. He was blind from cataracts and deaf. Jacqueline was fostering Ringo to prevent him from being put to sleep at the animal shelter because his former owners could no longer handle taking care of him.

Not many people would be willing to foster a dog with so many special needs, but Jacqueline accepted the challenge. Unfortunately, Ringo went missing while in her care. She plastered posters all around town and frantically went on searches for the dog.

In March 2017, just a few days after Ringo’s disappearance, Jacqueline never returned home. Her body was found lying on a sandbar in the middle of a river. Her car was parked nearby. The keys were still in the ignition, and the engine was idling as if she had expected to get back in her car right away.

Her family and friends knew that she had left her home to search for the dog. So they could only assume that she had spotted Ringo and was attempting to save him when she died.[5] 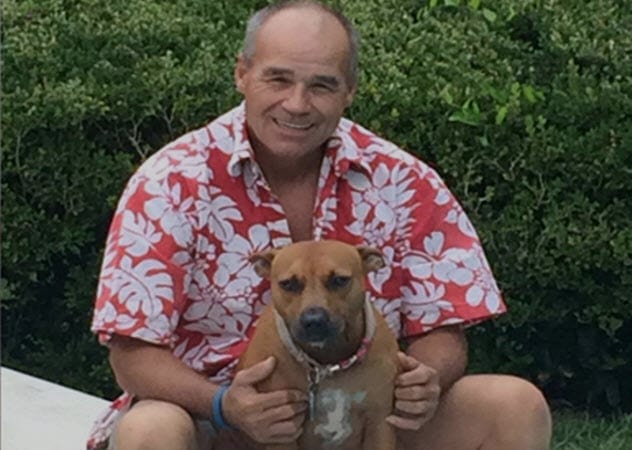 Scott Wulff was 61 years old, and his life was falling apart. Just a year after his wife died, he became homeless. All he had left was his dog, a pit bull named Astrid. Scott was a proud man, so he didn’t tell his adult son, Jacob, about becoming homeless. Scott probably hoped that he could find a new job and get out of the rut on his own.

For several months, he would go through a routine of begging for money. He took the donations to a local family-owned restaurant in Jacksonville, Florida, so that he and little Astrid could buy something to eat.

Near the restaurant, there was a bridge overpass for a train. Many homeless men choose to sleep under bridges because it provides shelter and is generally hidden from the public eye. On November 13, 2017, Scott’s dog, Astrid, heard the oncoming train. She was scared, so she ran up to the bridge and began barking at the loud noises and bright lights.

Desperate to save his best friend, Scott climbed on the tracks, too, and tried to get her down. They were both struck by the train. According to Jacob, he had a great relationship with his father. If Jacob had only known that Scott was homeless, he would have given his dad a place to stay.[6] 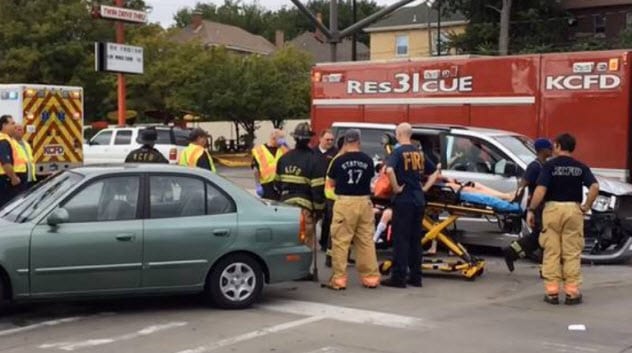 In November 2017, 62-year-old dog lover Rebecca Hastie was taking a walk in Columbus, Georgia, when she heard the sound of a moaning dog. Someone had hit the pup, and it was lying on the side of the road. She stayed with the dog, trying to do whatever she could to save its life.

Two other people saw what was happening, so they pulled their cars over and turned on their emergency flashing lights. One of the cars was parked on the shoulder. For whatever reason, the second pedestrian decided to park their 1992 Dodge Dakota truck in the middle of the street instead of the shoulder. The truck also had its flashing lights on.

It was dark outside because it was almost 7:30 PM. A 38-year-old man driving a 2012 Hyundai Santa Fe noticed the truck in the middle of the street. The truck was blocking the view of the three people, the dog, and the second car on the shoulder.

Clearly frustrated and distracted, the driver didn’t see the truck soon enough and decided to pull onto the shoulder to pass the truck. He hit all three people, the dog, and the second car. The accident clipped the Dodge truck, which sent it falling into a nearby ditch. Rebecca Hastie and the dog were killed, and the other two do-gooders ended up in the hospital.[7] 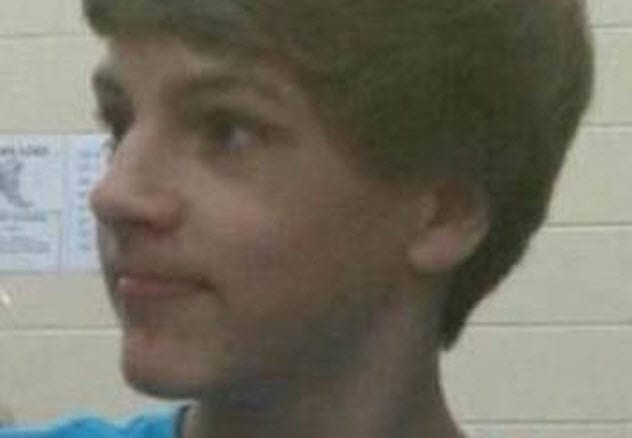 In June 2017, the Currie family was driving their boat around Lake Erie. They plugged their boat into an electrical socket on the dock at the marina so that the family could have power on board.

Now, three men and one dog were all drowning. Mrs. Currie was the only one who realized what was happening. They were all getting electrocuted. She quickly unplugged the boat from the power. Jeffrey and his one son made it out alive. But Evan was so determined to save the dog that they both drowned.[8] 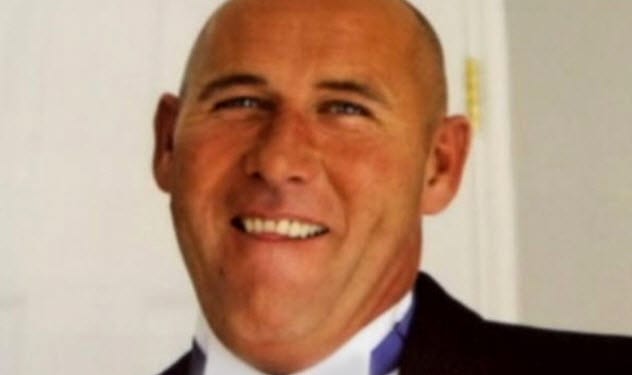 Wellington Parade in Kingsdown is a small shore town off the coast of Kent, England. A 57-year-old man named Nick Warren was walking his six-month-old black Labrador puppy during a storm in late 2015.

One eyewitness, Norman Kirkland, was walking his dogs at the same time. He said that the puppy wasn’t wearing his leash because Nick was trying to play fetch. However, Nick didn’t have a real ball on hand. So he pretended to throw something, just so the puppy would run around and get some exercise.

Since the dog couldn’t see where the “ball” went, he decided it must have landed in the water and jumped off a 1.8-meter (6 ft) ledge into the sea. The water’s condition was choppy from the storm. Nick asked Norman if they could tie their three dog leashes together into a rope so that he could lower himself down to the dog.[9]

Unfortunately, the leashes couldn’t handle his weight and snapped. Norman called for help, and a crew on a lifeboat had to go out to rescue Nick from the freezing water. He was taken to a nearby hospital. Unfortunately, neither Nick nor his dog survived. 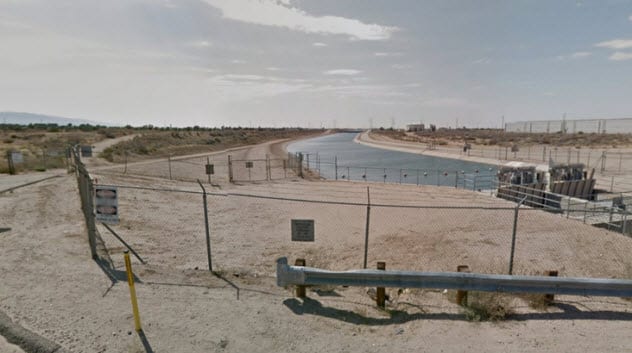 Valentine’s Day is a day to celebrate those you love. For Lucas Hermenegildo, that included his wife and three dogs. They were all going on a walk together alongside the California Aqueduct, which supplies drinking water to towns throughout the state.

The aqueduct is paved with concrete and leads down to an artificial river of fast-moving water. While swimming is not allowed, many people enjoy fishing off the edge.

One of Lucas’s dogs started to walk down the concrete. Terrified that the dog might drown, Lucas went toward the water to reach for the pup. But Lucas lost his balance and fell into the water. The dog scampered up the pavement on its own, totally unharmed.

Lucas was swept away by the swift waters of the aqueduct. After 15 minutes, he was rescued by nearby emergency personnel. Unfortunately, it was too late. Lucas Hermenegildo was pronounced dead on February 14, 2017.[10]

Shannon Quinn is a writer and entrepreneur. You can find her on Twitter.

For incredible stories about heroic dogs, check out 10 Incredible Rescues By Dogs That Will Warm Your Heart and 10 Incredible Stories Of Heroic Dogs Of War.