Many people say that music isn’t what it used to be, and it surely isn’t. Just compare 1980s and ’90s hits to today’s most popular songs, for example. Even singers from eras gone by who are still producing songs have had to adapt to the new music landscape. You can hear it when you listen to Pink, Beyonce, and Justin Timberlake’s new music.

One thing hasn’t changed, however. Conspiracy theories about songs will always be with us. On this list are some of the latest ones swirling around the music industry. 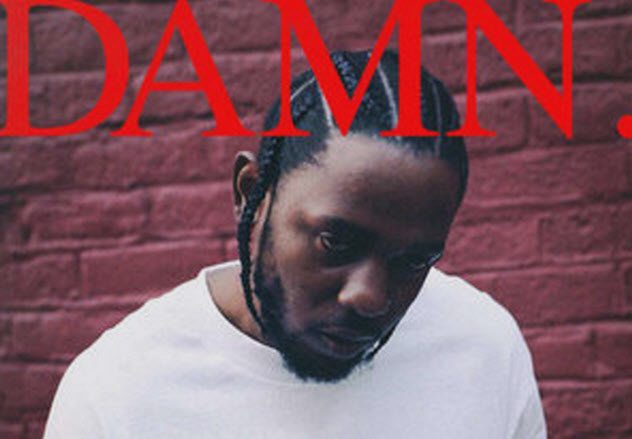 In Kendrick Lamar’s case, it’s not just a single song but his entire album DAMN that spawned a host of conspiracy theories. The first theory goes that because DAMN was released on Good Friday in 2017, his next album will be released on Easter Sunday. Kendrick referenced the resurrection of Jesus Christ when releasing DAMN, which is mainly what led to this theory.

Another theory says that the album contains subtle references to the movie The Matrix because marketing material on social media included a picture of a background with red bricks and then a background with blue bricks. This is said to reference the red and blue pill theory from the movie.

Furthermore, some fans noticed that if you rearrange some of the tracks’ last letters, it spells “Earth Led 2 Death” and also “Death 4 Leader.” According to this theory, the DAMN album and the upcoming NATION album are meant to be read as “DAMNATION” and political issues will be addressed in the new album.[1] 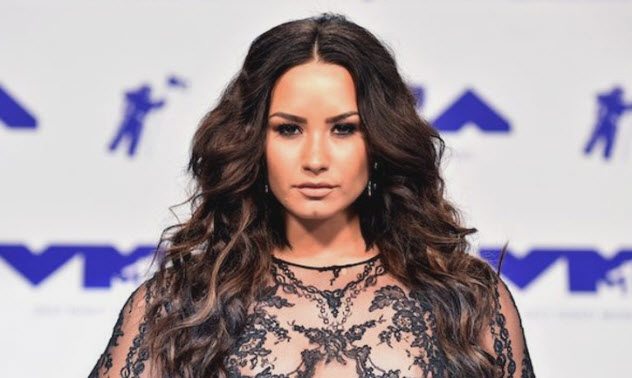 Fans who ship two artists who are not in a relationship love picking apart their respective song lyrics to find hidden meanings in them. This is exactly what happened when Demi Lovato dropped her new album, Tell Me You Love Me. One song in particular piqued fans’ interest, and it wasn’t long before a slew of theories flooded the Internet. The most popular was that the song was written for Nick Jonas.

At first, some fans thought that the song might be about Wilmer Valderrama, but Lovato has publicly stated that it isn’t. This caused the Nick Jonas theory to go viral. Especially since Lovato said the songs “Only Forever” and “Ruin The Friendship” are about the same person. 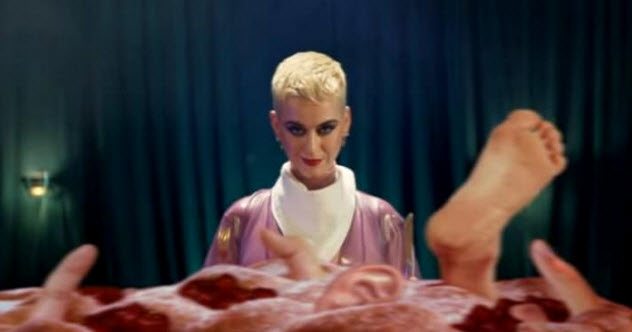 The music video for “Bon Appetit” is one of the stranger ones out there. Katy appears as the main “meal” in the video, going through the various stages of cooking. Then the cherry on top of the very weird cake comes at the end. Katy sits down at a table, knife and fork in hand, about to start eating a pie with human limb stuffing.

It is said that this song—along with an alleged French interview given by Katy in 2017—means that the singer is a cannibal. Several websites referred to this interview in articles written about Katy. Supposedly, she said that many people in Hollywood prefer human meat but refrain from eating it because of squeamish Christians.

Some conspiracy theorists even went as far as to say that the entire theory was started by Taylor Swift and her fans to take a dig at Perry.[3]

7 ‘Ever Since New York’
Harry Styles

Ever Since New York

Harry Styles is arguably the most bankable member of the ex–boy band One Direction. Having successfully started his solo career and acting career, he has proven that he has what fans are looking for. Naturally, though, there are quite a few theories about Harry’s songs as well.[4]

Since he released “Ever Since New York,” fans have been mulling over a theory that the song may have been written for Taylor Swift. She has a song called “Welcome To New York,” and many fans don’t believe this is pure coincidence. Another theory says that Harry’s song is about the media and how he is not portrayed correctly. 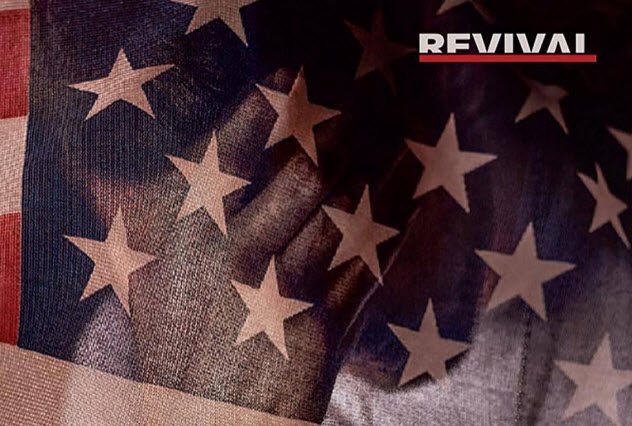 When Eminem released the tracklist of his then-upcoming album in late 2017, many fans were highly upset. The reason? They didn’t like all the guest artists on the album, including Beyonce, Ed Sheeran, Pink, and Alicia Keys. Also, one artist wanted by fans was missing—2 Chainz.

Fans couldn’t deal with the level of seemingly pure pop-inspired tracks on Revival, but one fan on Reddit came to their rescue with his own theory. He believed that Eminem was actually putting out a double album. The first disc would feature the pop hits, and the second would contain the more hard-core tracks that fans have come to expect from Eminem.

The reasoning behind this theory? The word “REVIVAL” on the tracklist was obscured toward the bottom by a thick red line. According to the theory, the word would be fully displayed once the second tracklist was made public.[5]

Oh, btw, Revival was officially released on December 15, 2017. Only 19 tracks. No double album. And the word “REVIVAL” still has a red line running across the bottom on the cover art. 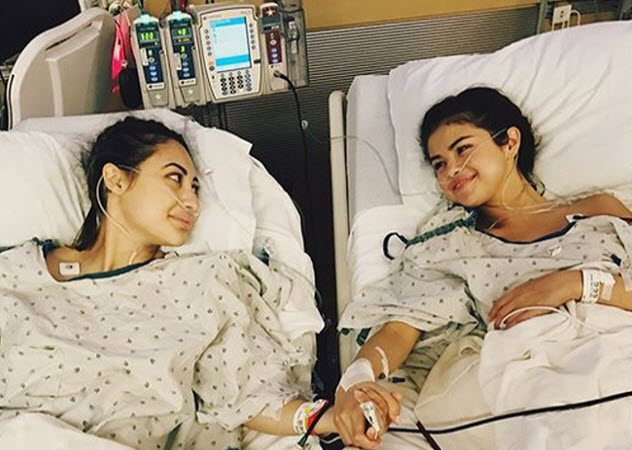 When Selena Gomez released her latest song, “Wolves,” eagle-eyed fans were quick to spot something in one of her previous music videos. In the video for “Bad Liar,” Selena wears a basketball uniform with the word “Wolves” on it. Her fans are now convinced that it was a hint of the single to come.

However, even before the song was released, fans started speculating that “Wolves” might be about Selena’s struggle with lupus. They also pointed out that “wolf” in Latin is lupus. Since Selena shared a picture on social media in September 2017 about her kidney transplant and said that she wanted to share her journey with her fans, the theory is that “Wolves” is her way of doing exactly that.[6]

Selena Gomez doesn’t just feature in her own set of fan theories, she also stars in fan theories about other artists. In Charlie Puth’s video for “How Long,” he is seen dancing around the streets of Los Angeles. Fans probably drew a collective breath when he stopped in front of a painting of a woman who resembles Selena in the video. Immediately, fan theories did the rounds that the song is about her.[7]

“How Long” is about Puth cheating, which left fans wondering if he cheated on Selena during a secret relationship. Before this theory took the Internet by storm, however, another theory had it that the song was about the uncomfortable breakup between Puth and Bella Thorne.

“Cheap Thrills” is one of the enigmatic Sia’s biggest hits. She even made two separate versions and two videos for it. The video set in the 1950s spawned a fan theory that the Sia dancers in it are actually time travelers.

2 ‘This Is What You Came For’
Calvin Harris And Rihanna

Calvin Harris, Rihanna – This Is What You Came For (Official Video) ft. Rihanna

When “This Is What You Came For” was first released, many fans weren’t convinced that Rihanna was the only one singing on the track. So they went through the song and music video with a fine-tooth comb, so to speak. Around the 1:18 mark in the video, fans found that the words “youuu yooooouuuu” are sung. But Rihanna is not moving her mouth, so the actual singer was . . . none other than Taylor Swift.[9]

Also, on Wikipedia, the credits include “Nils Sjoberg” as one of the writers, which is rumored to be one of Taylor Swift’s pseudonyms. Furthermore, singer John Newman included Swift in a tweet about the song, only to remove her name shortly afterward.

1 ‘Look What You Made Me Do’
Taylor Swift

Taylor Swift – Look What You Made Me Do

This list wouldn’t be complete without the absolute queen of conspiracy theories, Taylor Swift. If she’s not in the Illuminati, she is some kind of lizard or the clone of some other person. It is no different when it comes to her songs. Fans analyze her lyrics to death as is evident by the multiple theories about her smash hit “Look What You Made Me Do.”[10]

The first theory is that the line “Don’t like your tilted stage” is about Kanye West who had recently performed on a tilted stage. Another theory goes that Taylor also referenced her feud with Katy Perry with the line “I’ve got a list of names and yours is in red, underlined.”

Yet another fan theory concerns Taylor’s bit about the old Taylor not being able to come to the phone because she’s dead. Supposedly, she took the idea from Jenny Humphrey on Gossip Girl. Finally, a bombshell of a theory suggests that Katy Perry was in on making the video as a massive PR stunt to boost the popularity of both Taylor and Katy.