For millennia, seals have been employed for identification, authentication, and power. These ancient legal instruments have been found throughout the Mediterranean, Far East, and regions influenced by these cultures. Each is unique, indicating its owner’s status and the significant symbols of his culture.

Over the centuries, landowners and people of social standing around the globe have relied on seals for all official transactions. Seals offer valuable insights into the social structure, belief systems, and artistic techniques of bygone eras. To this day, some remain undeciphered and hold great mysteries.

10 Seal Of The Prophet 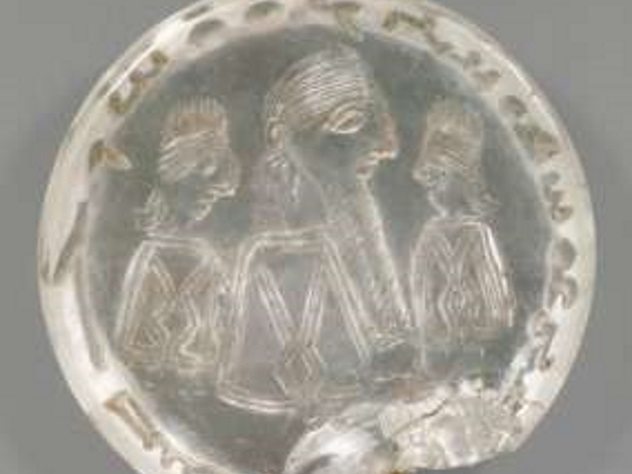 Unlike other religion founders, Mani wrote his own doctrine. Born in AD 216, the Persian prophet established Manichaeism, a faith drawing from Christianity and Zoroastrianism, among others. His works were signed with a crystal seal. Roughly the size of a quarter, Mani’s quartz seal was likely worn on a pendant. Some suspect it may have once been encased in gold. In a sunken carving, two disciples flank the prophet. An inscription around the image reads, “Mani, apostle of Jesus Christ.”[1]

Professor of comparative cultural studies Zsuzsanna Gulasci has been studying the ancient seal for insights it can provide into the prophet. She points out that Mani was critical of other prophets, specifically because they could not write. In these cases, they left the responsibility up to their disciples, who “did not have the capacity of a prophet, whose clarity of religious insight was believed to surpass that of ordinary human beings.” 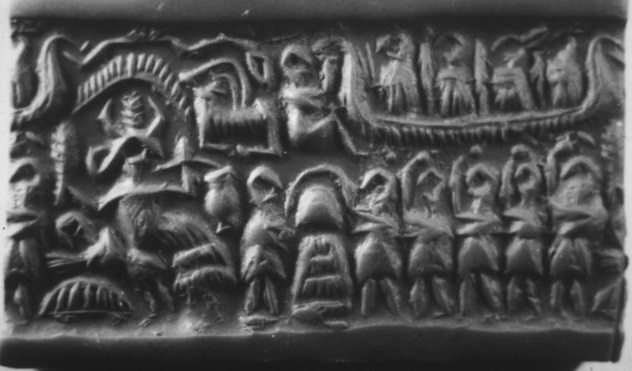 In April 2003, following the US-led invasion of Iraq, a collection of ancient Sumerian seals was stolen from Baghdad.[2] To this day, the responsible parties and location of the looted seals remain a mystery. The Iraq Museum housed a collection of 7,000 cylinder seals. Dated between the fifth millennium BC and the second century AD, these were ancient instruments to sign documents. When rolled out, each depicts a miniature, illustrated story. Typically, they were made from lapis lazuli, rock crystal, hematite, marble, or agate.

The Americans captured Baghdad in April 2003. Unfortunately, the Iraq Museum was left unprotected. According to legend, a young boy climbed through a window and ushered antiquities thieves into the priceless collection. Iraqi authorities offered a “no questions asked” policy for the return of the looted treasure. To date, nearly 5,000 cylinder seals remain missing. No one has faced justice for the looting. 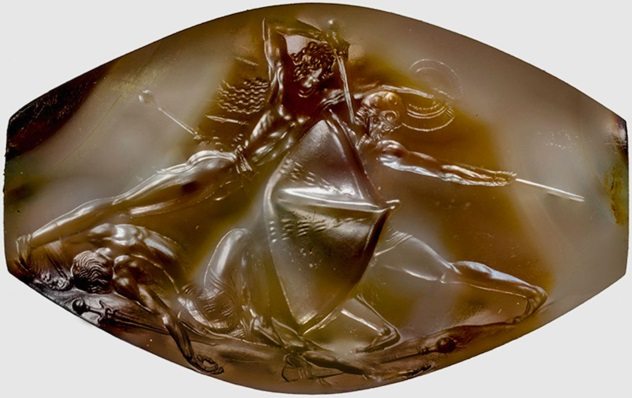 It took nearly a year to clean, but the Pylos Combat Agate proved to be one of the greatest seal stone masterpieces ever unearthed. Disinterred from the 3,500-year-old Bronze Age “Griffin Warrior” tomb in Southwestern Greece in 2015, the priceless artifact depicts a nearly naked, flowing-haired hero plunging his sword into the jugular of a helmeted and well-armored adversary.[3]Archaeologists unearthed the miniature masterpiece at the site of King Nestor’s palace at Pylos. The expertise of the Pylos Combat Agate forces researchers not only to reevaluate the complexity of art possible during the period but also the technology available for making it. Researchers had to employ a photomiscrosopy camera lens to view the miniature in full detail. The work is “incomprehensibly small,” notes University of Cincinnati’s Jack Davis, suggesting the virtuoso artist must have used an ancient magnifying glass. However, no such magnification aid has been found from the era.

7 The Seal Of Samson 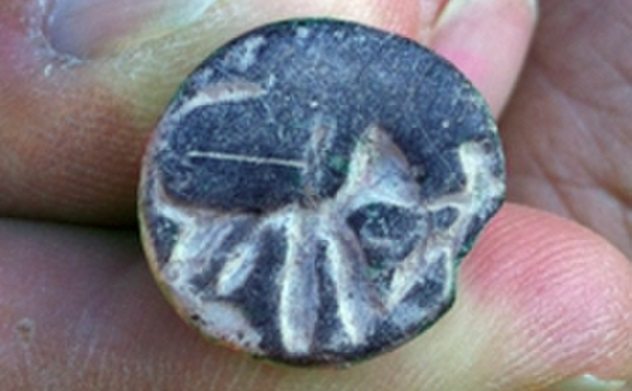 In August 2013, Israeli archaeologists discovered an ancient seal at Beth Shemesh that might depict the biblical Samson. Dated to the 12th century BC, the penny-sized seal bears an image of a man battling a lion. According to the Book of Judges, the legendary strongman left his home among the tribe of Dan to seek a wife among the Philistines. On his travels, Samson encountered a lion, which he manhandled as if it were a “young goat.”[4]

While tales of Samson existed in Beth Shemesh at the time of the seal, it does not indicate that this legendary lion slayer existed. His big cat battle is seen as an allegory for the dangers ancient people encountered when crossing borders between civilizations. “The area of Beth Shemesh was a cultural melting pot where Philistines, Canaanites, and Israelites lived in close proximity, maintaining separate cultures and identities,” noted researcher Zvi Lederman.

6 Smuggling The Seal Of Solomon 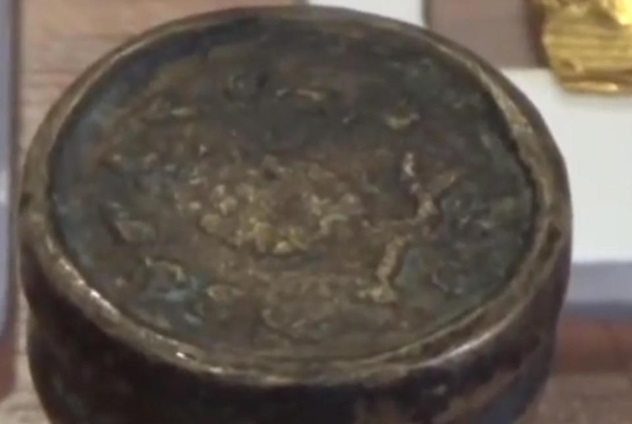 According to legend, the Seal of Solomon granted fantastic powers like communication with animals and command over demons. In October 2017, Turkish authorities announced that they had recovered an ancient bronze Seal of Solomon from a smuggler in Amasya Province. Along with the seal of the biblical king, ten other artifacts were recovered, including five golden tablets, a golden bull figurine, and a bronze amulet cloaked with Hebrew inscriptions.[5]

In Biblical lore, the Seal of Solomon is a signet ring containing the name of God and a six-sided star. The Testament of Solomon, supposedly attributed to its namesake, references the magical powers of the seal. This magical seal also pops up in Western and Islamic occultism. One of the central themes behind the seal’s symbolism is the harmony of opposites. It represents a link between magic and reason. How the smuggler acquired the mysterious ancient artifacts remains a mystery.

5 Cipher Of The Indus Seals 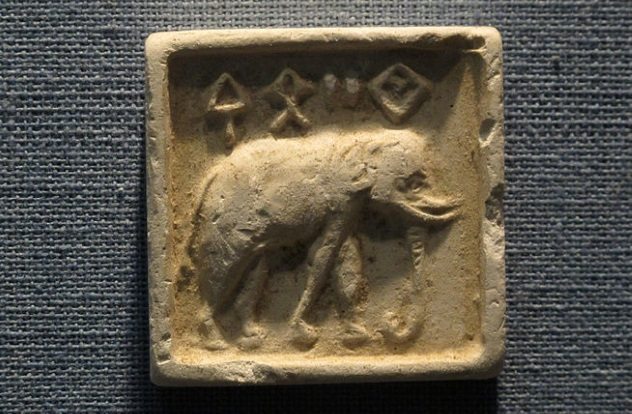 The Indus Valley Civilization flourished from 2600 to 1900 BC. With advanced water management, urban infrastructure, and even plumbing, it was one of the great cultural achievements of the ancient world. However, it remains largely a mystery to us, because their symbols have yet to be deciphered.[6]

In 1872, British general Alexander Cunningham unearthed a mysterious ancient seal in Northern India. The black stone contained carvings of interlocking ovals, lines, and fish-like patterns. No one could interpret the symbols. In the following years, thousands of other seals were unearthed in India, Pakistan, and Iraq. Frequently, they bear images of animals both real and fantastic. Short texts and a lack of knowledge of the underlying dialect or language family hamper translation efforts. Archaeologists hold out hope of finding a multilingual inscription like the Rosetta Stone, which proved essential in translating Egyptian hieroglyphics. 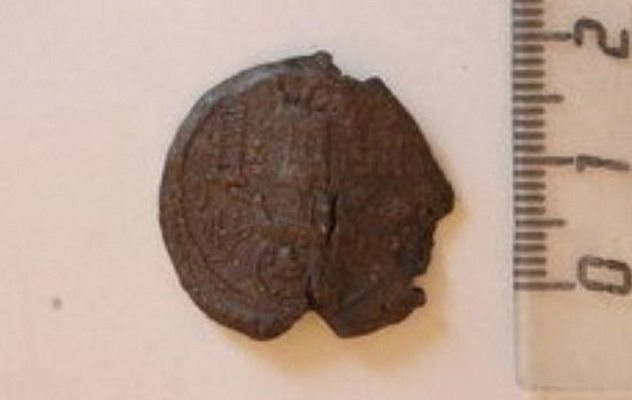 Grand Prince Constantine Vsevolodovich ruled Rostov and Novgorod between 1210 and 1238. For centuries, his wife’s name was a mystery. A discovery during the construction of a new sewer system in Yaroslavl finally solved the age-old question. Archaeologists performing rescue excavations unearthed an ancient leaden seal that revealed the name of the enigmatic grand duchess: Maria.[7]

“In Ancient Rus, everyone in a position of authority [ . . . ] had their own seal, which was affixed to all official documents and decrees,” noted researcher Dr. Pytor Gaidukov. Found near ancient wooden building foundations, the seal bears images of Saint Constantine and Saint Maria. Given the dating, location, and depiction of both male and female saints, the seal has been positively attributed to the princess. After her husband was killed fighting Batu Khan in 1238, the grand duchess changed her named to Agafya. The find places emphasis on the importance of women in pre–Mongolian invasion Russia.

3 Heirloom Seal Of The Realm 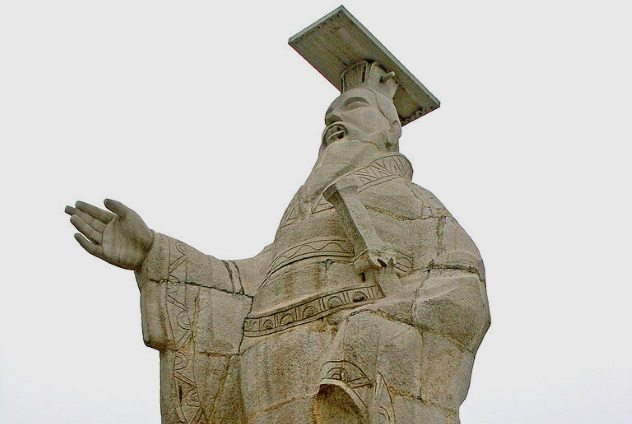 Throughout Chinese history, seals have been used as signatures and signs of authority. No Chinese seal is more important than the Heirloom Seal of the Realm. Crafted from the legendary He Shi Bi jade in 221 BC for Qin Shi Huang, the imperial seal was bequeathed from ruler to ruler until some time in the mid–tenth century AD, when it vanished.[8]

Chinese stamps were often made of wood. Elite individuals commissioned ones composed of precious stone like jade. Traditionally, they were considered more “official” than signatures. According to legend, the He Shi Bi stone was the largest piece of jade the founder of the Qin Dystasty ever laid eyes on. Carved stone seals remain popular among Chinese art collectors today. In August 2017, Gianguan Auctions announced that these seals, used to identify name, status, and position, were the most sought-after items in the Fall Asian Week auction. 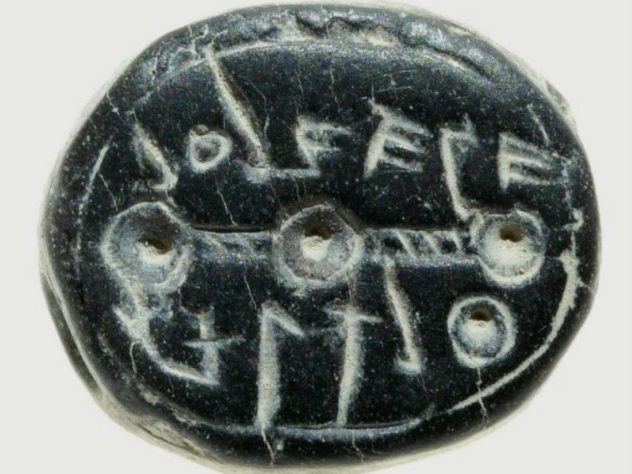 In March 2016, archaeologists unearthed an ancient signet ring that shed light on Jewish law during the First Temple period. Researchers found the ring during excavations of Jerusalem’s City of David. According to the seal’s inscription, it belonged to Elihana bat Gael. Her father’s name is also listed. The finding establishes that Elihana had legal status, meaning she could own property and conduct business. This challenges the traditional view that women of the First Temple period were relegated to domestic duties.[9]

Finding signet rings from the First Temple period bearing personal names is rare. Ones with female names are extraordinary. Like Elihana’s seal, other First Temple period signet rings bearing women’s names also list their fathers’ names—not their husbands’. It is possible this “might indicate the relatively high status of Elihana, which depended on her original family, and not on her husband’s family,” noted Hebrew University’s Dr. Hagai Misgav.

1 The Seal Of Queen Jezebel 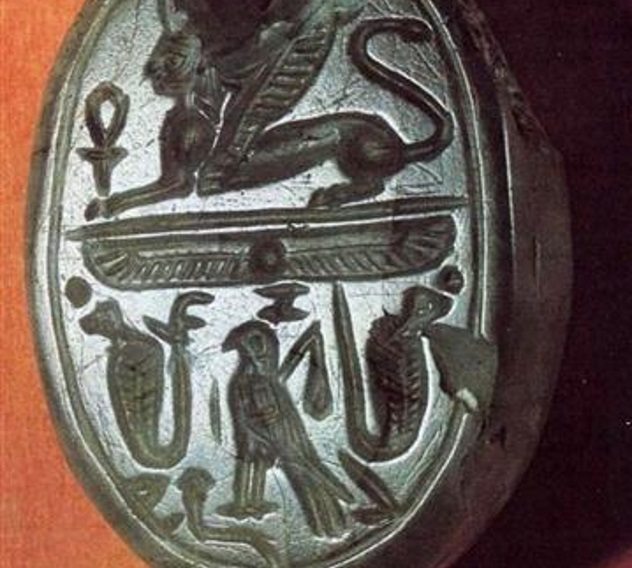 In 2007, an Old Testament scholar announced that he had discovered a seal that belonged to the infamous Queen Jezebel. Initially unearthed in 1964, the ninth-century BC seal bore the name “yzbl” in paleo-Hebrew, along with mysterious symbols suggesting a royal female owner. Common in the Levant at the time, Egyptian motifs, like a sphinx with an ankh in its paws, cloak the seal. Utrecht University’s Dr. Marjo Korpel concluded that the seal belonged to the Phoenician wife of King Ahab.[10]

According to the Bible, Jezebel exerted enormous control over her husband and used devious means to crush the faith of the Israelites. In the end, she was executed for sorcery, idolatry, prostitution, and murder. To this day, “Jezebel” connotes immorality. The seal could have easily belonged to another woman by the name “yzbl.” Dissenting scholars point out that Queen Jezebel did not use a “y” in her name.

A leading authority on occult music, Geordie McElroy hunts spell songs and incantations for the Smithsonian and private collectors. Dubbed the “Indiana Jones of ethnomusicology” by TimeOutLA, he is also frontman of Blackwater Jukebox.