Charles Darwin’s theory of evolution states that an organism will evolve and develop desirable variations and characteristics to ensure its survival. Disease-causing organisms like viruses and bacteria are living true to this theory by evolving and mutating to resist our drugs, vaccines, treatments, and immune systems.

Of course, their quest for survival isn’t in our best interests. But to them, they’re only trying to exist, nothing personal. We would have done the same if we were in their shoes. 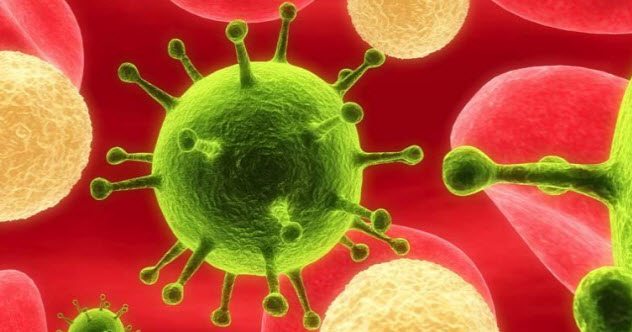 There are two types of HIV: HIV-1 and HIV-2. HIV-1 is the most common and is further classified into four groups: M, N, O, and P. Group M is the most common of all HIV strains and is further classified into subtypes A, B, C, D, F, G, H, J, and K. All these subtypes are genetically different and will readily merge to form new hybrids called circulating recombinant forms (CRFs). Eighty-nine of these CRFs have been identified so far.

This means that people already infected with HIV are still at risk of reinfection, either at the type, group, or subtype level. When they get reinfected, the two strains of HIV merge and create a new strain that could develop drug resistance. This is called dual infection, although coinfection or superinfection could be used, depending on the means of transmission. However, they all mean the same thing.

As if things couldn’t get worse, these hybrid CRFs are still capable of merging with other strains of HIV to create newer and more dangerous hybrids. One of these identified CRFs (called CRF19) is rampant in Cuba, where it was formed by the combination of the A, D, and G subtypes of HIV-1 Group M. CRF19 becomes AIDS within three years as compared to the 10–15 years it would normally take.[1] 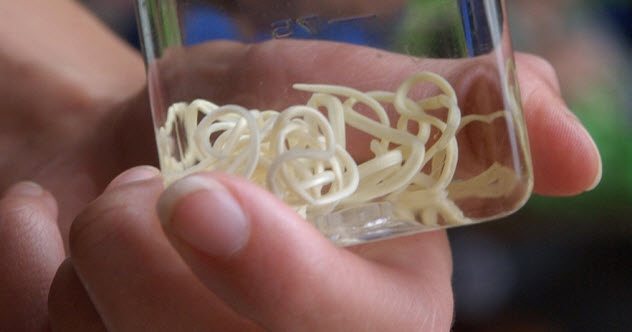 Since 1986, former US President Jimmy Carter has been on a mission to eradicate guinea worm, a terrible ailment that always ends with a worm of over 1 meter (3.3 ft) in length slowly leaving the body within a torturous span of one month. Only 11 cases of guinea worm infection were reported in 2016, a far cry from the over 3.5 million cases reported in 1986 when Carter began his anti–guinea worm campaign.

In Chad, one of the last countries still battling guinea worm, incidences of guinea worm infection in dogs have been documented since 2012. About 600 dogs were known to be infected in 2016, although the real figure will definitely be higher. It is difficult to monitor these dogs because they are allowed to roam freely. This unlimited freedom also makes it difficult to keep them away from water, which is what guinea worms need to reproduce.

Adult guinea worms create a burning sensation in infected people, which forces them to seek a source of water to “cool” the pain. The worm then lays its larvae in this water. The larvae are swallowed by small aquatic organisms, which themselves are swallowed by humans who drink this contaminated water.

These larvae grow into adults in the human body, and the cycle continues. No one knows how these dogs are getting these guinea worms, but it has been proposed that it might be from contaminated fish.[2] 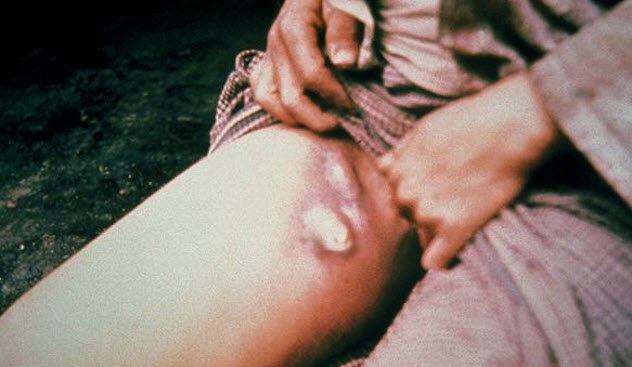 The Black Death was a pandemic that spread through Europe in the 14th century, killing about 25 million people or up to one-third of the total European population. It was caused by the Yersinia pestis bacterium that is transmitted from infected rodents to humans by fleas. The Yersinia pestis bacterium causes any of the bubonic, pneumonic, or septicemic plague in humans.[3]

As scary as it sounds, Yersinia pestis is still very much around. It is currently present in 25 countries, including Madagascar (which faced a mild epidemic between August 1 and November 22, 2017).

The scarier part of the plague is that it is becoming drug resistant. As of 2017, at least 10 common antibiotics are no longer effective in treating the disease. The resistance is believed to have been caused by the exchange of genes between Yersinia pestis and other bacteria like E. coli, Klebsiella, and Salmonella, which are all found in food. 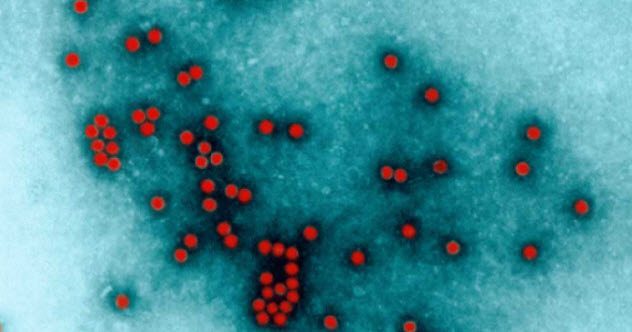 Polio used to be one of the biggest killers of young children. When it does not kill, it causes lifelong paralysis. However, it has suffered severe blows in recent years, thanks to vaccination. Normally, young children are given oral doses of a weakened strain of the polio virus which allows their bodies to build immunity against the stronger and natural polio.

Now it has been observed that this weakened polio, which usually leaves the bodies of children through their excrement, can regain its potency, mutate, and infect children. This mutated polio is deadlier than the natural polio. Worse yet, vaccination does not work against this type of polio.

As a result, children already vaccinated against polio are not immune to this new mutated polio, which is caused by the same vaccine used to immunize them. During one outbreak in the Democratic Republic of Congo, 47 percent of the infected 445 children died even though they had already been vaccinated.[4] 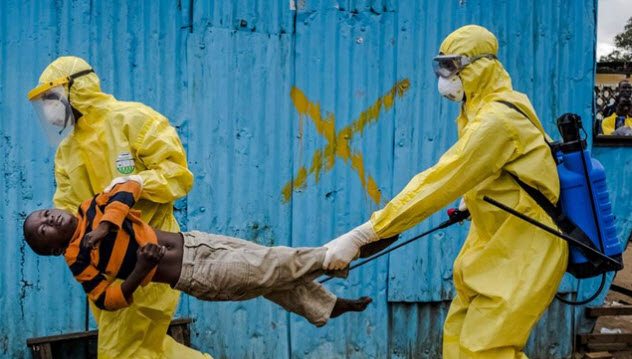 Most people heard of Ebola for the first time between 2014 and 2016 when it swept through West Africa. This period—which lasted from March 23, 2014, to January 13, 2016—remains Ebola’s deadliest run ever. It killed at least 11,315 people, five times more than the casualties in all its epidemics since it was discovered in 1976. This figure is even on the low side and is believed to be considerably higher.

The 2014 Ebola outbreak actually started in December 2013 when it claimed the life of a two-year-old child in Guinea.[5] By March 2014, it was already in Liberia. From there, it spread to Sierra Leone and a few other neighboring countries. During this period, it infected over 28,000 people, which is 100 times more than the number of people infected in earlier Ebola epidemics.

According to two different teams of virologists who studied the epidemic, it was deadlier because it involved a mutant strain of the original Ebola virus. The mutant is called A82V and was recorded as the virus responsible for over 90 percent of all infections.

Researchers believe that the A82V mutant was destroyed with the epidemic because it was poor at jumping to nonhuman hosts like the fruit bats believed to transmit Ebola to humans. 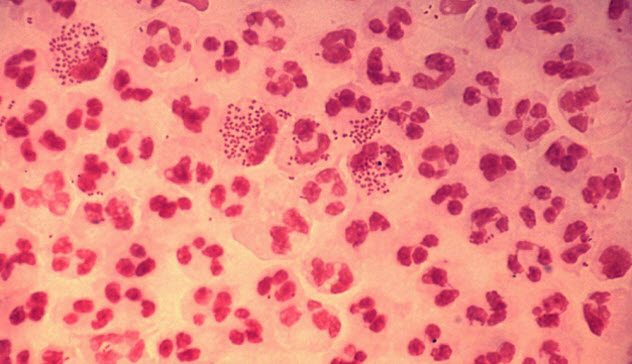 Data released from 77 countries shows that gonorrhea is rapidly becoming 100 percent resistant to drugs. These days, azithromycin, the major drug used in gonorrhea treatment, fails 81 percent of the time. Other drugs like the extended-spectrum cephalosporins (ESCs), which are the orally ingested cefixime or the injected ceftriaxone, fail 66 percent of the time.

The United Kingdom is one country facing a drug-resistant gonorrhea epidemic.[6] This mutated strain of gonorrhea, which they call “super gonorrhea,” is totally resistant to azithromycin and could soon be to ceftriaxone as well. Investigations by the BBC revealed that gonorrhea may have become resistant to azithromycin because infected people were taking it alone rather than in combination with ceftriaxone as per UK healthcare guidelines. 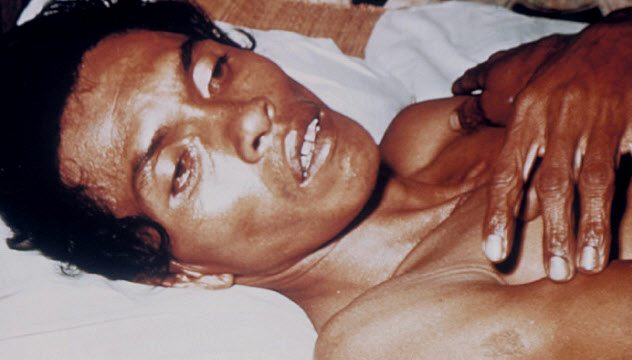 Cholera is caused by the consumption of food or water contaminated with the Vibrio cholerae bacterium. In most cases, it causes mild diarrhea and an infected person might not even know he has it. In the most serious cases, the disease causes severe dehydration, vomiting, and diarrhea that could kill the infected person within hours.

Haiti suffered a devastating cholera epidemic 10 months after the catastrophic January 2010 earthquake. The epidemic killed 9,200 people. However, some international organizations like Doctors Without Borders believe that this figure should be considerably higher because most cholera-related deaths went unreported. In some regions, only 10 percent of deaths were reported.

The Haiti cholera outbreak was caused by a mutated strain called “altered El Tor.”[7] It is deadlier than regular cholera and has been likened to the deadly cholera of the 1800s. Altered El Tor underwent three mutations that allowed it to bypass the body’s early warning system. It was first observed in 2000 and has been traced to Nepal. 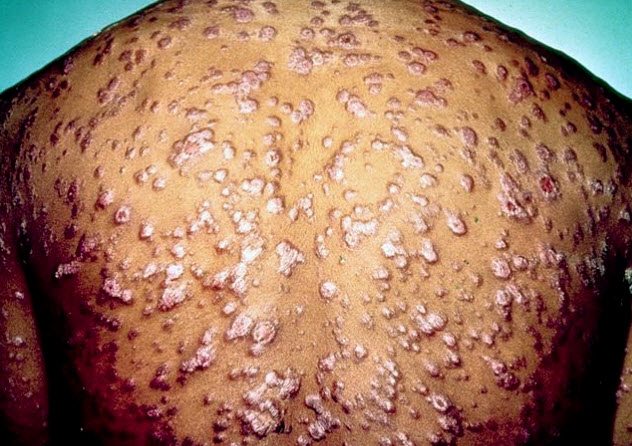 Syphilis is also called the “great imitator” because its symptoms often resemble those of other diseases. It is spread through sexual contact, although it can also be transmitted from mother to child during pregnancy.

Researchers have discovered that Nichols and Street Strain 14 (SS14), the two main strains of syphilis, are mutating. As a result, they are developing resistance to common antibiotics like penicillin and macrolides that are often used for treatment.

The mutation is more prevalent in SS14. In one analysis, about 90 percent of SS14 samples were drug resistant versus 25 percent for the Nichols strain. This newfound resistance is allowing syphilis to make a comeback.[8]

Since 2013, there has been a 15 percent increase in syphilis cases. The good news is that syphilis can still be treated by most antibiotics, although the disease could become resistant to these drugs over time. 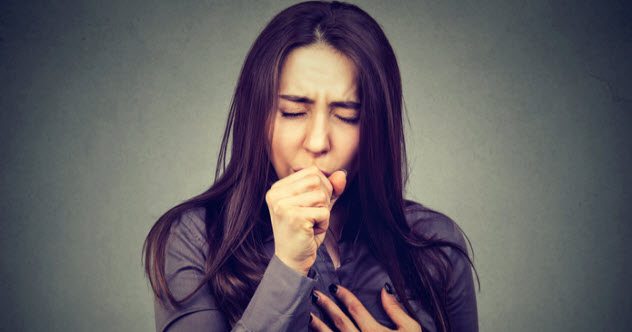 It is speculated that tuberculosis became drug resistant because infected people were not storing or taking their drugs properly. Tuberculosis is treated with a six-month regimen that must not be interrupted. Any form of interruption allows the ailment to develop a resistance to drugs.[9] 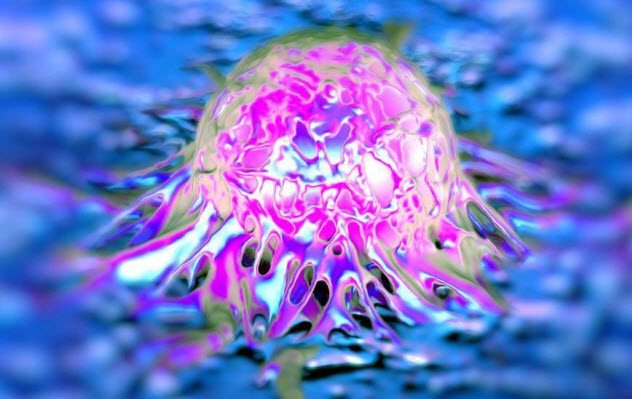 Cancer has been known to evolve and mutate since the 1970s. This mutation allows cancer to become drug resistant, to expel drugs from the body, and to repair cells already damaged by these drugs. Researchers believe that this mutation is caused by cancer cells that are not destroyed during treatment.

Lung and colorectal cancers are also capable of mutating. Their cells become resistant to radiation and chemotherapy regimens, leaving them untreatable.

One proposed method of curing these mutant cancers is by “individual specific therapy,” which is a treatment unique to an individual. However, this method is not foolproof.

One of the first drugs created for “individual specific therapy” was Herceptin, which sticks to the HER2 protein to destroy breast cancer cells.[10] However, the cancer mutated and started destroying the parts of the HER2 protein that Herceptin stuck to. Most of the time, the body responds by creating HER3 cells. This compounded the problem because Herceptin could not stick to HER3.