Your brain is a complex organ that is constantly working to keep you functioning and alive. It keeps you walking, talking, and just being human. However, we all know that things can go wrong with the brain. In fact, 18.2 percent of us suffer from some form of mental illness every year.

It’s likely that you’ve heard of conditions like depression, bipolar disorder, and schizophrenia. But you may not have heard of the conditions described below, which can alter the way you perceive the world or even make you think that your family members are impostors.

Everyone knows about the common condition known as color blindness, so you may find it relatively easy to understand what it’s like to be missing some or all colors from your vision. But can you imagine losing your ability to see motion?

This is called akinetopsia. One of the few known patients, a mother referred to as “Patient LM,” was diagnosed with the condition in 1978 at 43 years old. To her, the world looks like she’s watching a movie but only seeing a frame every so often.[1]

Patient LM was first admitted to the hospital with complaints of severe headaches. She had suffered a stroke which resulted in damage to her middle temporal visual area (MT or V5). This region of the brain is believed to be responsible for perceiving motion. Fortunately, she retained all other visual abilities, such as depth and color perception.

9 Losing Your Own Body 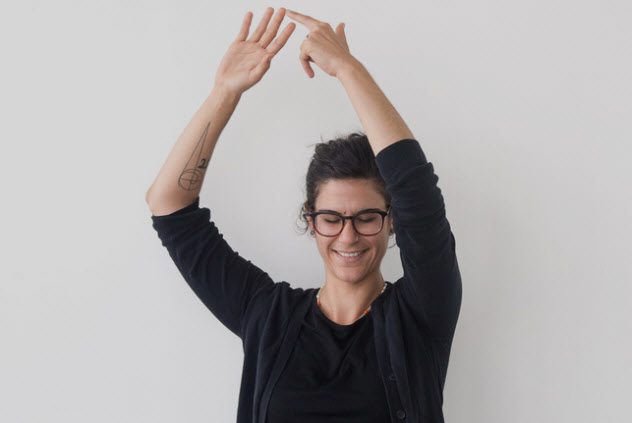 At age 19, Ian Waterman suffered a near-total loss of his sense of touch as well as proprioception, the ability to know where your body parts are. Without proprioception, the movements that you have been able to do your whole life without much thought (such as walking) become almost impossible.

Waterman was told that he probably wouldn’t walk again and would be confined to a wheelchair for the rest of his life. He was too stubborn for that, though. To perform many movements, he learned to replace his lost proprioception with his eyes and to plan all movements in advance.

With a lot of practice, he has regained his ability to make normal arm and hand movements. However, he still describes his walking as “controlled falling.”[2] 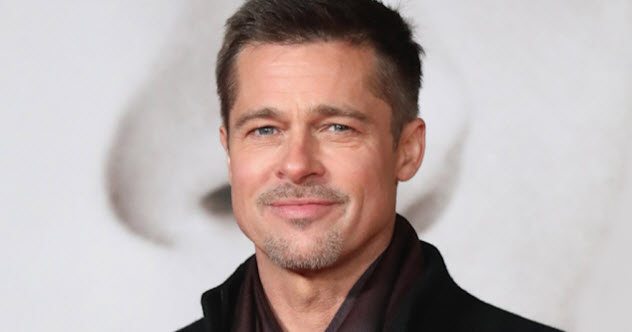 Prosopagnosia was introduced into popular culture when Brad Pitt stated that he may have this condition. In an interview with Esquire in 2013, he said that he should get tested.

Prosopagnosia is the loss of the ability to recognize people’s faces. However, you can still identify them from other characteristics, such as a unique smell or style of clothing.

Until quite recently, it was believed to be a rare condition that only occurred in those with neurological damage—for example, someone who has suffered a stroke or head injury. However, it has been seen in people without such damage. It’s now believed that around 1 in 50 people experience prosopagnosia.[3]

Another common belief is that prosopagnosia is associated with autism, but this is not the case. Although people with autism sometimes experience face recognition difficulties, the two conditions do not appear to be linked. 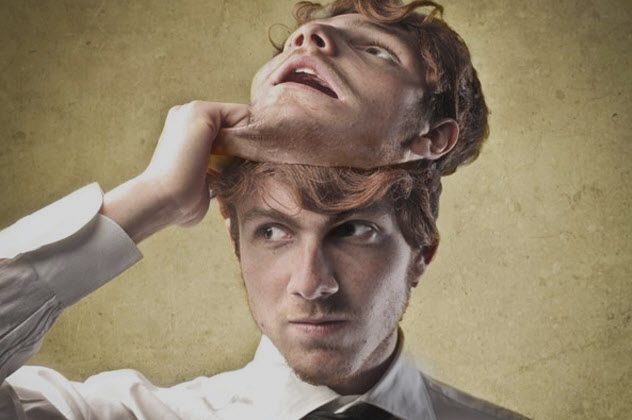 Imagine a scenario where someone you know suffers a traumatic head injury in an accident but luckily survives. Then the person wakes up and no longer believes that you are you. Instead, he thinks you’re an impostor.

This is known as the Capgras delusion and is believed to occur after someone sustains damage to the superior temporal sulcus, an area in the brain believed to be important in attributing emotional feelings to a person.

Even though the sufferer can still recognize faces, he can’t attribute feelings to the recognized individual and so believes that person to be an imposter. This also applies to the sufferer’s pets. He will believe that one of the impostors living with him has also replaced his dog.[4]

Even stranger, those with the delusion often know how absurd these feelings are. But as the visual sense is so dominant in humans, they find it hard to disregard the feeling that everyone they know has been replaced. 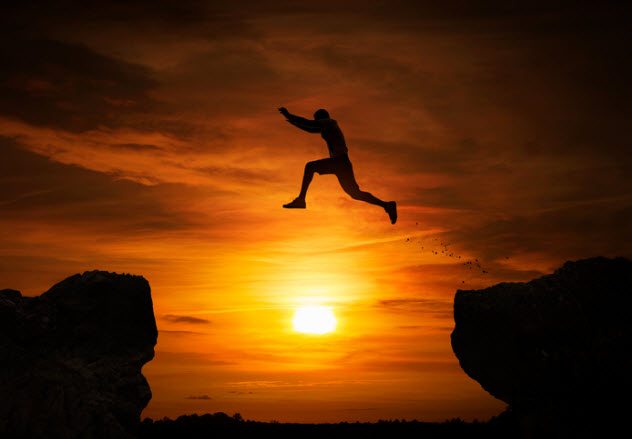 Ever think it would be nice to be fearless? Patient SM, who suffers from Urbach-Wiethe disease, experiences just that. The disease causes both of her amygdalae (believed by many to be the fear centers of the brain) to selectively deteriorate.

To test whether SM’s fearlessness applied to a variety of situations, psychologists took the woman to the haunted house at Waverly Hills Sanatorium in Louisville, Kentucky. When she was going through the house, SM was not scared whatsoever. Instead, she smiled and laughed at the haunted house.[5]

As some people don’t find haunted houses scary, the psychologists took SM to a pet store after she said that she hated snakes. Once there, she rubbed their scales and held them. Psychologists reported that she acted curious and interested rather than frightened of the snakes. 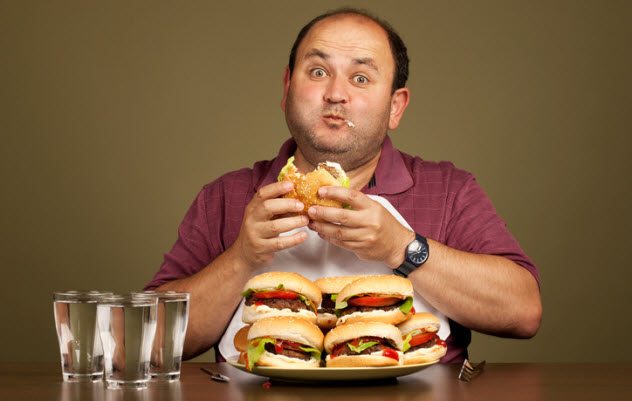 At age 19, “Kevin” (probably not his real name) was a law-abiding citizen who began to experience “attacks” of deja vu as often as 20 times a day. Other symptoms included sharp chest pains, breathlessness, and even musical hallucinations.

All of this was diagnosed to be a result of epilepsy, which was found to be caused by the right mesial temporal lobe in his brain. At age 39, Kevin underwent surgery to remove the part of his brain that was causing the issues.

Kevin was diagnosed with Kluver–Bucy syndrome. After his arrest, the defense argued that he was not in control of his actions due to his condition. As a result, he was given a reduced sentence.[6] 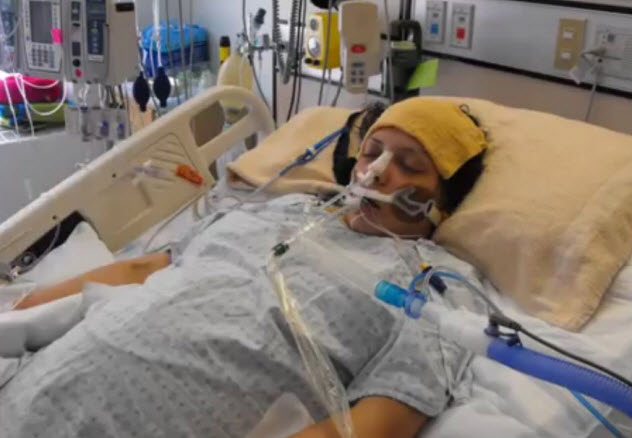 Although the cause is unknown, this disorder is believed to be triggered by a stomach flu or lung infection. Luckily, it only affects about 1 in 100,000 people, so there’s no need to worry too much. 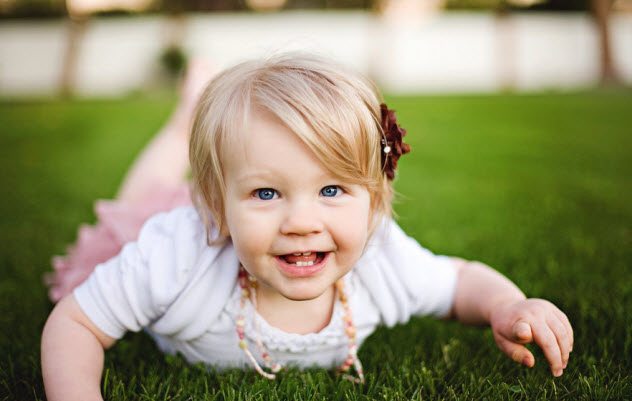 Rett syndrome affects babies and occurs almost exclusively in girls. Babies who are born with this syndrome appear to develop normally for about six months. Then they progressively lose their ability to control the muscles that help them move, coordinate, and communicate.

Babies with Rett syndrome often have smaller heads due to slowed brain growth. As they get older, this delayed growth becomes more noticeable in the other parts of their bodies.[8]

For now, there is no cure. Current treatments attempt to improve the child’s movements and communication as well as support the family.

Bobble-head doll syndrome also affects children, often around age three. It causes them to bob their heads up and down or side to side. If they try, the children can prevent the bobbing. It also disappears when they sleep. But if the child becomes excited or isn’t concentrating, then the bobbing worsens.

As children spend a lot of time being excited or not concentrating, this can be quite a problem. Luckily, it does not appear to be fatal. In fact, the disorder can be cured quite readily as it is caused by a cyst in the brain. Once the cyst is removed, the syndrome either disappears or its symptoms are significantly reduced.[9] 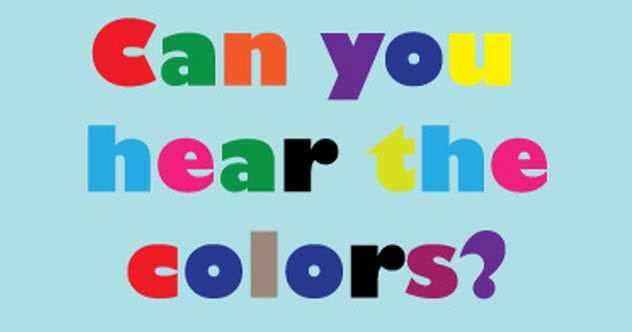 For people with synesthesia, one sense, such as hearing a noise or smelling an odor, simultaneously activates another sense. Of course, not all individuals react to every stimulus. There are different kinds of synesthesia.

In the case of sight, you may see a specific color whenever you perceive a certain letter or number. With taste, a certain noise may trigger a specific taste in your mouth. Usually, only two senses are linked. However, in rare cases, synesthesia can link three or more. In fact, the word “synesthesia” comes from Greek and translates to “joined perception.”

Women are three times as likely as men to have the condition. Synesthetes are also more likely to be left-handed and have someone else in their families with the condition. Estimates of the number of people with synesthesia vary wildly—from 1 in 200 to as few as 1 in 100,000.

Although scientists don’t know which areas of the brain are involved with synesthesia, some believe that this condition is caused by “crossed wires” within the brain. Other research points to the limbic system (which regulates emotional responses) as being responsible for this syndrome.[10]