The week that finally took us into March started with a bang. In the tiny central European state of Slovakia, the brutal gunshot execution of a journalist triggered a chain of events that could shake up the entire region. Elsewhere, China was setting a date with destiny, we were unraveling the secrets of the universe, and a bloody mystery gripped Britain. Here’s what’s been going on.

10 A Slovakian Journalist Was Murdered For His Work 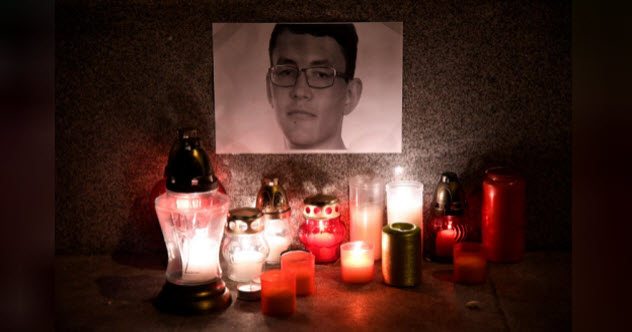 On Sunday, 27-year-old Jan Kuciak and his fiancee, Martina Kusnirova, were murdered in their home in Slovakia. The two were killed by a single gunshot wound each in what had all the hallmarks of a contract killing. The brutal slaying marked the first time that a journalist had been murdered since the country became an independent state in 1993.

The killing shocked both Slovakia and the wider EU. In Bratislava, Prime Minister Robert Fico appeared on TV beside a table loaded with one million euros and offered the money to anyone with information on Kuciak’s killers.

In Brussels, uneasy parallels were drawn with the assassination by car bomb of Maltese journalist Daphne Caruana Galizia in the last months of 2017. (That investigation remains ongoing.)

Aside from their EU passports, both Galizia and Kuciak were investigating high-level corruption in their governments. But while Galizia’s killing seems to have silenced her story, Kuciak’s murder gave his allegations a megaphone.[1]

9 The Killing Led To Shocking Revelations About Slovakia’s Government 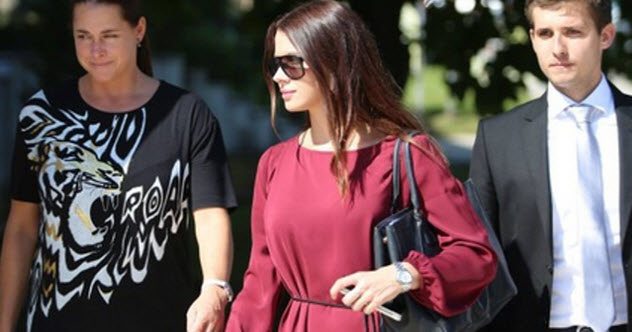 Only days after Kuciak’s assassination, his last unfinished story was published by an independent website. It was later picked up by the press and with good reason. If everything it details is true, Kuciak had uncovered a vast corruption network reaching into the very heart of Slovakia’s government.

The story is related to the presence of Italian mafia group the ‘Ndrangheta in the east of Slovakia. Kuciak alleged that Italian immigrant businessman Antonino Vadala was using the group to siphon off EU funds meant to alleviate poverty in Slovakia’s rural east.

But it was where the trail went next that caused uproar. One of the PM’s closest advisers—a politically inexperienced woman Fico had hired with no explanation—turned out to be closely linked to Vadala. It now looks like the ‘Ndrangheta bought themselves a hotline direct to the PM.[2]

Since the story broke, three ministers from Fico’s government with close ties to Vadala have resigned. The Slovak police have arrested 10 Italians in the east. Kuciak claimed that he had further information that the Slovak secret service was deeply involved. His final story may yet collapse the Slovak government. 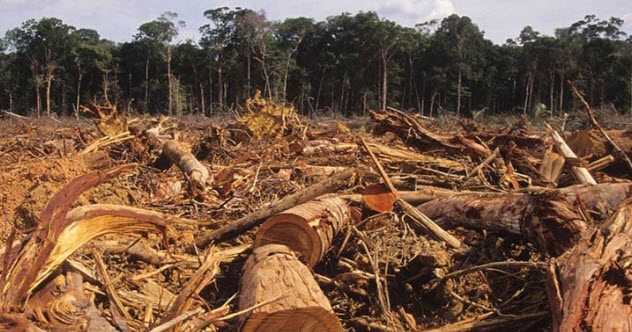 This is a story that could turn out to just be a minor footnote in the great history book of 2018. On the other hand, it may turn out to be the first moment in a much larger story. This week, Brazil’s supreme court upheld huge changes to a 1965 law protecting the Amazon from deforestation. The revised law potentially makes it more likely that devastating logging will go ahead.

The actual changes are somewhat arcane. They introduce an amnesty for those who illegally logged prior to 2008, allow for more logging on hilltops, and remove requirements to restore nearly 300,000 square kilometers (116,000 mi2) of logged land—an area the size of Italy. The agriculture industry says that the changes will boost Brazil’s economy. Activists say that they will open the door to the destruction of the Amazon.[3]

It will likely be many years before we find out who was right. But one thing’s for sure: The Amazon is a unique wonder of our world. Once it’s gone, it ain’t coming back.

7 We Detected Evidence Of The Universe’s Very First Stars 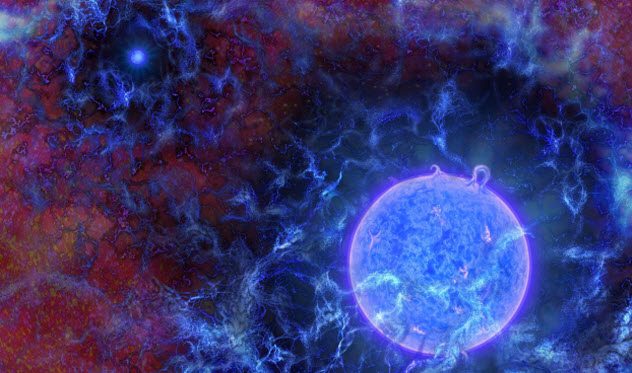 Do you have an image in your head of the big bang as a kind of superbright explosion that made everything get all hot and fiery? Well, time to be disappointed.

The actual big bang resulted in nothing but a pitch-black universe full of hydrogen and radiation that barely topped out at -270 degrees Celsius (-454 °F). It wasn’t until 180 million years after God’s party piece that the first stars actually formed. This week, we detected signals from them for the very first time.[4]

This is all sorts of impressive. These stars existed for a short time over 13 billion years ago in a universe significantly unlike our one today. (There wouldn’t be black holes for another 70 million years, for example.)

It was thought that detecting them might be impossible, but an antenna in Australia finally managed it. Actually, it managed it several years ago. But the team waited this long to publish their findings so that they could keep testing until they’d ruled out any other possibility.

6 China Lurched Toward A New Dictatorship 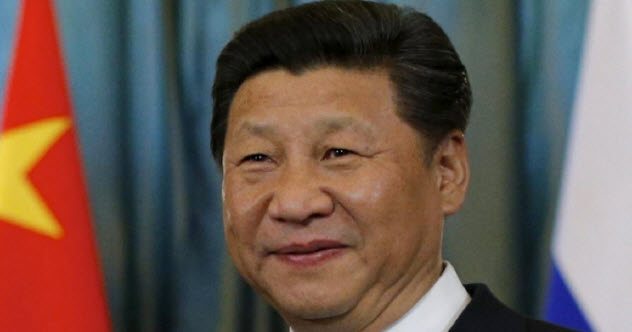 China is not a democracy. It has a single party that runs everything in a super-centralized manner, and dissenting viewpoints are quickly crushed. However, the Politburo was at least wise enough to recognize the disaster that Mao’s dictatorship had been and write a two-term limit for presidents into its constitution.

This week, those limits were dropped. There was no fanfare, no explanation. Just a single sentence buried in a regular party report.[5]

Low key as it was, the change sets up Xi Jinping to be president for life, potentially making him the first true dictator that China has had since Mao died. This wasn’t an unexpected move. Xi triggered such worries when he refused to name a successor at the last party congress.

But it still represents a massive shift in how the Middle Kingdom sees itself and what image it may try to project abroad in the 21st century. Given that China is well on its way to superpower status, how Xi runs Beijing will likely affect other nations across the globe.

5 A US Tourist Was Arrested For Dismembering A Japanese Woman 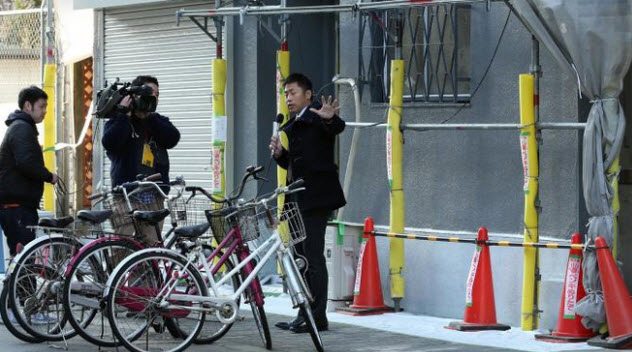 The issue of US citizens in Japan has become a charged one in recent years, with those at army bases in the country blamed for all manner of crimes. This week, a US tourist may have committed a crime that will add fuel to this diplomatic fire.

Bayraktar arrived in Japan in January and is known to have met many local women via social media. In a particularly gruesome twist, images of him taking a number of women back to the apartment in which he is alleged to have dismembered Kondo have surfaced. If he did indeed commit the murder, it seems that he may have practiced the steps he would take first.[6]

So far, Bayraktar has been charged with damaging and disposing of a corpse rather than murder. He has chosen to remain silent. 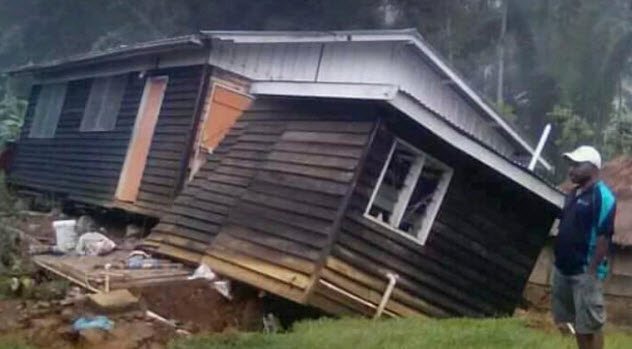 Early Monday morning, a 7.5-magnitude earthquake struck the impoverished island nation of Papua New Guinea (PNG), triggering huge shocks, a landslide, and the collapse of buildings. Some 30 people were killed and over 300 injured in the tremor, a sad total but not one unheard of in earthquakes.

However, the infrastructure damage was another story. Across PNG, roads were knocked out, health centers devastated, schools buried, and power sources destroyed. For a nation with a nearly 90 percent rural population, such widespread damage could spell economic catastrophe.[7]

The extent of the damage was symbolized by scenes in Tari of surgeons forced to operate on the injured by the light of their mobile phones. Behind the scenes, the quake caused chaos for oil and gas companies, which effectively make up PNG’s only profitable sector aside from tourism.

The fear is that the knock-on effects of the quake could wind up damaging this already poor nation even worse than the disaster itself.

3 Afghanistan’s PM Tried To Make Peace With The Taliban 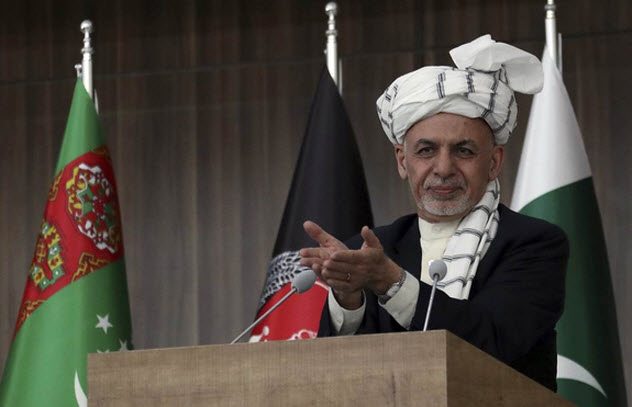 If you can’t beat ‘em, make them an offer of peace. That seems to be the thinking behind Afghan President Ashraf Ghani’s speech on Wednesday. He offered to recognize the Taliban as a legitimate political party and give them their own offices in Kabul in return for peace talks. His hope is that his generous offer may encourage the Taliban to end their 16-year insurgency against the government.

Among other things, Ghani offered new elections that the militants would be allowed to contest, passports for Taliban leaders, and constitutional amendments to address the fighters’ concerns. The proposals are broadly in line with offers that Bogota made to FARC in 2016 to end Colombia’s five-decade civil war. Ghani presumably hopes that if it worked for one terrorist group, it can work for another.

The offer comes at a sensitive time. Just last month, a Taliban bomb hidden in an ambulance killed over 100 people in central Kabul.[8] 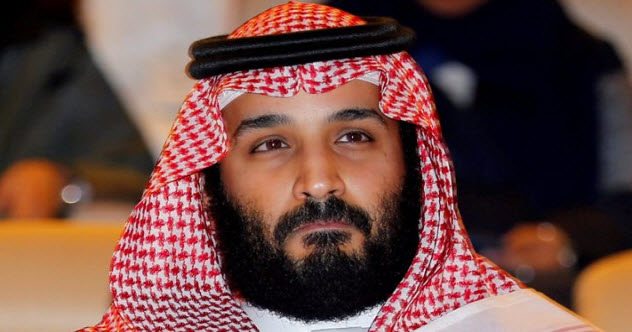 The past few months have been interesting for Saudi Arabia. Crown Prince Mohammed bin Salman launched a liberalization and crackdown drive that seemed to involve allowing Western culture and women’s rights in even as he jailed or purged hard-liners and rivals from the ruling families.

After ending 2017 by going after business elites, the crown prince has now started 2018 by going after the military. This week, Riyadh purged the entire top brass of the military and air force, including the chief of staff. As with so many other of bin Salman’s moves, it is the biggest shake-up the nation’s army has faced in decades.[9]

Although the purge was conducted under the guise of liberalization (women are now to be allowed to serve as soldiers, for instance), there’s speculation that it could really be about money.

Saudi Arabia is desperate to break its reliance on American, British, and French technology for its unpopular war in Yemen. Removing the generals may have been a way of ditching those who might oppose bin Salman’s new policy for manufacturing weapons on Saudi soil.

1 A Mysterious Explosion Left The British City Of Leicester Reeling 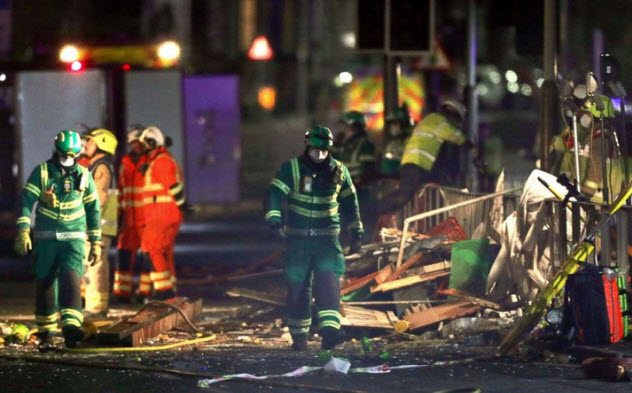 It was the sort of story that should have been a national tragedy. On Sunday, a Polish store in the British city of Leicester was destroyed in an explosion that also wiped out the house to which it was attached. Five people, including a worker at the store and three members of a family that lived above it, were killed. Another five were badly injured.

But instead of becoming a focal point for national mourning, the blast became one for speculation. At the time of this writing, the police still don’t know what caused it.[10]

Three men have since been arrested on manslaughter charges, and police are adamant that it wasn’t related to terrorism. Still, that leaves a long list of things that might have caused it, each worrying in their own particular way.

It’s thought that the cause of the blast will not become clear for many days or weeks. Until it does, the people of Leicester are left dealing with a tragedy that no one understands and no one can explain.