In the past, it seemed as though not a week would pass where a body was not found inside a well. In fact, the topic of bodies in wells was a popular subject in many of Australia’s newspapers in the early 20th century. Reports there far exceeded those published in the United States.

There were many ways for bodies to end up in wells, from a quick disposal to madness. Sometimes it was simply an accident, but many times, the reports from the past make it easy to believe that murder was involved. After all, dumping a person into a well often led the police to mark the death as self-inflicted instead of something far more sinister. 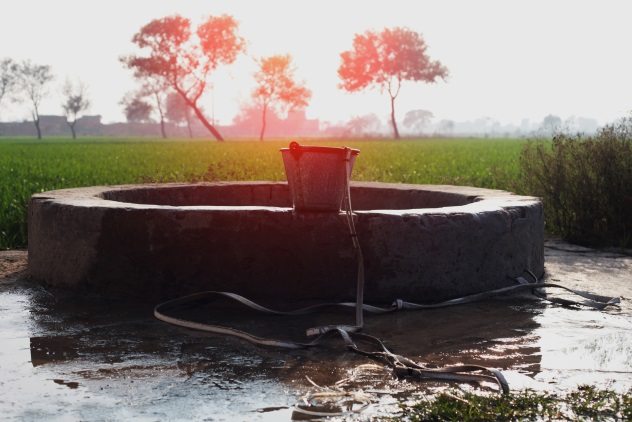 In 1915, group of men were busy working in Bearbong, New South Wales, but when they noticed that the well water had a rather peculiar flavor, all work stopped. They thought a sheep might have fallen into the well and went to investigate.

The well was deep, and the bottom could not be seen from the opening. One of the men decided to go down into the well to investigate what was causing the added flavor in the water. Upon reaching the bottom of the well, the man discovered, much to his horror, the very decomposed body of a man.

The police were called in, and the body was brought to the surface. It was determined that the corpse must have been in the well for about three weeks and that it belonged to a local worker. No foul play could be found, and after a brief investigation, it was decided that the worker must have gone to the well one night and accidentally fallen in.[1] 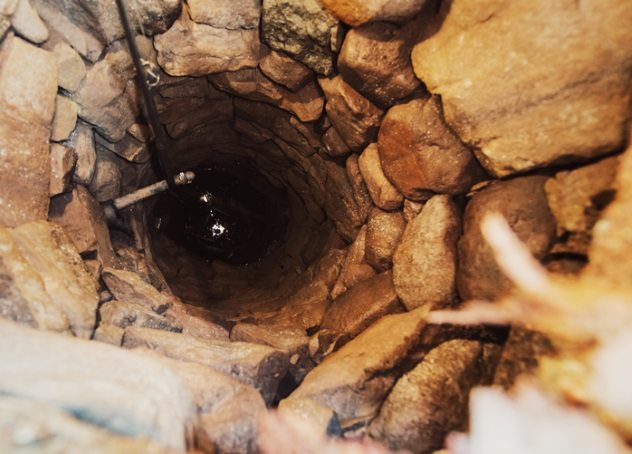 Not only is there no honor among thieves, but crime simply does not pay off in the end, as two members of a horse-stealing gang soon found out.

As it was, Ben Tasker and Old Man Lund started off as the best of buddies, but after numerous legal battles and some courtroom backstabbing, the two soon became mortal enemies. Lund had made the mistake of loaning Tasker some money. After Tasker refused to pay Lund back, Lund took him to court to recover his cash. While the lawsuit was nearing its end, Lund told friends that Tasker was threatening to kill him.

Shortly afterward, Lund disappeared. No one knew if Lund was alive or dead until one day, while Tasker was serving jail time for an unrelated charge, the horse thief started shooting off his mouth about murdering Lund and dumping his body in a well in Bingham, Utah.

Police eventually got word of the murder and arrested Tasker in 1876. Meanwhile, they sent their men to the old well. Some 27 meters (90 ft) down and under earth and stone, they found the remains of Old Man Lund. While badly decayed, he could still be identified by the clothing he was wearing and other scraps of evidence.[2] 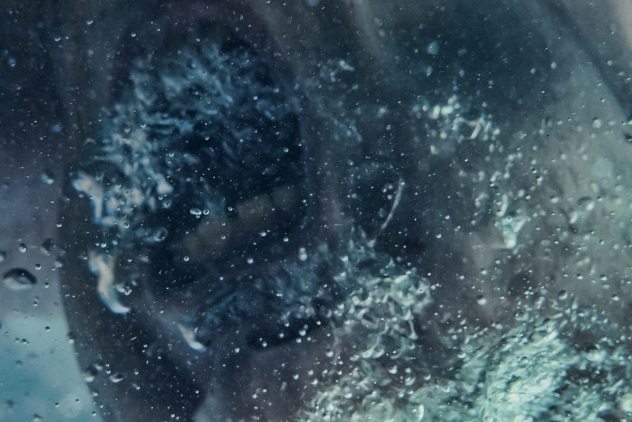 It appears from many old newspaper reports, especially those published in Australia, that many people chose to end their lives using wells. They not only chose to jump into the wells to drown, but they also appeared to get very creative with the task, leaving one to wonder what was going through their minds at the time or if there might have been something much darker going on.

For instance, Thomas Hutchings, aged 55, was discovered dead, having pitched himself headfirst into a well in Yamba, NSW, in 1927. He had attached one end of a long rope to a tree stump and tied the other end of the rope around his ankles. He must have measured the rope and well depth perfectly because when he hopped headfirst into the well, only his head was submerged in the water.[3]

The police ruled his death a suicide because the man had appeared depressed to others.

In 1938 in East Maitland, NSW, Mrs. Hariet Barclay was discovered in the well in her yard. At 44 years of age, she had a husband and three children. One day, she disappeared, and six hours later, her body was discovered. The police had to pump out over 6 meters (20 ft) of water from the well to remove her body and the heavy weight that was tied around her neck. 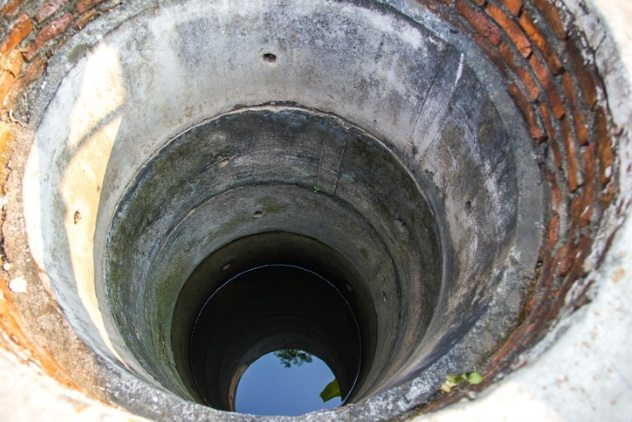 Long-forgotten and abandoned wells continue to be a serious problem to this very day. Livestock, pets, children, and even adults can fall into them and not be found for hours or even days.

In South Dakota in 1912, old forgotten wells littered the landscape where young Clem McDaniels lived and worked. He worked on a threshing rig and could be away from his family for days at a time, making it easy for him to disappear without being missed.

One Sunday night, as he walked to the threshing rig, he fell into one of the old wells. Days passed by. His family, including his widowed mother, didn’t think anything of the man’s absence. His workmates thought he may have been sick and was taking time off to recover.

Eventually, someone was sent from the rig to his mother’s home to see how Clem was coming along. When it was discovered that he had left for work days ago, a search was launced to find him.

Most horribly, Clem’s body was found inside the well, but he had only been dead for several hours. There were signs within the well which indicated to investigators that the young man had survived for days in the water, but eventually, the chill, hunger, and fatigue overcame him.[4]

6 Brought Up In Bucket 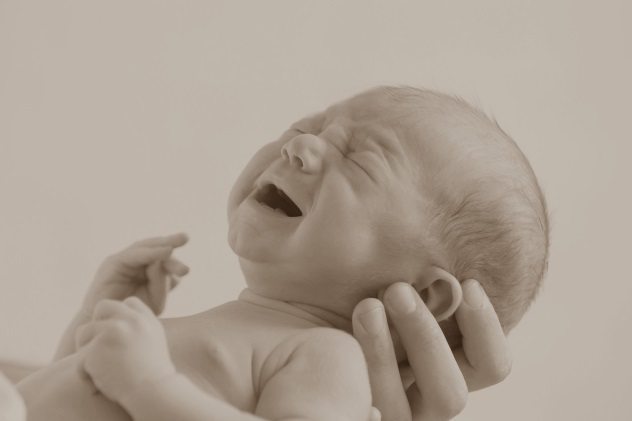 There were numerous reports in the early 1900s about babies crawling unsupervised and falling into wells as well as young children going missing, only to be found sometime later in the nearby well. Even sadder are the stories about unwanted babies and children turning up in wells. There were some published reports about stillborn babies being disposed of in abandoned wells, but more often than not, a baby in a well was a case of infanticide.

In 1931 in Red Range, NSW, E. Scott went to a nearby well and dropped in a bucket. As he pulled up the water, he saw something in the bucket that he would never forget. It was a portion of a small, decomposing body.

The police were contacted and went into the well, only to discover a weighted bag that contained the remains of a small female child. Given the times, no further information was provided about the case, and it was probably ruled as unsolvable, as were many cases of infanticide during that time period.[5]

5 Leave It To Curiosity 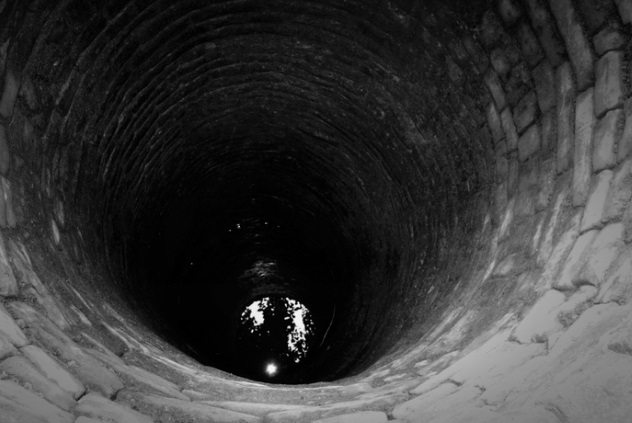 Curiosity can be a good thing or something terribly bad. Take, for instance, a case back in 1940.

Mr. A. Cowling of Woodford Island, NSW, took his horse to a nearby trough for a drink. While waiting on his horse to finish, Cowling walked over to the well and took a look down. To his horror, he saw a man’s body at the bottom with a black snake wrapped around its torso.

It was an accidental death, according to the police. They believed the man stopped at the well to wash his clothing. He spotted the black snake in the water, leaned over, and fell in. Since there were no signs of a struggle or violence on his body, the death was ruled as an accident.[6]

4 Sometimes There Were No Clues 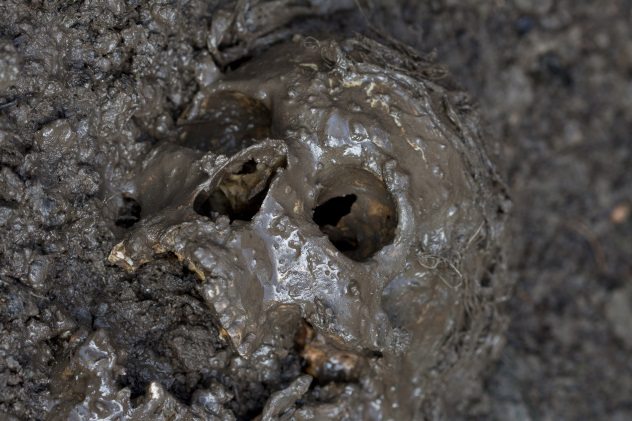 It happened in Kentucky back in 1905. Someone discovered the soupy remains of a body in an old well.

The police came, but the body was so badly decomposed that they had to fish out many of the meat parts with a hook before retrieving the rest of the remains from the bottom of the well. The corpse was identified as belonging to a male, but they had no idea whose body it was or how it got into the well.

This happened quite often in the past. Migrant workers and the forgotten would wind up inside an old well. No one reported them missing or cared to claim their bodies.

As for causes of death, unless some witness spoke up, they could not be determined because the bodies were far too decomposed. Instead, the remains would be placed in an unmarked grave in a potter’s field.[7] 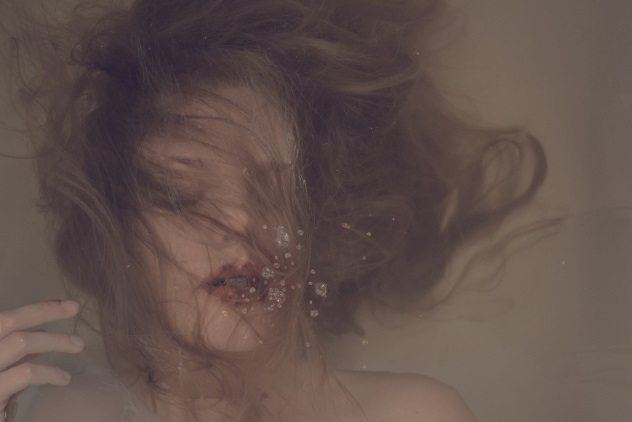 When looking to hide a dead body, the local well usually isn’t the best place to stash it. Such happened in a sensational case back in 1904 involving an Ohio couple.

Isa Matthews was a mere 17 years of age and worked as a domestic. One day, she got into an argument with her boyfriend, Joseph Kelcher, and returned his ring. Joseph was not ready to let the girl out of his life, and a few nights later, he showed up in his buggy. The two rode off into the night, never to be seen alive again.

The next day, Joseph’s buggy was found abandoned by the Ohio River. There was blood inside. Later, Isa’s body was found dumped in a local well. She had been murdered beforehand.

As for Joseph, his body was not found, but it was assumed that he had jumped into the river and ended his life. No further search for him was made.[8] 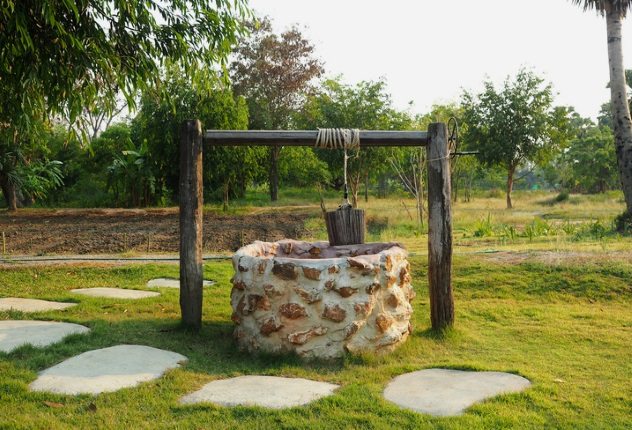 Jack Conway’s body was found in a well at the back of the Farmers’ Arms Hotel in Matong, NSW, in 1936. The death appeared to be a homicide. After all, what person jumps into a well and closes the well covering after himself? Besides that, his pockets were found empty, and it was known that he’d had cash in his pockets before his body was discovered in the well.

However, after an investigation, the police came to the conclusion that it was not a murder at all. The 55-year-old man reportedly had a bit too much to drink. That and the fact that he was blind in one eye made the police declare that the man had merely stumbled into the well, after emptying his pockets of cash. And then, in his drunken state, he apparently closed the lid above himself as he fell to his death.[9] 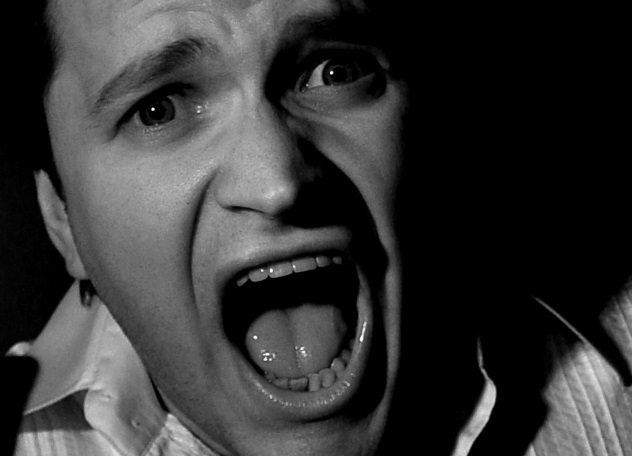 There were a few unusual circumstances surrounding the death of Mr. H.C. Braswell in North Carolina in 1906. There was a broken window, the stretch to the well, and that fact that Braswell had drowned in less than 1.2 meters (4 ft) of water.

As police investigated the scene, they could come to only one conclusion: In a fit of madness, Braswell jumped through the window of his house, ran to the well, and jumped in headfirst.

His death was ruled a suicide due to a fit of temporary insanity. Case closed.[10]

Read more gruesome tales of bodies found in unexpected places on 10 Curious Places Where Corpses Were Discovered and 10 Horrific Cases Of Bodies Found In Barrels.