The effect of war on the world is devastating. It destroys families, cities, and countries. It also causes PTSD among many other ailments and has long-lasting effects on economies.

If war continues unabated around the world, tragedies like the ones detailed below will never end and this quote might very well ring true in time:

“Mankind must put an end to war before war puts an end to mankind.” –John F. Kennedy 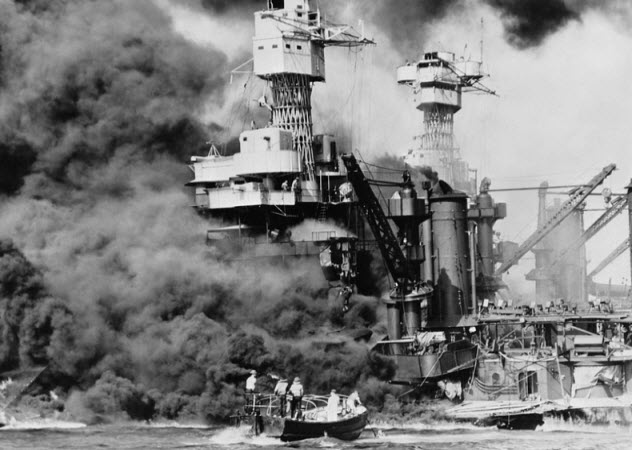 When a banging noise emerged from the wreckage of the USS West Virginia the day after the Pearl Harbor attack, those who survived didn’t think much of it—until they realized that the banging came from desperate men trapped underneath the sunken ship. There was no way of getting them out. The Marines on land could do nothing but cover their ears and grieve for those who would surely die a horrible death.

When the battleship was finally raised from the water six months later, the remains of three young men were found in a storeroom. Alongside them was a calendar on which they had marked off the last 16 days they had lived.[1]

The terrible news was kept from the families. When some siblings of the deceased eventually heard the truth, they kept it a secret from their parents to spare them the horror and heartbreak of the young men’s suffering. The men—Ronald Endicott, Clifford Olds, and Louis Costin—all have December 7, 1941, engraved on their gravestones as their date of death. 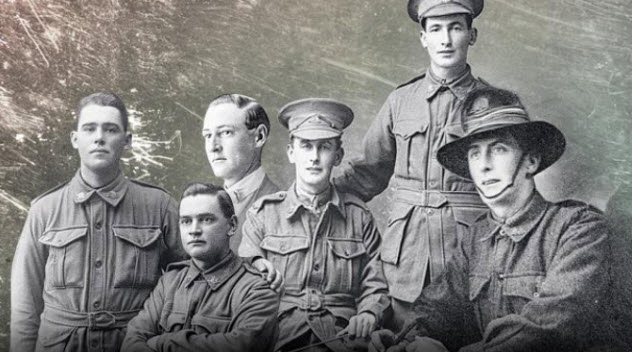 Frederick and Maggie Smith, an Australian couple, watched their seven sons go off to join World War I. Their two youngest boys were so eager to contribute and fight in what was called the “war to end all wars” that they signed up for duty under false names because they were under 21 years old at the time.

Tragically, only the oldest brother survived. Francis Hume Smith is the only one who returned to his parents’ home after his six siblings were killed in action. However, tragedy struck again when Francis somehow landed under a tram in 1923 and was killed as well.[2]

8 Youngest Soldier Of World War I 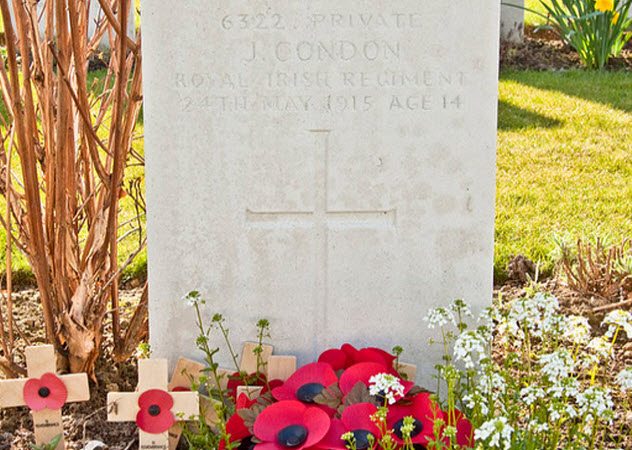 As the poisonous fumes of chlorine gas cleared over the trenches along the Western Front, 1,000 men lay dead. It was the first time that the German soldiers had used the gas in warfare, and it resulted in the one of the most horrific onslaughts during World War I in 1915.

Later on, while the deceased men were being laid to rest, a terrible truth came to light. One of the brave soldiers found in one of the trenches was only 14 years old.[3]

When he had joined the military two years earlier, John Condon had lied about his age, telling superiors he was 18 when he was only 12. Other than the Tomb of the Unknown Soldier, Condon’s grave is the most visited by tourists. The boy has been recorded in history as the youngest soldier to be killed in action. 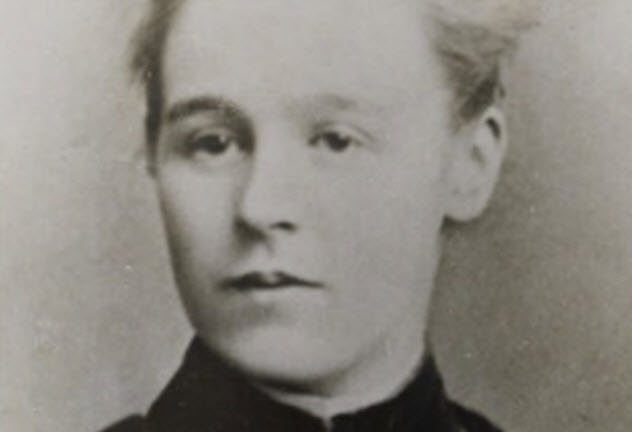 More than 3,400 Huddersfield men died during World War I. All of them had families and lives they had left behind to fight for their country. Among all this tragedy was another sad tale of a nurse, Ada Stanley, who trained at the Huddersfield Royal Infirmary and was taken to the Dardenelles on a hospital ship to care for wounded soldiers.

The 44-year-old nurse contracted dysentery during the return trip. But she disregarded her own health to ensure that all of the soldiers who needed help were taken care of when they got off the ship. Ada Stanley collapsed in December 1915 and died shortly afterward. She was the only Huddersfield woman who died while in service during the war.[4] 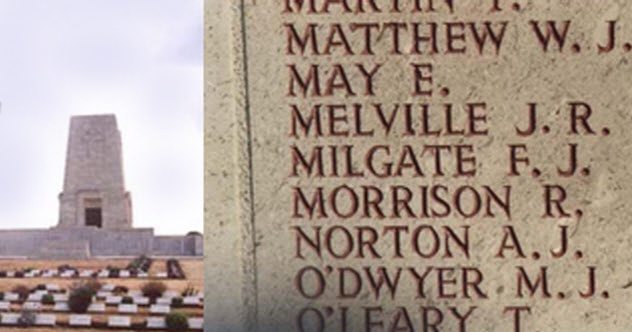 Three of the Melville couple’s five children set off to assist in various ways during World War I. Their daughter went to Greece to work as a nurse, one of their sons traveled to France to work as a doctor, and another son signed up to fight as a soldier at Gallipoli.

Jack Melville was only at Anzac Cove for 12 hours, advancing to Courtney’s Post when he was killed during the fighting that ensued. His body remained behind enemy lines for an undetermined time, leading to several conflicting reports on what had actually happened to him.

Confirmation of his death never came, only a report that he was missing and believed to have been killed. As a result, until their own deaths, his parents continued to hope that their son might somehow still be alive.[5] 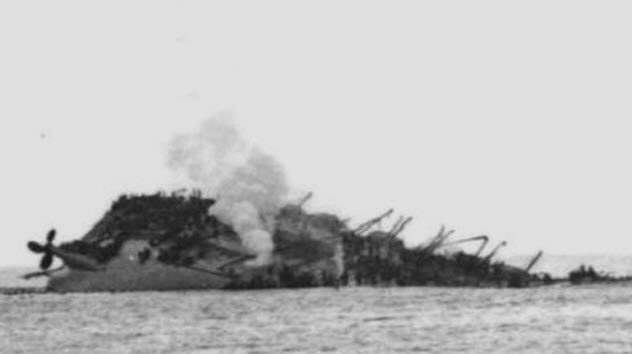 Infamous maritime disasters, such as the sinking of the Titanic and the Lusitania, remain engraved in the annals of history and in people’s minds. However, Britain’s worst maritime disaster during World War II has been forgotten to a large extent.

In June 1940, the ocean liner Lancastria was bringing British soldiers home when it was bombed by the Germans near Saint-Nazaire. It took only 20 minutes for the massive ship to sink, causing the deaths of 4,000 people, including women and children. Later reports detailed how soldiers sang songs to keep the calm and helped other passengers while the ship sank.

The families of those aboard the Lancastria are still fighting for the recognition and remembrance of their loved ones more than 75 years after the disaster.[6]

4 Message In A Bottle 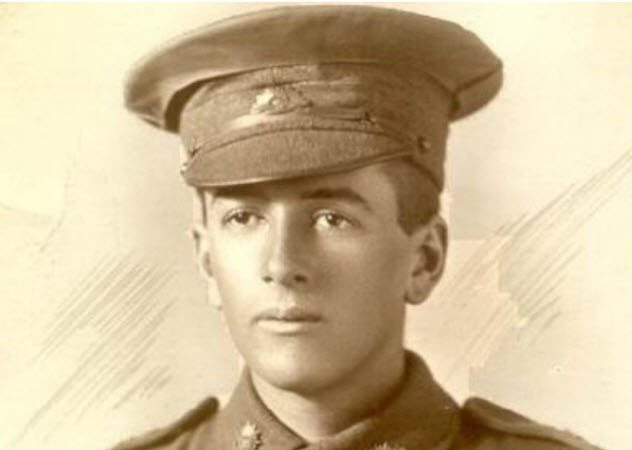 In June 1916, 19-year-old Will Williams was aboard a ship in the Southern Ocean, en route to join other brave soldiers fighting in World War I. Williams, aware of how anxious his parents were about his departure, wrote a short note to them before placing the piece of paper in a bottle and tossing it in the ocean.

The bottle washed up in Yorke Peninsula in January the following year, and those who found it ensured that the message got to Williams’s parents. They were overjoyed at the note that stated their boy was well and they shouldn’t worry.

Sadly, their joy was short-lived as a message from the front weeks later informed them that their beloved son had been killed by a German sniper after becoming stuck in a collapsed trench.[7] 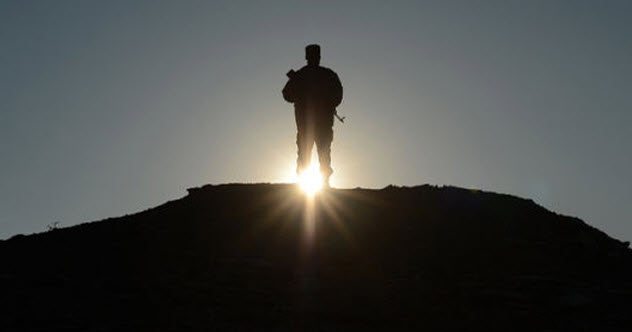 After completing hundreds of war missions in Iraq, running the Northern Iraq Intelligence Center, and being a senior analyst for several countries, Daniel Somers ended up with PTSD and a severe brain injury among other ailments at age 30. Struggling to come to terms with how his life had changed and how his family would be impacted by it, Daniel decided to write a suicide note in the form of a last letter to his family.

In the letter, Daniel described how much he loved his family and that he could not take them down the dark spiral into which he was descending. He detailed his physical pain and said that eternal sleep would be the only thing that would bring him relief and peace.

He asked that his beloved family not blame themselves for what he was about to do and said that his death would be quick and painless. Lastly, he hoped that, in time, his family would be happy that he was finally free. Daniel Somers shot himself in the head on June 10, 2013, several blocks away from his home while his wife was at work.[8]

2 Boy In The Ambulance 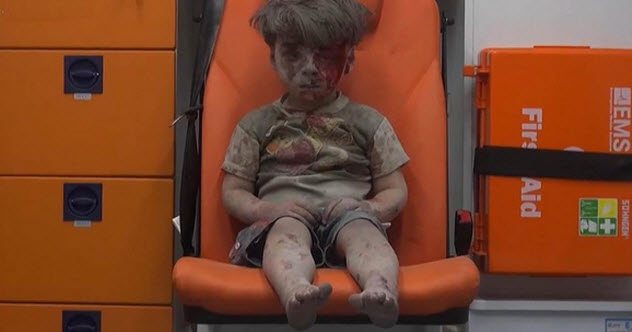 At five years old, children are supposed to be playing with toys, eating ice cream, and playing outside. However, in war-torn countries, the children have very different experiences. In 2016, people around the world were shocked when a picture of a five-year-old boy rescued from the rubble after an airstrike in Aleppo was circulated on social media.

Omran Daqneesh was rescued with the rest of his family from the remains of their apartment building after the deadly airstrike. A picture was taken of him sitting inside an ambulance covered in blood and dirt. Fortunately, Omran suffered no serious injuries and was discharged later on. However, five other children from the building were not so lucky.[9] 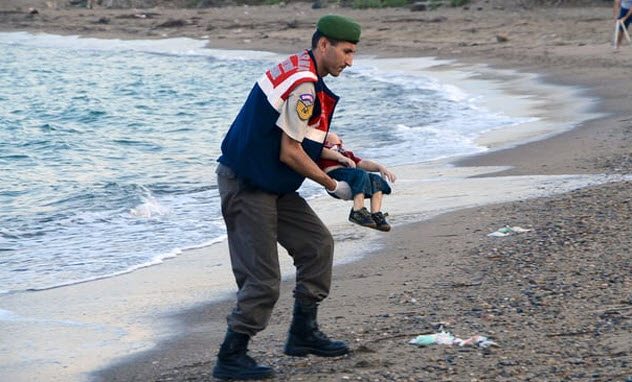 In an attempt to flee from the fighting in Syria in 2015, a Kobani family joined a group of refugees who were headed to Kos, an island in Greece.

Two small boats carrying 23 of the refugees—including three-year-old Alan Kurdi, his five-year-old brother, and their parents—capsized after they set off from the Bodrum peninsula. Alan and his brother were among the five children who drowned during the accident.

The little body of Alan Kurdi washed up on a beach in Turkey. The subsequent picture taken of him lying facedown on the beach sent shock waves around the globe. Alan’s father later told news agencies that he had tried to hold on to both his kids and his wife when their boat capsized, but his boys slipped away as the boat deflated.[10]