Discoveries that comply with cosmological models are like a scientific pat on the back. But the ones that don’t hold up to previous standards excite the imagination the most because they imply a more mysterious, dynamic, and maybe even scarier universe.

Sometimes, we get a little too sure of our scientific knowledge. These latest discoveries show us just how much we don’t know and how much we’ll have to rethink our previous theories about the final frontier.

10 A Supernova Birthed Our Solar System 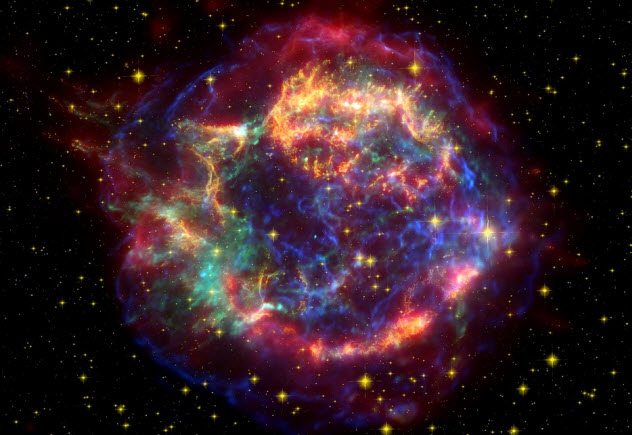 Every cosmic catastrophe is just the birth of some other phenomenon. A supernova, for example, might spark a solar system into life. Our solar system.

The solar system began as a debris cloud, which coagulated into countless bodies that drifted together or apart to form the eight planets and miscellaneous rocks we call home. But that process needed a catalyst.[1]

Like a supernova. The evidence comes from isotopes in ancient meteorites. One of these is iron-60, which decays into nickel-60 and is produced by certain stars and supernovae. The meteorites contained this telltale nickel-60, suggesting a supernova shock wave punched the solar system to life. This implies that supernovae across the universe could be continuously birthing new solar systems.

9 Proxima b Is Probably Scorched And Barren 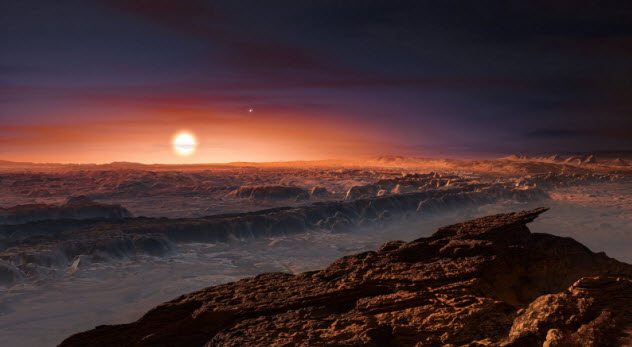 Only 4.2 light-years away, the red dwarf Proxima Centauri is our closest stellar neighbor. And it harbors an Earthlike habitable zone planet, Proxima b.

But it’s probably barren. In March 2017, astronomers watched Proxima Centauri grow 1,000 times brighter over a 10-second span, suggesting either a catastrophic flare or extraterrestrial weapons testing. In spite of the star’s small mass, the eruption was 10 times larger than the Sun’s mightiest outbursts.[2]

At 4.85 billion years old, Proxima b has probably been absorbing similar hits for eons now. Its atmosphere and water would have long been stripped away by the intense radiation. So the relativistic probes of the future are unlikely to find any interesting biology at their first destination. 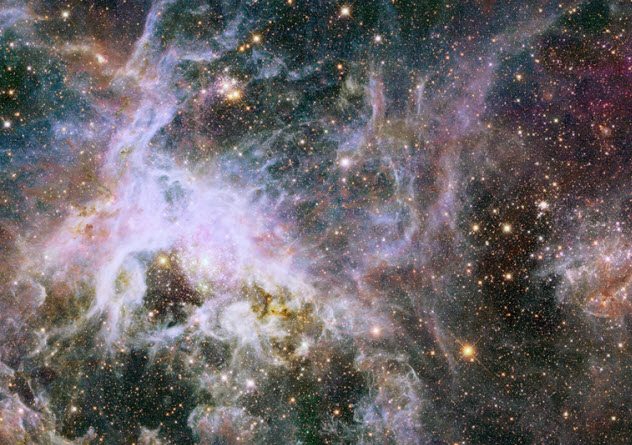 The universe appears to be far more spangled with massive stars (10 or more solar masses) than formerly indicated.

And the most massive stars are getting upgraded. It was believed that 200 solar masses was the upper limit, but astronomers are raising that figure to 300 solar masses. This implies a much more violent universe with 70 percent more supernovae and an 180 percent increase in black hole formation.[3]

7 The Universe Is Teeming With Synestias 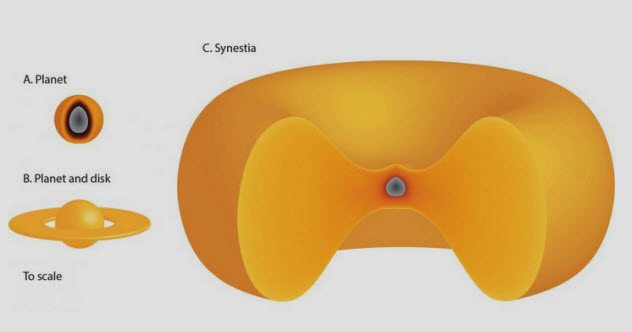 Planetary bodies came in about two flavors, planets and ringed planets. But that family just expanded with the addition of the synestia, a much bigger cloud of vaporized rock shaped like a red blood cell.

These wispy monsters are the result of catastrophic crashes between two rapidly spinning, planet-sized chunks. The angular momentum from each body is conserved and whips up their shattered remains into a puff of molten debris “with no solid or liquid surface.”

It’s crazy to think that there’s a theoretically super-common, entirely new type of planetary body that we haven’t directly observed yet. Probably because it doesn’t last very long, maybe only 100 years, a hilariously infinitesimal span in cosmic terms.[4]

6 Stars Can Be Smaller (And Colder) Than Planets 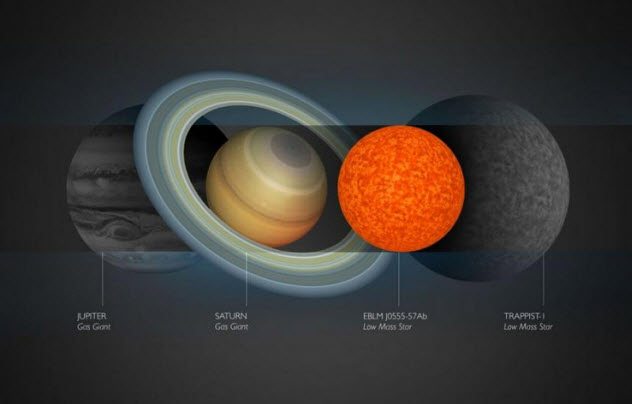 We picture even the wimpiest stars being far more substantial than, say, a planet. But astronomers have just discovered the cutest, littlest star ever, EBLM J0555-57Ab.

It’s only 600 light-years away, and its radius and mass are only about 8 percent that of the Sun. In fact, it’s so small that it’s only a hair larger than Saturn. So it wouldn’t even be the largest planet in our solar system thanks to Jupiter. It’s even colder than some gas giant exoplanets.

5 TRAPPIST-1 Is Too Old For Life 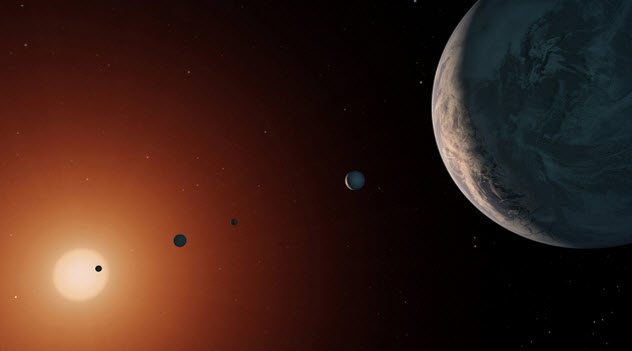 The seven-planet TRAPPIST-1 system discovered in February 2017 is a prime suspect in the search for alien life, with multiple potentially habitable planets. At least it was when its age was estimated at 500 million years old.

But new criteria, including the system’s speed around the center of the galaxy, the star’s metal content, and chemical absorption lines, suggest that the TRAPPIST family is at least as old as our solar system and potentially twice as old at 9.8 billion years.

So it’s unlikely to host life as it was probably sterilized by flares long ago, a cosmic tragedy and reminder of how rare life may be.[6]

4 Dark Matter May Be Disappearing 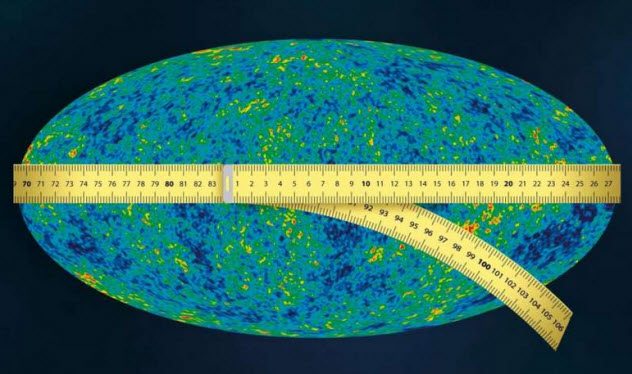 Dark matter seems immortal and ever present, but a new monkey wrench in the gears paints dark matter as an unstable entity.

Fluctuations detected 300,000 years after the big bang didn’t match the speed of expansion of the universe given by models. This can be explained by decaying dark matter, which existed at the dawn of time but has since decayed into neutrinos or hypothetical particles.

The analysis says the current universe is 5 percent poorer in dark matter because some of it decays and some of it doesn’t. These unstable constituents may have all died out after the first several hundreds of thousands of years. Then again, maybe they didn’t because they may still be decaying and constantly changing the layout of the future universe.[7] 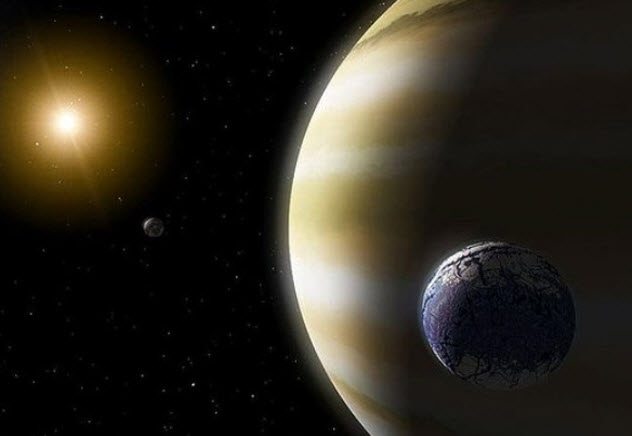 The spaceborne Kepler spacecraft has discovered thousands of exoplanets but no exomoons, which might be because they’re hiding around the planets farthest out from their stars.

Recently, Twitter broke the news that astronomers may have detected the first extrasolar moon. They discovered a planet candidate, Kepler-1625 b, which obscures a curious amount of light from its star.

The lopsided light dip outlines Kepler-1625 b as a heaving Jupiter-size body with a Neptune-size companion moon. Astronomy is finally on the brink of glimpsing alien moons. This means a significant boost in the search for habitable bodies, though further review with Hubble is necessary to consolidate the claim.[8]

2 Dark Energy Is Acting Up 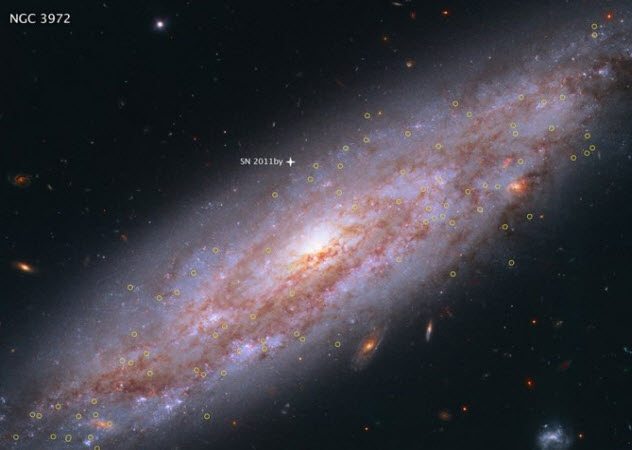 The universe is expanding more quickly than it should, and no one knows why. Astronomers have been using Hubble for the past six years to improve the accuracy of expansion parameters. They calculated that the universe is expanding at a rate of 73 kilometers (45 mi) per second per megaparsec. So two galaxies separated by 3.3 million light-years, or one megaparsec, are flying apart at 73 kilometers (45 mi) per second.

That’s an irreconcilable 9 percent discrepancy compared to Planck satellite predictions, with only a 1-in-5,000 chance of error.[9]

The study implies that dark energy is even more confounding that previously thought. Maybe it’s growing stronger. Or maybe it’s more “sociable” than thought and is interacting with the universe in a novel way. Or an entirely new type of particle could be at fault.

1 All Sunlike Stars Have Siblings 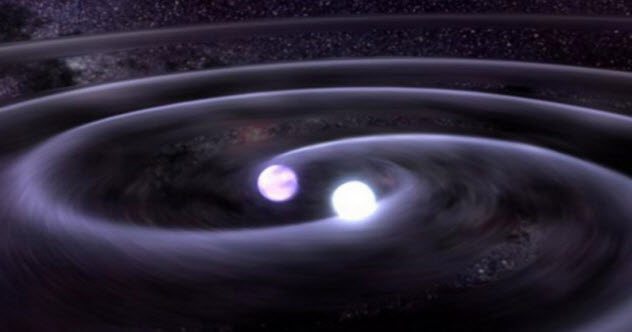 Lots of stars have companions, potentially even the Sun. A new study says that it does because all Sunlike stars are born binary.

Astronomers surveyed young single stars and binaries in the Perseus constellation 600 light-years away, but the math makes the most sense when all Sunlike stars are born as “wide binaries” approximately 500 astronomical units apart (1 AU = 150 million kilometers (93 million mi)).

But the partnerships either shrink or break apart early in their lifetime, after only about a million years. And a long-lost sibling could better explain the current state of our own solar system.

Though the universe is still an overwhelmingly lonely place and the model suggests that 60 percent of these pairs eventually split up, the remaining stars shrink into “tight binaries.” Meanwhile, our Sun’s theoretical companion, Nemesis, may be lost among the other stars in our galaxy.[10]

Read more about exciting space discoveries on Top 10 Things Going On In Space That Will Melt Your Brain and 10 Major Space Science Stories Of 2017.