Some individuals have been granting their bodies immortality for millennia. Although these people are not alive, certain preservation techniques allow autopsies to be performed as if the deceased had died recently—even though the person has been dead for thousands of years!

The process of preserving the flesh has been seen in ancient cultures since before 5000 BC, more than 7,000 years ago. Almost all of us have heard of ancient Egyptian mummies or seen a preserved body at some point, and these are our main benchmarks for understanding body preservation after death. We’ll explore crude ancient techniques along with more modern procedures, so get ready for a stomach-knotting ride. 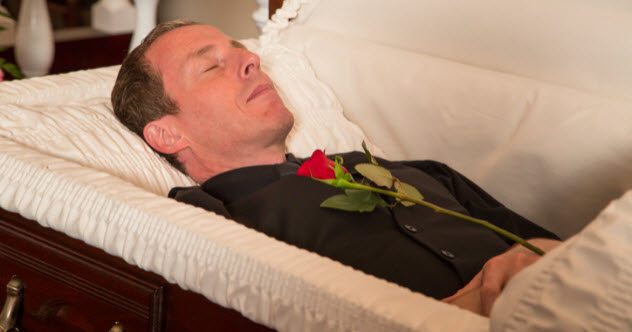 This is certainly one of the first methods that will come to mind when thinking of ways that bodies are preserved. The use of formaldehyde has been the predominant method of embalming bodies since this chemical compound was discovered by German chemist August Wilhelm von Hofmann in the 1860s. Not too much has changed in the world of embalming, with formaldehyde sitting as the foundation.

After draining the body of fluids and gases, a string of chemicals is introduced to the body system through injections and typically involves a drying or freezing process.[1] Many bodies are then lightly sprayed with a waxy mixture to try to create an impermeable seal around the cadaver. This helps to prevent the growth of microbial colonies. This method is the most common way to preserve bodies today, although it may be changing soon due to the toxicity of formaldehyde. 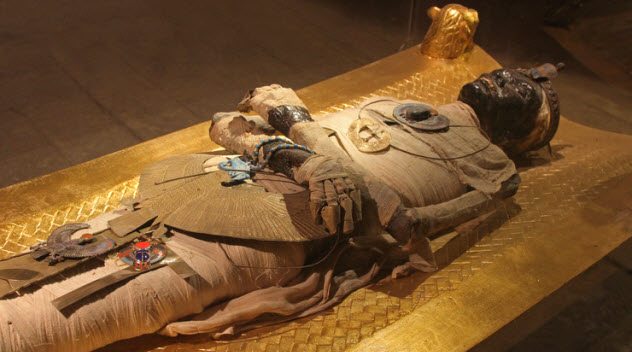 Another commonly known method of preservation was popularized by the ancient Egyptians—mummification. Almost everyone has seen a depiction of a mummy, whether during a history class or by watching actors like Brendan Fraser take one down on-screen. No matter how we became aware of mummies, the process used by Egyptian priests to preserve these bodies is incredibly impressive.

First, the dead body was washed in palm wine and water from the river. Then, an incision was made on the side of the torso. Most of the internal organs were removed, excluding the heart due to spiritual reasons.

After that, the brain was removed through the nose with a thin hook. The body was stuffed with natron (a salt mixture) and left to dry out over 40 days. Then the body was washed once more before being wrapped in the recognizable outfit of oiled linens.[2] 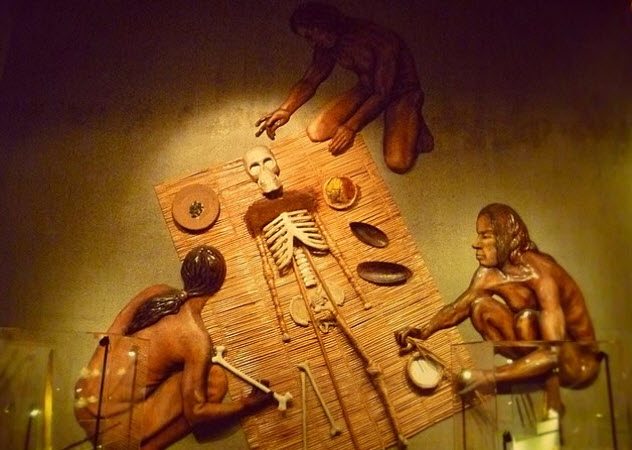 Over 7,000 years, the people of the Chinchorro culture lived in a group of fishing villages along the coastlines of modern-day Chile and Peru. Predating the ancient Egyptians by thousands of years, the Chinchorro also mummified their people. However, their process was not reserved for those of high social standing. It was done to everyone, including infants and elders, but was quite different from the Egyptian method.

This gut-wrenching process began by removing the dead body’s head, skin, and organs with a stone knife. Next, the brain was smashed and removed through the nose (similar to the Egyptians). Then the cranial cavity was filled with straw and ash.

After that, the head was attached to a cluster of sticks acting as a post and the body was wrapped about it using fibrous vegetation as binding. This provided a permanent spine for support.[3]

The final touches included stuffing the rest of the body with a grassy ash paste. Then a potter helped to apply a paste over the face, which could have expressions sculpted onto it, before ultimately being doused in black manganese paint. 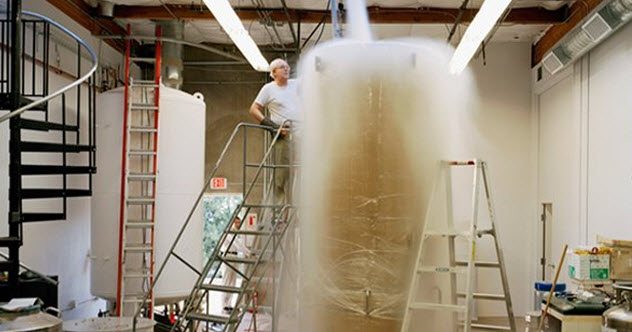 Cryonics is the technique of preserving a body after one’s death in the hopes of future revival with advanced technology and medical knowledge. The procedure begins by contacting a cryonic preservation company, which must reach the dead body quickly. (Time is very important here.)[4]

The body immediately receives a series of injections to try to prevent brain damage and then is packed in ice before being taken to the cryonic preservation facility. Once there, the body is cooled and has its blood replaced with a preservation fluid. An additional series of shots prevent ice crystallization within the body, which is then placed in a tank of pure nitrogen and kept at a shivering -196 degrees Celsius (-321 °F).

One of the prominent names in this field is Alcor. The minimum price for an individual is $200,000 along with membership fees placed on family members that total about $1,000 per year. While this may seem like an incredible amount, Alcor boasts that it has over 150 people who are cryopreserved. 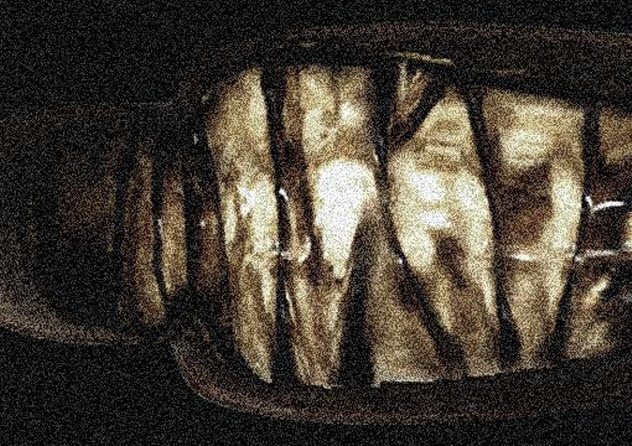 This is where it starts getting weird. Mellification was an embalming process with a twist. Instead of working with typical embalming fluids, honey was used before 300 BC to preserve the bodies of people such as Alexander the Great. Shockingly, this wasn’t a terrible idea. Experts confirm that honey does have incredible power in preserving tissues.

Due to its high sugar content, honey acts in a similar fashion to salt in drying out the water from microbes and bacteria, smothering them to death. Combine that with the antiseptic qualities of the hydrogen peroxide found in small amounts in honey, and you end up with an embalming fluid that works surprisingly well.[5]

The Assyrians of Mesopotamia were one of the ancient empires known to have used this process. 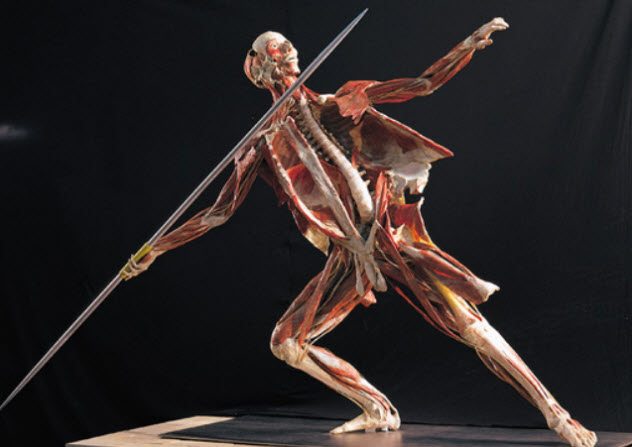 Plastination replaces the water and fat within a corpse with durable plastics to give the cadaver a significantly longer “shelf life.” This process makes it possible for exhibits, such as those by Body Worlds, to display preserved cadavers that can be touched and do not smell or decay. It is done without the dangerous embalming fluids common in other preservation techniques.

S10 plastination, the gold standard in plastination, was initially described and developed by Gunther von Hagens in 1977. First, an array of fixative solutions is used to prep the cadaver. Next, the body is dehydrated, effectively removing the water and fat with the help of either alcohol or acetone.

Then the cadaver undergoes a “forced impregnation” of the polymers and plastics which will eventually become attached throughout the body through various temperature changes and vacuuming of the corpse. Finally, the cadaver is “cured,” a process which involves exposing the body to a gaseous hardener for several weeks.[6]

It’s an elaborate process. However, having real anatomical bodies for medical students makes for an irreplaceable opportunity to learn about medicine. 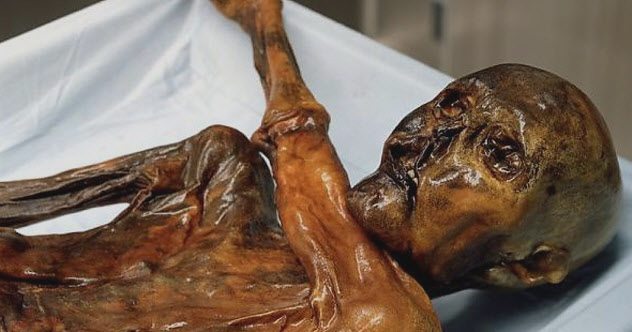 We’re not sure if this person was frozen in time due to misfortune or a scandalous murder. Either way, the results are impressive. Deemed Otzi, the iceman is a preserved body that was discovered in a glacier where he was initially encased in his icy tomb over 5,000 years ago.[7]

The main difference between the iceman and other archaic mummies is that he retains his internal organs. Remember how the Egyptians and the Chinchorro removed all organs during the cleaning process? Due to his untimely death, the iceman had these organs preserved intact, leading to the eventual scientific discovery of the type of air he had breathed and the contents of his diet.

His story also differs from the preservation of bodies through cryonics. While cryonics patients are kept with the intent of future revival, the iceman is most certainly deceased! That doesn’t mean that we’ve learned everything about him, though. In fact, Otzi’s preservation is one of the most enduring mysteries of all time.

3 Leonardo Da Vinci And Some Wax 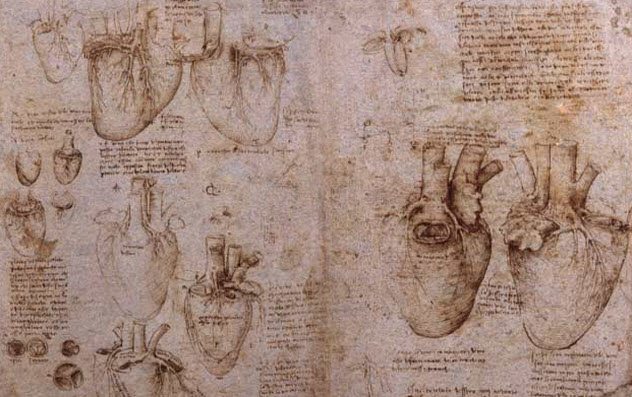 In addition to his other extraordinary talents, Leonardo da Vinci was an acclaimed anatomist. He made groundbreaking discoveries about human anatomy and admittedly performed procedures on dozens of dead bodies.

Da Vinci clearly outlined the procedure with which he preserved the bodies that he studied. To make embalming fluids, he mixed turpentine, camphor, oil of lavender, vermilion, wine, rosin, sodium nitrate, and potassium nitrate. However, this is not entirely different from other techniques that we’ve already discussed.

Later on, da Vinci became incredibly fascinated with the heart and used injections of wax to help preserve it for further studies. Specifically, the wax was applied to the ventricles so that da Vinci could study and hypothesize on the flow of blood through the heart.[8]

Although it’s definitely not the best method on the list, it did allow da Vinci to make some important anatomical breakthroughs during that time period. 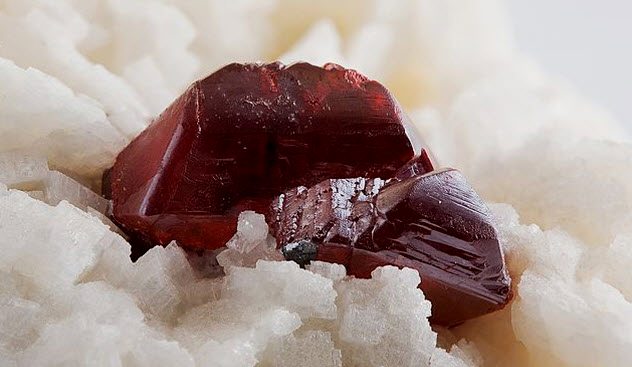 The oldest account of artificial preservation in Europe was found in Palencia, Spain. These 5,000-year-old human bones were found at a burial site and were intentionally blanketed in crushed cinnabar for preservation purposes.

Although embalming and body preservation did not seem to be popular at this time in Europe, there are a number of indications that this case was intentional. The most significant clue: There was no cinnabar mine in close proximity to the burial grounds, and hundreds of kilograms of cinnabar were layered onto the bones.[2]

1 The Mystery Of Xin Zhui 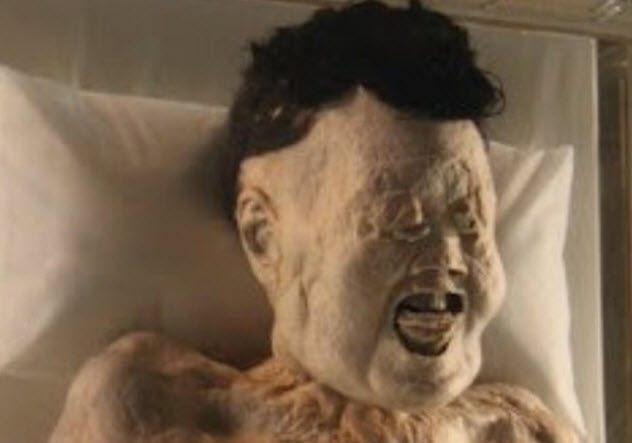 Around 178 BC, Xin Zhui, who ranked high in the Chinese Han dynasty, died at about age 50. The process that took place for her burial may seem absurd, but it was inexplicably successful. When this 2,100-year-old body was discovered, it was autopsied as if it were recently dead.

The discovery of Xin Zhui begins in a somewhat familiar manner. Her coffins were found about 15 meters (50 ft) underground. Did you catch that? Yes, we said coffins as in a plural sense.

Xin Zhui’s body was situated within four coffins, which became progressively smaller. Each smaller coffin was placed within its larger counterpart. Zhui wore 22 dresses with nine ribbons, leaving her with an outfit for almost any occasion in the afterlife.[10]

The most mysterious element was the fluid preservative used to keep her body so supple. We still don’t know what was used or how the procedure took place. Thus lies the mystery of this ancient body, as the many secrets surrounding the preservation seem to have died with her.

Read about more bizarre things that people do to the dead on 10 Terrible Things People Can Do To Your Body After You Die and 10 Bizarre Things People Did With Corpses.