Nonlethal weapons aren’t supposed to be deadly; that’s the whole idea behind their name. Merriam-Webster’s definition for “nonlethal” even says “not capable of causing death.”[1] Nonlethals are meant to incapacitate a target without taking their life, while still assuring that the threat is neutralized.

However, as we’re about to find out, nonlethals can be as deadly as their lethal counterparts. Some can easily be lethal despite their classification as nonlethal. Others might generally work as intended, but certain conditions can quickly turn them into deadly weapons. 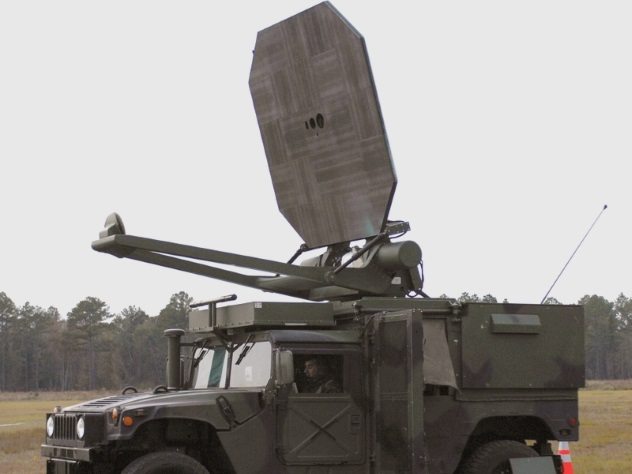 The Active Denial System (ADS), which has been referred to as a “ray gun” or a “pain ray,” shoots a beam of microwaves that penetrate the skin and cause it to heat up. It is intended to stop an adversary from a safe distance. When used properly, it leaves no mark on the target, even though people who have been at its receiving end have described the experience as being exposed to a “giant hairdryer on maximum heat.”

When used improperly, the ADS can cause third-degree burns or even death. One unfortunate US airman who was used as a guinea pig during a test ended up with second-degree burns. Ideally, he shouldn’t have been burned. However, due to operator error, the ADS was on maximum power instead of the 75 percent that was agreed upon for the test. What would have happened if they hadn’t turned the ADS off as soon as the airman gave the quit signal?

Dave Gaubatz, a former US Air Force Office of Special Investigations (OSI) agent, has the answer. The airman would have burned to death. Gaubatz says the ADS can kill. He witnessed a test at Kirtland Air Force Base in New Mexico in which the ADS killed a goat and a 227-kilogram (500 lb) cow in an instant. However, some people have questioned his claims, especially since he once claimed to have found Saddam’s weapons of mass destruction, which turned out to be false.[2]

Thunder generators shoot invisible shock waves that cause discomfort to anyone within their range. People who have experienced it compare it to standing in front of a firing squad. They were originally developed by PDT Agro of Israel to scare birds away from farms. However, someone realized it could have military and anti-riot applications and suggested that they develop it for such.

Thunder generators are meant to be nonlethal and are supposed to only create a sense of fear and confusion. Targets are also expected to be between 30 and 50 meters (98–164 ft) away. If the target is closer, like say 10 meters (33 ft), it will cause permanent damage or even death. People hiding around corners or obstacles are not spared the unfortunate consequences of the weapon, either. There is a version with a curved barrel to send shock waves around obstacles.[3] 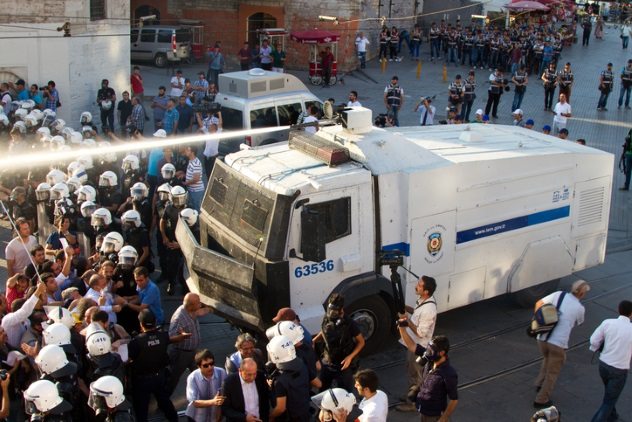 The water cannon is another anti-riot weapon of choice kept in the arsenal of many police forces. It delivers highly pressurized water that will knock anyone off their feet. They are supposed to be nonlethal, but the reality of that assessment depends on who you ask. It has turned lethal for some, and even those who weren’t killed don’t have good stories to tell. In 2010, Dietrich Wagner, 65 years old at the time, was hit in the face by a water cannon during a protest in Stuttgart, Germany. The blast fractured his orbital sockets, causing his eyeballs to fall free. He was left blind.

In another incident—this time fatal—Baek Nam Ki, a 69-year-old farmer from South Korea, lost his life after he was targeted with a water cannon during a protest in Seoul in November 2015. The cannon had a damaged regulator and thus released water at a higher-than-normal pressure. Officers also didn’t follow regulations and continued to use it on Baek even as he lay on the ground unconscious. Investigations revealed the officers operating the water cannon vehicle lacked experience in its operation. One had only operated the water cannon truck for the first time the previous night.[4] 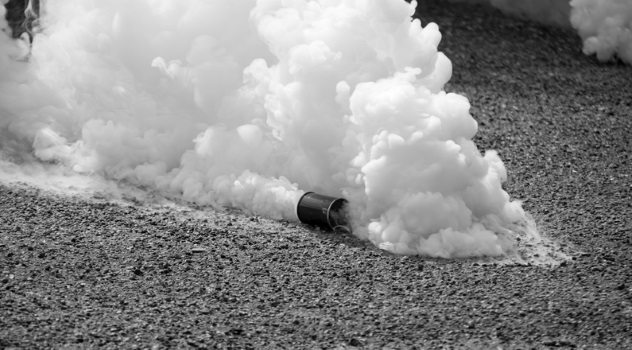 Tear gas is actually banned by the Geneva Convention for use in warfare. However, no one has any qualms with using it on rioting civilians. Secondly, despite being called as gas, it is actually solid chemical crystals that have been aerosolized. The chemicals react with the wet organs of the body, like the eyes, skin, and nose. The eyes and nose secrete tears and mucus to clear the organs of the foreign chemicals, but these secretions only worsen the situation.

Depending on the circumstances, tear gas can cause temporary or permanent blindness, paralysis, stillbirth and miscarriage in women, and death. In 2013, 37 people suffocated to death in Egypt after a tear gas canister was fired into their vehicle. Even the canisters are no better. They are a very serious risk and can seriously injure or kill a person on impact.[5] 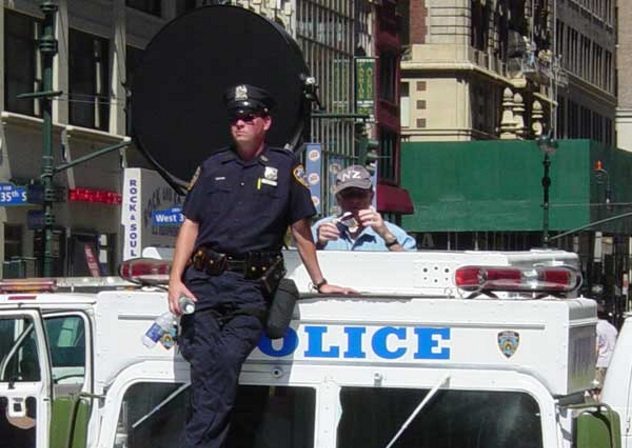 Sound cannons are devices capable of creating and directing pain- and headache-causing sounds at humans. In extreme cases, they can lead to hearing loss. The Long Range Acoustic Device (LRAD) is a brand of sound cannon, which its manufacturer, the LRAD Corporation, describes as a “directed-sound communication device” and insists is not a weapon.

The LRAD is definitely a weapon, and it can be very dangerous. In general, humans become uncomfortable when exposed to sounds around 120 decibels. At 130 decibels, hearing loss can occur, and at 140 decibels, some will even lose their sense of balance. When this happens, they’ll find it difficult to leave the range of the weapon, thus worsening their situation. One version of the LRAD, the LRAD 2000x, is capable of generating sounds up to 162 decibels.[6]

On December 4, 2014, activist Keegan Stephan discovered the potency of the LRAD when one was used on him while he photographed a protest against the killing of Eric Garner by a NYPD officer. Stephan left for his home but couldn’t sleep, as his ears kept ringing. As he soon found out, the officers were not trained in using the weapon and had to depend on the manufacturer’s recommendations. He and five other protesters later pressed charges against the NYPD, alleging that the LRAD left protesters with permanent hearing damage. 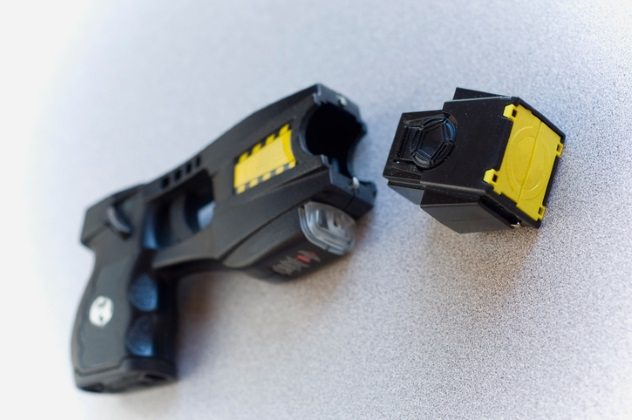 According to research by Amnesty International, law enforcement agencies in the United States have killed at least 500 people with Tasers since 2001. This revelation is scary, since Tasers are supposed to be nonlethal weapons. Amnesty International also revealed that law enforcement officers have used Tasers indiscriminately. In fact, 90 percent of the people Tased to death were unarmed. Some were even Tased to death in jail.

Allen Kephart, one unfortunate victim of the ongoing Taser craze, was shocked to death in San Bernardino County, California, over a traffic violation offense in 2011. He was shocked 16 times by three officers, all of whom were later cleared of any wrongdoing. To reduce the Taser-related deaths, Amnesty International proposed that stricter guidelines be placed on when officers use Tasers, namely only employing them when the only choices are Tasing or shooting a suspect.[7] 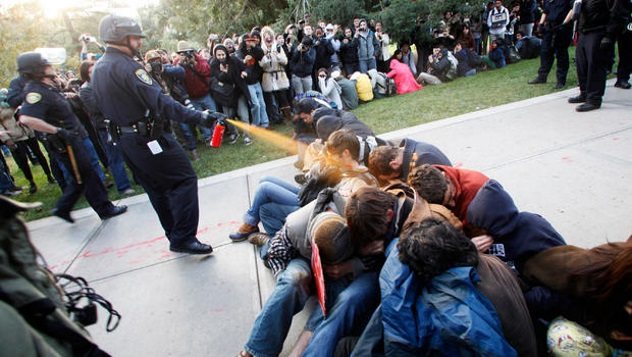 Pepper sprays are an off-the-shelf self-defense weapon used by both civilians and law enforcement agents. However, despite its categorization as a nonlethal weapon, it has sometimes turned lethal. It is difficult to pinpoint the number of people killed by pepper spray, since many of the supposed casualties were high on drugs or alcohol at the time of death.

The horrible fact about pepper spray-related deaths is that no one has bothered to research how deadly pepper spray might really be. Pepper spray contains capsaicin or oleoresin capsicum mixed with other chemicals like alcohol, halogenated hydrocarbons, or propellants for increased potency. Inhalation of these add-on chemicals has been known to affect the heart, lungs, and nerves, causing irregular heartbeat or death.[8] 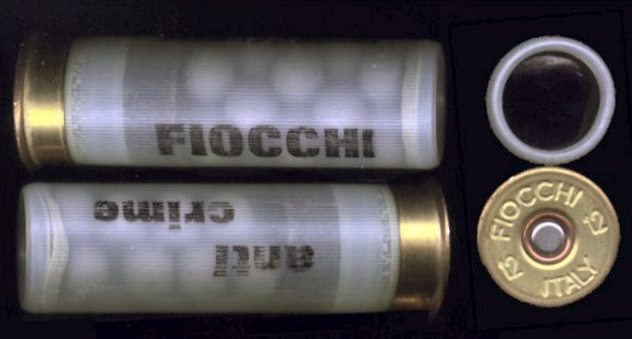 Rubber and plastic bullets fall under the group of nonlethal weapons classified as kinetic impact projectiles (KIPs). They are often used in crowd control as a nonlethal alternative to guns. Under normal circumstances, they are supposed to stun people and render them unconscious. However they can kill people and cause permanent disability, most especially when they impact the head, neck, or abdomen.

According to statistics from the United States, Israel and the Palestinian territories, Switzerland, India, Northern Ireland, Turkey, and Nepal, three out of every 100 people shot with KIPs are killed. Between 1990 and 2017, KIPs have killed 53 people and injured 1,931. Of those injured, 300 were permanently disabled.[9]

Flash grenades, also referred to as stun grenades or flashbangs, are another nonlethal weapon that hasn’t failed to send people to hospital wards and morgues. Flash grenades are actually military-grade weapons and were originally developed to help with hostage rescue. When they detonate, they create a very bright light and a booming sound that blinds and deafens anyone within their area of effect. They are devastating when they come in contact with the skin, however. They are said to be “hotter than lava” and can cause second- and third-degree burns or even death.

Since 2000, at least 50 Americans, including police officers, have been injured or killed by flash grenades. According to research, US police officers use flash grenades indiscriminately, even when they’re unnecessary. This indiscriminate use has killed pets, caused heart attacks, led to loss of body parts, and even burned down homes. In 2000, the US Court of Appeals for the 7th Circuit specifically banned police departments from throwing bombs—including flash grenades—into the homes of drug dealers. Nevertheless, flashbangs are used in drug raids frequently.

In one incident, a lady was left with third-degree burns after officers from the Clayton County Police Department in Georgia threw a flash grenade in her boyfriend’s bedroom, where she and her boyfriend were sleeping. The commander of the crack team got a promotion, while the rest of the team was cleared of any wrongdoing.

Another incident that generated nationwide attention was that of 19-month-old Bou Bou Phonesavanh, who suffered torn lips and mouth, a broken nose, and a hole in the chest after police threw a grenade into his mother’s room during a drug raid in May 2014. The suspected drug dealer was his cousin, Wanis Thonetheva, who wasn’t even in the house at the time of the raid. No drugs were found in the house, either. Bou Bou had eight surgeries, and his parents coughed up $1.6 million for his medical fees. He will require skin grafts every two years for the next 20 years.[10] 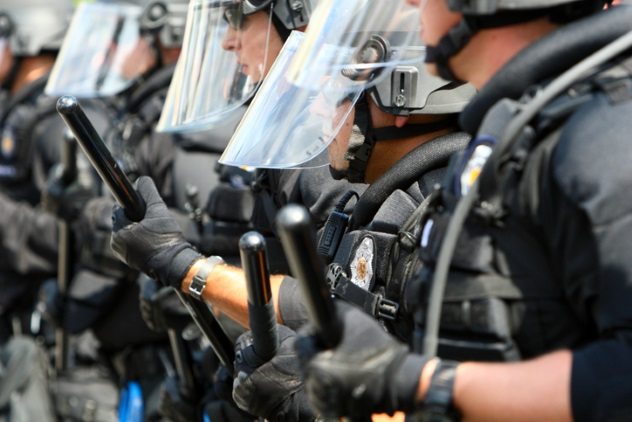 No list about deadly nonlethal weapons would be complete without the good old baton. The baton qualifies as a club, and as such, it can be used to seriously injure or even kill a person, depending on where it hits. A hit on certain parts of the head, neck, or groin could lead to serious injury or death.

The first casualty of the US-style baton was boxing promoter Brian Douglas, who was killed after a officer hit him with his baton over a traffic violation in South London. He suffered “massive and irreversible” brain damage, which led to his death five days later. The officer, Police Constable Mark Tuffey, claimed he aimed at Douglas’s arm but missed and mistakenly struck him on the neck instead. However, witnesses claimed they saw the Tuffey strike Douglas on the head.[11]