The onion is one of the most common vegetables, and it is one of the oldest foods known to the human race. They are found in nearly every major dish in some form. It’s simple to flavor most meals with an onion, but you will find many more uses for the vegetable if you peel back the layers. 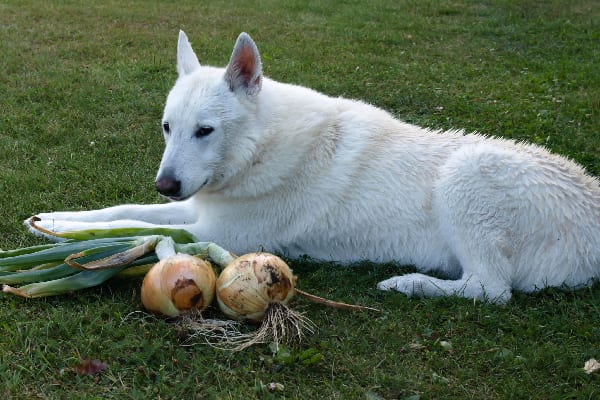 Onions are commonly used vegetables in many meals for humans, but they are actually toxic for dogs to devour. Onions contain a toxin called allyl propyl disulfide, or N-propyl disulfide, that causes the breakdown of red blood cells in a dog’s body. This leads to secondary autoimmune hemolytic anemia, which can ultimately be fatal for dogs.[1]

It’s important to know that cooked, boiled, and fried onions all contain the lethal toxin. It usually takes a large amount of onions to be fatal for dogs, but any amount can possibly be problematic for your pup. Some would believe that dogs could reap the nutritional benefits from eating an onion, but the damage from the deadly toxins far outweighs any possible benefits.

9 Once Used As Currency 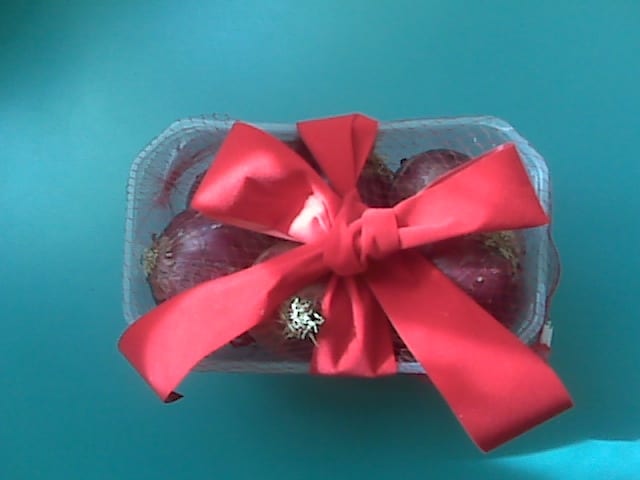 Onions have a long history that goes back ages showing they have served many uses throughout those years. In the Middle Ages, onions were such an important food to the Europeans that they used them as a common form of currency.[2] These people used the onions to help pay for their essentials such as rent, and they were even given as gifts. Onions would not be seen as the ideal wedding gift today, but they served as a gift even for weddings during this time period. The Serbians were still using onions as a form of acceptable currency up to the mid-18th Century. 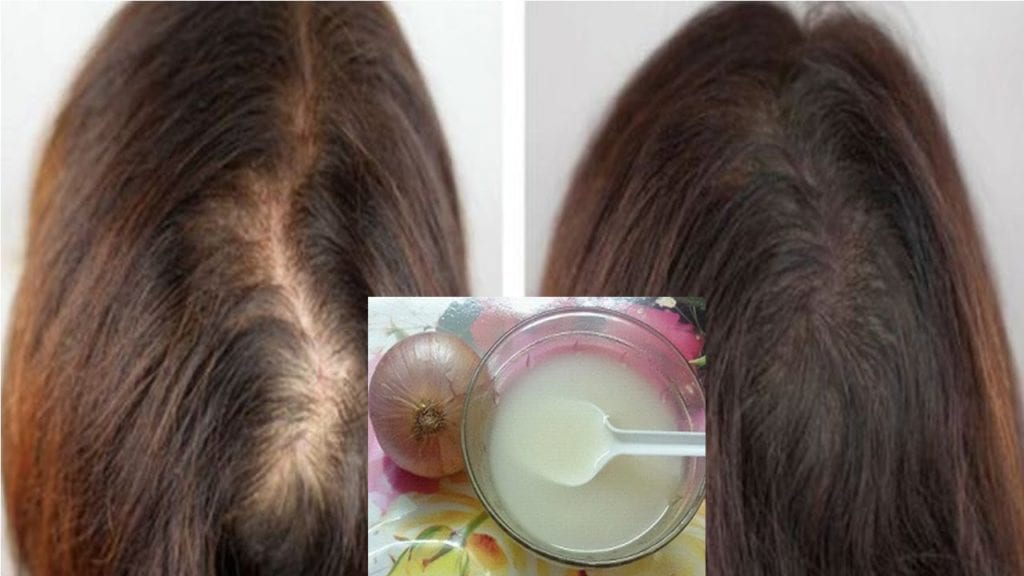 We all wish we could grow long and beautiful locks, but we may be just a few onions away from actually experiencing voluminous hair! Onions are mostly known for their many purposes in the kitchen, but their uses go far beyond food. Onion juice is known to be used as a remedy for hair health and can help with hair thinning, hair loss, itchy and dry scalp, and dandruff.[3]

Onions are very rich in sulfur-containing compounds that are responsible for health-promoting properties. These compounds can help facilitate the formation of keratin for hair, which results in hair growth. It also helps with conditions that cause hair loss like Alopecia Aereata. To make onion juice, simply peel them and chop the onions into small pieces. Then squeeze the pieces or use a juicer to extract the juice. Apply the juice to a dry scalp to start discovering the hair health benefits of onion juice. This is not recommended prior to a date, however. 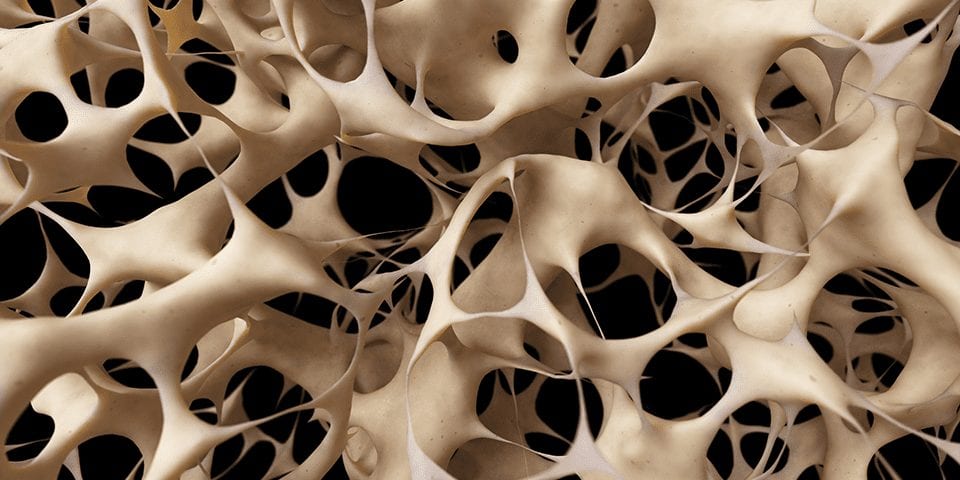 Osteoporosis is a disease in which bone density and quality is reduced. The bones become more porous and fragile, causing a greater risk of fractures.[4] Onions may be a bone superfood that can help prevent osteoporosis. The vegetable is rich in anti-inflammatory anti-oxidant flavanoids which can help protect any damage to the bones. The sulfur compounds in onions ultimately helps prevent damage to the collagen in the bones and arteries.

Researchers at the University of Bern in Switzerland identified a compound in onions that decreases bone loss. The compound responsible for a decrease in bone loss was a peptide called GPCS. Treatment with GPCS in rats significantly inhibited the loss of bone minerals when compared to cells exposed to GPCS. The study suggests that eating onions might help prevent bone loss and fight against osteoporosis. 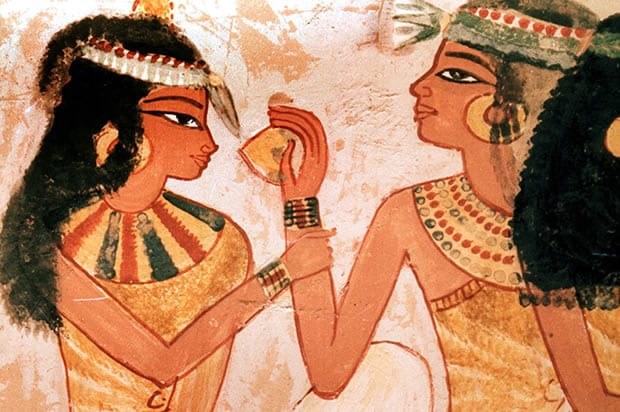 In Early Egypt, the onion not only had an important role as food, but it was also a symbol of worship. The ancient Egyptians worshiped the onion, and they believed the circular rings and spherical form of the onion bulb were symbols of eternal life.[5] It is rumored that the workers who built the pyramids were fed with onions, and paintings of the worship-worthy object were found on the inner walls of the pyramids and in various tombs.

The vegetable symbolized eternity for the Egyptians, which is why onions were often buried with Pharaohs. Onions were frequently found in the pelvic region, thorax, against ears, and in front of the eyes of mummies. They were found attached to the soles of feet, while flowering onions were placed on the chest. Even King Ramses IV was entombed with onions in his eye sockets. 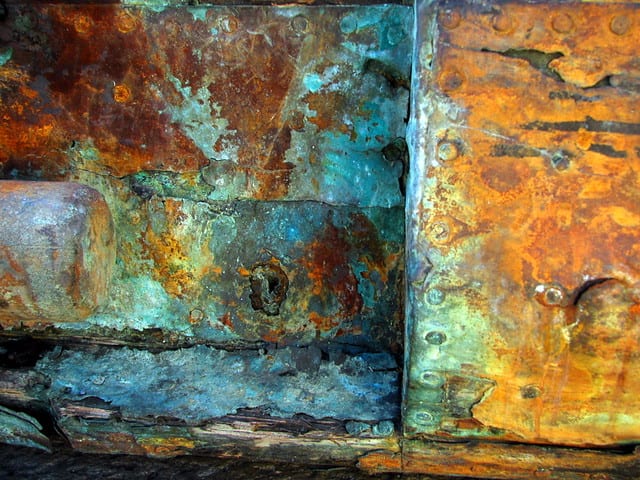 If you need to clean up some silverware or other metals around your home, onions may be the unexpected solution. Onions are actually effective in removing light rust marks from thin pieces of metal such as silverware and knives.[6] Rust can easily be removed from these metals by simply sticking them into an onion and allowing them to rest there for a few hours. Then remove the metal from the onion and rinse the metal as you normally would, then toss that onion since it now is full of rust.

Onions can also be used to clean the grates of your outdoor grill. The “onion method” for cleaning a grill is the green and safe way to successfully remove the grime from your grill. Start by turning the grill on high for a few minutes to heat up the grates, and then spray the grates with lemon juice or white vinegar. Cut an onion in half and rub the cut side down along the grates in a scrubbing fashion. Just don’t forget the grill is still hot! 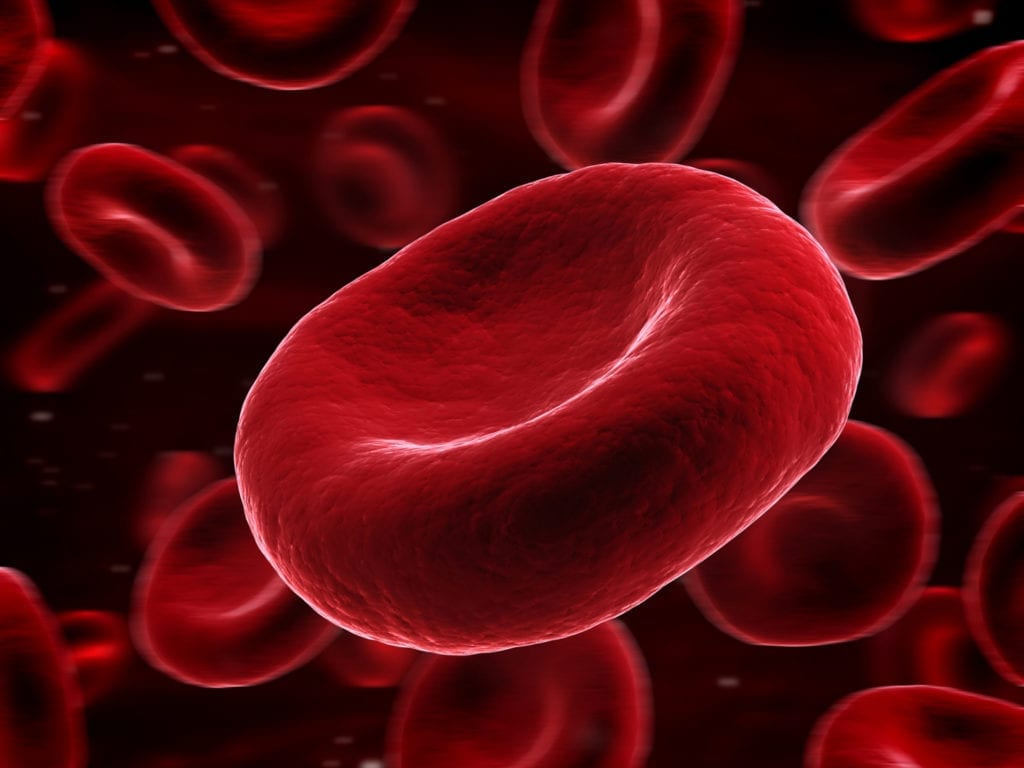 Poor circulation affects several people through many causes and conditions. Medications are usually used to help treat poor circulation, but eating certain foods can also improve blood flow. Onions are one of these foods that people with poor circulation can benefit from. They are an excellent source of flavonoid antioxidants and improve circulation by widening your veins and arteries when blood flow increases. A 30-day study in men also proved that onion extract greatly improved blood flow after meals in men that participated.[7]

Not only do onions help with blood flow, but they have also proven to help fight against minor injuries. Onions serve as a natural remedy for minor cuts and scrapes. Take half of an onion and crush it in a blender, and then apply it to a wound for about 20 minutes. You can apply this to a wound up to three times daily. Onion juice was routinely used during the Civil War to treat gunshot wounds. General Grant even sent a stern letter to the War Department in Washington saying, “I will not move my troops without onions.”

3 Sliced Onions Are Not Poisonous 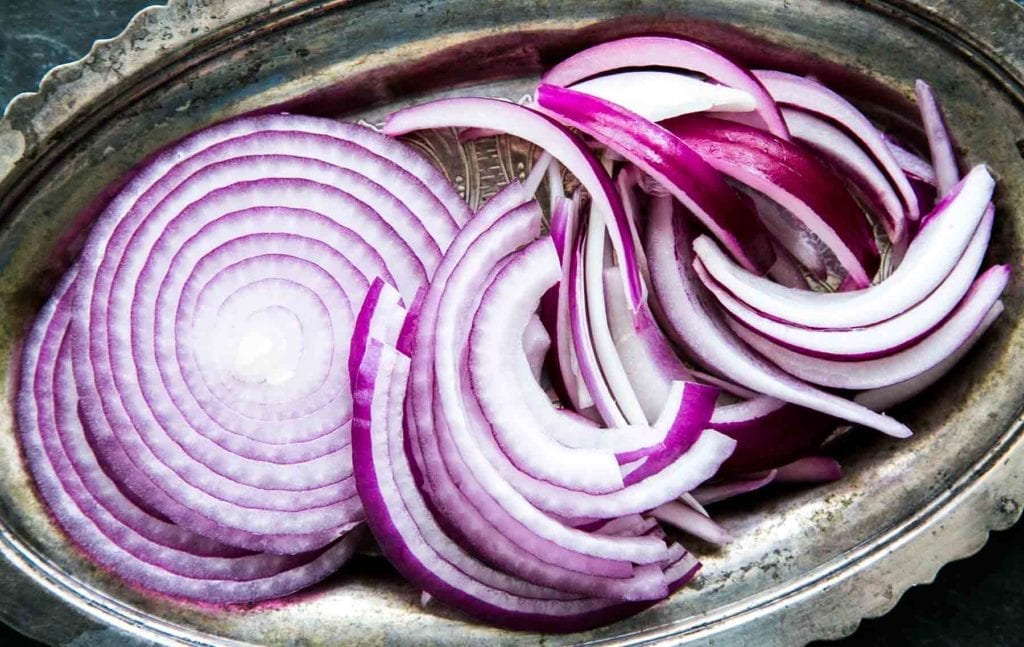 A widely circulating claim states that raw, cut onions absorb bacteria, making leftover onions highly poisonous. According to this claim, it would be dangerous to cut an onion and cook it the next day.[8] The overall gist of this claim was to stay far away from cut onions because the bacteria could be dangerous and poisonous, but this claim is actually false.

According to the National Onion Association (yes, that exists), onions that are properly handled are not to be considered poisonous. Cut onions can even be stored in the fridge in a sealed container for up to seven days. The chemical makeup of onions doesn’t support the growth of bacteria, because they have a low pH and low protein content that is not an ideal breeding ground for viruses and germs. It’s simply a myth, and onions can be enjoyed as long as you follow safe food practices.

2 Predict the Severity of Winter 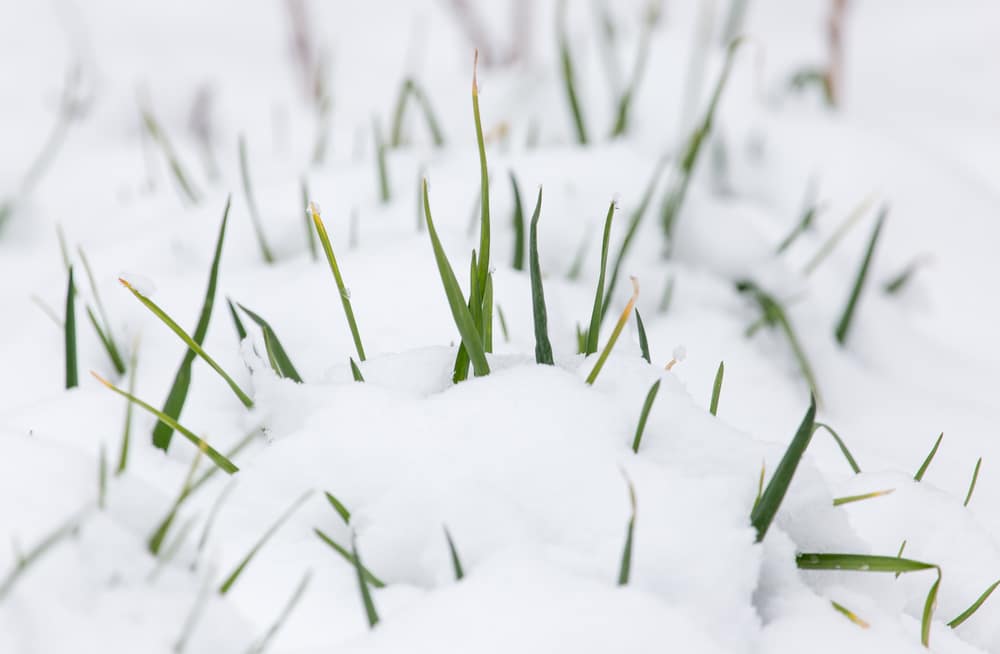 Wouldn’t it be lovely if we could actually predict the weather? Apparently all you need are some onions to know what to expect during the winter. People once believed that an onion’s skin could predict the severity of winter.[9] A thick skin predicted a rough winter, while a thin skin meant a milder winter was coming. An old folklore rhyme is evidence that our ancestors believed in this method:

This method of predicting the weather only works with onions from a garden, because store-bought onions could have been grown elsewhere. Go study some locally-grown onions so you can sound smart in front of friends and family by accurately predicting the upcoming winter.

1 They Really Do Make You Cry 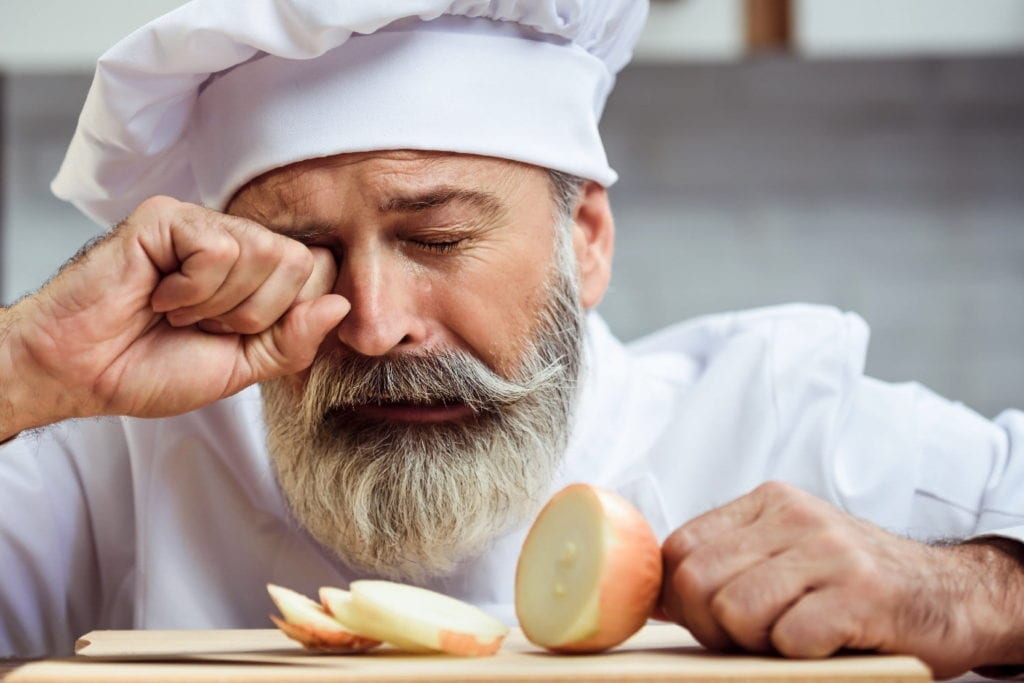 We cry about death, breakups, violence, and even the happiest of memories, but an onion has a way of bringing tears too. The vegetable makes us teary-eyed because a reaction in the onion releases a chemical into the air that irritates our eyes. The chemical is called lachrymatory factor, also known as LF.[10] Simply peeling an onion won’t cause tears, but expect them to start pouring if you chop, cut, or crush them.

There are a few ways to protect yourself from a tear attack though. A freshly sharpened knife will cut quickly and precisely through an onion causing less breakage and teardrops. Onions can also be peeled and soaked in water to flush away some of the chemical compounds, but you also take the chance of flushing away some of the flavors. There is no guaranteed way to avoid the weeping, so you might as well enjoy a good cry.


Listverse has facts-galore! Now that you love onions, check out 10 Fascinating Facts About Crying And Tears, and Top 10 Unusual Facts Involving Chocolate.