Still, these statistics are fairly general, and there are multiple variables which can render your chances of being struck by lightning more common, such as being in the Southeastern United States, where lightning strikes are more frequent, or being outside. Statistically speaking, you probably don’t have anything to worry about. Unless, of course, you have the luck of one of these ten unfortunate souls.

10 Jim Lamey
Twice In His House 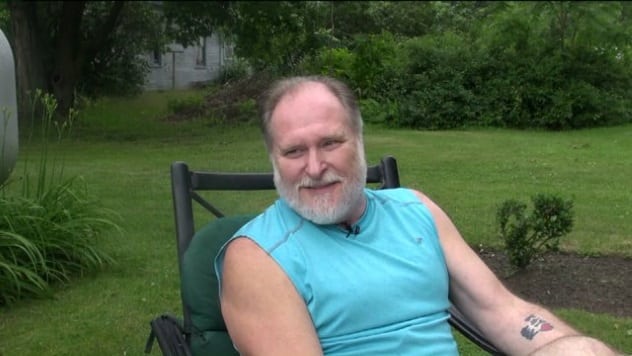 While one of the safest steps to take during an electrical storm is to go inside, your chances of being struck by lightning have not been completely eliminated, as Jim Lamey might tell you. In 2009, Jim was showering inside his Pennsylvania home when a bolt of lightning, shaking his entire house, connected with his water pipes, consequently zapping him.[2] The strike threw Jim out of the tub, knocking him out, though his head was still hanging over the tub. Luckily, his son was nearby to save Jim from drowning.

Six years later, he was struck a second time through the sink while doing the dishes. The strike knocked him unconscious, and he later woke up in a chair with stomach pain, unsure of how he got there. Luckily, Jim survived both strikes with no lasting injuries, other than the scars from the burns the strikes caused. 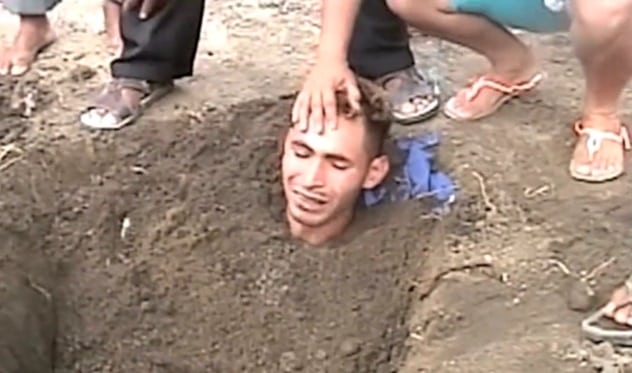 Alexander Mandon was serving in the Colombian army the first three times he was struck by lightning, but he was thereafter discharged. You might at first be tempted to think this was a sign from the heavens that Mandon should not be in the army, but apparently not, because after Mandon was discharged and sent home, he was struck yet again in 2013. Possibly the only thing stranger than the fact that Alexander was struck four times in six months was the prescribed cure for the fourth lightning strike by Alexander’s town doctor.

The doctor dictated that Alexander be buried with his head sticking out of the ground for two hours, so that the Earth would absorb the electricity running through his body. Unfortunately, however, there was a mix-up when administering the cure for the first time. Alexander was supposed to be upright while underground rather than lying down.[3] Hopefully, he received a refund for the first treatment foul-up. 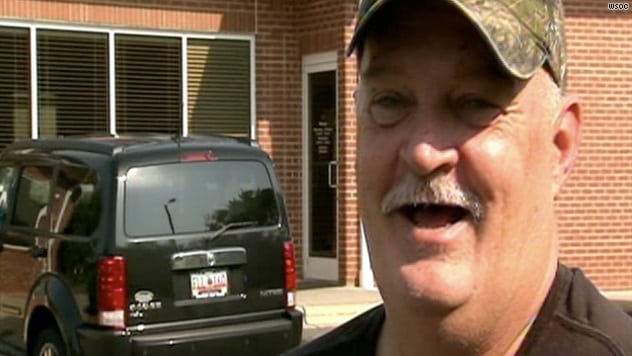 What are the odds of being struck three times, with two instances being on the same road? Is there a number that high? Are there any statisticians out there? Well, this is exactly what happened to North Carolina man Bob Edwards in 2012. His third time came as we has leaving a restaurant and heading toward his truck. After being struck, Bob Edwards had to crawl to the restaurant, where a little girl spotted him and ran to her father for help.[4]

Edwards stated that being struck felt like getting hit in the chest with a hammer. Days after the strike, he still had ringing in his ears, trouble focusing his vision, and a metallic taste in his mouth. When he was struck on that road before, in 1997, rescuers had to revive Edwards three times. He was also struck by lightning in South Carolina in 2009. Luckily, Bob sustained no lasting injuries, but he does, unfortunately, suffer from PTSD from the incidents, which he says has cost him jobs, friends, and family. 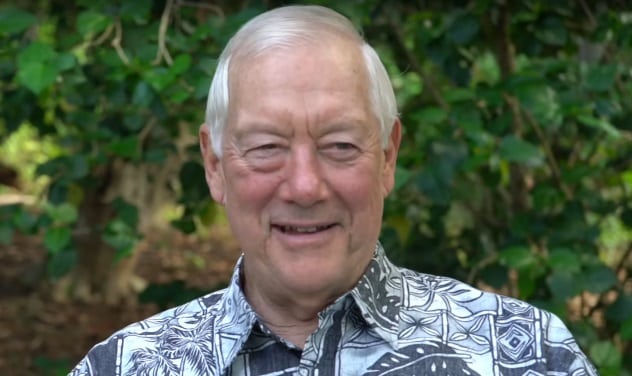 Dianna Cowern, also known as Physics Girl, interviewed her twice-struck father on her PBS-affiliated YouTube channel. Bill Cowern, a tree farmer, was first struck by lightning when he was 12 years old. He had been swimming in a lake with his friends when he saw a bolt of lightning strike the other end of the lake, which was about 11 kilometers (7 mi) away. He recalled that he and his friends could feel tingling in the water after the strike and decided at that point that it was time to get out of the water, but while he was walking home through a small pine forest, lightning struck a nearby tree, knocking Bill out. He woke up feeling dizzy and without recollection of how he got there, but he did notice that the tree which had been struck by lightning was still smoking. He estimated that he was knocked out for about an hour and a half.[5]

The second time, because a thunderstorm had prevented the now-35-year-old from working outside, Bill decided to do some work in the garage. A bolt of lightning hit another nearby tree, connecting with Bill through the ground. Bill stated that he was bending over when he was struck, but the jolt of lightning seized his muscles, causing his body to involuntarily straighten out. Luckily, Bill doesn’t suffer from any lasting effects.

6 Walter Summerford
Three Times In Life, Once In Death 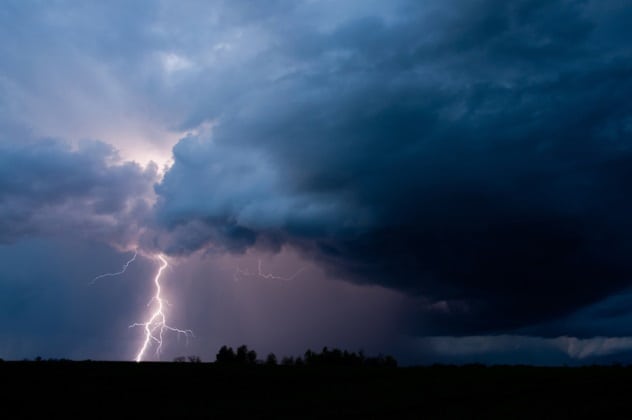 One of the more legendary cases on this list, Walter Summerford was first struck in 1918, while serving as a major in World War I, knocking him off his horse. After serving, the British major moved to Vancouver, where, during a fishing outing in 1924, lightning struck a nearby tree, connecting with Walter through the ground. In 1930, he was walking through a park, where, you guessed it, he was struck for a third time. This strike left him paralyzed.

Two years after this third strike, Walter died and was buried. But the story didn’t end there. Four years after he was buried, a streak of lightning cracked his gravestone, marking the fourth time Walter had been struck.[6] 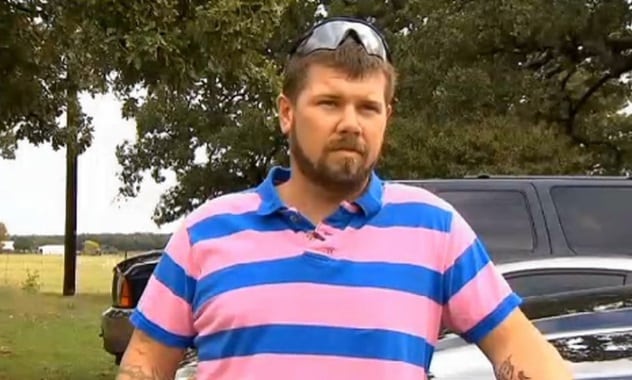 Whoever said lightning doesn’t strike twice in the same place looks very bad in this story. In 2013, Casey Wagner, a Texas rodeo clown, was attending Rednecks with Paychecks, an annual event in Saint Jo, Texas, where hundreds of people show up to race, off-road, and go mudding. (It’s basically Burning Man but for redneck stuff.) During the festivities, a storm gathered above him.

Wagner and his friends went in search of cover, and lightning struck Casey twice in a split second while he was standing near a tree. (Side note: if you are looking for cover from lightning, do not stand near trees.) He said it sounded like two shotguns going off, one after the other.[7] Luckily, Casey survived. 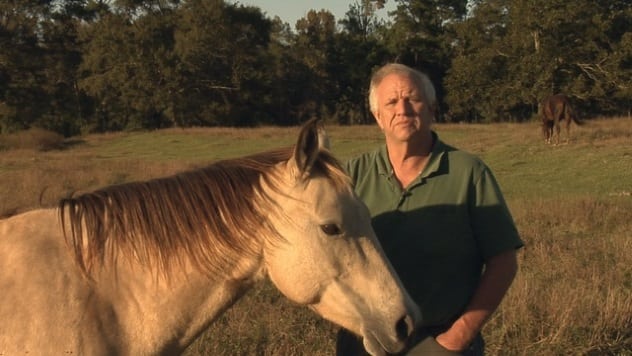 Alabama native Michael Cannon has been struck by lightning three times, twice in his early twenties and once in his teens.[8] When he was 16, he was putting up a fence with his father when lightning struck it about 0.8 kilometers (0.5 mi) away from him, worked its way down the fence, and hit Michael. He said he “literally saw the ball of lightning coming down the fence.”

The second time, he was working under a truck when the lightning struck, traveling along the dampness of the ground to reach Michael. The third time, he was at a friend’s house looking at an old car in a barn when he was struck in his hands, singing the hair off his knuckles and knocking him unconscious. 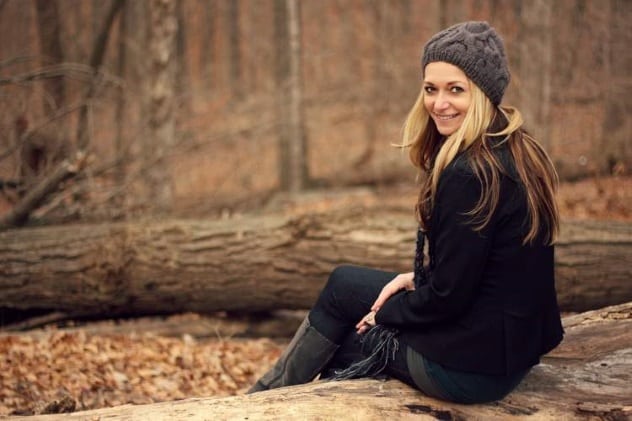 Beth Peterson, who wrote a book about being struck by lightning called Life After Lightning, was hit the first time while working as an Army specialist stationed at Fort Benning in Georgia in July 1992.[9] She was walking outside when a storm came in. She was hit by lightning, not through ancillary contact but head-on. Beth also claims that she died and says she had a near-death experience after that first lightning strike, during which God gave her a choice of whether to return to Earth or to stay in Heaven. She was told that if she went back to Earth, she would be in pain, but she would have the opportunity to help a lot of people. Then, almost exactly a year later, while she was still living in Georgia and trying to get over the fear inflicted by the first incident, Peterson was struck a second time. 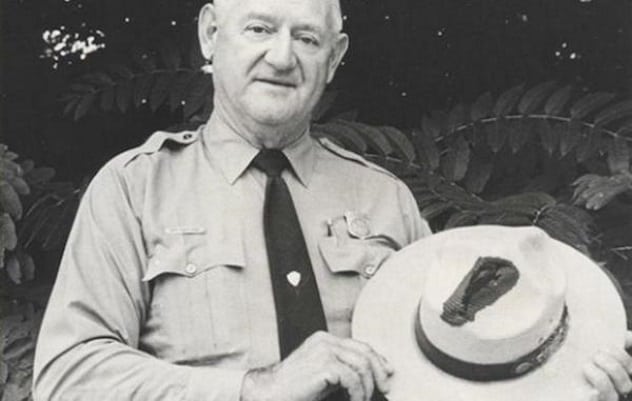 As the official Guinness World Record holder, Roy Sullivan is recognized as having been struck by lightning more than any other person.[10] Roy’s odds of being struck were certainly raised by the fact that he was a park ranger in Shenandoah National Park in Virginia. He spent ample time outdoors and in the woods and was struck multiple times while on duty. One of the strikes, amazingly, led to Sullivan’s hair being set on fire.

After three strikes, one might start to believe that the forces of nature were conspiring against them, and this was exactly what Roy Sullivan started to believe. It was reported that at one point, Roy, believing that a cloud was chasing him, began to run away, but he ended up being struck by lightning anyway. Unfortunately, in 1983, Roy died of a self-inflicted gunshot wound. His suicide had nothing to do with the lightning strikes, however. It was apparently the result of an unrequited love. 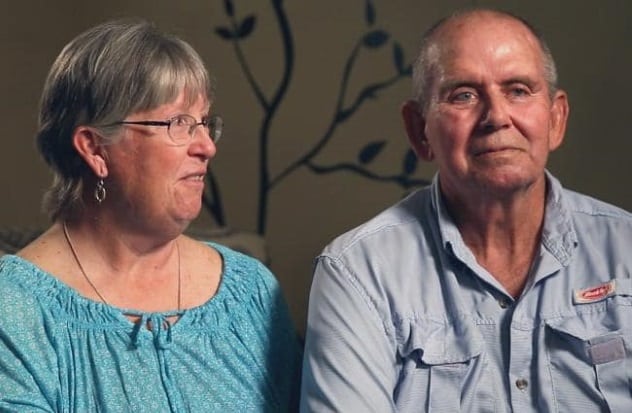 Melvyn Roberts of South Carolina made headlines in 2011 for being struck by lightning six times, and by 2015, he’d claimed to have been been struck five more times. The occasions included while Roberts was sitting on a porch and twice while riding on a lawnmower. His wife makes sure she is standing far away from him whenever there is a storm because, she says, “Someone has to call for emergency.”[11] You don’t get struck that many times without gaining some notoriety.

Roberts apparently has medical records stacked to the ceiling and is a local celebrity to the medical community. He has stated that being hit by lightning is like being cooked from the inside out. Unfortunately, being struck that many times doesn’t come without its lasting effects. Roberts has stated that he has suffered headaches, speech problems, nerve damage, and memory loss as a result of the strikes. He has stated sorrowfully that he even has trouble remembering the childhoods of his children.

Kevin Klatman is a stand-up comedian, writer, and host of a popular podcast called I Hate the Internet.