Crystal methamphetamine has destroyed communities the world over and is now making its way into unlikely places, such as Iran and Iraq. Most of us don’t think of these areas as having drug problems.

However, in the beginning, addicted users weren’t the only method by which methamphetamine ravaged countries and towns. The Nazi war machine was also responsible. In a very real way, methamphetamine was the fuel for the blitzkriegs of Hitler’s powerful Nazi army as it marched through European countrysides and decimated cities.

Here is the story of the marriage between the Nazis and crystal methamphetamine as told through 10 moments in history. 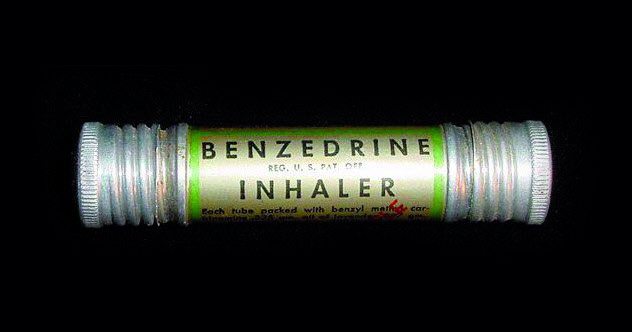 The history of amphetamine is actually a very German one. Just as Bayer was the first to really push and market heroin as an over-the-counter drug, amphetamine was first synthesized by the industrious Germans in the late 1800s, an era that was characterized by drug use and the idea of better living through chemistry.

But it wasn’t until the years after World War I that amphetamine was actually sold as a product. By the 1920s and ’30s, amphetamine was sold over the counter as an inhaler (and in other forms).[1] Many artists and intellectuals used it to stimulate their creativity and work.

Benzedrine was the most popular, hitting the market in the early 1930s. No wonder the early 1900s was such a productive time in history. 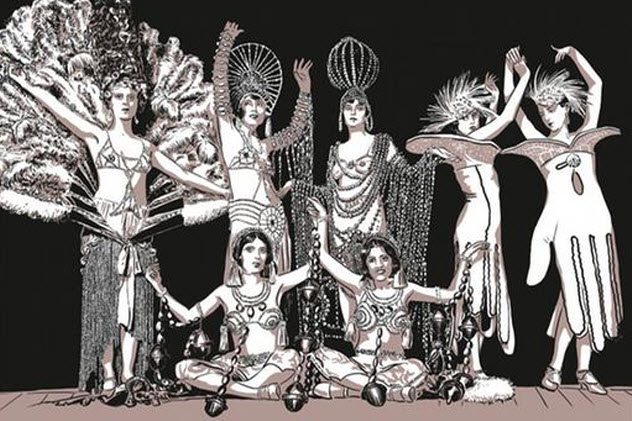 Many of Nazi Germany’s drug policies were adopted from the Weimar Republic, the German nation that existed between World Wars I and II. The Nazis overthrew the Weimar Republic with the burning of the Reichstag and Hitler’s world-changing rise to power.

The Weimar Republic was an extremely liberal place, highly progressive and developed for a country that had just been reduced to nothing by a major world war and the Treaty of Versailles. After all, the so-called “Roaring Twenties,” jazz, drugs (especially heroin), and swing dancing were all the rage across the pond in America. Of the European nations, Germany particularly mimicked America’s models of industrialism, corporatism, success, and excess.[2]

The Weimar Republic was smoking, drinking, socializing, and generally flourishing. With that came liberal drug use. 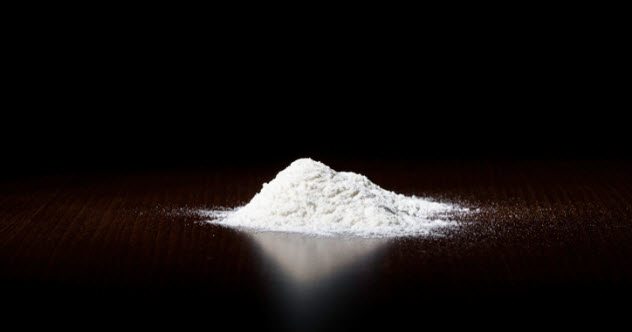 As the Nazis rose to power, things changed drastically throughout the 1930s in Germany. At first, the Nazis were very open to drug use of all sorts.[3] But as time went on, they denounced many drugs—including cocaine, opium, and morphine—as being “Jewish” in nature.

The Nazis framed the Jewish people as being dependent on drugs and thus inferior, so drug use was later frowned upon. 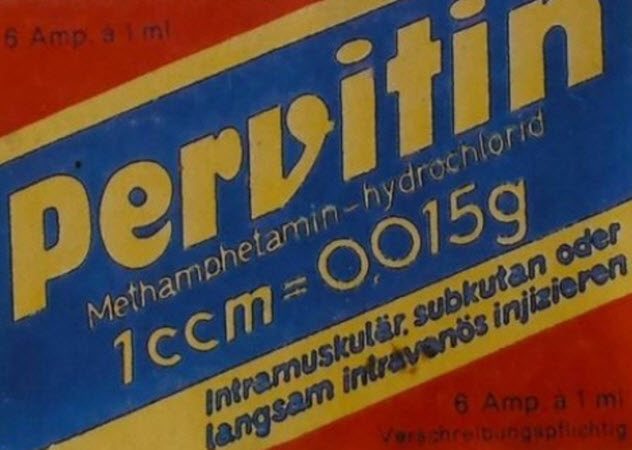 Things really took off for the Nazis with the invention of a drug called Pervitin, which was methamphetamine in a cute little pill. The Nazis were in love, and it was a romance unlike any that history had ever seen.

Hitler was reportedly prone to taking everything he could get his hands on, especially if it was addictive. He took opiates, testosterone, regular amphetamine, methamphetamine, and bull semen. Yes, you read that right. Hitler used bull semen as a drug.

He considered it a primitive, early form of Viagra which allegedly helped him with his wild and kinky sex life. The active ingredient listed on the Pervitin package was methamphetamine.[4] It was absolutely meth in pill form. 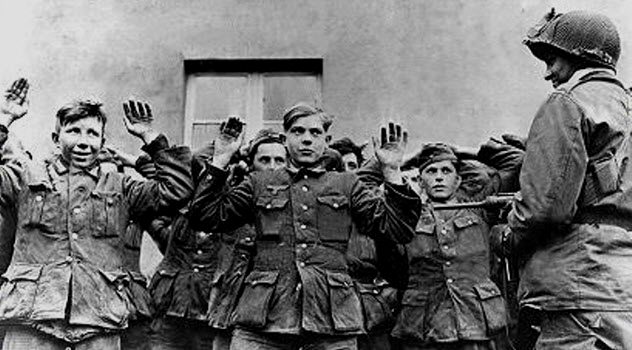 There was a patently obvious and glaring double standard among the Nazis with respect to drug use. On the one hand, they considered drug dependence as something terribly “Jewish” and therefore abhorrent. On the other hand, Hitler was a raving drug addict and his soldiers were issued and instructed to take drugs, including methamphetamine.

The double standard lay in the fact that German civilians were forbidden from taking most drugs while Nazi military men were specifically requested to do so. The Nazis must have seen it as the ends justifying the means. The use of such prescription drugs, especially methamphetamine, aided in the speed and relentlessness of the Nazis attacks.[5]

5 The Invasion Of Poland 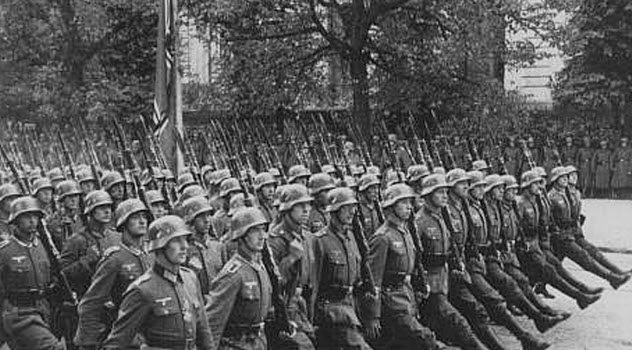 Blitzkrieg warfare of the Nazis was known infamously for the speed of attacks, and this was not by accident. Taking place in September 1939, the invasion of Poland was as brief as it was relentless. The Nazis tore through the Polish country in days. It was so quick that it seemed as if the soldiers weren’t sleeping, marched for days, and fought endlessly.[6]

And that was exactly what was happening, thanks to Pervitin methamphetamine tablets. German soldiers on the front lines in Poland were writing their families quite frequently. Most of the time, they asked for more meth so that they could have a backup supply.

The Nazis were totally tweaking out in Poland as the battles raged on. For the Nazis, it was party time in the middle of a war. They were all high out of their minds and shooting at whatever they wanted.

4 The Invasion Of France 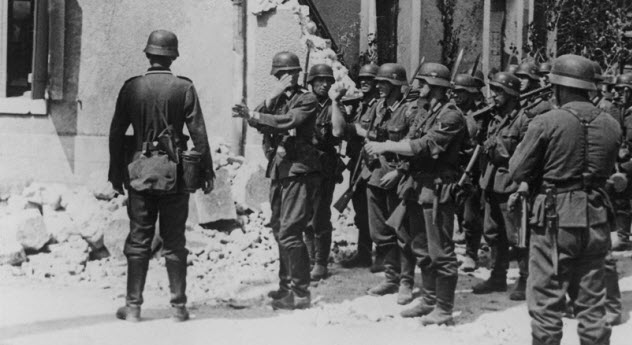 Poland was just a dress rehearsal for the next big Nazi invasion of France. World War I had left Germany in a complete shambles, and the Nazis were ready for payback. They had the finest drugs and the strongest weaponry. Having already tested methamphetamine during the battles in Poland, they were ready to march for days on end without sleeping to conquer France.

Some 35 million tablets of Pervitin were ordered before the invasion of France. The Nazis consumed the pills on the front lines to become unstoppable killing machines. Meanwhile, the French had no idea what hit them. With their superior firepower and superhuman soldiers, the Nazis breezed through France.[7]

Eventually, they chased out the Allied soldiers in the evacuation of Dunkirk. Some have referred to the Nazi Wehrmacht as “stormtroopers” because of the lightning speed of their attacks. 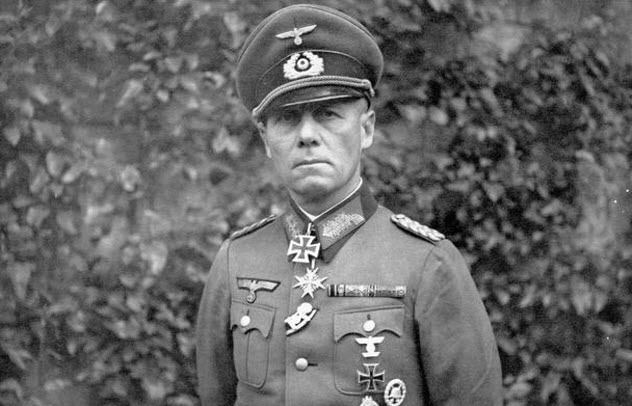 Erwin Rommel was the famous tank commander charged with the conquests in the African theater in World War II. He referred to meth as “thy daily bread.” Rommel and his tank regiments adored the drug, which allowed them to continue in battle for up to 24 hours straight. The British simply couldn’t keep up.

Later, Rommel was called in to take on the French. He specifically requested that meth tablets be given to his tank regiments for these decisive battles. As a result, the British and American forces had to adopt the use of regular, run-of-the-mill amphetamines to keep up with the onslaught of insane German military men, who were tweaked out on meth.[8]

The tank battles of the African theater raged on, with speed fueling both sides and drug-addicted soldiers discharging munitions at each other on the front lines of the battlefield. 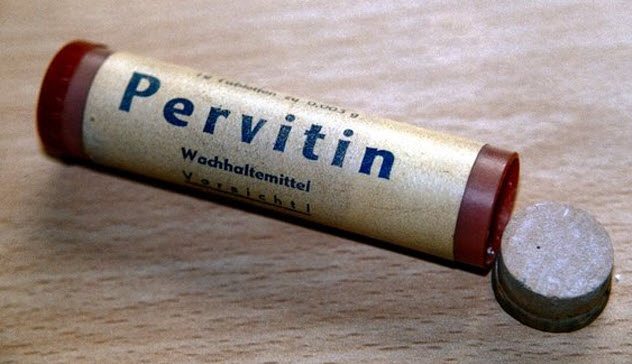 The Nazis’ plan worked for quite some time. They fueled their frontline soldiers performing blitzkrieg warfare with meth, alcohol, opiates, and other drugs to keep them fighting harder and faster and to give them superhuman strength. But this plot was bound to have its drawbacks.

Methamphetamine causes immense pleasure and total euphoria for its users for days. With that comes a heightened sense of awareness and focus. Users also experience a totally diminished need for food and sleep.

But over time, meth wreaks havoc on the user’s central nervous system, especially as a lack of sleep will inevitably catch up with someone. This often causes severe psychosis and a total disconnect from reality.[9] Over time, methamphetamine causes severe brain damage. Soldiers on the front lines experienced a deep, paranoid psychosis in the middle of a raging war zone.

It was even more terrifying for these men to go through a severe drug withdrawal in the middle of a battle, with bullets flying and bombs falling everywhere around them. Eventually, this must have eroded the fabric and confidence of the Nazi war machine. It also destroyed the most fundamental unit of the war: the soldier. 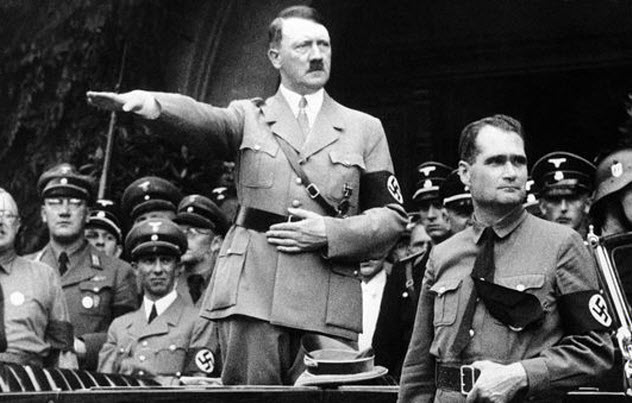 Adolf Hitler was quite high almost the entire war. There was an infamous encounter between him and the Italian dictator Benito Mussolini.

Having lost the support of his people for the war, Mussolini tried to persuade Hitler to allow the Italians to bow out of the war when the Allies landed in Sicily. Mussolini was in a predicament because Hitler was not going to hear any of it. But the meeting was even worse because Hitler had taken a cocktail of drugs. For hours, he ranted in a drug-fueled craze at the Italian dictator, who never got a word in.[10]

In that mixture was Pervitin, or Panzerschokolade (“tank chocolate”). Over time, the fuhrer became worse, using cocaine for everything from sinus congestion to eye drops. His meth addiction spiraled out of control. Upon later interrogation of his personal doctor, it was found that Hitler had been prescribed up to 80 different drugs per day.

The Allied forces began to wonder if the doctor was secretly trying to sabotage the war effort by rendering Hitler nonfunctional. Hitler used methamphetamine until the end of the war when the Nazis were overrun by the Soviet war machine on the Eastern Front.

Read more of the generally overlooked history of the Nazis on 10 Fascinating Ways The Nazis Influenced Fashion and 10 Works Of Art The Nazis Deemed ‘Degenerate’.