When we first learned about Pangaea in school, it seemed like a mystical world where land went on forever and animals and plants inhabited places we could not even imagine. Just thinking about all the continents fitting together like a puzzle is unbelievable. Also, it’s incredible that earthquakes and tectonic plates could move so much land apart to make the world that we know today.

A lot of research has been done on Pangaea, but there is still a lot that we do not know. In fact, without the theory of continental drift, the idea of Pangaea would not have been conceived. Here is a list of 10 amazing things you may not have known about the landmass known as Pangaea.

10 Why Did Pangaea Form And Break Apart?

Here are two of the biggest questions about the supercontinent Pangaea: Why did it form in the first place, and why did it break apart? This is where it gets fuzzy for researchers. Scientists have not come up with one reason for why Pangaea formed and broke apart. Instead, there are many explanations.

Most scientists agree that it all has to do with the Earth’s mantle. During times of plate movement, such as the breakup and formation of Pangaea, scientists believe that the mantle was heating up from radioactive decay. This caused the mantle to be unstable and the plates to move.[1]

This is not always happening, which is why it takes so long for supercontinents to form and break apart. It is incredible to think about just how powerful the mantle is and how much it contributes to the landforms today and throughout history.

Deep chasms are opening near Kenya, and it looks like the land is ripping apart. This area is known as the Great Rift Valley. It is a terrifying but extraordinary sight. The land is splitting in half, like a scene from a thriller movie.

This land contains homes and roads that are being destroyed by these chasms. Such land movement could be the start of a new Pangaea formation. How cool is it that we can see our land moving to form a potential new supercontinent?

So how does this relate to Pangaea?

Obviously, a supercontinent like Pangaea will not be forming anytime soon. But this land movement helps to prove theories about Pangaea and how continental drift exists and can form supercontinents over millions of years.[2] 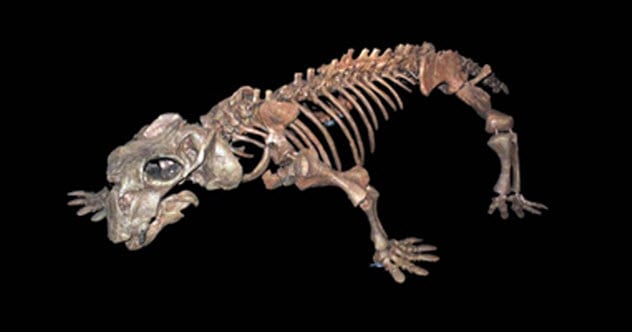 Fossil evidence has provided insight into the amazing land formation of Pangaea. Today, we know that elephants are not found in North America and polar bears don’t live in Africa. Interestingly, fossils from the age of Pangaea show that the same creatures were on many of today’s different continents, which would not have been possible unless the continents were connected.

Cynognathus was a land reptile that was alive during the Triassic Period when Pangaea existed. Scientists have found fossils of this creature in South America and Africa.

Lystrosaurus, another land reptile, had remains found in India, Antarctica, and Africa.[3] Without Pangaea or other supercontinents, the distribution of these fossils would not have been possible. Fossil evidence of these animals is so interesting because it helps to prove that Pangaea existed so long ago. 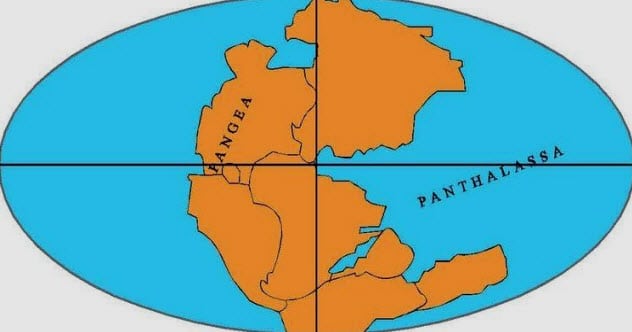 We all know there are five oceans: the Arctic, Atlantic, Pacific, Indian, and the newest member, the Southern Ocean. These five oceans are huge and take up most of the Earth. Back when Pangaea existed, that same amount of area was comprised of only one ocean, known as Panthalassa.

Since there was only one landmass, Pangaea, only one ocean surrounded the supercontinent. As such, the currents of Panthalassa would have been different than the currents of today’s oceans.[4]

According to experts, the currents of Panthalassa probably would have been very slow. Scientists also believe that there would not have been such a drastic change of tides, like high tides and low tides. This giant ocean would have been very calm and had a more even temperature than the oceans we have today. 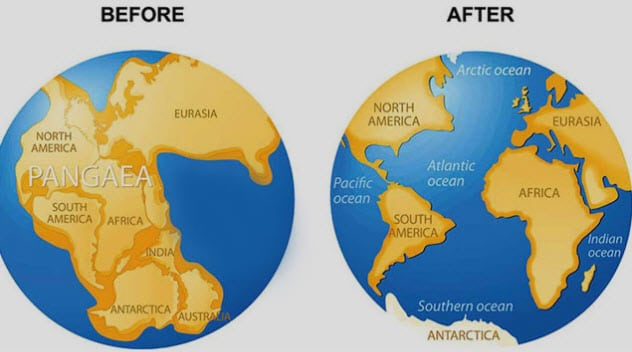 When Pangaea started to break apart, the whole function of oceans changed. Not only did the land breaking apart cause the ocean to disconnect into different parts, but it also triggered a change in the flow of currents.

The currents started to rotate from west to east, which they were not doing when the ocean was just Panthalassa. Also, the distribution of cool and warm tides stopped. Since the oceans were more cut off from one another, the currents could not move the warm water as easily and it completely changed the temperatures of the oceans.[5] 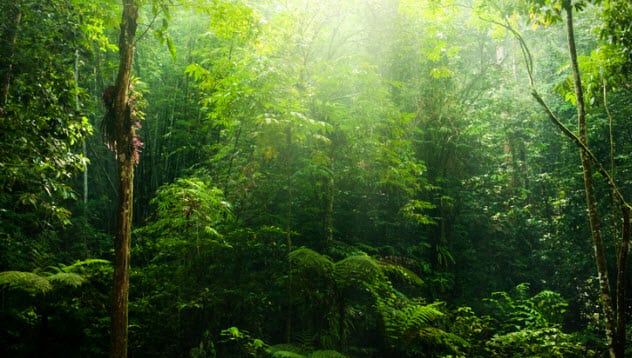 Researchers believe that the interior sections of today’s continents were very dry and did not receive much rainfall when Pangaea existed. This would be similar to a desert climate and occurred because the area was surrounded by mountains, which would have kept out the rain.

Due to the discovery of coal deposits in certain areas, researchers also believe that parts of Pangaea near the equator would have been a tropical rain forest.[6] It is strange enough to think about how different the climates would have been on Pangaea, but what is even crazier is how scientists can use something as small as coal deposits to understand that ancient world. 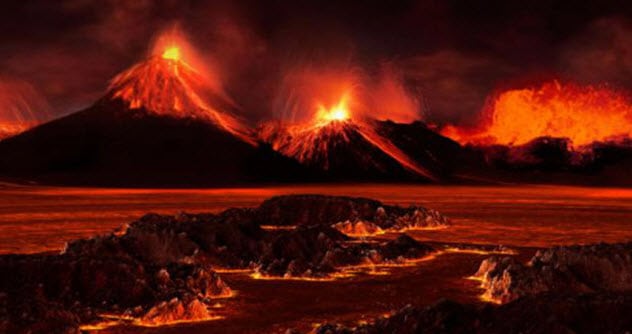 Right now, many animals are on the verge of extinction. However, we do not see a lot of species going extinct at once very often. Mass extinctions are rare, but they have happened in the past and will continue in the future.

During the time of Pangaea, a mass extinction event occurred approximately 252 million years ago.[7] This period of time was known as “The Great Dying.” This extinction caused species to survive that eventually were the relatives of birds. The first species of dinosaurs were also seen during this time. 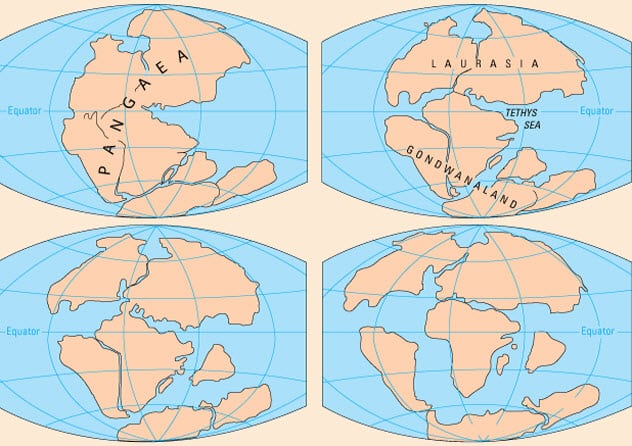 We know that our land looks very different from the supercontinent Pangaea. In fact, researchers think that the configuration of our land will not last forever and that there could be another Pangaea someday.

How long would it take to form a supercontinent, and could we see another one in our lifetimes? Well, it would take about 300–400 million years to make another Pangaea and then that long for it to break apart again. So we will not see this amazing land mass in our lifetimes.[8] 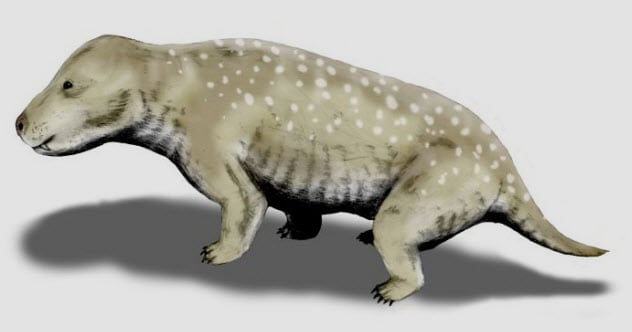 An animal family named Traversodontidae first emerged during the time of Pangaea. This plant-eating animal is believed to be an ancestor of the mammals. Insects also flourished during the age of Pangaea. Specifically, beetles and dragonflies were all around.[9]

During the Triassic Period, there was the rise of archosaurs, which eventually led to crocodiles and birds. Finally, as mentioned earlier, the first dinosaurs were seen. However, they looked a little different than we might expect.

Researchers believe that these dinosaurs had air-filled bones and were covered in feathers. Many of the species on Pangaea gave rise to animals that we see all around us today. 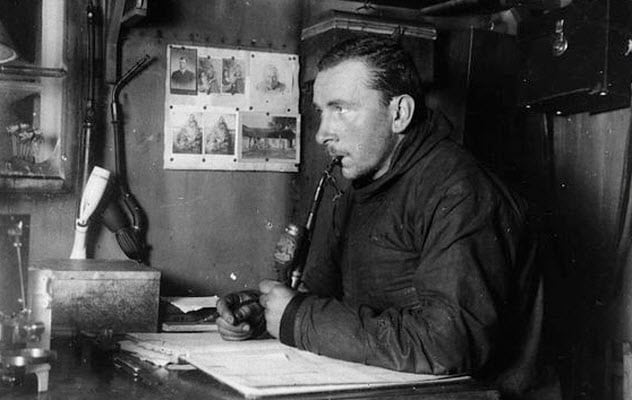 Pangaea is a very strange and symbolic name. In 1912, a meteorologist named Alfred Wegener was the first person to propose the idea of a supercontinent. He was working on the theory of continental drift and discovered that a supercontinent, or continents, may have existed at some point in the past.

Well, Pangaea is derived from the Greek word pangaia, which means “all the Earth.” This name was perfect for the supercontinent Pangaea because all the Earth’s land was in one place.

Of course, Wegener endured some criticism for his theory. But without his work on continental drift and Pangaea, evidence would not have been collected on these subjects.

I am a teacher who likes to write in my free time.

For some more facts that you may not have known about Pangaea, check out 10 Amazing Ways Ancient Oceans Affect Our Lives Today and 10 ‘What If’ Scenarios About The Earth’s Geography And Climate.