Ask most people who the oldest drag queen they know is, though, and they’ll probably answer Divine from Pink Flamingos or RuPaul, and maybe someone will mention that Ed Wood dressed as a woman in Glen or Glenda.[1] What many people don’t know is that today’s drag performers have a long cultural tapestry from which to draw inspiration. To help educate drag fans, this list will review ten of the most amazing American drag queens who were born before 1900. 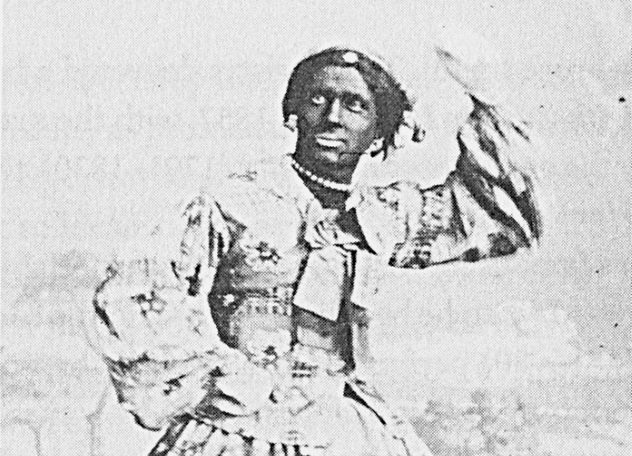 Born in 1840 as Ebenezer G.B. Holder, Rollin Howard became one of the first drag queens in the United States to have reached a level of national popularity.[2] A dramatic performer, Howard worked drag into his minstrel performances between 1860 and 1870. Minstrel shows were a very popular form of entertainment that involved Caucasians using blackface to portray African American characters.

Before the US Civil War, drag performances in the United States were relatively rare. But after the war, Howard was one of several well-known drag performers, including Francis Leon. (We’ll get back to him.) Howard tended to perform as a wench who was flirtatious, graceful, and elegant.

Today, Howard is best remembered for receiving credit for arranging “Shoo Fly, Don’t Bother Me,” although the exact author of the song is still a subject of some contention, with others crediting T. Brigham Bishop. The song is recognized by many for its use in the 1998 Disney/Pixar film A Bug’s Life. Like many performers, Howard died before his time around the age of 39. 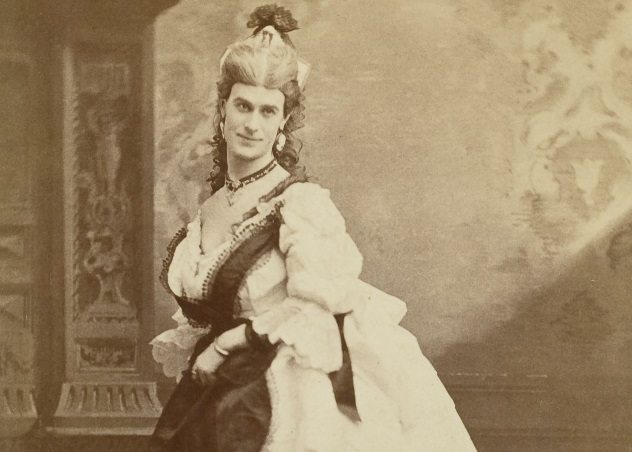 Another New Yorker, Francis Leon was born in 1844 and was also became a famous blackface minstrel performer. Trained as a boy soprano, Leon started performing in drag at 14.

Often billed as just “Leon” or “The Only Leon,” he performed a wench character much like Rollins. A centerpiece of his act was “Leon’s 300 dresses,” with some of the dresses worth $400, quite a lot of money for the time. Leon’s act was so popular that by 1873, every major minstrel troupe had Leon imitators. Leon received glowing reviews from the press for his sensitivity and accuracy in performing as a “man woman.”[3]

How Leon spent the end of his life is not known, but the last reference to him was in 1883, when he joined the San Francisco minstrels.

8 The Drag Performer Who Played Widows 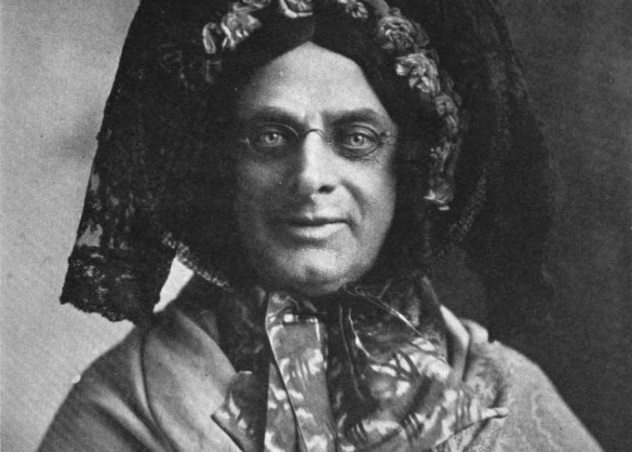 Neil Burgess was born in Boston in 1846 and lived an extraordinary life as a drag performer.[4] He specialized in playing elderly widows.

Burgess began his career around 1865, when he filled in for a sick actress during a performance of the play The Quiet Family in Providence, Rhode Island. His most popular act was a playing an elderly widow in Widow Bedott in 1879. His friends recalled him as “not the least bit effeminate” but still extraordinarily gifted at performing as a woman. Burgess’s last performance was the elderly widow Abigail Prue in the musical County Fair.

When he was not performing, Burgess was also an aspiring inventor and designed both a turning platform that allowed horses run at full speed in the theaters and a device that simulated the noise of a large crowd. 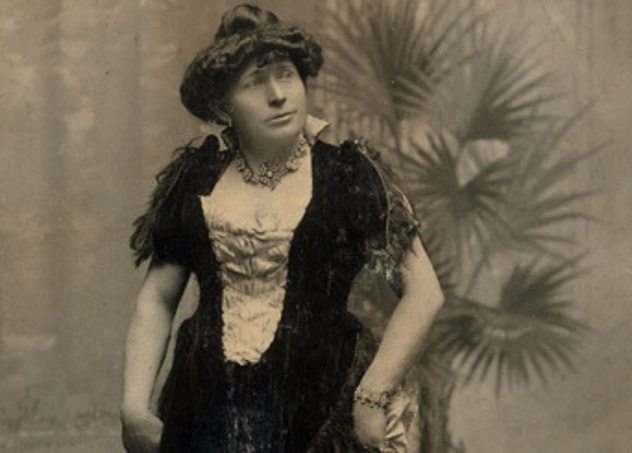 Many people have heard of Brigham Young, a major figure in the Church of Jesus Christ of Latter-day Saints as well as the founder of Salt Lake City. Most people, however, do not know that his son, Brigham Morris Young, was a famous drag performer.[5]

Morris Young performed drag under the pseudonym of Madam Pattirini throughout locations in Utah from the 1880s to 1900s, including at the Sugar House Ward, which was a Mormon meeting house in Salt lake City. The Church of Latter-day Saints even welcomed Madam Pattirini into its buildings for performances. Morris Young’s son wrote that Madam Pattirini’s falsetto was so high and feminine that it fooled many people into thinking that Morris was actually a woman.

Madam Pattirini’s name has lived on, and today, Utah’s Ogden’s Own Distillery even has a gin named after “her.” Morris Young also founded the Young Men’s Mutual Improvement Association, a precursor to the Mormon church’s Young Men program, which is still in existence today.

6 The Drag Performer Who Got Struck By Lightning 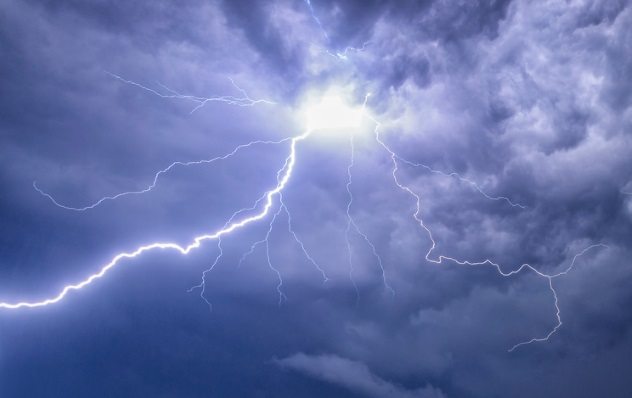 Bert Savoy was born in Boston in 1876, and by the 1890s, he was performing in carnivals, honky-tonks, medicine shows, and stock companies. Savoy first performed on Broadway in the show Miss 1917, with an act called “The Society Jesters.” Savoy later played in Ziegfeld Follies 1918 and the gay-friendly Greenwich Village Follies of 1920.[6]

Unlike drag performers of the past, who nearly all played graceful women, Savoy became known for playing bawdy drag queens in the vein of Divine. Some sources have claimed that Mae West borrowed her act from Savoy. Remembered for wearing a bright red wig, after once being told of how a man pushed his wife out of a boat to drown her, Savoy replied, “She was a fool to come up.”

On June 26, 1923, Savoy was walking along Long Beach with four friends when a thunderstorm suddenly appeared. Before he was struck and killed by lightning, Savoy is claimed to have quipped either, “Well ain’t Miss God cuttin’ up somethin’ fierce?” or “That’ll be quite enough out of you, Miss God!” Today, Savoy lives on in two popular culture sayings that he is credited with creating: “You slay me” and “You don’t know the half of it.”

5 The Drag Performer Who Danced With A Snake 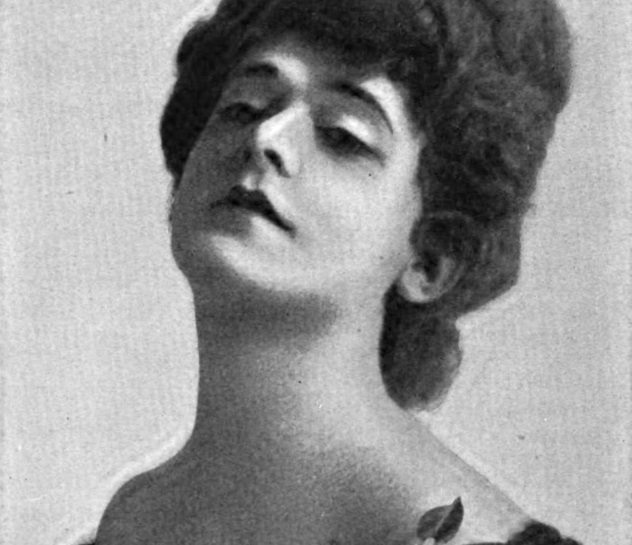 Born in Denmark but raised in San Francisco, Bothwell Browne was one of the first drag performers to appear on film. For a time, Browne performed in an act with male impersonator named Kathleen Clifford.

In 1911, Browne starred in the Broadway show Miss Jack, which was about a college student who goes in drag as a sorority girl. In 1919, Browne made his only film appearance in the Mack Sennett production Yankee Doodle in Berlin, which was partially World War I propaganda. In the film, Browne played an aviator who dresses as a woman. Browne also played roles such as Cleopatra, a suffragette, and a “pantaloon girl.” 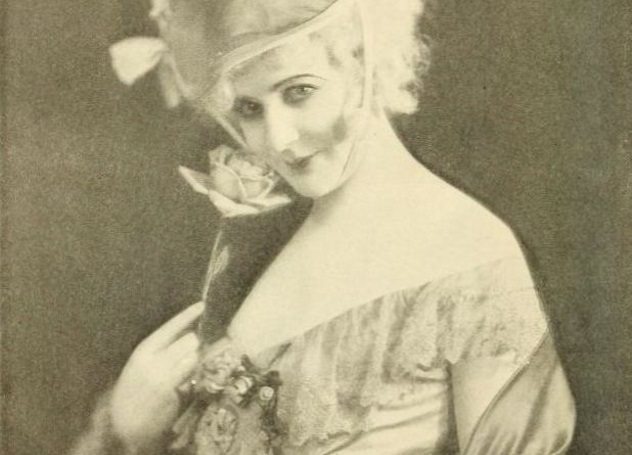 William Julian Dalton (who was better known as Julian Eltinge) began appearing dressed as a girl with the Boston Cadets at the age of ten. During his teenage years, Eltinge appeared in women’s clothing in saloon performances for ranchers and miners. After discovering his drag performances, Eltinge’s father savagely beat him.

In 1904, at the age of 23, Eltinge appeared on Broadway. Before long, he was world-famous and appeared in vaudeville acts throughout Europe and the United States. Eltinge even appeared in drag in a variety of films, including 1917’s The Countess Charming and The Isle of Love with Rudolph Valentino.

Unlike many other drag performers at the time, Eltinge tried to actually present himself as a woman rather than as a caricature. To help preserve his feminine identity, he performed as just “Eltinge” without revealing his act. At the conclusion of each performance, Eltinge would remove his wig to reveal his masculine identity. Off the stage, Eltinge emphasized his masculine qualities by getting into fights and smoking cigars. As a result, writer Dorothy Parker created the word “ambisextrous” to define Eltinge.[8]

Due to his success in the musical The Fascinating Widow, a theater on New York’s 42nd street was even named after Eltinge. The theater eventually fell into dilapidation and became a burlesque house. In 1941, Eltinge died after a show in New York City.

3 The Drag Performer Who Killed A Man 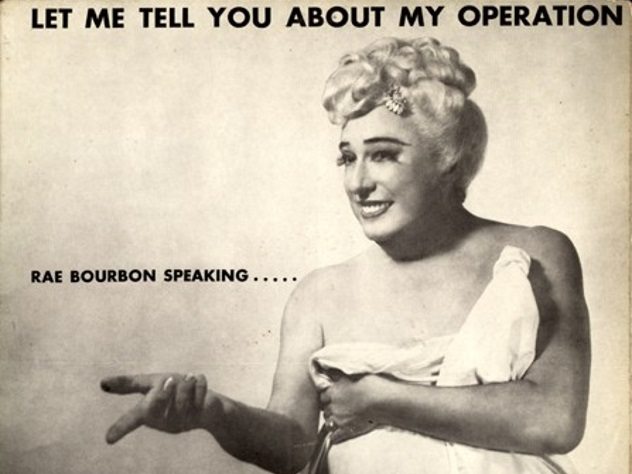 Born in 1892, Ray Bourbon is most remembered for his outrageous behavior and his shocking (for his time) monologues. Bourbon claimed that he was the illegitimate son of a Texas congressman and that his mother had been from the “Habsburg Bourbons,” a rare and now extinct line of European royalty.

Bourbon’s ascent to headlining at nightclubs occurred quickly. In 1931, Bourbon modeled women’s dresses in a Bakersfield, California, department store. In 1932, he headlined a show called Boys Will be Girls in San Francisco. Over the next decade, Bourbon appeared in hundreds of gay nightclubs throughout the United States, performing songs like “Mr. Wong Has Got the Biggest Thong in China.”

In 1956, Bourbon claimed he had received sex reassignment surgery in Mexico, but many believed this to be a faked event for publicity. Bourbon later released an album, Let Me Tell You About My Operation, and demanded from then on that he receive billing as Rae Bourbon rather than Ray Bourbon.

Bourbon’s career, however, would soon come to a tragic end. In 1968, he was arrested for murdering a kennel owner who had kept Bourbon’s more than 70 dogs.[9] After being sentenced to 99 years in prison, Bourbon died in 1971.

2 The Drag Performer Who Was A Sergeant 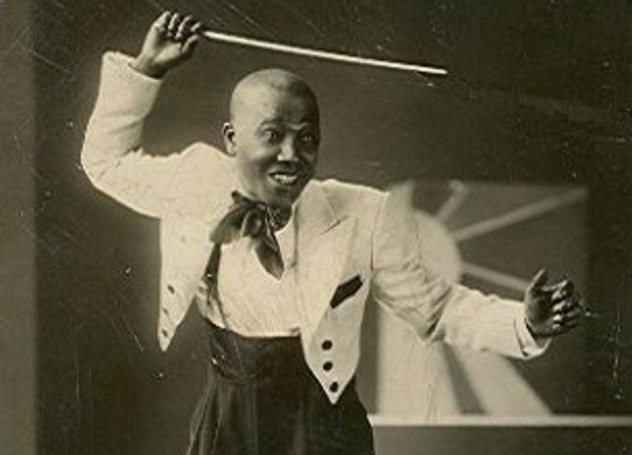 Known as “Half-Pint” due to his 157-centimeter (5’2″) height, Frankie Jaxon was born in 1896 (or 1897 according to some reports) and made his living as a vaudeville performer and female impersonator.[10]

Touring medicine shows in Texas during the 1910s, Jaxon became popular among crowds due to his bawdy behavior and feminine voice. Jaxon began his career in 1910, performing in bars, cafes, and movie theaters. In 1918 and 1919, Jaxon took a break from performing to serve in the US military, where he was promoted to the rank of sergeant. In the 1920s, Jaxon performed with a group called the Black Hillbillies. Jaxon’s own band was called the Quarts of Joy.

Performances by Jaxon were characterized by their intricate dance numbers, numerous comedy changes, and even acrobatics. The songs in these performances, like “Operation Blues,” included numerous double entendres.

Today, Jaxon is best remembered for his work with Duke Ellington in the short film Black and Tan and his work with Cab Calloway. In 1941, Jaxon retired from show business. He is commonly said to have died in a veterans’ hospital in 1944. Other sources had claimed he lived to 1953 or even 1970.

1 The Drag Performer Who Toured With His Mother 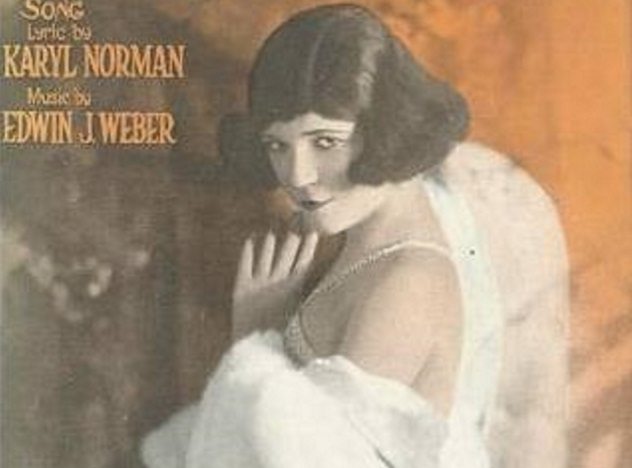 Billed as the “Creole Fashion Plate” and later referred to as the “Queer Old Fashion Plate” by Groucho Marx, George Paduzzi was born in Baltimore, Maryland, in 1897. Paduzzi, however, performed under the name of Karyl Norman.[11] He chose this name because he felt “Karyl” was genderless, and “Norman” was his father’s name.

Throughout his career, Norman traveled with his mother. Norman began performing vaudeville on the West Coast at the age of 16. A major star by the mid-1920s, Norman’s act was different from many other drag artists at the time because half of his characters were male. Norman was known for performing Southern songs and would change gender throughout his performance.

In the 1930s, however, Norman’s popularity diminished greatly, and he took to performing at underground clubs in New York City. After being arrested on a morals charge in the 1940s, Norman was released from prison by First Lady Eleanor Roosevelt. After Norman’s mother died, he retired to a quiet life in Hollywood, Florida.

Read about more gender norm-defying people through history on 10 Historical Cross-Dressers and Top 10 Men Who Were Really Women.