Armenia is a country that sits next to Turkey, Iran, Georgia, and Azerbaijan, which is of no help to those readers who have struggled through a liberal education. Go on, find it on a map. You can’t. Armenia is a picturesque land of plunging valleys, ancient churches, weird bread, and wrestling, but there is so much more tragedy and comedy to unearth. Come with us, to Armenia!

10Armenia Has Been at War for Thirty Years 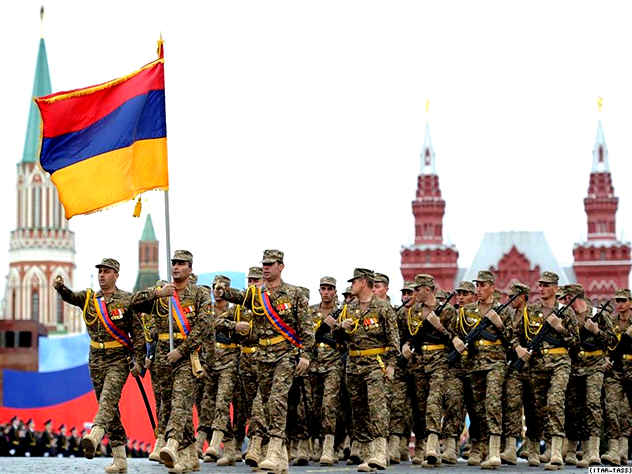 Depending on who you talk to, the duplicitous and totalitarian Azerbaijanis have been preventing the Armenian people in Nagorno-Karabakh province from rejoining their countrymen as part of Armenia. Either that or the sneaky and not to be trusted Armenians are backing violent separatists against the legitimate and noble Azerbaijani government.[1]

Since before the fall of the Iron Curtain, Nagorno-Karabakh has been the scene of sporadic and sudden violence, the causes and solutions to which nobody can apparently agree on. After the province declared itself an independent state in 1988, and following a 1994 conflict you didn’t hear about that cost upwards of 30,000 lives, the ethnic Armenians in the autonomous state of Nagorno-Karabakh have lived with the double threat of an Azerbaijani state keen to retake the territory, and an international community that recognises the Azerbaijani claims. The result is a seemingly endless cycle of sporadic violence and peace talks that collapse at the first round.

9Paganism Is on the Rise 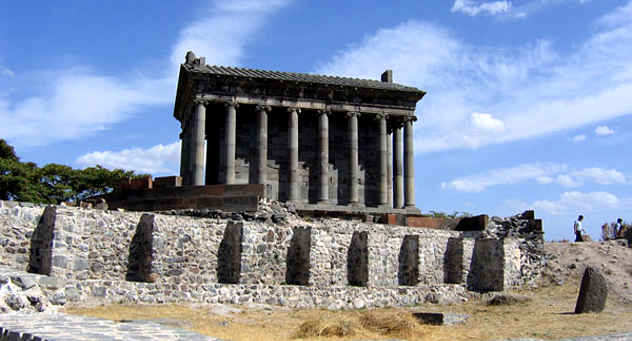 While over 90 percent of Armenians are Christians—mostly of the Armenian Apostolic variety, a particularly conservative and orthodox sect similar to the Coptics and Syriacs—there is a resurgence of paganism that is well integrated and respected in the country. The current president of the Republican Party is a so-called “Hetan” and the philosophy is highly entwined with a search for Armenian identity and nationality in the post-Soviet epoch.

Part of the reason for this reawakening of the old gods is the Temple at Garni.[2] A sacred site dating back to three thousand years before Christ, the Roman era temple was left unmolested when Armenia adopted Christianity in the third century A.D. This temple is the figurehead of a pagan culture that left relics, stonework, and symbology across the nation—meaning that in the years after the Armenian Genocide, there was a framework available for the persecuted peoples to regain some of their identity.

8The Genocide Is Still Denied 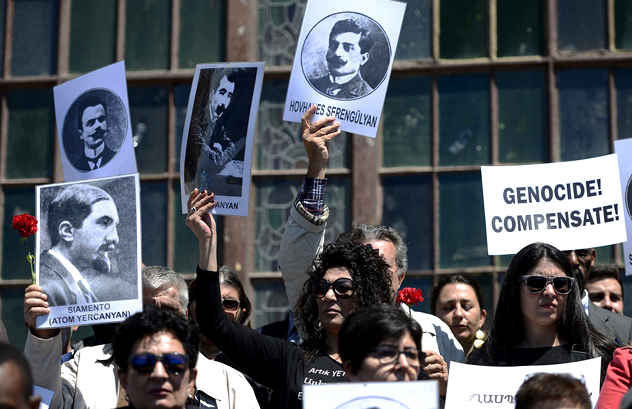 It is fairly common knowledge to most people that during the First World War, the Ottoman Empire exterminated 1.5 million ethnic Armenians. As well as brutal massacres at the hands of The Young Turks, many Armenians were simply forced into the Syrian desert to die of thirst and starvation.

Strange then, that only 28 countries acknowledge the genocide happened at all—and Turkey flat out denies it. Turkey is the key player that prevents the worldwide recognition of the genocide, through hysterical denunciations and the tearing up of trade deals, Ankara is sure to suppress any mention of Ottoman complicity in genocide—to the extent of hiring internet trolls to downvote a Christian Bale movie dealing with the topic. Weird.[3]

7The Beginning of the Christian World 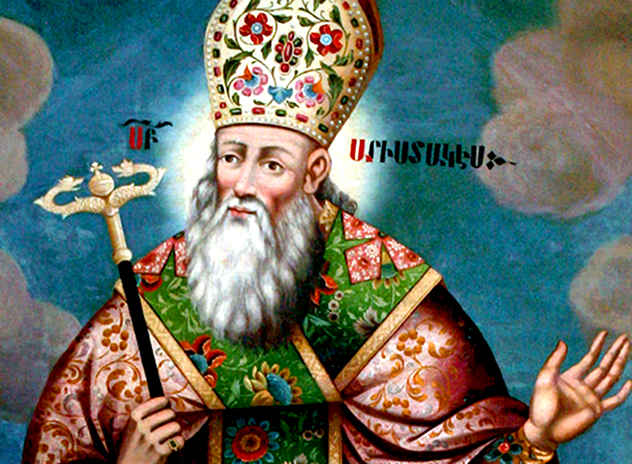 The exact details of how Gregory the Illuminator converted the pagan king of Armenia are wrapped in myth, as one might expect for a third-century legend, although Gregory himself almost certainly existed.[4] What we know for sure is that the oldest Christian cathedral on Earth (the Holy Etchmiadzin) is found in Armenia, and this event is one of the earliest models of what would become the method in which other pagan nations would turn to Christ.

In short, the legend that is told again and again with different characters is that a holy man goes to a country and talks to the pagan king. The king is unimpressed and tortures/kills/exiles the holy man, but then changes his mind after a miracle/demonic possession/defeat in battle. That is the story of Gregory the Illuminator and many other sainted men who followed him, and it all began in Armenia.

6Churchill Got Wasted with Stalin on Armenian Brandy 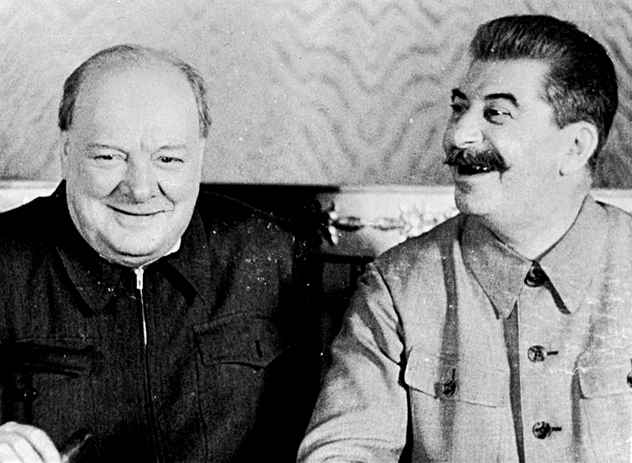 At the Yalta Conference, the greatest Prime Minister of all time took 500 cigars with him. After all, the conference between Stalin, Roosevelt, and Churchill was due to take an entire week. Winston’s proclivity for alcohol being well known, it is rumored that Stalin brought a sizeable supply of Dvin brandy from Armenia, claimed to be finer than French cognac. As the French were not invited to Yalta, being a “winners only” kind of club, we cannot say whether Dvin passed the Pepsi challenge, but we can almost guarantee that Churchill was drunk as a lord.[5]

As one should be, when deciding the fate of a planet with a genocidal despot communist dictator.

In any case, we can’t entirely blame “The Western Betrayal” on Armenian brandy, as the entire affair was really the story of Uncle Joe Stalin running rings around Roosevelt and setting the stage for the Cold War, which conveniently brings us back to Armenia in the communist era. 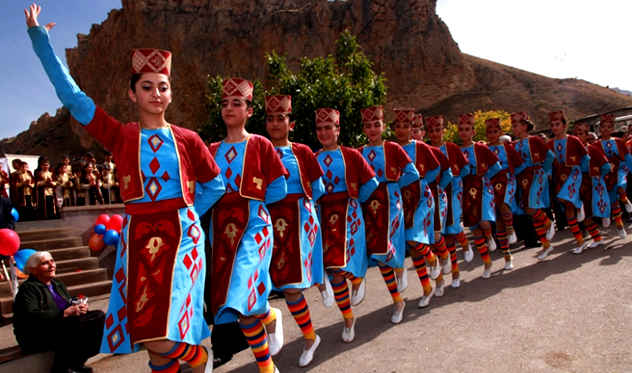 Apart from the obvious flaws that come along with communism, Armenia was in such a tragic state after World War I that the Sovietization was a blessing. In 1921 over 200,000 people were starving in the country,[6] and most of the population were beaten down rural folks who had survived the genocides. The infrastructure was limited, literacy was rare, and the school system was limited to being whatever the church felt like teaching.

Unlike many other satellite states, the Armenians were permitted to retain their own language, and much of their culture was left essentially intact—although naturally communism dominated public life and attempted to exterminate religion entirely. By 1991 when independence was declared, Armenia was a modernized state with industry, infrastructure, and decent levels of education. Thanks, commies!

In seriousness though, communists are awful, and they did kill a lot of Armenians for thought-crime. Having factories does not make up for that. 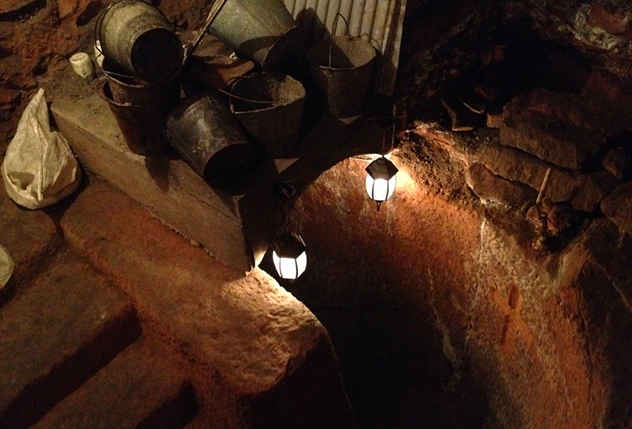 Back in 1985, Tosya Arakelyan asked her husband to dig out a potato cellar under their house. Being a builder by trade and not knowing that the end of communism and access to MTV was just six years away, Levon Arakelyan set to work using only hand tools, working for 18 hours a day and apparently motivated by visions that compelled him to dig.[7]

By the time Levon died, 23 years later, and having ignored MTV entirely in favor of more digging, the potato cellar had grown into a network of tunnels 70 feet below ground and included shrines, stairs, halls, and mosaic portraits. If nothing else, it stands today as a testament to the awesome power of nagging wives to motivate a guy to just live his life underground like some kind of badger, slowly going insane.

3Chess Is Mandatory in Schools 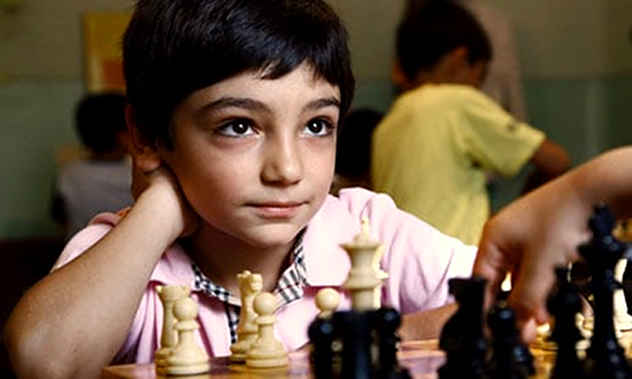 For the last six years, all Armenian kids have been playing Chess as part of the curriculum,[8] and now we wonder why this doesn’t happen everywhere, immediately. Chess as a game builds character, improves cognitive abilities, improvisation, and forward planning. It is also fun, unless you are a nerd who likes football or other so-called “Jock” sports. You don’t kill queens in football, losers.

Anyway, the example has been a success story, so much so that Spain has followed suit and as of 2015, similarly required chess to be part of everyday school life.

2Renewable Energy Is Going to Be Huge 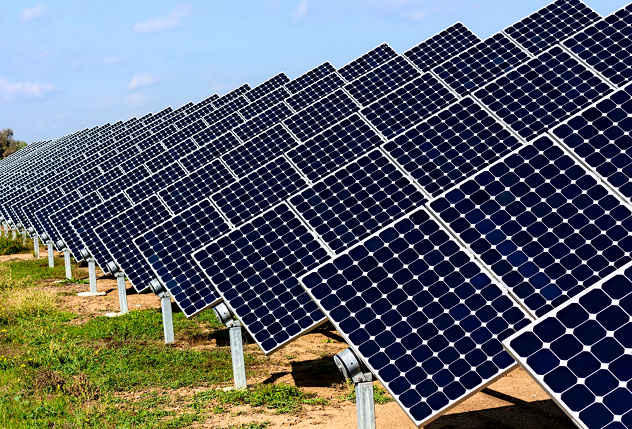 For the modest sum of around US$60 million, you could build a solar power station in Armenia. At the moment the new development is still at the bidding stage with over twenty bids from international companies. Armenia is already quite well versed in the less polluting side of power, having four hydro-electric plants already, and only one nuclear, and two thermal plants.

Why this particular project is important is that this proposed 55MW solar generator will be constructed in tandem with a 155MW geothermal plant at Jermaghbyur. Both projects are supported by the World Bank and the Asian Development Bank and represent both a significant investment in infrastructure and, with a population of just three million, the possibility that the entire nation will soon be a green energy model for the region.[9] 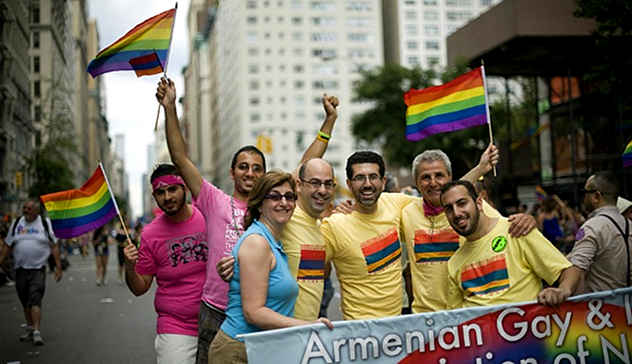 As is common throughout the region (particularly in neighboring Islam-dominated Azerbaijan), Armenia focuses little on issues considered important in the West. Primarily, freedom of the press is barely any better than under the Soviets — though our own media is hardly a bastion of truth or integrity any longer. The rights of homosexuals are minimal in the face of targetted crimes, such as the report that “five men attacked two transgender prostitutes in a Yerevan park in August, causing serious injuries. The sex-workers attempted to get help from security officers, who refused to assist them.” There is no law against domestic violence, and there is minimal protection from the legal system for victims of child prostitution and pornography.

Conversely, when one actually is arrested by the Armenian authorities, the punishment is likely to be significantly harsher than you are used to in a western country, with violence par for the course. For example, a woman in Yerevan abused a police officer who whistled at her in 2016. “Four policemen handcuffed her and took her to the station, where she claimed they insulted and ill-treated her for three hours. A forensic exam (notably by the very same authorities) revealed bruises and mental distress. Her appeal of the Special Investigation Service’s decision to dismiss her complaint was under court review at time of writing. She was charged with insulting an officer.“[10]

Read more about Armenia on 10 Disturbing Facts About The Armenian Genocide and 10 Intriguing And Mysterious Archaeological Sites.