Now that the weekend is here, we have a bit of free time to unwind and catch up on the more interesting stories of the week. Morris’s list here focuses on the serious stuff, while this list tackles news items that are more bizarre and novel.

We have a few interesting animal tales this week, talking about fat bears, perfume-loving tigers, and butt-dialing geckos. There are also a couple of compelling space stories, an auction with an unexpected finale, and an ill-advised game of hide-and-seek. 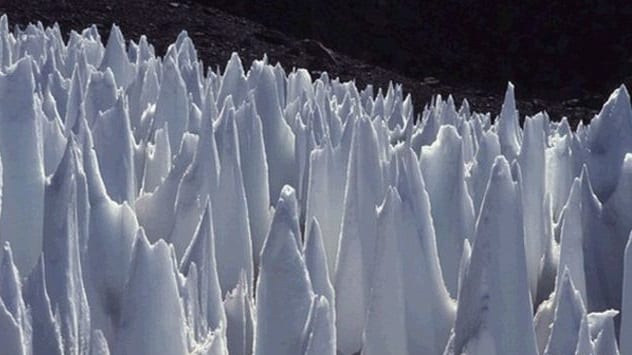 Future missions to Europa just got more difficult, according to a new study published in Nature Geoscience. Researchers from Cardiff University assert that the surface of the moon is covered in giant, jagged “ice spikes.”

Scientists believe Europa has the right conditions to create penitentes like those found on Earth. These are bladelike ice formations made in regions that are very cold and dry, like the Andes. The main difference is that while Earth penitentes grow up to 5 meters (16 ft), the ones on Europa are expected to be up to 15 meters (50 ft) tall.[1]

The ice spikes haven’t actually been seen, though. The Europa Clipper mission is set to launch sometime between 2022 and 2025, with the goal of studying Jupiter’s moon in detail. It will likely be the one to confirm or deny the presence of these penitentes. 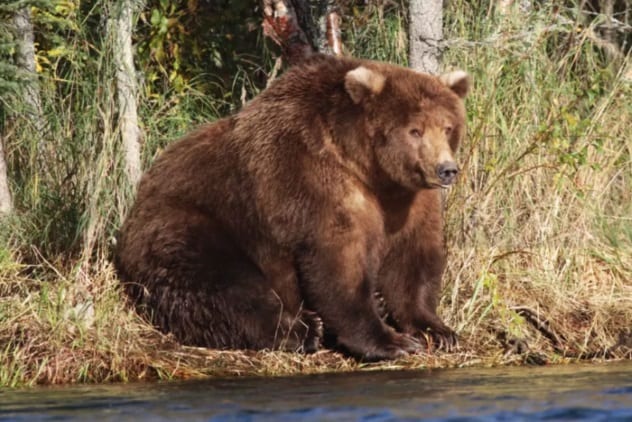 Fat Bear Week is over at Katmai National Park and Preserve in Alaska. A female named 409 Beadnose won the contest and was crowned this season’s most bodacious beefy bear.

It is the time of the year when these animals gorge on salmon to fatten up as much as possible for the winter. It’s not uncommon for some bears to gain 130 kilograms (285 lb) or more in weight over the summer. Over the last four years, Katmai has held an annual contest to determine which is the most beloved rotund animal by posting photographs on Facebook. The competition is single-round elimination where fans vote on two different bears pitted against each other.[2]

This year, Beadnose trumped heavy favorite and two-time champ 480 Otis in her first round. In the finals, she defeated another bear simply known as 747, described at times as a “jelly-bellied jumbo jet” and a “Macy’s Thanksgiving parade balloon.”

Beadnose actually won the first contest back in 2015. However, in 2016, she had two cubs, so she spent the next two feeding seasons sharing the spoils. This year, though, the kids were out of the house, so Beadnose was free to pack on the blubber.

Researchers at Caltech have developed two time-traveling illusions that illustrate postdiction—a phenomenon where a stimulus affects our perception of an event that occurred before it.

How does this work? Basically, all of the stimuli come one after another very fast in under a fifth of a second. The brain is bombarded with noisy, conflicting information. It uses inferences to make sense of it all and, in doing so, creates something that was never there.

The first experiment is called the Rabbit Illusion, and you can try it at home.[3] Simply focus on the cross and count the number of flashes accompanied by beeps at the bottom of the screen. Most people will perceive three flashes but, in reality, there were only two. The middle part only has a beep but the brain analyzes the stimuli presented before, during, and after it and adds a third flash.

The second illusion is called the Invisible Rabbit and works opposite of the first. This time, there are three flashes, but the middle one has no beep, so the brain removes it. 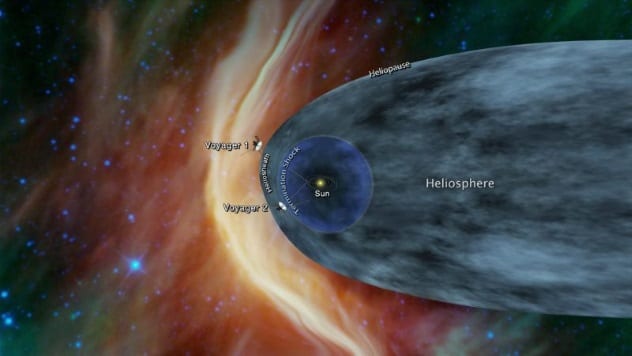 New clues suggest that Voyager 2 might soon become the second man-made object to enter interstellar space. Voyager 1 left our star system in August 2012. Now it seems that the spacecraft’s twin will do the same.

Both probes were launched back in 1977. Voyager 2 was actually launched first, 16 days prior to Voyager 1. However, the probe took a different trajectory that lengthened its journey to Jupiter and Saturn but also allowed it to fly by Uranus and Neptune.

Two of the spacecraft’s onboard instruments have detected about a five-percent increase in the number of cosmic rays hitting it over the last month. This could be an indication that Voyager 2 is reaching the outer boundary of the heliosphere, called the heliopause.[4]Voyager 1 experienced a similar change in its environment in May 2012, a few months before entering interstellar space. However, it is not a guarantee that Voyager 2 is in the same situation. The changes could have occurred because the craft is located in a different part of the heliosphere during a different period of the Sun’s 11-year activity cycle. 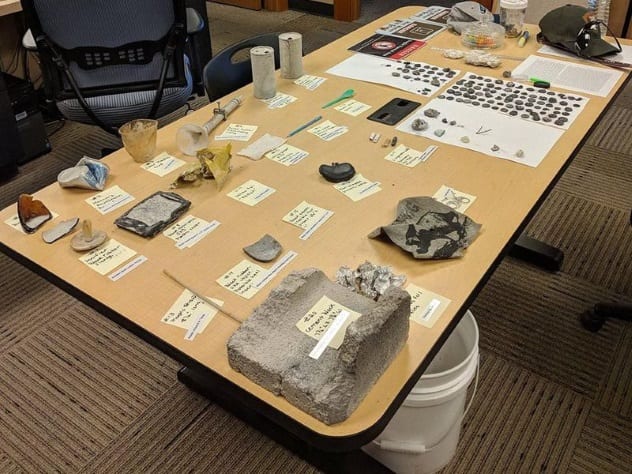 A geyser at Yellowstone National Park erupted, spewing out historical trash going back to the 1930s.

If you ever visit a geyser, you will see signs warning you not to throw anything inside. Unsurprisingly, people do it anyway and have been doing so for decades. Ear Spring geyser had a particularly powerful eruption in late September, shooting water over 9 meters (30 ft) into the air. It hasn’t experienced a blast this strong in over 60 years.

This time, alongside water, rocks and other expected materials, the geyser also discarded a lot of the trash that people have been dumping inside it for almost a century. This includes common garbage like empty soda cans and cigarette butts, but also about 100 coins, a giant piece of a cement block, and a baby pacifier from the 1930s.[5]

Since Ear Spring erupted, there has been an increase in thermal activity on Geyser Hill. The United States Geological Survey (USGS) points out that this is a normal occurrence and has no connection with Yellowstone’s dormant supervolcano. Meanwhile, park officials consider the trash “clearly historic” and plan to catalogue it and store it in their archives. However, they stress that this should not encourage people to continue throwing trash in the geysers in the name of posterity. 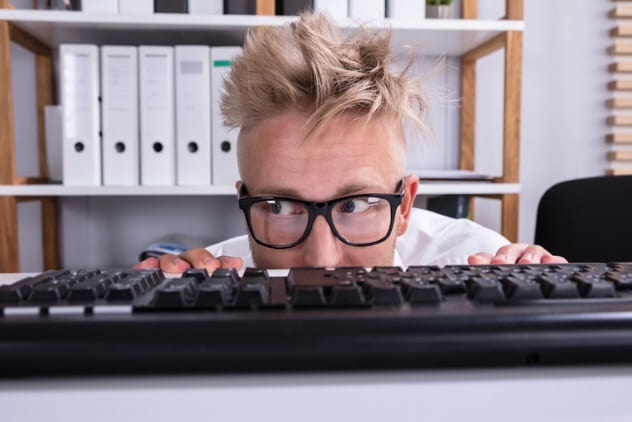 Birmingham armed police responded to a possible bank robbery only to discover that the staff were playing hide-and-seek.

Wednesday morning, a person was walking by the NatWest Bank in St. Philip’s Place, Birmingham, England, when they saw staff members hiding under their desks. Fearing a bank robbery, they called the police, who promptly arrived on the scene. When they went inside to investigate, armed officers discovered it was a false alarm.

The staff at the city center branch were playing hide-and-seek as part of a team-building exercise.[6] Spokespeople for NatWest Bank and the Birmingham Police gave statements confirming that it was a false alarm. NatWest also promised to speak to its staff members to ensure that they “learn from this incident.”

4 AI Teaches Itself To Discriminate 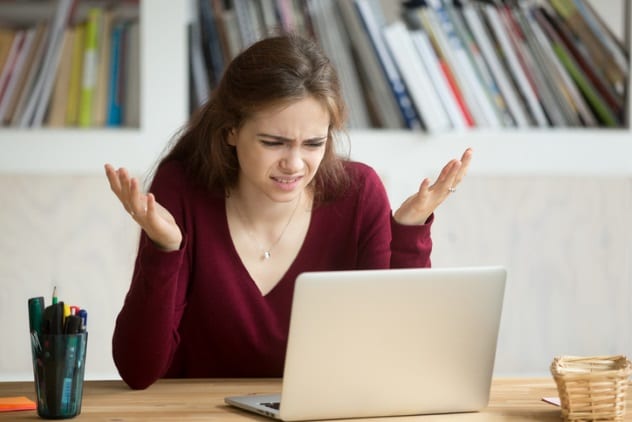 Amazon scrapped an AI recruitment software because they couldn’t stop it from discriminating against women.

According to Reuters, the online giant had a team of programmers working on the recruitment engine since 2014. The goal was to automate the hiring process by building an algorithm that could find the best candidates by analyzing their CVs and dishing out star ratings ranging from one to five.

In order to construct that algorithm, developers built a database with Amazon resumes over a ten-year period so that the artificial intelligence could observe patterns and keywords likely to result in successful hires. The problem was that the majority of those resumes came from men. Therefore, the AI taught itself to prefer male candidates over females. It even penalized CVs that contained the word “women’s,” as in “women’s chess club captain” or “women’s college.”[7]

Programmers spotted the problem back in 2015. While they could set the AI not to respond to these particular terms, they couldn’t guarantee that the software wouldn’t learn new ways to discriminate against women. Finally, Amazon decided to scrap the whole project. The company hasn’t commented on its failed experiment other than specifying that it was never used by recruiters to evaluate candidates. 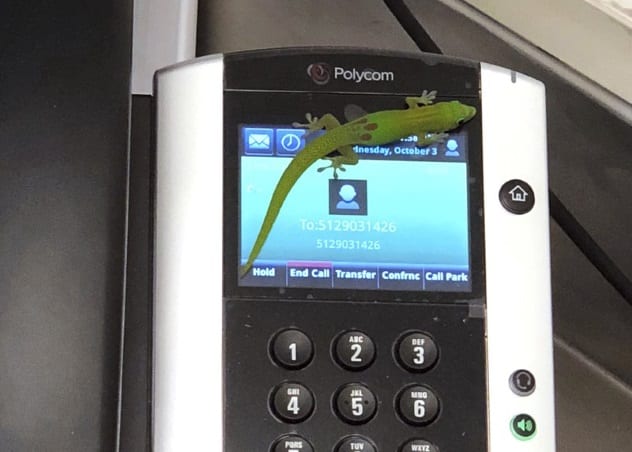 A gecko was responsible for a “bazillion” butt-dials made from a seal hospital in Hawaii.

Dr. Claire Simeone is a marine mammal veterinarian who works as director at Ke Kai Ola, a health care center dedicated to Hawaiian monk seals. One day, she received a phone call from the hospital, but when she answered, there was only silence. This happened nine more times. She eventually rushed to the hospital, fearing an emergency. There, Simeone discovered that everything was fine but that other people also received numerous silent calls.

The vet called the phone company, which concluded that the hospital might have a broken line. Simeone went from room to room, and, in a lab, she found the culprit. It was a gecko sitting on a phone, butt-dialing (foot-dialing, to be more accurate) everyone in the “Recent Calls” list.[8] The lizard was taken outside and found a nice, new resting place on a plant. 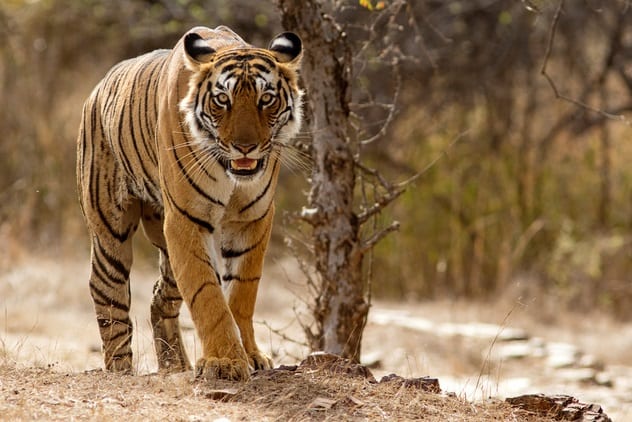 The people of Pandharkawada in India have a problem—for the last two years, they have been terrorized by a female tiger believed to have killed up to 13 people. So far, she has eluded hunters, police, trackers, and drones. So officials have turned to a new solution: Obsession for Men by Calvin Klein.

While nobody is certain that this will work, some wildlife experts believe that the smoky aroma of the fragrance could be used to lure the tigress into a trap. If you are wondering why this particular perfume would work well as a scent bait, it is because it contains civetone, a pheromone from the African civet.[9]

A previous experiment at the Bronx Zoo in New York showed that jaguars love the eau de toilette. It has since been used to lure wild jaguars in sight of camera traps by spraying it on tree branches. On one occasion, the perfume was used to trap a leopard in the Indian state of Karnataka. It remains to be seen if it works on tigers.

A Banksy painting went through the shredder moments after being sold at auction for over £1 million.

Last Friday, Sotheby’s in London auctioned off a new piece by the mysterious artist. At first, everything seemed normal as the artwork sold for a total of £1,042,000. However, a few seconds after the hammer dropped, an alarm sounded. The painting then fell halfway through its frame and passed through a shredder hidden at the bottom.[10]

The artist seemed pleased with how things went down. He posted on Instagram a photo of people’s reactions at the auction with the caption, “Going, going, gone . . . ” Pest Control, the firm that represents Banksy, later affirmed that the title of the piece is Love is in the Bin.

A representative for Sotheby’s claimed that the sale marks the first time in history that artwork was created live during an auction. He also confirmed that the buyer, identified only as a European woman, will still go through with the purchase, happy that she now owns a piece of art history.