If you struggle to keep up with all the latest happenings, we’ve got you covered. Here at Listverse, we look at all the notable stories from the past week. Click here to learn about the important, serious news, or read on for tales of twisted truths and freaky facts.

This week’s list is a globetrotting affair that takes us for a ride. We start in North America and then travel to Australia and Japan, with a layover in Antarctica for a bit of attempted murder. From there, we move on to Mars and reach our final destination in the center of the Milky Way. 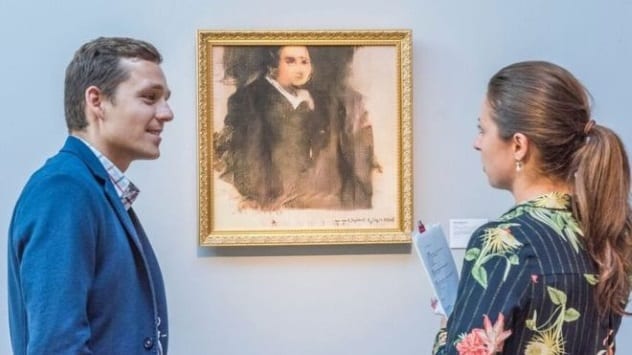 A few months ago, we talked about the first-ever work of art made by artificial intelligence going on sale at a major auction. The painting sold for a final price which completely obliterated all expectations.

Portrait of Edmond Belamy was made by Paris-based art collective Obvious and their AI called Generative Adversarial Networks (GAN). The artificial intelligence was solely responsible for making the actual artwork, while Obvious gave the man in the painting a name and background.

The work of art went on sale at Christie’s Prints and Multiples auction in New York. Even though it garnered a lot of media attention, it wasn’t expected to fetch a high price. Obvious thought it would sell for around $10,000, and Christie’s own appraisers considered that sum the upper limit. Portrait of Edmond Belamy actually sold for $432,000.[1]

9 The Forest Is Alive

The ground looks like it’s breathing in Quebec Forest

Online viewers were confused and even disturbed about a creepy video that, appropriately, started making the rounds just in time for Halloween. A man walking through a forest in Quebec filmed the ground moving up and down as if the Earth was breathing.

People offered their opinions on the phenomenon, typically based off their favorite fantasy and horror stories. A giant turtle like the one in The Neverending Story sleeping underground was a popular hypothesis.

Eventually, a meteorologist came forward to offer a more sensible, but less exciting, explanation. In this case, it was a multitude of factors coming together to create a rare weather phenomenon. Mark Sirois of the Southern Quebec Severe Weather Network said that powerful winds are the main cause for the strange effect. They were moving the trees, whose roots were lifting the ground.[2] The soil is also covered in moss, making it easier for the roots to loosen and undulate beneath the surface.

8 More Fun Than A Barrel Of Monkeys 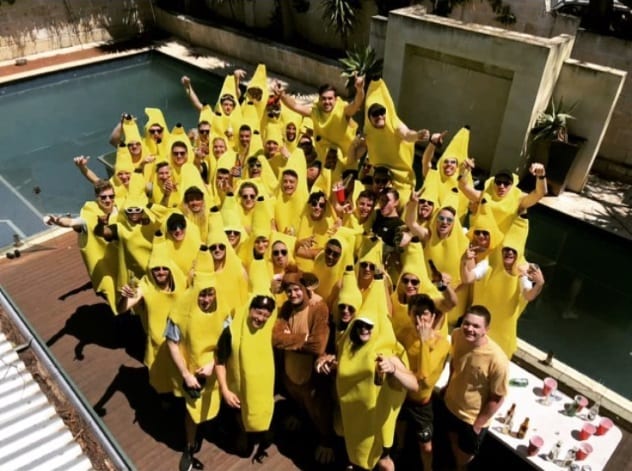 A group of friends from Australia gave one of their own a send-off that was completely bananas.

Around 50 young men from East Fremantle, Western Australia, bonded over their love of cycling and alcohol. They would often organize what they called the “Tour de Fridge”—they would bike from one side of the town to the other, stopping at their homes for a drink.

Alas, 23-year-old Sandy Milne has to leave the group, as he is relocating to Japan. His friends organized one last tour for him with a twist—they were all wearing banana costumes. Milne himself, as the man of the hour, was dressed as a monkey. One attendee didn’t get his costume in time, so he got creative and simply painted his chest yellow.[3]

Together, the 50 or so banana-clad bicyclists strolled down the streets of East Fremantle to the surprise, confusion, and delight of onlookers. They also caused quite a shock to the guy working in their local BWS store when all the bananas entered to do some shopping, only to be chased away by Milne wearing his monkey getup.

7 How To Visit Japan For Cheap 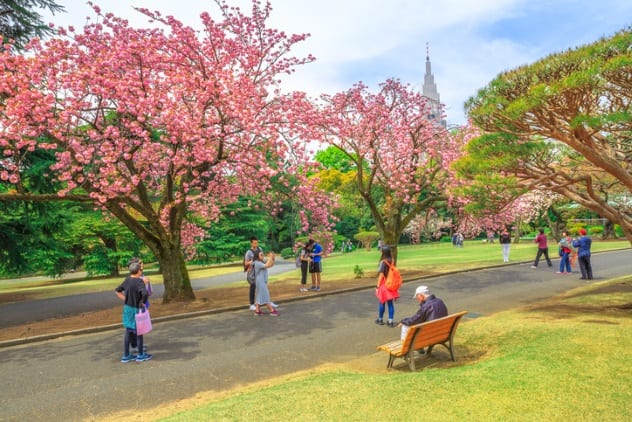 Approximately 160,000 foreign tourists have gained free admission to Tokyo’s Shinjuku Gyoen National Garden since 2014. They weren’t supposed to, but one employee was too afraid to ask foreigners to pay the admission fee, so he just let them walk in.

The attendant, who is now a retired septuagenarian, had a bad experience once with a non-Japanese visitor. The tourist didn’t speak Japanese, while the employee didn’t speak any other languages. The sightseer got annoyed over the lack of communication and began yelling at the ticket-seller. Since then, the elderly worker preferred to let all foreigners into the garden for free rather than risk another confrontation.

The man issued complimentary tickets and then convinced another employee to grant him access to the database so that he could erase the sales to avoid discrepancies. He got away with it for two and a half years before another attendant noticed him behaving oddly around foreign tourists. This week, the environment ministry estimated that the retiree’s actions cost the garden around 25 million yen ($220,000).[4] 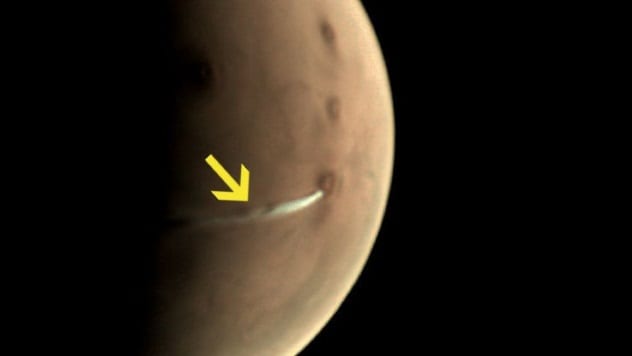 Scientists have found a strange plume of smoke over Mars which appears to be indicative of a volcanic eruption.

It is a strip of vapor measuring around 1,500 kilometers (930 mi) long. It hangs over Arsia Mons, one of the three volcanoes located in the Tharsis bulge. But the Red Planet hasn’t had a volcanic eruption in millions of years, so could this actually be a volcano awakening from its slumber?

No. While the white cloud does appear to have emerged from the summit of Arsia Mons, scientists describe this as a trick of the eye.[5] It is, in fact, the elevated peak of the volcano that created the mysterious vapor trail, not the inside chamber.

The phenomenon is an orographic cloud. Normally, these clouds are formed on the downwind sides of mountains, where dense air can flow uphill, expand, and cool to a temperature which allows moisture to condense on dust particles. Mars has the right seasonal conditions to create such clouds every few Earth years. The Mars Express last captured an image of a Martian orographic cloud back in 2015. 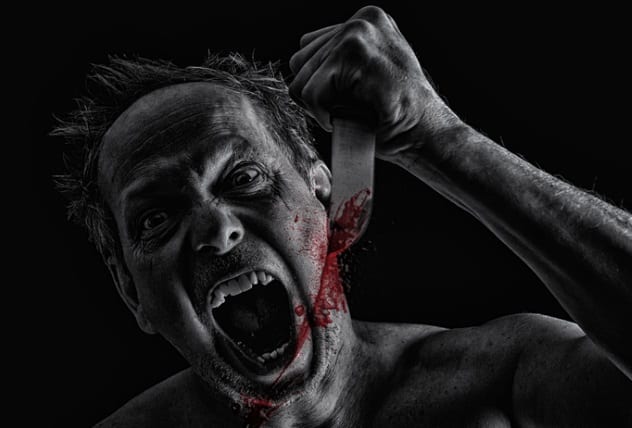 There has been an attempted murder in Antarctica after a Russian researcher stabbed one of his colleagues in the chest with a knife.

Fifty-five-year-old Sergey Savitsky has been working in close quarters for a while now with 52-year-old Oleg Beloguzov at Bellinghausen research station on King George Island. It seems that Savitsky finally snapped and lunged at Beloguzov with a knife. Even though the blade damaged the heart, the victim was taken to a hospital in Chile, where he is expected to make a full recovery.

The attack happened on October 9. Savitsky turned himself in and was placed under house arrest. He has since expressed remorse for the attack. Interfax news agency said the incident resulted from “tensions in a confined space.”[6] Other sources claim that Savitsky became angry with his colleague because he kept spoiling the endings of books he wanted to read. 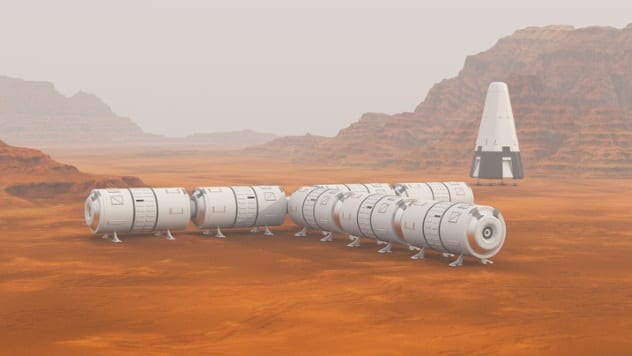 We’re going back to Mars for a bit because NASA software development team leader Kurt Leucht revealed plans to develop a system to extract fuel from Martian soil.

The system is named “in situ resource utilization” (ISRU), although Leucht prefers to call it the “dust-to-thrust factory.”[7] Basically, the ISRU will extract water from regolith, aka the loose layer of soil that covers the Red Planet, and use electrolysis to split it into hydrogen and oxygen. It will also take in carbon from the Martian atmosphere and combine it with hydrogen to make methane, which can be used as rocket fuel.

NASA wants to send the ISRU system to Mars ahead of the first manned mission. Leucht sees the technology as essential to enabling humans to go to the Red Planet and come back to Earth to “tell the story.” 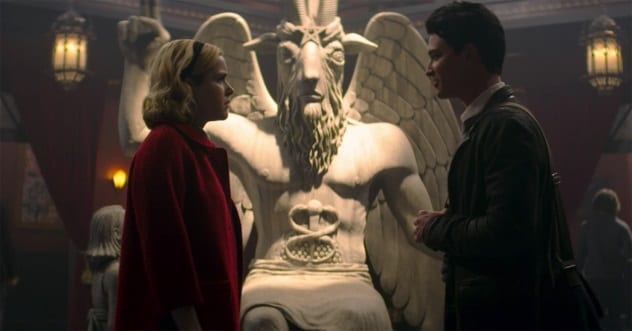 Netflix has launched a modern, darker show involving Sabrina, the teenage witch, and the Satanic Temple is not happy about it. It has threatened legal action over the show’s use, without permission, of an image which belongs to the organization.

The argument is over a statue of the goat-headed deity Baphomet which appears in the show. The real sculpture currently sits in the Detroit chapter of the Satanic Temple. The group has exhibited it in front of multiple state capitols to protest the presence of the Ten Commandments in government buildings.

Temple co-founder Lucien Greaves posted comparison photos of the two statues side-by-side, showing that they are nearly identical. According to Stuart de Haan, the lawyer representing the organization, their image is unique, copyrighted, and unlike any other depiction of Baphomet.[8] The Satanic Temple is angry not only over the unlicensed use of their sculpture but also the way it is portrayed, which is antithetical to their values. 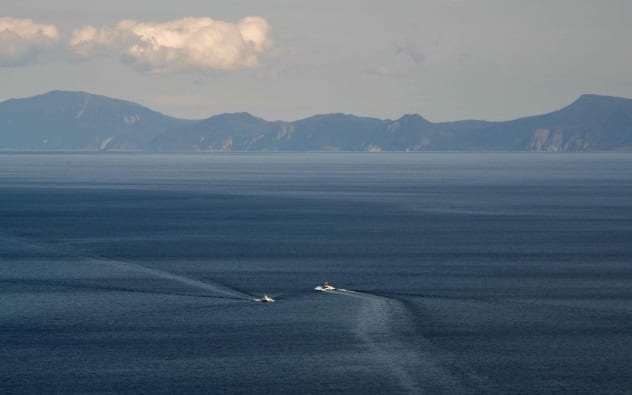 Japanese officials have recently noticed that one of their islands off the northeast coast has vanished.

The tiny island was called Esanbe Hanakita Kojima. It was completely uninhabited and was likely eroded by wind and drift ice coming in from the Sea of Okhotsk. Normally, such a disappearance would be unimportant, but the islet had some value due to its positioning. It was an outlying island used by Japan to delineate its exclusive economic zone. Specifically, it was located west of a disputed region between Japan and Russia known as the Northern Territories.

The missing islet was brought to the attention of authorities by author Hiroshi Shimizu, who went to the nearby village of Sarufutsu to work on a book about Japan’s “hidden” islands.[9] Curiously, the locals hadn’t noticed its disappearance, even though the tiny strip of land was located 500 meters (1,640 ft) away. Fishermen avoided the area because it was marked as an undersea reef on navigation charts, and the Japanese coast guard last surveyed the island back in 1987. 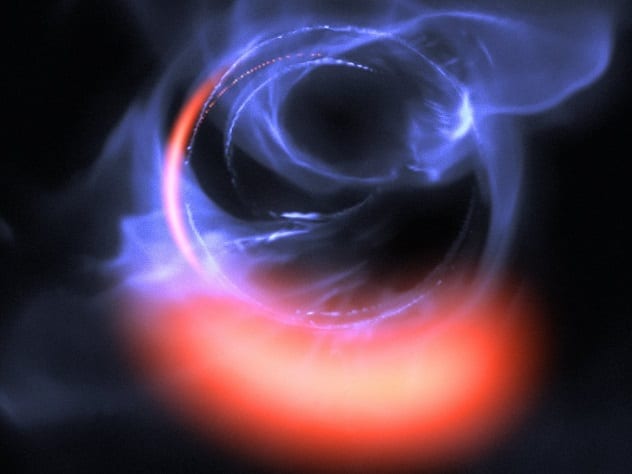 You might have heard about the supermassive black hole located at the center of our galaxy. Scientists have been talking about it for years, but it wasn’t until recently that they have actually been able to confirm its existence.

We knew that there is a massive object at the heart of the Milky Way that emitted strong radio waves. We called it Sagittarius A* (Sgr A*—pronounced Sagittarius A-star). Based on everything we knew about cosmology, we could infer that it was a black hole with the mass of four million Suns, but now we have the observations to prove it.

In order to show that the black hole was there, scientists had to see another object pass near it and observe the effects of gravity. In came a small star called S2, which orbits Sgr A*’s gravity well every 16 years. Once they discovered it, scientists waited patiently for the star to travel close to the black hole. When it did, researchers from the European Southern Observatory (ESO) used the Very Large Telescope (VLT) to observe three bright flares traveling around the black hole’s event horizon at approximately 30 percent the speed of light.[10]

This marks the first time we have been able to see material in close orbit to the point of no return of a black hole. It also helps strengthen Einstein’s theory of general relativity, which predicted this outcome.