We all have those days where we have spurts of inspiration and motivation to be fit and live healthier. For most, that feeling fades the second we lace up our shoes or try to eat nothing but a salad for dinner. Well, the good news is that some people actually are cut out for insane physical ability more than others.

Some traits people are just born with, while others are earned through rigorous training and a yearning to be the best. Try to see this article through your rose-colored glasses. Any super-athlete will say that no matter how much natural talent you have, your skills need to be honed. In other words, don’t let this list turn optimism to pessimism when it comes to working out. The struggle is real. 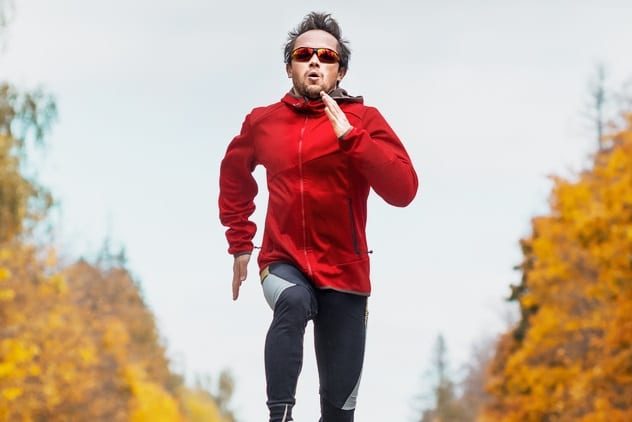 “VO2” means the volume of oxygen taken up by muscles during physical activity.[1] There is some debate over whether high maximum intake levels are dependent on natural ability or if the body can be trained to increase oxygen uptake. Most scientists have settled on an idea that gifted runners are born with a higher VO2 max, but it can still be improved slightly (maybe 5–20%) with high-intensity training. This is a very important factor in competitive running for both sprinters and marathoners because the more oxygen their muscles can take in, the less fatigued they will become during a race. More oxygen means less lactic acid buildup, which is the cause of soreness and tired muscles.

VO2 max is commonly measured in high-end athletics, which involve a lot of cardio work such as running, cycling, and even skiing. Looking at the maximum oxygen uptake levels of Olympic-level athletes, sprinters generally have a higher VO2 max than marathoners. This could show how natural body characteristics determine what type of sport a person is best at. Steve Prefontaine, a runner with a mile time of 3:54.6, shows a VO2 max of 84.4, whereas top marathoner Derek Clayton’s VO2 max is 69.7. Sprinters must be highly efficient at getting oxygen to their muscles, while marathoners run at a relatively slower pace and maintain more steady breathing. 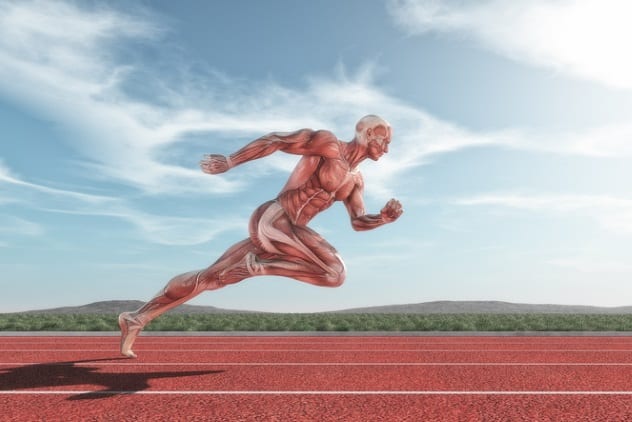 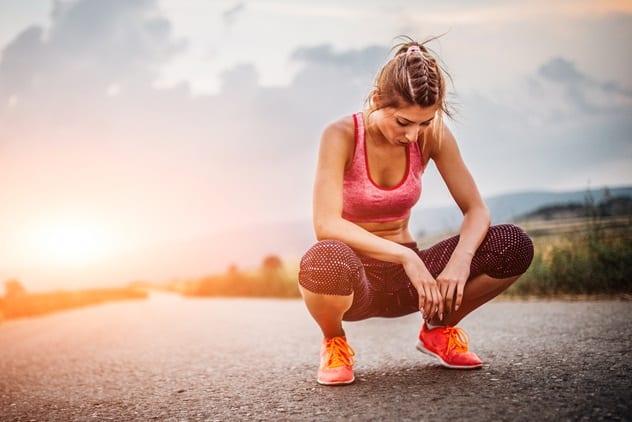 Lactic acid is produced during rigorous activity, when oxygen cannot be distributed to muscles quickly enough. When oxygen supplies are low and lactic acid increases, hydrogen ions are released, causing that burning muscle sensation we’re all so very fond of. The lactate threshold (LT) is assessed to help target an ideal workout intensity. LT is the point at which lactate begins to rapidly build up in the blood and is measured in either heart rate or running speed. Generally, workouts which fall in the middle area of lactate levels will increase running capabilities.[3]

Lactate levels are one of the aspects of physical fitness that do not rely on natural components so much as training. Competitive runners will hit an LT at around 85 percent of their maximum heart rate. The more a person runs, the more their muscles will acclimate to it, and they will not overcompensate with high amounts of lactate. 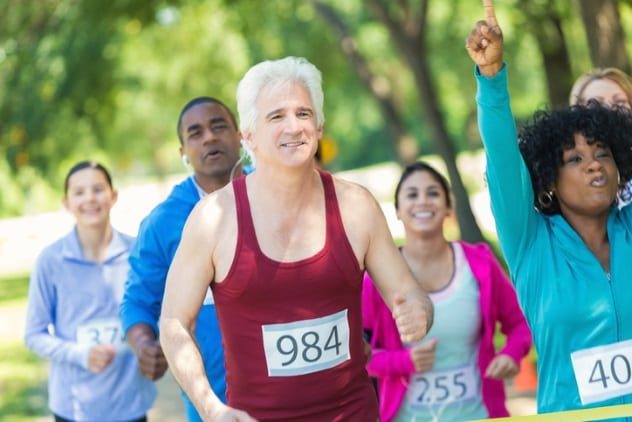 There have been a few recent studies done to show what age is the best for runners, and they’re good news. The studies have shown that unlike many other sports, runners of all ages can achieve their goals; it really just depends on how hard they train. That being said, this mostly pertains to distance running. The studies have shown that speed will deteriorate long before endurance.[4] Fast twitch muscle fibers are the first to go, and on average, maximum heart rate decreases one beat per year as we age. Scientists have not yet discovered the reason behind this, but it is clearly related to the human aging process.

There are many stories about older competitors running their fastest marathon times once they hit age 60. The only aspect of running that really becomes more difficult with age is recovery time. While older runners do not necessarily have less endurance, it may take longer for their muscles to recover from a difficult workout, although this, too, is relative. Muscles store glycogen, which helps mend soreness and fatigue. Older people generally lose muscle mass and therefore glycogen and the ability to make a speedy recovery. However, if a steady routine is maintained, the affects of glycogen loss can be curbed significantly, allowing runners to hit their prime as late as their seventies. 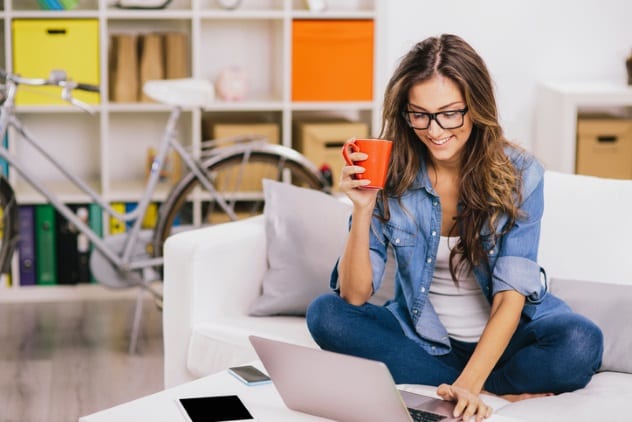 During a workout, the blood can pump up to seven times as much blood through the body as it does while at rest. This is triggered by an increased need for blood and oxygen in muscles. Athletes who run frequently prompt a change in their autonomic nervous system, which controls involuntary actions such as a person’s heartbeat. All of this being said, many factors can influence heart rate besides exercise, and a low heart rate is not always a sign of health, especially in non-elite athletes. Maintaining balance between parasympathetic and sympathetic nervous system activity is what will ultimately lead to a healthier heart rate. Plainly put, that means a healthy balance between rest and activity. 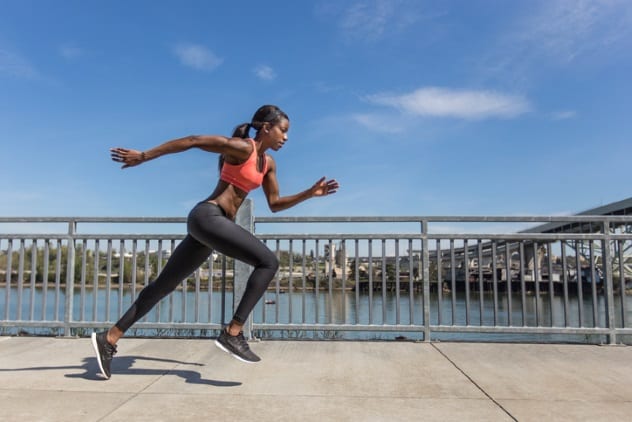 Max heart rate is very important to monitor for competitive athletes, because it helps determine a target heart rate for workouts. Generally, the target heart rate should be between 50 to 85 percent of the maximum heart rate. Keep in mind that heart rates differ and can be indicators of different factors from person to person. For example, women’s hearts usually beat four to five times more per minute, either at resting or at max.[6] Either way, elite athletes have managed to shift the entire heart rate scale down. I always thought they made it look easy somehow. 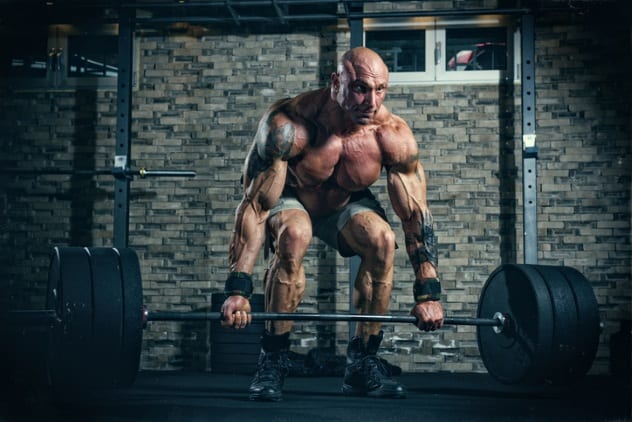 There are a few different types of systems with different methods of transporting oxygen to muscles during a workout. The overall categories include aerobic and anaerobic, meaning when oxygen is readily available and when it is not, respectively.[7] An aerobic system uses oxygen that is available, whereas anaerobic systems have no available oxygen and must find another way to restore muscles.

During heavy exercise, the body quickly exhausts it oxygen stores. Oxygen can be depleted in as little as ten seconds depending on the intensity of the activity. The body will then change to an anaerobic pathway, which will readily produce energy in the form of ATP to help fuel the muscles. This process can also cause that burning muscle sensation we all know too well, and the body can adapt to and become used to the process. Elite athletes have trained their bodies to both tolerate low oxygen and use other systems efficiently. 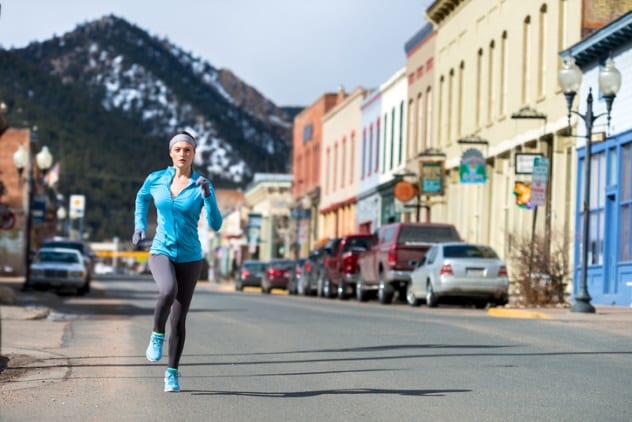 Altitude training is a tried and true tool used by elite athletes, particularly runners and swimmers. “High-altitude” in this case is defined as at least 2,100 meters (7,000 ft) above sea level, while 1,200 meters (4,000 ft) above sea level and below is considered low-altitude, although 1,200 meters is still pretty high up, as any exploding bag of chips will tell you. Using this kind of training is one of the ways to slightly change the physiology of your body to help excel in cardio athletics. It has been studied extensively by scientists working with the Olympics to develop new training methods. One scientist received the largest and longest-lasting grant that has ever been given in the name of the Olympics to study it, to the tune of ten years.

Higher altitude levels have less available oxygen in the air, resulting in less oxygen being dispersed to muscles. This makes it necessary to work harder and exert more force and energy during a workout. After returning to a lower altitude, the body still is used to a higher level of exertion. In addition, in high altitude, the body will compensate by creating extra red blood cells to carry oxygen more efficiently, which adds another advantage at lower altitudes. However, scientists suggest that to gain full benefits of altitude training, athletes must spend at least 12 to 15 hours per day in high altitude for the duration of the training so that the body can acclimate.[8] It is a rigorous process, but it also boasts significant results. 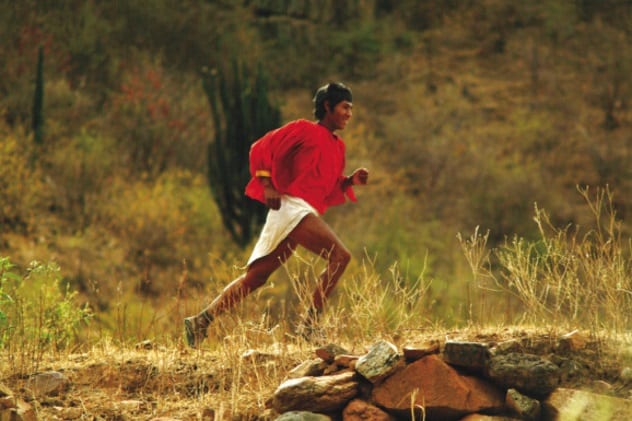 The Tarahumara are a tribe of incredibly able long-distance runners living in Mexico. They embody the perfect example of what a life of running does. The tribe has always lived in huts that are fairly spread out, and they spend days running from village to village, often covering hundreds of miles, without stopping to sleep or eat.[9] They are also known for their handmade alcohol, which they drink in excess. This somehow does not inhibit their running. The abilities of the Tarahumara are truly unparalleled. Running is their way of life, as they do not use modern technology and live in a very secluded environment, essentially only interacting with their fellow tribe members.

And if you hate toe shoes, the book that made them famous was based around the lives of the Tarahumara. They run in extremely minimalistic sandals, which basically consist of a slab of rubber tied onto the foot in whatever way works. The Tarahumara are cited as evidence for the idea, often espoused by toe shoe enthusiasts, that the foot has evolved over thousands of years to perform perfectly without two and a half inches of padding. Whether or not you personally agree with the theory popularized by toe shoes, there is no denying the physical capabilities of the Tarahumara. 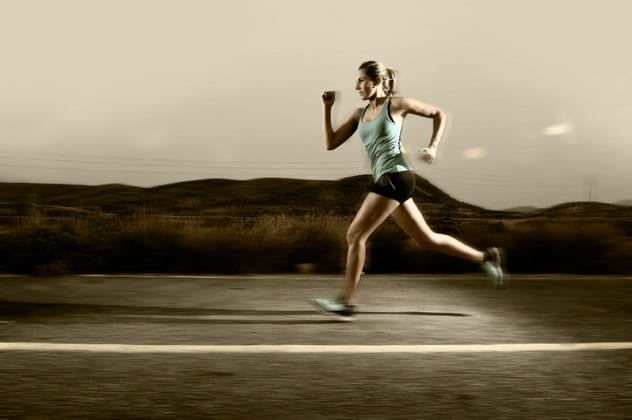 There is no question that men can generally outcompete women in athletics. Men are built bigger, stronger, and faster. This is not to say that women cannot be incredibly athletic and can never beat men. In fact, there is one sport where women have proven to be equally as talented as their male counterparts. Ultrarunning is technically any race that is longer in distance than a marathon. They range anywhere from 50 to well over 160 kilometers (30–100 mi), meaning that competitors will run for days on end with little or no sleep and often with no other people around. To many of us, the idea that anyone would do this, and pay an entry rate, seems ludicrous. But it happens.

With distance running, results have shown that the longer the distance of the race, the smaller the gap becomes between the finishing times of men and women. The science behind it is as follows: In activities such as sprinting, women are at a disadvantage because of their smaller frames and less muscular builds. However, this same downfall is an advantage in ultrarunning. The sport isn’t so much about speed as it is about endurance, and women tend to have higher fat stores than men, which also helps to retain liquid.[10] It can take days for this to pay off, which becomes clear on the trail. There may come a day quite soon when the top women can outcompete the top men in the same race purely due to well-adapted physiology.

Check out my other published lists for more interesting facts, and check out my blog! Thanks a bunch!

Read more about great athletes on 10 Outstanding Athletes Who Went On To Become War Heroes and 10 Greatest Ancient Athletes.