This week, the phrase “spoke too soon” is the one that probably applies best to the news. You may recall last week’s column opened with us saying how it had been a blissfully dull week, with no major attacks. No sooner had we filed the dang thing than a mass killing in Kashmir threatened to send nuclear-armed India and Pakistan spiraling into war. More on this brewing crisis below, alongside all the other important stuff that happened this week. 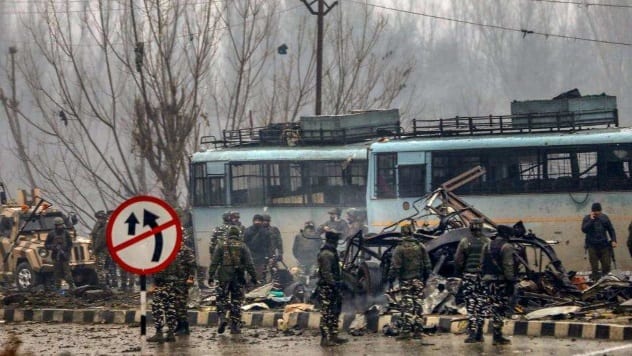 A mountainous region in the Himalayas, Kashmir is a beautiful slice of Asia that also happens to be one of the biggest potential triggers for a nuclear war. Partially administered by both India and Pakistan, and wholly claimed by both, it’s a troubled place where unrest is common, and violence is never far from the surface.

Last Thursday, after this column had been written, that violence came erupting out. A suicide bomber attacked a convoy of India’s security forces, detonating a car bomb that killed 40. The attack was claimed by Pakistani militant group Jaish-e-Mohammed. It was the deadliest attack in Kashmir in decades.

Bad as this was, what comes next could be even worse. India believes Jaish-e-Mohammed is linked to Pakistan’s intelligence services. There’s now a real chance that these two nuclear-armed states could go to war.[1]

So far, India has only implemented economic sanctions against Pakistan. Still, military options are said to be on the table, and even a limited military strike against Jaish-e-Mohammed could trigger countermeasures and spark a conflagration. 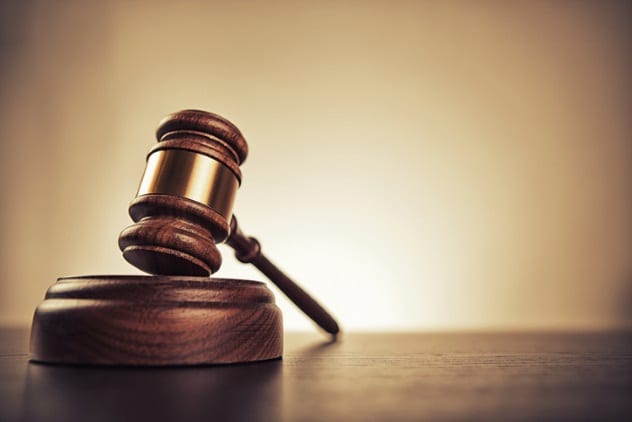 Late last week, President Donald Trump declared a national emergency to redirect federal funds and build his border wall. This week, the fallout from that announcement blanketed the news, in the form of 16 US states suing the White House.[2]

Trump’s national emergency declaration was always going to be controversial. Controversial on the left because Democrats see the wall as a monument to racism. Controversial on the right because building the wall will eat up a ton of federal funds and involve eminent domain land purchases, all of which smacks of the sort of big government project many Republicans did not sign on for.

Now, the battle moves to the US courts, courtesy of California, Colorado, Connecticut, Delaware, Hawaii, Illinois, Maine, Maryland, Minnesota, Nevada, New Jersey, New Mexico, New York, Oregon, Virginia, and Michigan. If the decision goes to the Supreme Court, it could set a precedent for the use of executive power for decades to come. 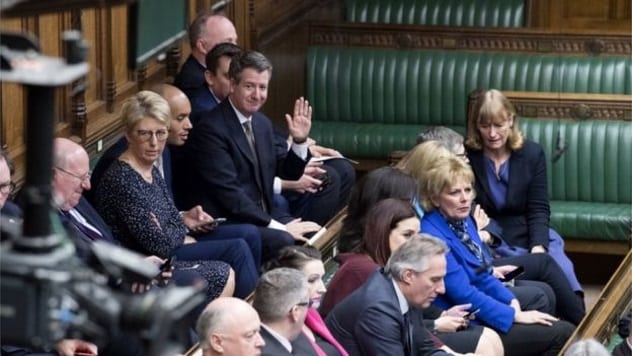 Ah, Brexit. The gift that keeps on giving like a recurring bout of malaria. With barely a month to go until the UK exits the European Union and no Brexit deal in sight, the tensions in Westminster are starting to reach breaking point.

On Monday, they finally made a crack in the opposition Labour Party. Seven MPs, including former leadership contender Chuka Umunna, split from the party over Jeremy Corbyn’s handling of Brexit and a recent anti-Semitism scandal. They aligned themselves to something called the Independent Group, a brand-new, moderate political entity that didn’t exist last week. One day later, an eighth Labour MP joined them. Shortly after that, three MPs defected from the ruling Conservative Party, saying Theresa May was in thrall to Brexit extremists.

The Independent Group is now the joint fourth-largest force in the UK Parliament, behind the Conservatives, Labour, and the Scottish National Party and equal with the Liberal Democrats.[3]

In a 650-seat House, 11 doesn’t add up to very much, but it’s what this could mean for the future that’s important. Already, there’s talk of yet more Conservatives defecting. Should it look like Britain is really about to go over the Brexit cliff-edge, the Independent Group might become much bigger.

7 A Wave Of Anti-Semitism Swept France

France is home to the single largest Jewish community outside of Israel and the US. Sadly, there are some who don’t see this as something to be proud of, and their numbers are apparently growing. This week, a wave of anti-Semitic incidents across the country prompted tens of thousands to take to the streets in protest.[4]

The attacks were the standard litany of hate that unfortunately goes with this territory. In Alsace, a Jewish cemetery was vandalized with swastikas. The German word for “Jew” was spray-painted on a bakery. A synagogue was shot at with an air rifle. More swastikas were painted on pictures of a Holocaust survivor in Paris. A tree planted to commemorate a Jewish man tortured to death was chopped down.

Perhaps most disturbingly, this anti-Semitism seems to have found a home in the yellow vest protest movement. On the weekend, a gang of yellow vests surrounded a prominent Jewish philosopher and peppered him with verbal abuse.

6 A Prominent Actor Was Charged With Faking His Homophobic Attack So, this was a scandal few of us saw coming. Way back on January 29, Empire star Jussie Smollett was hospitalized, saying he’d been the victim of a racist and homophobic attack that had included a noose being tied around his neck. It was the sort of awful story that’s sadly all too common, only Smollett’s version came with a twist.

This Thursday, Smollett was formally arrested by the Chicago police. The reason? It’s now believed that he orchestrated his own attack for reasons that remain totally unclear.[5]

It’s said that Smollett knew his two attackers and may have paid them to assault him. On top of that, he’s been charged with sending a threatening letter to the studio where Empire is filmed. Smollett vehemently denies all charges. 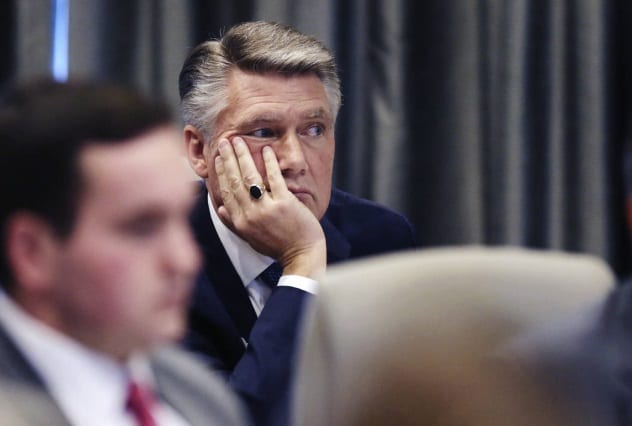 Remember the 2018 midterms? After all the dust settled, the House races were left with a puzzling postscript. North Carolina’s 9th district race remained uncertified, despite the Republican candidate, Mark Harris, winning by 905 votes.

This was because credible allegations of voter fraud began to swirl not long after. Harris, it was alleged, had used a firm to go around various towns and collect absentee ballots by hand. This is already illegal under NC law, but then came accusations that Harris’s operatives had gone further by potentially “misplacing” or agreeing to pick up and then not picking up absentee votes for Democrat Dan McCready. There’s even been talk that Harris’s people may have filled in absentee voter ballots themselves.

On Monday, the executive director of the North Carolina State Board of Elections laid out the state’s evidence that voter fraud did take place. While far from conclusive, it certainly looks plausible. It was enough that the five members of the election board unanimously ordered a new election on Thursday afternoon.[6]

4 A Bangladesh Fire Killed Around 80 People 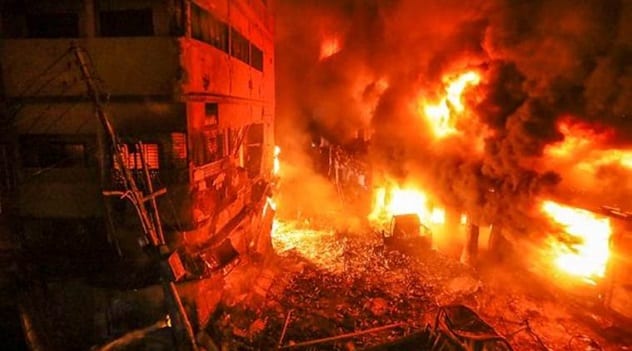 Chawkbazar is a centuries-old district in the Bangladeshi capital, Dhaka, that houses just about everything from residential homes, to shops, to businesses storing propane in super-unsafe conditions. That last item is exactly why you’re reading about it right now. Late Wednesday night, a fire broke out in Chawkbazar. In no time at all, it had killed somewhere in the region of 80 people.[7]

Buildings in Chawkbazar are built insanely close, with mere inches separating them. It’s this that allowed the fire to spread with such speed. After a minibus caught fire outside a chemical shop, it caused an explosion that set half the district ablaze. By Thursday morning, 78 had been confirmed killed, with many more still missing.

Dhaka is no stranger to devastating fires. A 2010 fire that killed over 100 people was similarly blamed on the storage of dangerous chemicals in residential areas. It’s just a shame that no lessons were learned. 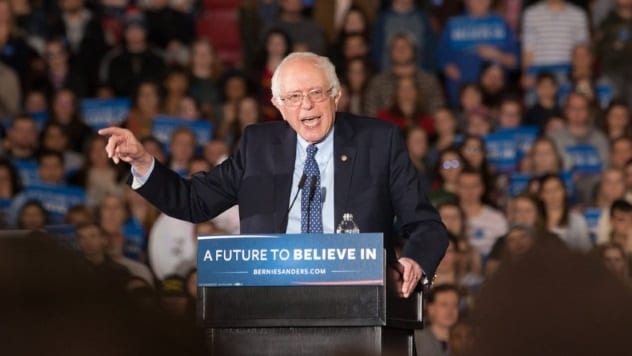 In the febrile atmosphere of 2016, it briefly looked like both major parties were going to have a populist outsider running as their candidate: Donald Trump for the Republicans and Bernie Sanders for the Democrats.

Clearly, this didn’t happen. Hillary locked down Southern Democrats’ votes and, with a little help from the anti-Bernie DNC, first sealed the nomination and then went down in flames in the election. Ever since, many Democrats have wondered, “Could he have done it? Could Bernie have beaten Trump?”

Well, they may soon have an answer. On Tuesday, the Democratic Socialist from Vermont announced he was running for the Democratic nomination again. Less than 24 hours later, he’d already raised over $5.9 million in donations.[8]

Sanders is a known quantity with a fervent fan base and amazing fundraising prowess. Should he get the nomination, he could also do well in the Midwest states Trump won in 2016. However, Bernie’s also getting challenged from the left this time, something he definitely didn’t have to worry about in 2016. Photo credit: Fred Schilling, Collection of the Supreme Court of the United States

Civil asset forfeiture has long been one of the craziest things that a supposedly pro-individual rights country like the US allows to happen. In short, state and local governments can seize your stuff if they think you’ve committed a crime. In some cases, this has meant states grabbing everything they can get their hands on, even when the crime in question has been on the petty side, or even if the suspect has never been proven guilty.

The basic unfairness of all this still hasn’t gone away, but it’s gotten a little more palatable. This week, the Supreme Court issued a unanimous ruling that civil asset forfeiture was covered by the Eighth Amendment’s Excessive Fines Clause, which prevents governments or corporations issuing disproportionate fines.[9] From now on, anytime the state seizes your stuff, they will have to go to court to explain why they did so and why it was fair.

Some of the abuses of civil asset forfeiture have been jaw-dropping. The plaintiff in this case had been fined $1,200 for selling $225 of heroin but also had his $42,000 Land Rover seized. The Rover had been bought using his dad’s life insurance policy, not drug money. Last Friday, Nigeria’s government made a surprise announcement. They were delaying the country’s elections by one week due to violence. When asked why, they pointed to an attack on a Muslim minority community in Kaduna state earlier in the week.

At first, the attack was reported as having killed scores. By last Friday, the number had climbed to 66. On Tuesday, we got a final body count that was shocking. Over 130 people had been killed in the assault, making it equal in death toll to the horrific 2015 Paris attacks. According to the state governor, the attack had been intended to “wipe out certain communities.”[10]

Last October, violence in the region led to the deaths of 55 people, mainly from the local Christian communities. This latest attack, which hit two villages at once, was apparently revenge-driven.

If that’s the case, it’s certainly upped the ante. With 130 dead, it seems the region of Kaduna could now be trapped in a cycle of bitter ethnic violence.