The stories we love best have an uncanny way of sinking into our hearts and staying with us forevermore. But what if you were to learn that some of those very stories were only made possible courtesy of some truly horrible real-life events?

From timeless classics to modern masterpieces, it seems that writers have been turning to sad and sordid realities to inspire their seemingly fictional stories for quite some time. So read on if you dare, and uncover the horrid beginnings behind some of your most dearly beloved tales. 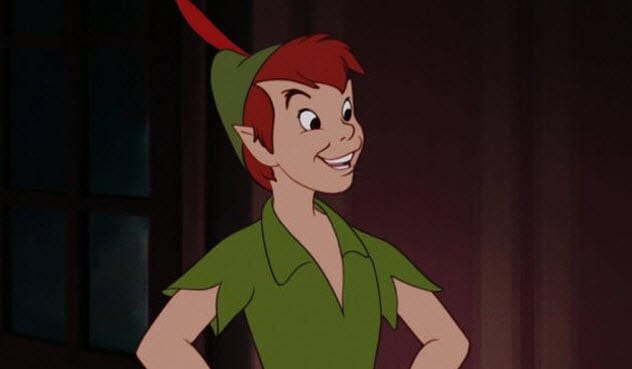 The true inspiration behind J.M. Barrie’s Peter Pan is capable of seriously destroying childhoods. To find the story’s origins, we must travel back to Barrie’s own childhood when his brother David died in a tragic skating accident at just 12 years old. (Some sources say 13 years old.)

Barrie’s mother never fully recovered from the loss of one of her children and became largely bedridden. In a poignant bid to draw her out of her reclusive shell, Barrie would impersonate his deceased brother.

Though this would initially elicit a response, it soon became apparent that Barrie could never compete with the rose-tinted memory of David. He would forever remain an innocent child in the mind of his mother (much like Peter in Neverland), while Barrie was condemned to grow up (like Wendy and her brothers in the mortal world).

The parallels between Barrie’s own life and what would become his most famous work don’t end there, however. In adulthood, he befriended the Llewelyn Davies family, often regaling the five children with stories and eventually becoming their guardian upon the deaths of their parents.

In a twist of fate that is hard to swallow, one of the boys died on the front line during World War I and another took his own life. Like his mother before him, Barrie would never recover from the loss. The concept of those trapped in perpetual childhood would inevitably find its way into what we now know as his magnum opus.[1] 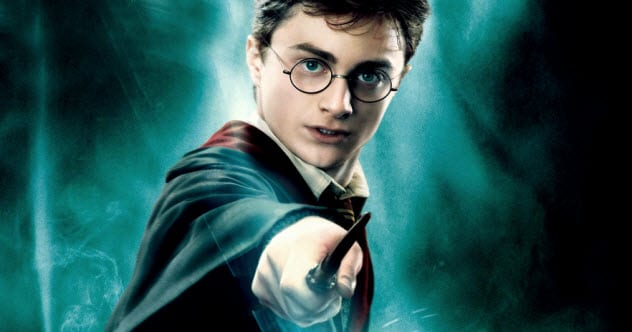 Being set in a world full of wondrous magic and fantastical creatures, you’d be forgiven for thinking that everything about Harry Potter is purely fictitious. They say, however, that you should “write about what you know,” and author J.K. Rowling has spoken candidly about some of her own life experiences which fed into Harry’s story.

First, there are the Dementors, malevolent beings that feast on the happiness of humans and leave their victims with a feeling of hopelessness and eternal despair. These symptoms were directly inspired by Rowling’s own struggles with clinical depression.[2]

Beyond this, Rowling has admitted that the deaths of Harry’s parents were somewhat glossed over in a very matter-of-fact way in the earliest draft of the first book. Following the untimely death of her own mother, however, she felt more able to sympathize with the character and added a much greater emotional weight to his loss.

Ultimately, this culminated in the now-iconic scene in which Harry is able to see his parents reflected back at him in the Mirror of Erised—a magical mirror that shows us our heart’s deepest desires. 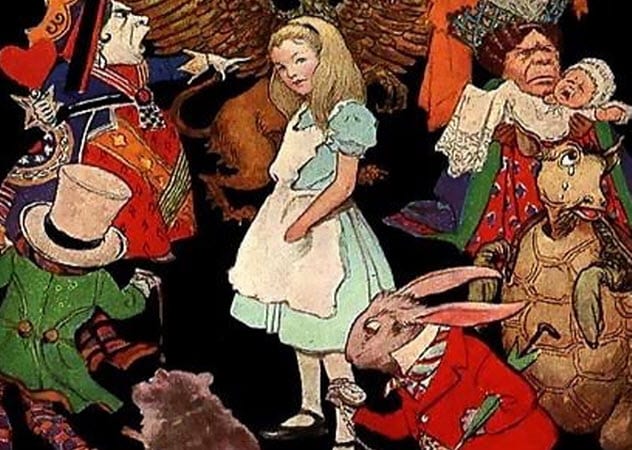 Alice’s Adventures in Wonderland was first penned by Lewis Carroll more than 150 years ago. For all its enduring popularity and continued cultural relevance, however, the story has been plagued by rumors of controversial beginnings.

Initially conceived on a boating trip simply as a means to entertain 10-year-old Alice Liddell, Carroll (real name, Charles Dodgson) eventually decided to get it down on paper at the badgering of Alice herself. The plethora of wacky creatures and strange goings-on throughout the tale—which seem as though they’ve stepped right out of a fever dream—led to speculation that Carroll was under the influence of drugs during the writing process.

The validity of these claims has never been definitively confirmed or debunked.

More controversially, however, is the suggestion that Carroll’s relationship with and attitude toward young girls—and thus Alice herself—may not have been entirely appropriate. A keen photographer, Carroll had many pictures that featured semi-dressed and nude children.

Though some have put this study of the infant female form down purely to the emerging fascination with innocence that was prevalent among many at the time, a modern gaze casts an unsavory shadow of suspicion over the revelation.[3] 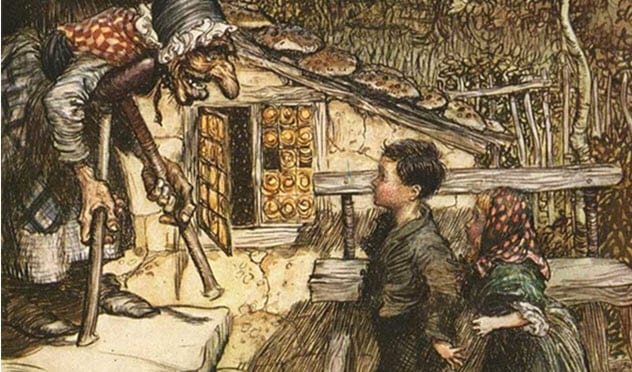 “Hansel and Gretel” is a timeless tale born of tragedy. In the early 1600s, Katharina Schraderin became famous in her native Germany for her envious baking abilities—particularly her coveted gingerbread cookies. Her success drew the attention of fellow baker Hans Metzler, who attempted to woo Katharina in a calculated bid to access her recipes.

Realizing his true intentions, Katharina repeatedly spurned his advances. This caused an irate Hans to besmirch her name with rumors of witchcraft, leading to the involvement of the court.

Despite undergoing torture, Katherina maintained her innocence and was eventually set free. Hans, however, wanted vengeance. Enlisting the help of his sister, Grete, he followed Katherina to her secluded home in Spessart Forest. The pair proceeded to break in and murder Katherina, burning her body in her own oven.

Though initially arrested for their crime, both got away with murder. In a cruel final punishment, the real-life victim was forever immortalized as the villain of her own life story. The truth was twisted to paint the macabre killers as innocent children.[4] 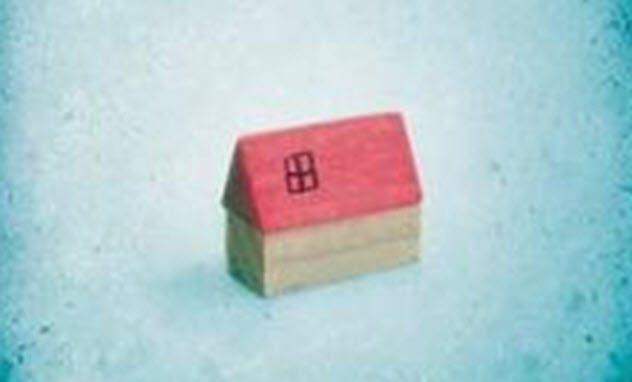 This best-selling book sparked a bidding war among publishers, a huge advance for the author, critical acclaim, and an award-winning movie adaptation. Its poignant story of a woman held captive with her young son, who was born and raised within a single room, moved readers and viewers alike. As such, it seems to have all the components necessary to become something of a modern classic.

Its writer, Emma Donoghue, was keen to quash claims that the book was directly based on the headline-making case of Josef Fritzl, who imprisoned and abused his own daughter for many years. He fathered seven children and forced most of them to live in a locked basement.

However, Donoghue did admit that the idea for Room was indeed “triggered by it.” The author was “seized” by the notion of a child emerging into a world about which they knew nothing after years of captivity, which forms the crux of her story.[5] 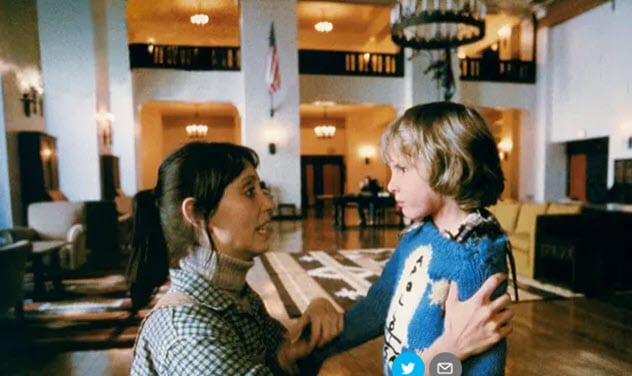 The idea for Stephen King’s iconic tale of horror came to him in a nightmare during a stay at The Stanley Hotel in Estes Park, Colorado. He subsequently used the building as the inspiration for the setting of his fictional tale of a writer losing his sanity.

The hotel itself has more than embraced its association with the story, offering guests “Ghost Adventure” packages and hosting an annual horror film festival. The Stanley Hotel is also incorporating a horror-themed museum into its repertoire as part of a proposed $24 million development.[6] 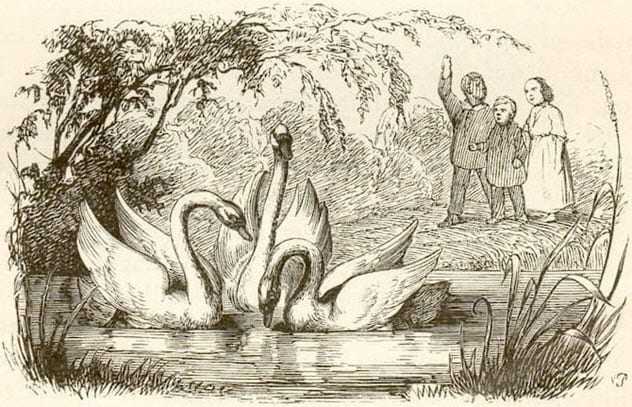 Hans Christian Andersen’s enduring fairy tale about an unfortunate little bird that suffers abuse and ridicule from his contemporaries until he blossoms into a glorious swan has obvious metaphorical meaning. A classic take on the rags-to-riches concept, it continues to speak to audiences around the world about proving doubters wrong by overcoming obstacles and achieving success despite hardship.

By delving a little into Andersen’s own difficult childhood, however, it soon becomes clear that the tale was perhaps a little closer to home than was first thought. Born to a poor family, he was a peculiar-looking boy with a big nose and large feet who was bullied for his love of singing and the theater.

Soon attracting the attention of patrons and benefactors who saw his potential, he flourished through education and the nurturing of his talents, going on to amass immense fame and fortune. That’s right. Andersen himself was the ugly duckling all along.[7] 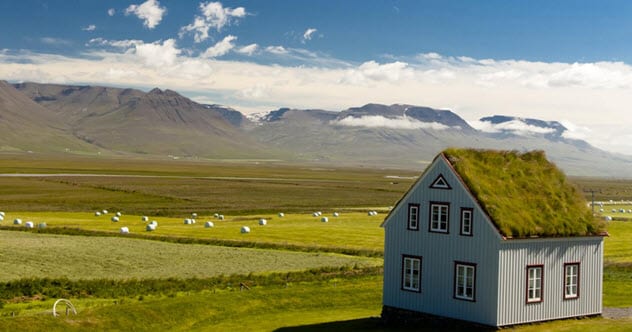 Hannah Kent’s Burial Rites generated a lot of buzz in the bookish world when it first hit shelves in 2013. After picking up a number of high-profile awards, it is due to be adapted for the big screen with actress of the moment, Jennifer Lawrence, taking on the lead role.

Atmospheric and transporting, the novel is set in 1800s Iceland. The tale focuses on the persecution of a young woman charged with murder and follows her perspective as she awaits inevitable execution.

Very much based on true events, the story is that of the real final execution in Iceland which saw Agnes Magnusdottir beheaded for the brutal murder of two men. Kent became fascinated by the possibility of what may have driven a seemingly normal young woman to carry out such an act.[8]

The book explores the possible circumstances of the incident and, in doing so, gives Agnes a voice through which to tell her version of events from beyond the grave. 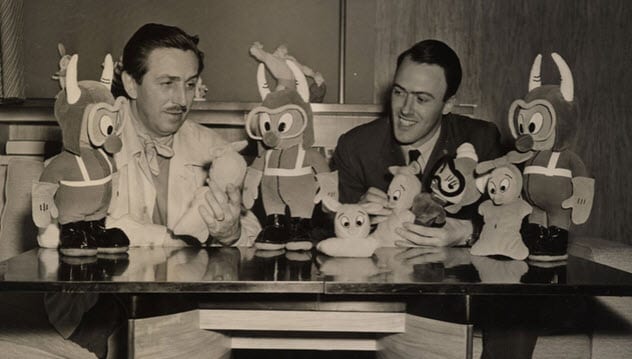 For many, Roald Dahl is a childhood hero who penned a number of iconic and much celebrated classics, including Charlie and the Chocolate Factory, Fantastic Mr. Fox, The Twits, and Matilda. However, it was his first story, The Gremlins, that found its origins in Dahl’s own time in service as a pilot for the Royal Air Force.

Not only did his real-life experiences in the sky help to inspire certain elements of the narrative but the book’s original draft was also written while World War II was still ongoing. At the time, Dahl was working for the British Embassy in Washington, DC. It’s remarkable that something that subsequently brought joy to so many readers could have been birthed during a time of so much darkness and suffering for the world.[9]

Original copies have become rare gems among Dahl’s back catalog, making them difficult to track down. But the book was reissued in 2006. The titular creatures are even thought to have served as loose inspiration for the eponymous Gremlins in Joe Dante’s 1984 movie of the same name.

1 The Fault In Our Stars 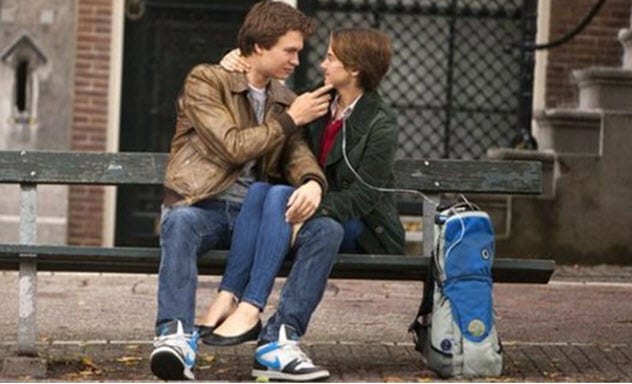 John Green’s The Fault in Our Stars became something of a global phenomenon, selling millions of copies and spawning a film version that was a box-office smash. Both versions of the heartbreaking tale reduced many to tears as they saw the lives and loves of cancer-stricken teenagers Hazel and Augustus play out.

Ansel Elgort, who played one of the lead roles in the screen adaptation, opined that its success was owed to it being a “real story,” which made it easier for audiences to connect. Indeed, Green was first inspired to write the book while working as a children’s chaplain in a hospital.[10]

In fact, the book was dedicated to the memory of his friend Esther Earl, who lost her life to cancer in 2010 at age 16. With Green having witnessed firsthand the pain, frustration, and loss that comes with the cruel disease, it’s no wonder the story became known for its unflinching look at how devastating cancer can be.

Callum McLaughlin is a freelance writer from Scotland. He produces content on a wide variety of topics for various blogs, websites, and magazines by day and dabbles in his own creative writing by night. He can be found on Twitter.

Read more about fictional movie plots and characters inspired by real events on 10 Horrific Inspirations For Terrifying Horror Movies and 10 Ridiculous Movie Plots That Were Inspired By Real Events.