This list aims to counter the doom and gloom which is too prevalent in the media. We take a look at 10 stories meant to lift your spirits and inspire. Of course, if you also want a dose of peculiar with your positive tales, check out the offbeat list, too.

This week, we find out who the teacher of the year was and we discover something cool about sun bears. We have two Picasso stories, an Alien play, a pothole-fixing pothead, and an octogenarian DJ.

10 Teacher Of The Year 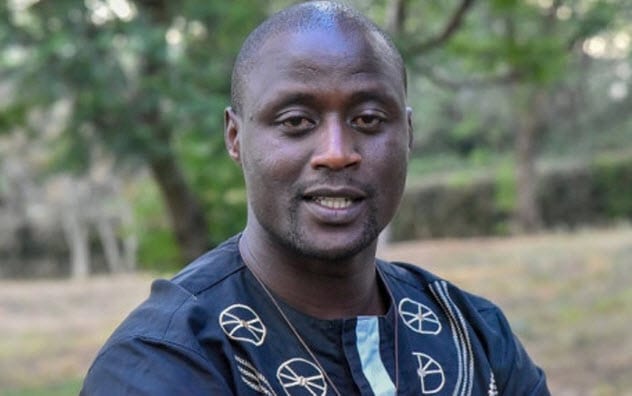 An educator from a small village in Kenya has won this year’s Global Teacher Prize which also comes with a $1 million award courtesy of the Varkey Foundation.

Peter Tabichi was deemed the most dedicated and inspiring teacher from a pool of 10,000 candidates from 179 different countries. He gives lessons in math and physics at Keriko Secondary School in Pwani Village in a remote part of Kenya’s Rift Valley. A Franciscan friar, Tabichi gives away 80 percent of his salary to help the poorest students at his school afford books and supplies.

To say that the school operates in suboptimal conditions would be an understatement. Over 90 percent of the pupils come from families with low income. The school only has one outdated computer with a slow Internet connection. Students regularly have to walk 7 kilometers (4.3 mi) to reach the school using roads which can become impassable during the rainy seasons.

Despite those challenges, Tabichi started a “talent nurturing club.” His gifted students have already taken part in multiple international science competitions. They even won an award from the Royal Society of Chemistry for a science project in which they used local plant life to generate electricity.

Tabichi received his prize at a ceremony held in Dubai that was hosted by actor Hugh Jackman.[1] 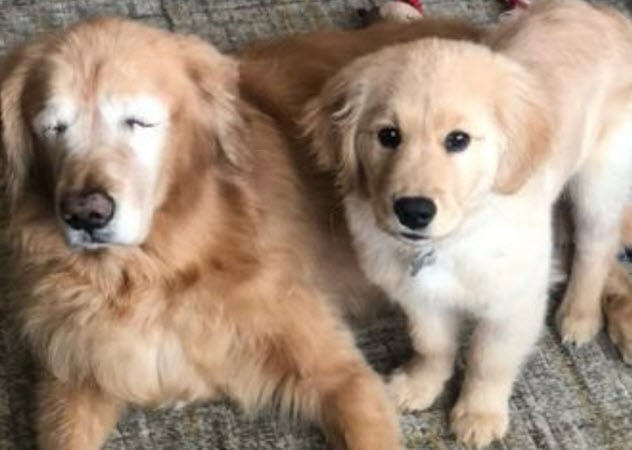 In 2016, Charlie lost an eye due to glaucoma. He lost the other one a year later. His family, Adam and Chelsea Stipe from North Carolina, thought that their beloved pooch could use some help, so they introduced him to Maverick this January.[2]

At first, Charlie was a bit reluctant to accept the pup as his new playmate, but it wasn’t long until the two became best friends. Now Maverick helps out his elderly companion by bringing him his toys when he misplaces them and guiding him around by pulling his leash. This new friendship also helped reinvigorate the 11-year-old Charlie who now has a bit more pep in his step.

8 Own A Picasso For A Day 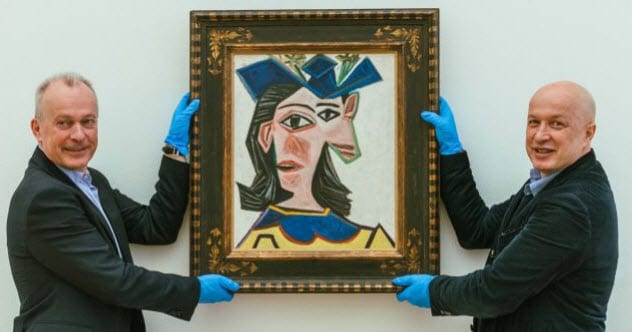 An unusual competition titled #myprivatepicasso will give Swiss art lovers the chance at a once-in-a-lifetime experience: They will own for a day a painting by master artist Pablo Picasso.

Not everyone can say that they have an original Picasso hanging in their living room, but the winner of the contest can . . . at least for 24 hours. As a prize, they get to host the Spanish painter’s Bust of Woman with Hat (Dora), a 1939 portrait of Picasso’s muse, Dora Marr.

To enter the competition, participants must live in Switzerland. They have to submit an online statement detailing how they would spend their day in the presence of the Picasso, including what events they would organize and how they would stage the painting. Participants will be able to vote on the submissions they like best starting on April 2. The best 20 entrants will be judged by a committee, and a final winner will be named on April 10.[3]

Even while it is loaned out, the painting, which is worth several million dollars, will be monitored carefully using a state-of-the-art “smart frame” which tracks its location, temperature, and environment to make sure it is safe. 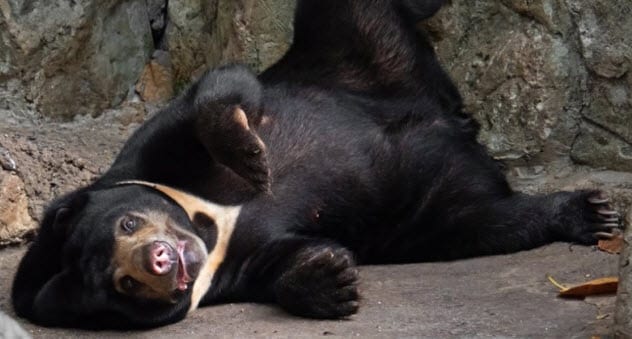 Animal researchers were excited to discover that sun bears exhibit a social skill typically associated with humans and other higher primates: facial mimicry.

Sun bears live in the forests of Southeast Asia and are the smallest species of bear on the planet. More importantly, they are solitary creatures that spend most of their time in the wild alone. Therefore, scientists were hugely surprised when they saw that the animals mimicked each other’s faces during play fighting sessions.

Researchers studied 22 bears from the Bornean Sun Bear Conservation Center in Malaysia. They recorded 372 playful bouts over a two-year period. They observed numerous instances when one bear would make a facial expression while the partner was looking at them and the other bear would reciprocate with the exact same expression moments later.[4]

This kind of behavior is common in great apes and even in dogs, but both represent groups of highly social animals. This new revelation has made researchers consider the possibility that facial mimicry could be a valuable communication tool pervasive among mammals.

A school play based on the classic sci-fi movie Alien has earned rave reviews and plenty of attention from Hollywood.

Drama club teacher Perfecto Cuervo from North Bergen High School in New Jersey is a big fan of the Alien franchise. He decided to adapt the screenplay of the first film for the stage. The production ran for two nights on March 19 and 22. It garnered a lot of praise for how a tiny, underfunded drama club managed to tackle the complex sets, costumes, and effects present in the sci-fi epic.

The students made the majority of the props using mostly recycled materials. Among their most ambitious projects were the space jockey, the alien costume, and the recreation of the infamous chest-burster scene.[5]

Clips from the production made their way online and even elicited a few impressed nods from Hollywood. Both Alien star Sigourney Weaver and director Ridley Scott commended the drama club’s dedication and resourcefulness. North Bergen Mayor Nicholas Sacco announced that his foundation will fund encore performances of Alien: The Play. 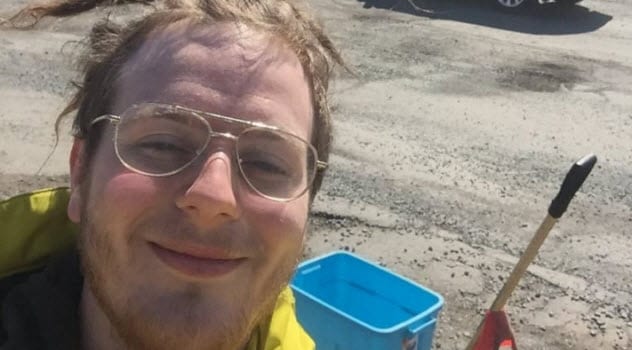 A man from Stellarton, Nova Scotia, took it upon himself to fix the potholes that plague Westville Road. In return, grateful drivers have rewarded him with cash, coffee, and cannabis.

For the last few days, 22-year-old John McCue has been out shoveling gravel from ditches to patch up potholes. He got the idea after reading a story a few weeks back about a car hitting a hole so big that it broke the axle clean off.

Authorities were not too pleased with McCue’s initiative. Town police stopped by and warned the young man to leave the repairs to the professionals because he was impeding traffic.

On the other hand, motorists have been far more appreciative. Most of them gave a grateful honk as they passed by, but some stopped to give McCue cash, coffee, or even some joints. The man admits that he is probably going to use the money to buy more weed.[6] 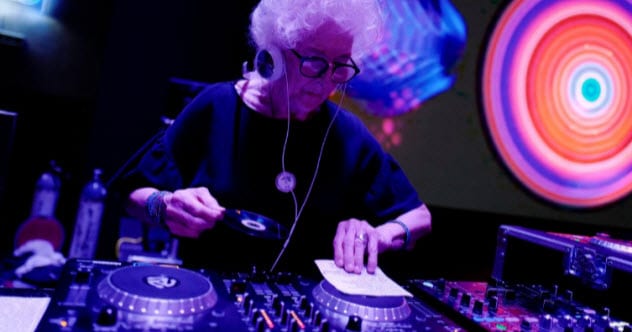 At first glance, 80-year-old Wirginia Szmyt from Poland looks like your typical, friendly, little old lady. But at night, she dons her party outfit, puts on a pair of headphones, and jumps behind the turntables where she performs in front of packed clubs as DJ Wika.

Over the past two decades, Wika has been DJ-ing mostly for Polish retirees to share with them the rejuvenating power of music. Nowadays, she performs at the Hula Kula Club in Warsaw every Monday night where around 1,000 people gather to hear her set. A former special educational teacher, Wika is a self-taught DJ. Her playlists typically include a bit of everything from rock to disco to samba.[7]

Wika’s life philosophy is all about age being just a number and going against the stereotypes of elderly people. She wants to show the world that your life does not end when you reach 70. 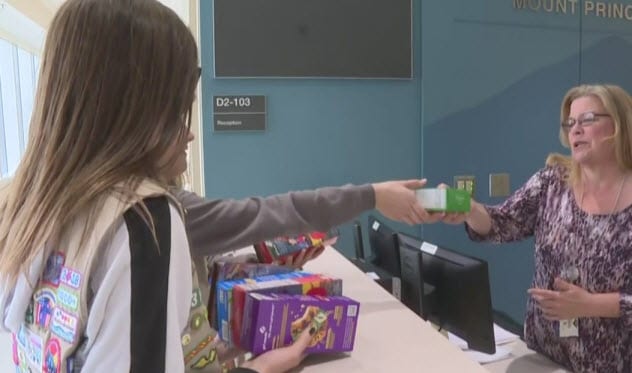 Girl Scouts from Colorado delivered 12,000 boxes of cookies to the patients, family members, and staff of a veteran’s medical center.

The girls collected all those treats as part of the Hometown Heroes/Gift of Caring program. Customers who wanted to support the Girl Scouts and veterans without actually eating cookies could buy boxes and donate them.

On Thursday, scouts, parents, and troop leaders brought 12,000 boxes to the Rocky Mountain Regional VA Medical Center in Aurora, Colorado. Then they handed them out to all the people in the hospital and across the campus. Some of the remaining cookies will be stored so that patients can enjoy them throughout the year. The rest of the cookies will go to other VA centers across the state.[8] 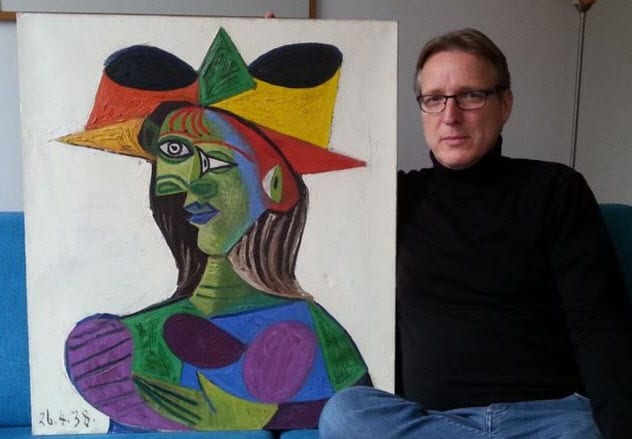 Dutch art investigator Arthur Brand has been in the headlines quite often in recent times. Last year, he made the news after recovering a Byzantine mosaic. Then, at the start of 2019, we mentioned how he found a pair of stolen seventh-century Visigoth reliefs that had been sitting in someone’s garden for 15 years. Now the man dubbed the “Indiana Jones of the art world” is in the news again after recovering a stolen Picasso.

The painting is known as Buste de Femme (Dora Maar). Picasso painted it in 1938, depicting his muse and lover Dora Maar. The artist held on to the artwork until his death in 1973. It was stolen in 1999 from the yacht of a Saudi sheikh.[9]

Brand first heard whispers of a “Picasso stolen from a ship” back in 2015. He looked into it. Once he identified the painting in question, he put out the word to people who might have bought it.

He was contacted by representatives of an unnamed Dutch businessman who had thought the purchase was legitimate. The painting, which is valued at $28 million, is now with an insurance company that will decide what to do with it next.

A paralyzed man took part in the Los Angeles Marathon and managed to walk over 27.7 kilometers (17.2 mi) in about 28 hours.

Thirteen years ago, Adam Gorlitsky from Mount Pleasant, South Carolina, was involved in a car accident and sustained a severe spinal cord injury which left him unable to walk. Three years ago, he was fitted with a ReWalk Exoskeleton. It is a bionic device mounted to the legs which allows paraplegics to stand upright, walk, and even climb stairs. Soon afterward, he competed in the Cooper River Bridge Run in Charleston, South Carolina, and became the first paralyzed man to finish it.

Since then, Gorlitsky has taken part in over 30 other races across the country. They brought attention to his charity, “I Got Legs,” which helps other people with walking disabilities.

Last weekend, he set his sights on his most ambitious goal yet: a full-length, 42.2-kilometer (26.2 mi) marathon. He estimated that it would take him around 36 hours to complete the course, so he received a waiver from the organizers to start two days early.

In the end, Gorlitsky wasn’t quite able to reach his goal. Hand and wrist pain and sleep deprivation stopped him 14.5 kilometers (9 mi) before the finish line. However, he took it as a valuable learning experience and is already planning to take part in another marathon.[10]