While we don’t often like to speak of it, death inevitably comes to us all. Most of us hope for a peaceful drift into eternal sleep in old age. For some of us, accident or misadventure sees us meeting an untimely end.

Death is always tragic, but throughout history, there have been some truly bizarre endings. From crazy accidents to cases where Mother Nature seems to have exacted her own revenge, the following unusual deaths, some of which are arguably more legend than fact, show that you never know when your time is up. 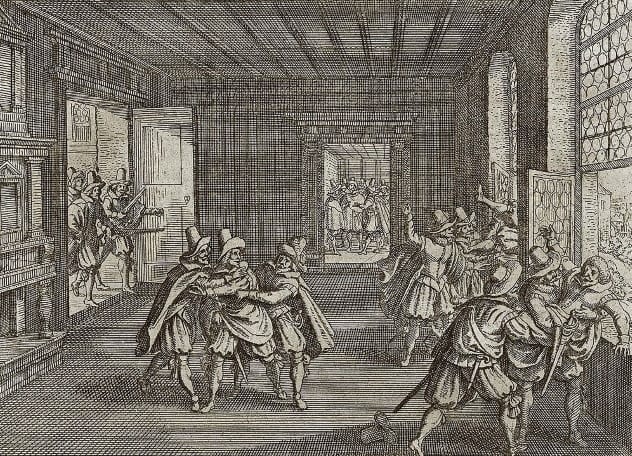 Falling, or being pushed from a window, is not a completely unheard-of cause of death. However, in Prague, defenestration, or being thrown from a window, was twice employed as form of execution. If Bohemian citizens didn’t like their politicians, they would throw them out, literally out the window. Both defenestrations marked the beginning of lengthy wars.

The first mass defenestration occurred in 1419, when a mob of angry Czech citizens stormed the town hall. The judge, burgomaster, and five other people were thrown to their deaths in the town square below. This sparked a conflict which was to last over 20 years.

In 1618, clashes between Roman Catholic and Protestant factions marked the beginning of the Thirty Years’ War. Protestants threw the Catholic regents William Slatava and Jaroslav Martinic, along with their secretary, from the windows of Prague Castle’s council room for violating the Letter of Majesty. Despite the defenestrators’ intentions, in this case, the defenestrated men survived their plunge.[1] 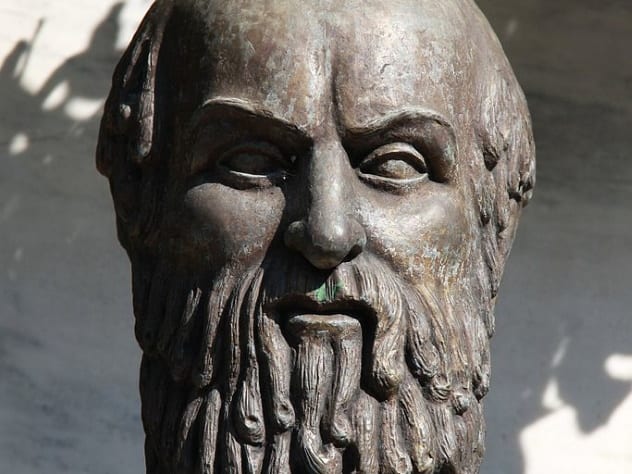 You would think a tortoise would be the least likely animal to cause a fatal injury. However, the ancient Greek dramatist Aeschylus was said to have met an untimely end from a falling tortoise circa 455 BC.

According to legend, he had received a prophecy that he would die from a falling object. In order to protect himself, the writer was working outdoors, where he would be safe from objects dropping from above.

Unfortunately, his attempt to dodge fate was unsuccessful. Aeschylus died when a large tortoise fell from the sky onto his head. Literature through the ages suggests that a passing eagle mistook his bald head for a rock.[2] Looking for a suitable tool to break open (and eat) its prey, the eagle dropped the tortoise onto Aeschylus’s unsuspecting head, killing him instantly.

Birds of prey which feed on tortoises do exist in the region in which Aeschylus died. The massive birds will drop the reptiles onto rocks, swooping to devour the flesh as the shells crack open. 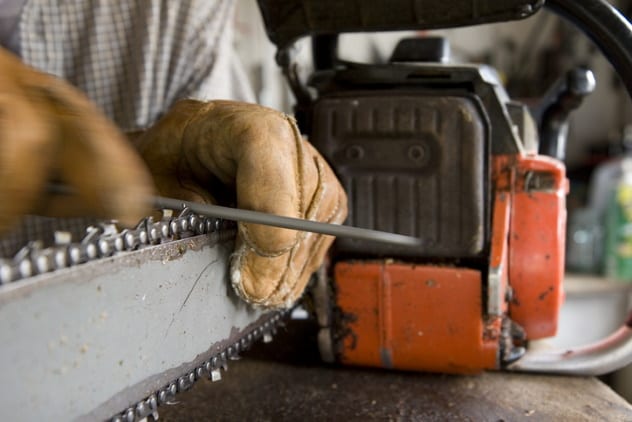 A man self-decapitating while shaving was one of the macabre and bizarre sketches in the Monty Python series. However, one British man truly did self-decapitate as a unique and arguably futile protest against his impending eviction.

David Phyall’s home in a Bishopstoke apartment building was set for demolition in 2008, but he steadfastly refused housing authorities’ attempts to relocate him. After the man hadn’t answered calls for several days, family members raised the alarm. Subsequently, emergency services made a grisly find: The man had successfully decapitated himself.

Tying a chainsaw to the leg of a pool table and setting a timer, Phyall allowed the chainsaw to sever his head. He was reportedly drunk when he died. A coroner’s report noted that this was the latest in a history of suicide attempts the mentally ill man had made.

7 Tennis Ball To The Groin 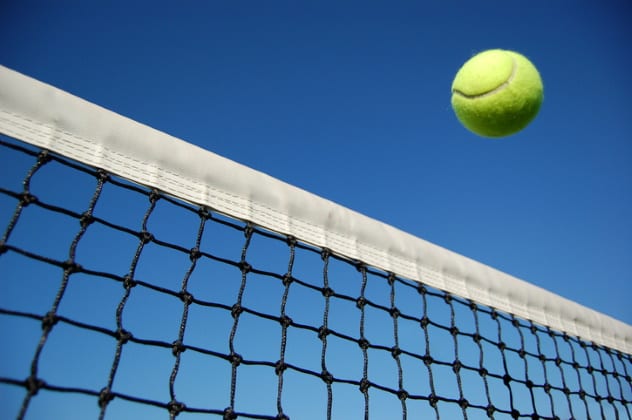 The 1983 US Open was held in New York City between August 30 and September 11 of said year. On September 10, Richard Wertheim, 60, was officiating a junior boys match. The linesman was sitting in a chair at the center line.

One of the players, Stefan Edberg of Sweden, served, but the ball went wild and struck Wertheim directly in his groin. The understandably painful impact caused him to topple backward. Wertheim’s head struck the ground hard, knocking him unconscious.[4] He remained unresponsive as he was taken to the hospital.

Unfortunately, Mr. Wertheim died on September 15. His family sued the US Tennis Association for over $2 million and were ultimately awarded $165,000, but that decision was reversed by an appeals court. Stefan Edberg went on to win multiple championships over the course of his career.


6 Crushed By A Cactus 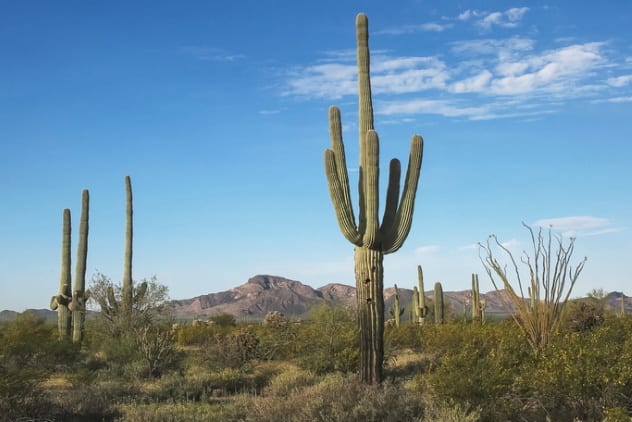 An Arizona man got more than he bargained for when he decided to flout the state’s strict laws protecting their desert plant life. Arizona’s saguaro cacti can take over a century to grow to full height, and a combination of development, a black market trade, and vandalism has seen their numbers dwindling in recent years. Saguaros are the iconic prickly plants we see in Westerns.

One massive cactus fought to the end in 1982, ultimately taking its assailant with it. A group of friends had been engaged in a day of illegal “cactus plugging” in the Arizona desert. The 8-meter-tall (27 ft) cactus had been the subject of 27-year-old David Grundman’s target practice. The gunman stood about 3 meters (10 ft) from the cactus and shot it twice with his shotgun, which is when the cactus struck back. Its arm fell, crushing Grundman beneath it.[5]

5 Strangled By An Automobile 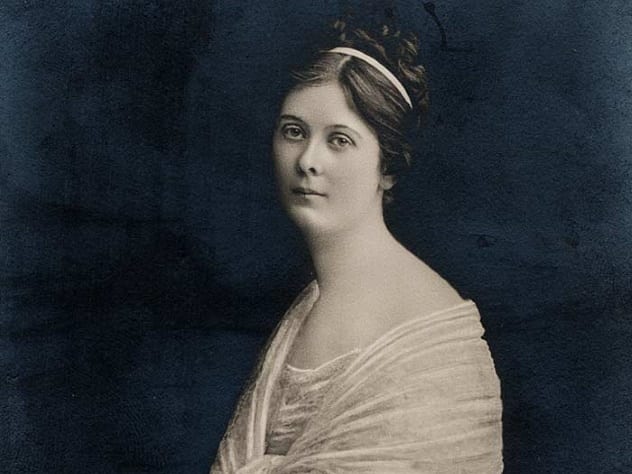 Dancer Isadora Duncan was an international stage sensation during the early 20th century. The world was shocked by her bizarre automobile accident in Nice, France, in 1927. Duncan was the passenger in an open-topped car when her long, glamorous, trailing scarf became caught in the vehicle’s wheel. The star was wrenched from the moving vehicle by the trapped scarf, throwing her to the ground and breaking her neck.[6]

This was one of several automobile accidents in which Duncan had been injured during her career. In a tragic coincidence, in 1913, a car being driven by Duncan’s nanny plunged into the Seine River near Paris, killing both of her children. 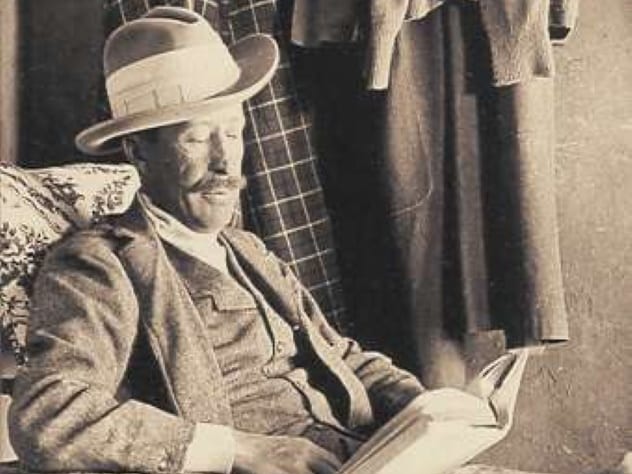 Here’s another one that treads more into legend territory. George Herbert was a philanthropist who funded Howard Carter’s archaeological expedition to Tutankhamun’s tomb in 1922.

The 5th Earl of Carnarvon died in Egypt under bizarre circumstances just six weeks after the burial chamber was opened. Herbert suffered a mosquito bite, which he cut while shaving. The wound became infected, and he died of blood poisoning.

Many still cite Herbert’s death as evidence for the curse of Tutankhamun. News reports at the time claimed Tutankhamun’s mummified body had a mosquito bite in the same place as Herbert’s fatal wound. Twelve people present at the opening of the sarcophagus died within months of each other in similarly strange circumstances, victims of King Tut’s vengeance if you believe the story.

3 Crushed By A Coffin 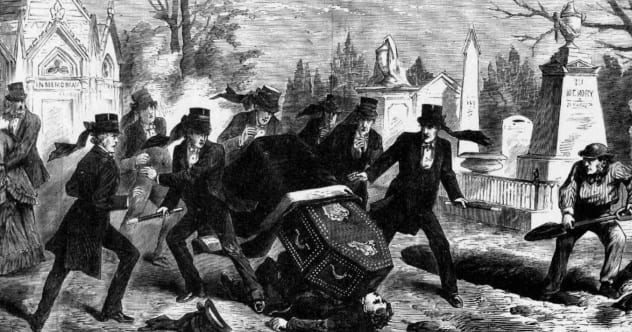 Pallbearing duties are a somber enough occasion. However, in 1872, they proved fatal for one unfortunate coffin-bearer.

Henry Taylor was part of a funeral cortege making its way to Kensal Green Cemetery in London. The six pallbearers were carrying the coffin along a narrow path, which was slippery after recent rain. Funeral directors asked the pallbearers to turn around so that the coffin approached headfirst, in the customary manner.

Taylor apparently slipped on a stone while they were maneuvering the coffin into the new position. When the other pallbearers dropped the coffin, it fell on Taylor, crushing him to death.[8] 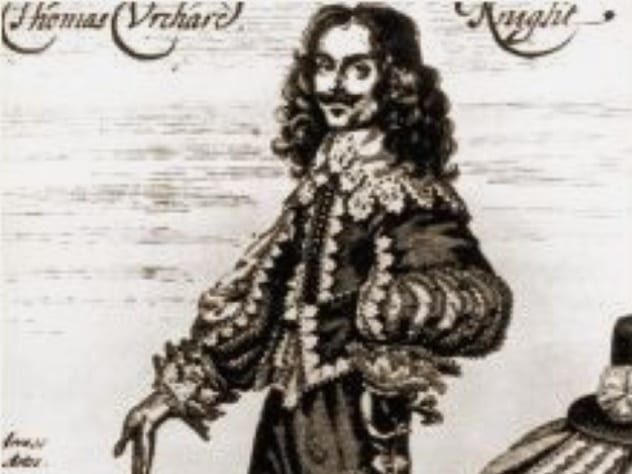 They say that laughter is the best medicine. Not so in the case of Scottish aristocrat and author Thomas Urquhart. A 17th-century courtier, Urquhart served both King Charles I and Charles II before facing imprisonment in the Tower of London and eventually being exiled to Europe. The somewhat eccentric Scottish laird reportedly died of “excessive laughter” when he heard the news that Charles II had been restored to the throne in 1660.[9]

Accounts of death by laughter are not totally unheard-of, with King Martin of Aragon and Greek philosopher Chrysippus both reported to have died in paroxysms of mirth. It is thought that in such cases, assuming they really happened, the excessive laughter actually caused either asphyxiation or heart failure.

1 Tripping On A Beard 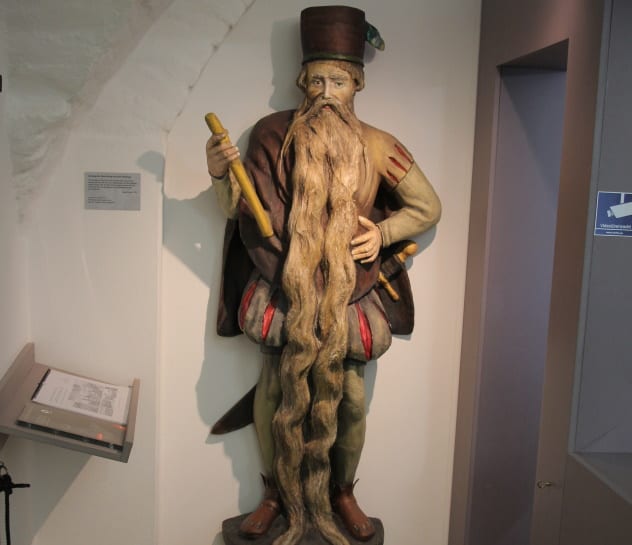 Death from facial hair is an unlikely scenario. Nevertheless, a Renaissance-era Bavarian literally fell victim to his famous flowing beard.

St. Stephan’s Church in Braunau am Inn, which sits on what is now the German-Austrian border, has a memorial to the former town mayor who died in bizarre circumstances. Hans Steininger (sometimes spelled Staininger) was the town burgomaster during the 1560s and was known as “the man with the long beard.” Steininger had reportedly never trimmed his beard in his life. The remarkable facial hair flowing down to his feet is depicted in a bas-relief on the side of the church as well as in other locations around town.

Steininger usually kept his beard neatly rolled up in a special pouch. However, when attempting to flee a fire which broke out in the town in 1567, he tripped on his prodigiously long beard, breaking his neck. The 452-year-old beard has been preserved for posterity in the town’s museum.[10]

Read about more bizarre ways people have died on 10 Horribly Unconventional Ways That People Have Died and 10 People Who Died Ridiculous Deaths.