Armistice Day (11 November – dedicated by King George V) is the day in which the nations of the World War I allies remember the brave who died. It is known as Veterans Day in the United States and Remembrance Day in some countries. It seems fitting that we should have a list on the topic as our own way to say thank you to the many men and women who gave their lives for the protection of our way of life. 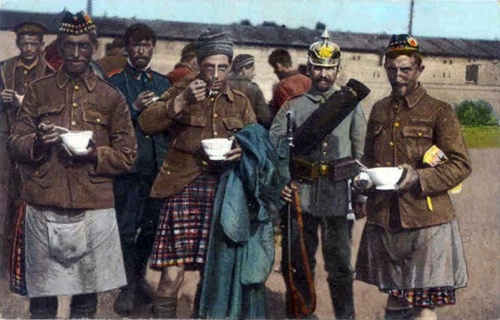 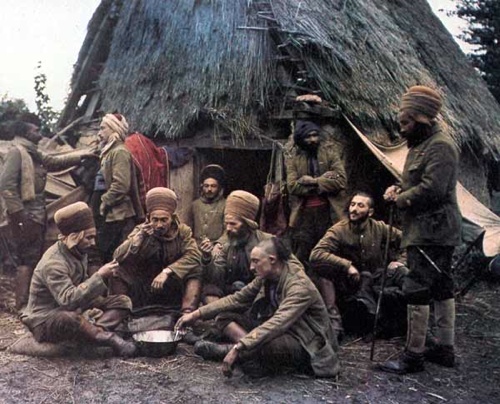 3
Operating on a Horse in France 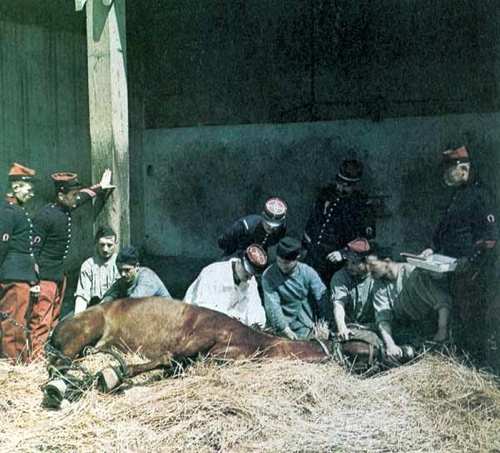 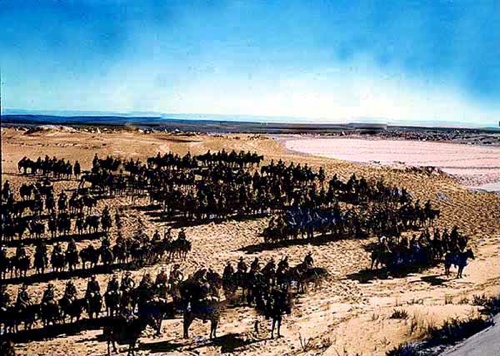 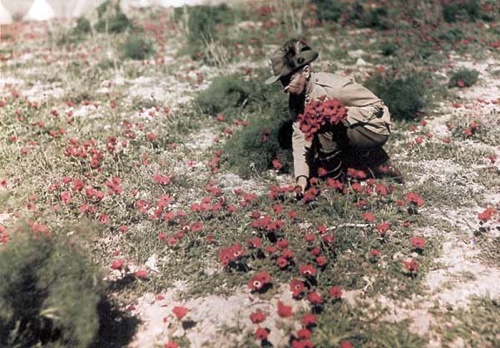 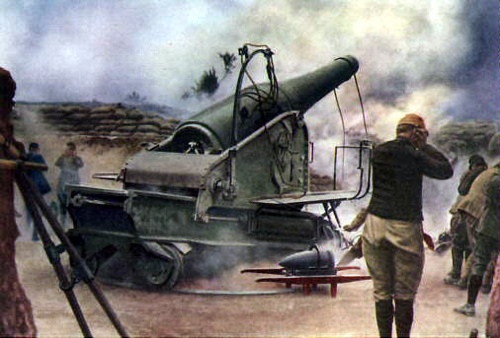 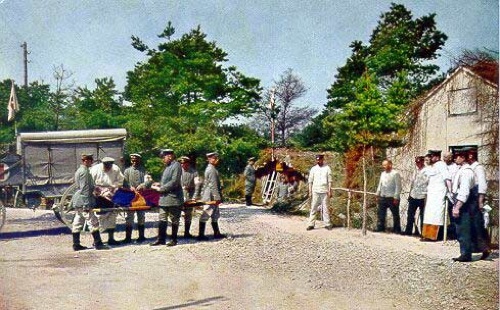 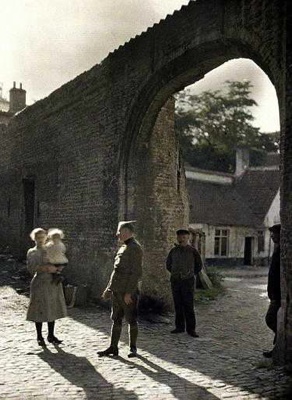 9
French in the Frontline Trenches 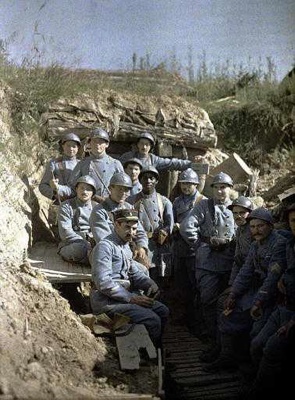 10
Haircuts for the Soldiers 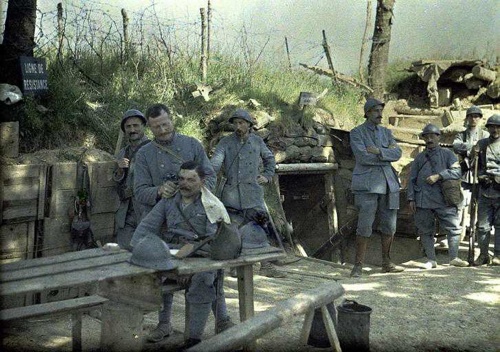 11
Children Amidst the Ruins 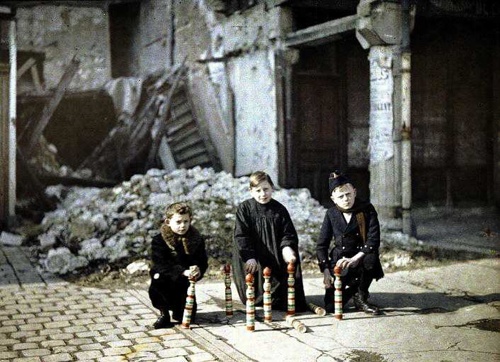 12
No Man’s Land from a Trench 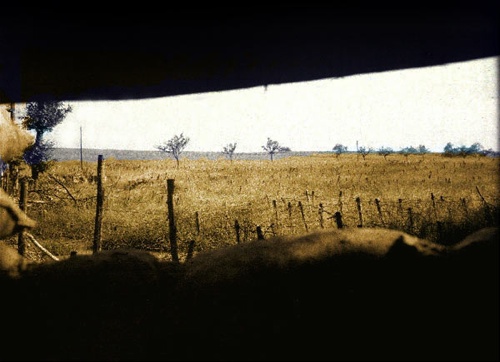 13
Women in the Factories 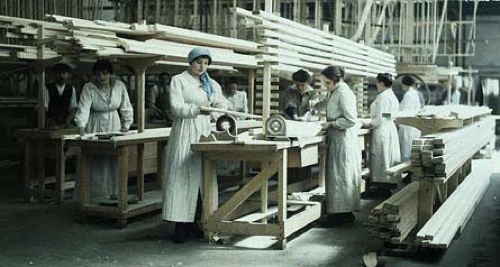 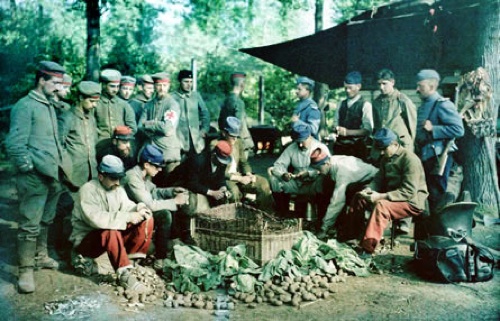 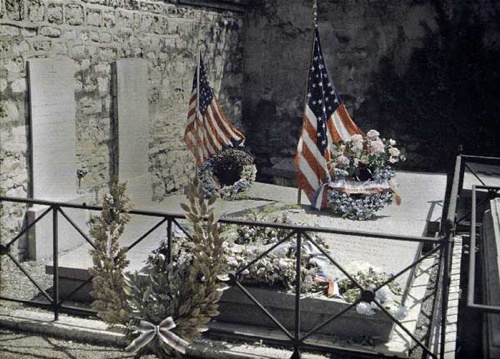 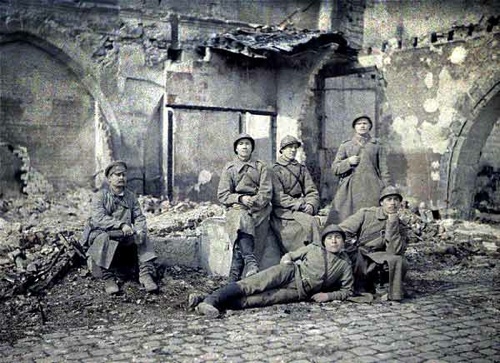 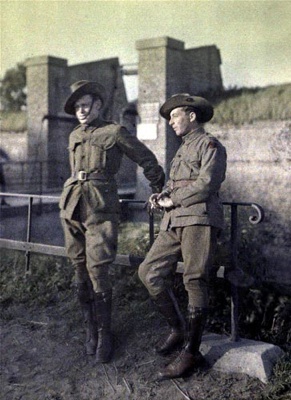 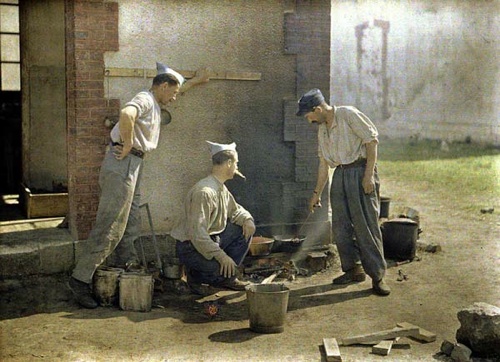 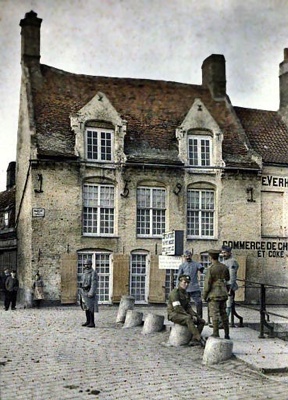 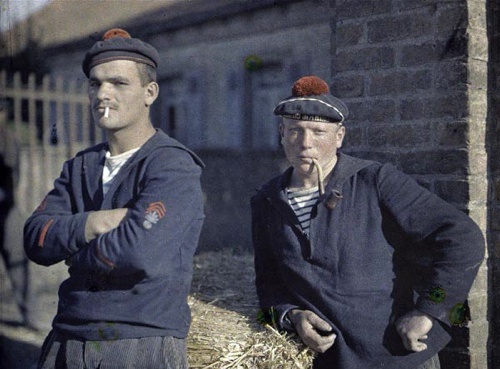 In Flanders Fields the poppies blow
Between the crosses row on row,
That mark our place; and in the sky
The larks, still bravely singing, fly
Scarce heard amid the guns below.

We are the Dead. Short days ago
We lived, felt dawn, saw sunset glow,
Loved and were loved, and now we lie
In Flanders fields.

Take up our quarrel with the foe:
To you from failing hands we throw
The torch; be yours to hold it high.
If ye break faith with us who die
We shall not sleep, though poppies grow
In Flanders fields.