Erzsebet Bathory (1560–1614), more commonly known as Countess Elizabeth Bathory, is probably one of the most well-known murderers in history. Nearly everyone has heard of the Hungarian noble’s strange need to kill virgin girls and bathe in their blood in an effort to stay young. However, there are more awful facts to her story, and some of them are beyond disturbing.

10 She Witnessed Cruelty In Her Childhood 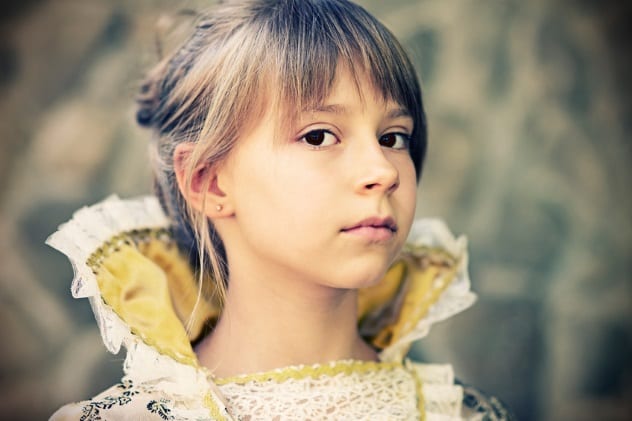 While very little is written about Bathory’s childhood, there is one particular incident that may have introduced her to the cruelty of the world.

It’s believed that when Bathory was aged 6–11, a band of gypsies came to entertain her family’s court. While they were there, news came to light that one of the gypsies had sold his children to the Turks. Given the constant war with the Turks, the man was viewed as an enemy and was sentenced to death.

Bathory heard the condemned man’s cries during the night, and the next day, she sneaked away from her governess to witness the execution. A horse was held down and its stomach cut open. The soldiers then stuffed the living man inside the horse’s belly and, with the man’s head sticking out, sewed the belly back up.

This was a favorite execution method among the ancient Romans, who would then keep the dead horse in the hot sun. As the horse’s body rotted and decayed, the heat would cook the condemned. He also had the added pleasure of the stench and maggots as he was crock-potted into the afterlife. 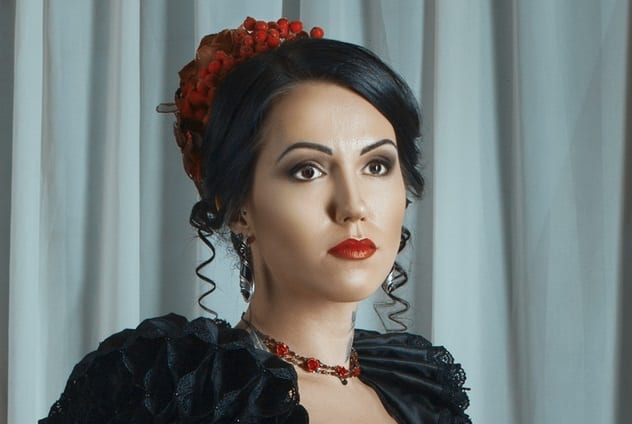 It was common for 16th-century nobles to arrange the marriages of children. At age ten or 11, Bathory was engaged to Ferenc Nadasdy, who was either five or 15 years older. About a year before their marriage, Bathory became pregnant with a peasant boy’s child. She was sent away to have the baby, which was given away to another family to prevent any problems in her marriage.

She was then married to Nadasdy at age 15. Shortly afterward, her husband went away to war against the Turks. This left Bathory alone most of the time, and she was able to pretty much do whatever she pleased. It was during these early years that she started to develop her cruel tendencies toward her servants and the peasants who lived on her lands.

8 A Special Kind Of Killer 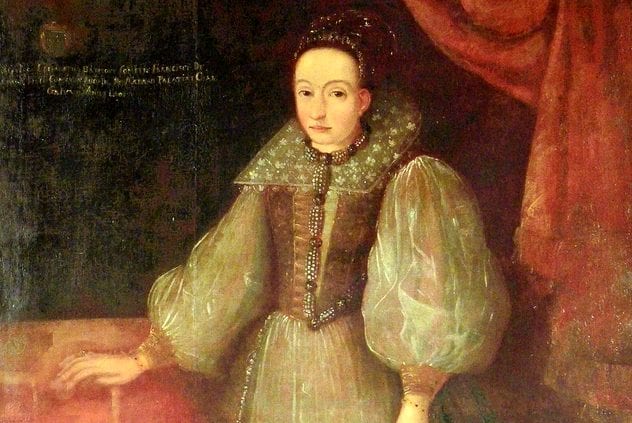 Elizabeth Bathory was a special kind of killer. She is unique in that she is both the first known woman serial killer and also the only female serial killer who killed for sexual and sadistic needs without the influence of a dominant male partner.

Bathory’s killings weren’t motivated by the need for power or for political gain, both of which were once common reasons for noblewomen to commit murder. Bathory killed for enjoyment and did so without any regrets. She is believed to have tortured and murdered anywhere from 50 to 650 girls. She was driven by her own innermost sexual needs, and the more savage the deaths, the more pleasure she got out of them. 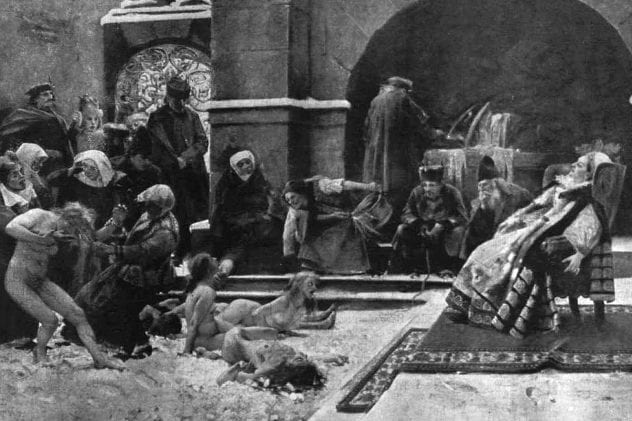 Bathory didn’t just feel compelled to bathe in the blood of virgin girls; she also felt a real need to torture them. For her own pleasure, Bathory had a torture chamber outfitted in her castle, called “Her Ladyship’s Torture Chamber.”

The most unimaginable cruelties were performed upon her young victims. Sometimes, Bathory would bite her victims to death, and there are reports that she would sometimes rip their mouths apart using her own hands. She also liked to burn her victims. She would hold candles to their genitals, and she also liked to burn them with hot metal rods. Pins were used under fingernails and toenails, and she occasionally liked to push the pins through her victims’ nipples and lips.

In the winter, she would strip down a girl and toss her out into the courtyard, where cold water was thrown onto her so that she would freeze to death. Bathory would also pour boiling water on her victims and seemed to enjoy peeling off their cooked skin, like a scalded tomato.

6 She Was An Excellent Mother 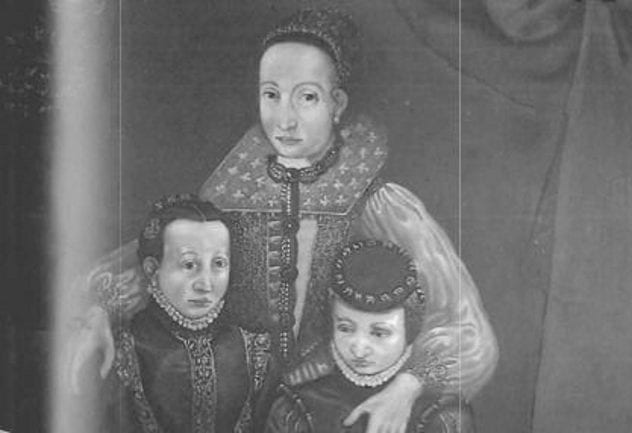 In Bathory’s time, anyone beneath nobility was property and could be disposed of at will. Those of higher status were treated according to their birth.

That’s why it’s not surprising that Bathory was a good and loving wife to Nadasdy. During the first decade of their marriage, they weren’t able to have any children because of his war campaigns. However, she did eventually give birth to three girls and one son—Anna, Ursula, Katherina, and Paul.

In her letters to relatives, she talked lovingly about both her husband and her children. They were treated extremely well, compared to how she treated the lesser aristocrats and peasants who lived on her land.

While the children were probably kept in the dark about their mother’s gruesome habits and may have been shipped off to live with relatives, there are reports that her husband also enjoyed being cruel to servants. The only real difference between him and his wife was that he didn’t kill the servants that he tortured. 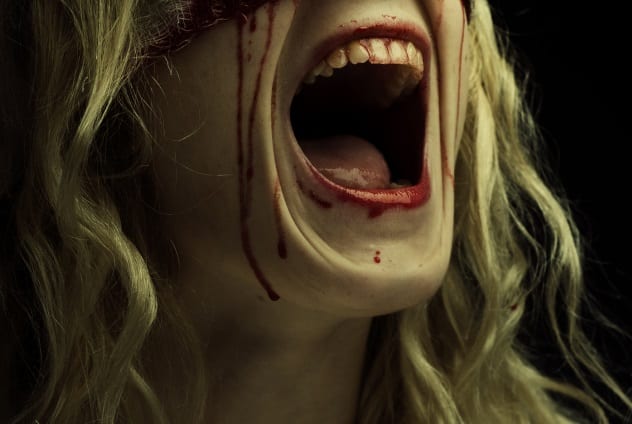 Throughout her many years, Bathory had a number of accomplices to assist in her torture of young girls. During the trials of some of her accomplices, the terrifying story of Pola came to light.

According to testimony, Pola was a 12-year-old peasant girl who worked in Bathory’s castle. Pola managed to escape but was soon caught and brought back. Upon Pola’s return, Bathory fell into an absolute rage. Poor Pola had no chance of surviving what would happen next.

Bathory forced Pola into a small cage that left her in a partially upright position with no wiggle room. The cage was then hoisted up. Ficzko, a dwarf who was assisting Bathory in the tortures at that time, swung the cage from side to side as metal spikes jutted into the cage to pierce the poor girl.

Pola was cut to pieces. 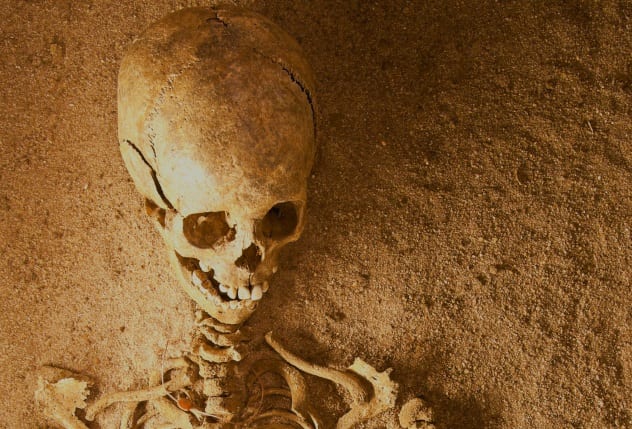 It was bad enough that Bathory was killing off peasant girls (although that was legal at the time), but then she started to dip into girls from the lower nobility pool. These girls’ families had royal ties but no money. The families naturally began to complain until Count Thurzo visited Bathory’s castle.

Count Thurzo was met with the most awful scenes. In the main hall, he found the body of a girl. A second girl, still alive, was covered in bloody holes. Other girls were found in different cells throughout the castle. Some were alive, and others were already dead. Girls hung from the ceiling in the basement with large pools of blood beneath their cut bodies.

Count Thurzo later had the basement’s floor dug up, and 50 more bodies were discovered. He allegedly found within Bathory’s desk a list of names, presumably of the girls she had murdered. The list contained some 650 names. 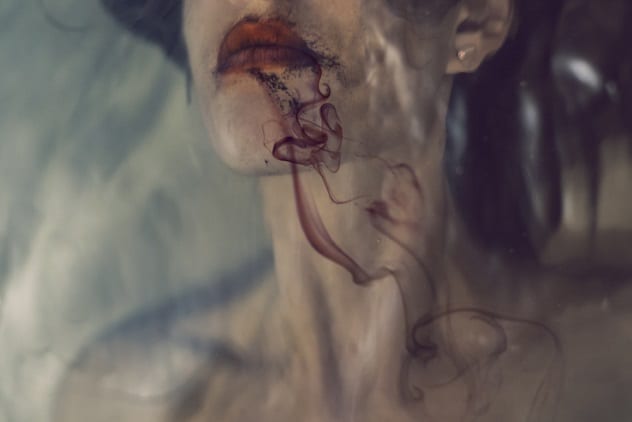 With a body count of about 650 girls, one wonders where Bathory disposed of all their bodies.

She seems to have initially tried to give the girls a Christian burial. As she was Protestant, she gave the girls’ bodies to a local Protestant pastor to bury in the churchyard. The deaths, she claimed, were caused by unknown factors. After some time, the pastor grew suspicious because there were so many bodies. He refused to bury any more, and Bathory had to find new ways to get rid of her victims.

Besides burying 50 girls in her basement floor, some others were buried in the grounds around the castle, such as in the castle garden. She may have had some of the bodies dumped in fields, streams, and in secret locations. The more bodies she created, the more difficult it became to hide them, which is probably why so many bodies were found within her castle walls.

2 She Never Went To Trial 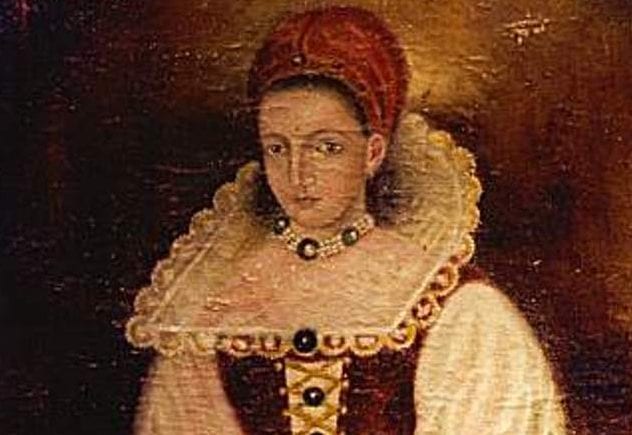 It was apparent to all that Elizabeth Bathory was a coldhearted murderess, but while her accomplices were arrested and sent to trial, Bathory was kept safe. She was placed under house arrest while her family pulled every string they had to keep her from going to trial.

One story says that Bathory wanted to go to trial. However, if she was found guilty, all her land would have been turned over to the crown. To keep her lands within her own family, she was forced to remain inside her castle.

Her accomplices, however, were made to face the fullness of Bathory’s crimes. Ficzko was found guilty and beheaded. Two other accomplices, Dorottya Szentes and Ilona Jo, were declared witches, had their fingers pulled off with pincers, and were burned alive. Another, Erszi Majorova, was executed, and Katarina Beneczky was given life imprisonment.

1 She May Have Inspired Dracula 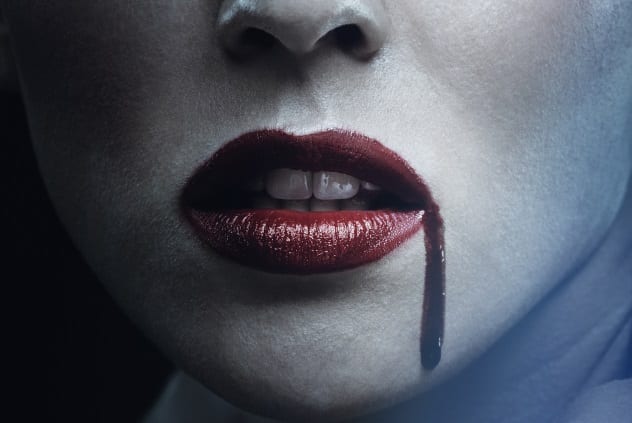 Vlad Tepes may not have been Bram Stoker’s only inspiration for Dracula. Many historians feel that the stories surrounding Elizabeth Bathory also helped to create the unforgettable character.

After all, there were accounts of Bathory biting and eating the flesh of her victims. She was also known for drinking their blood as it gushed from their wounds. Furthermore, she had many ties to Transylvania, and she was even related to Vlad Tepes through marriage.

Her beauty and obvious bisexuality must have fed the later stories about vampires. Even her appearance fit the image of a stereotypical female vampire—dark brown eyes, beautiful, shiny black hair, and womanly curves. It’s no wonder that so many were willing to be her accomplice, just like Dracula’s accomplice, Renfield. 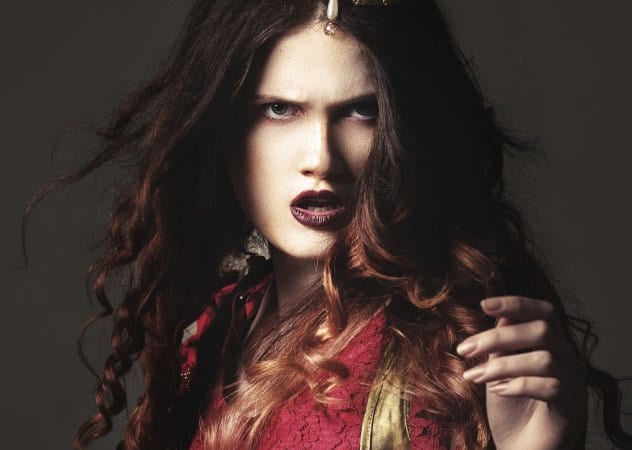 Elizabeth Bathory was not alone in history as an evil vampiric character. Here are some other lists of an equally macabre and disturbing nature.