Many of us dream of being royalty. We picture unimaginable wealth, a life of indulgence, and the chance to travel the world on state visits. But what happens when people born into this life of luxury decide it’s not for them? Or when their hearts’ desires conflict with the rules of the monarchy? This list compiles 10 of the most scandalous instances of royals renouncing their titles that the world has ever seen. 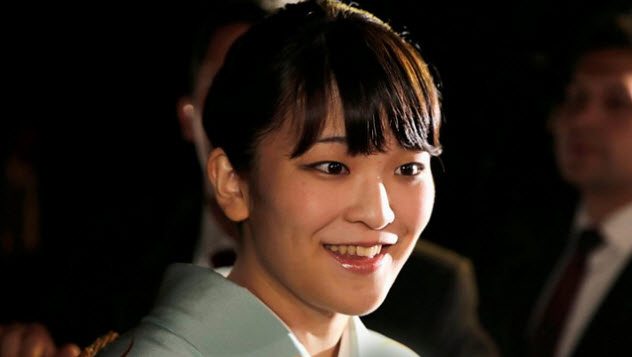 It was announced in May 2017 that Japan’s Princess Mako is engaged to a man she met while studying at the International Christian University in Tokyo. Since her fiance, Kei Komuro, is a commoner, their engagement means that Mako must now give up her royal title in accordance with Japanese imperial law.[1]

With Japan’s Emperor Akihito hinting that he is considering abdicating soon, Mako’s decision has sparked intense debate about the Japanese line of succession. Although she was not in line to take the throne, her father is second in line.

Princess Mako has not yet revealed her plans for life after leaving the royal family, although she could take some tips from her aunt, Sayako, who was the first Japanese royal to become a commoner. Either way, life outside the palace might take some getting used to.

9 Prince Philip Of Greece And Denmark 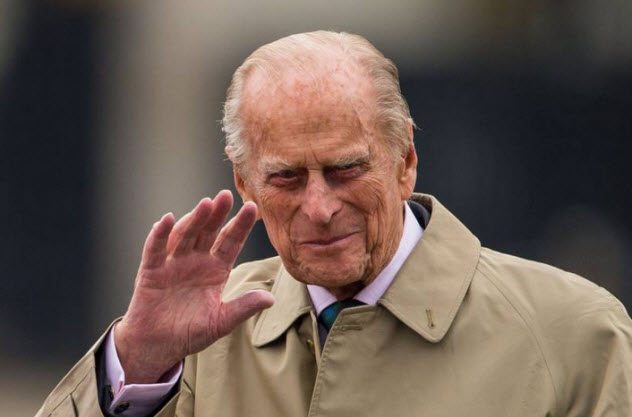 When he became a British subject on February 28, 1947, Philip renounced his right to not just one throne but two. Fortunate Philip had been born as prince of both Greece and Denmark.

But his parents were distant as he grew up, and he spent his formative years at school in Scotland. It was an easy choice to make, therefore, when he renounced his claim to both thrones in favor of life as the husband of Princess Elizabeth, now queen of the United Kingdom.

Philip’s renunciation of his former titles has actually increased his profile, unlike many of the royals on this list. He is now an integral part of the most famous royal family in the world and father to Prince Charles, next in line to the British throne.[2]

At age 96, Prince Philip (aka the duke of Edinburgh) has only very recently retired from his duties of making public appearances, meaning he can finally enjoy some well-earned time off. 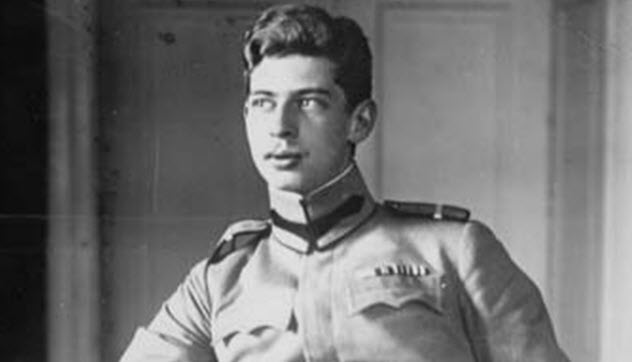 King Carol II was essentially the wild child of the Romanian royal family. He married two commoners in his lifetime, much to the disappointment of his family. When he was a young man, a torrid love affair with Zizi Lambrino led to the pair eloping in 1918. Their doomed marriage was thoroughly condemned by his parents and was annulled soon after.

Carol couldn’t stay out of trouble for long, though. After a second, unhappy marriage to Princess Helen of Greece (his second cousin), Carol’s love affair with Magda Lupescu forced him to renounce his royalty and go into exile in 1925.

The prince returned in 1930 to rule Romania but was forced to once again renounce his title in 1940 and go back into exile. Every cloud has a silver lining, though, and Carol finally married Lupescu, his great love, in 1947.[3]

7 Johan Friso Of The Netherlands 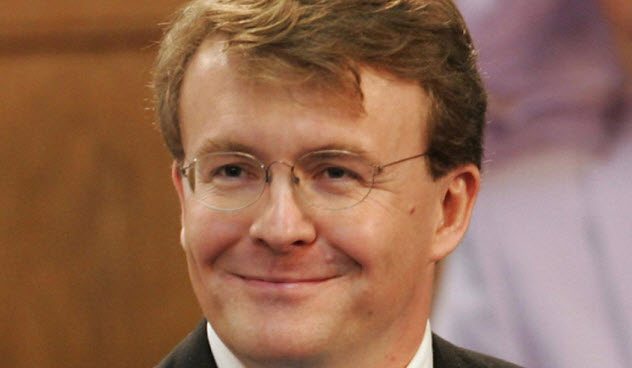 Johan Friso was a romantic man. Not only did he propose to his future wife by arriving on her doorstep in an all-white suit, holding champagne and roses, but he did so knowing that the marriage would lose him his right to be king of the Netherlands.

Johan had met Mabel Wisse Smit in Brussels through his younger brother. Despite some early doubts and rumors about Smit’s background, the couple became very popular with the Dutch public.

After marrying and giving up his title, Johan worked in the finance sector. But his good sense of humor and his growing young family meant that he remained popular with the people. Tragically, the former prince died from injuries sustained in an avalanche while skiing in Austria in 2012.[4] 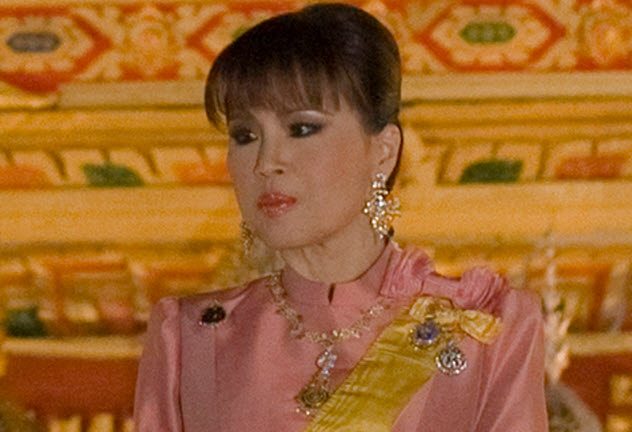 We might assume that princes and princesses don’t have a particularly rough ride, but Ubolratana Rajakanya has not had the easiest life. Like many others on this list, she was forced to give up her royal title to marry the man she loved, Peter Ladd Jensen.

But after having three kids, the pair divorced in 1998 and the former princess returned to Thailand. In 2004, tragedy struck as the tsunami which ravaged the country claimed the life of her autistic second son, Bhumi.[5]

Ubolratana has since set up a foundation in memory of her son to help other children with autism and other learning conditions. She is also doing her best to put the past behind her. She has appeared in two Thai movies and is now spotted at public engagements with her family. 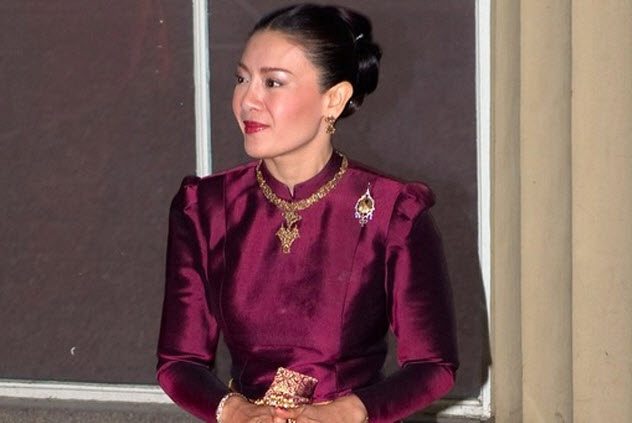 For Srirasmi, it was more a case of jumping before she was pushed. Having been the royal consort, wife of Crown Prince Maha Vajiralongkorn, for over a decade, Srirasmi volunteered to resign her royal titles as scandals engulfed her and her family.

The prince divorced the former princess after her family members were hit with a raft of serious criminal charges. Her uncle was arrested for extortion and oil smuggling, while her three brothers and her sister were charged with defaming the monarchy—a serious crime in Thailand.

Srirasmi has left her son with her former husband so that her son could one day become king of Thailand.[6] Meanwhile, an official statement on her behalf said that she would return to her hometown west of Bangkok to live a quiet life. The fairy tale is over for the former princess who married into royalty, and she may have to watch her own son rule Thailand from afar. 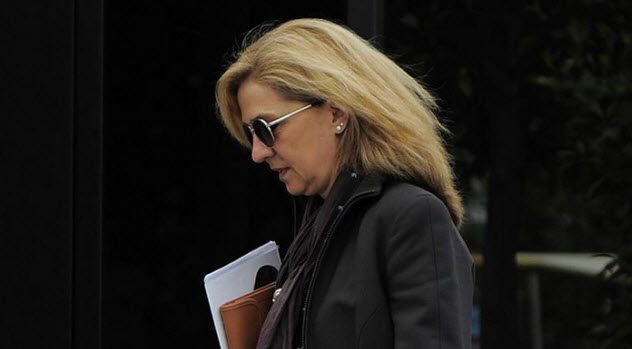 Princess Cristina may not have given up her title willingly, but her actions gave her brother, the king of Spain, no choice. Reports claim that she had expressed a willingness to renounce her titles, but the tax fraud investigation against her and her husband pushed King Felipe VI to telephone her in 2015 to say that she was no longer part of the monarchy.[7]

Cristina was the first member of the Spanish royal family to stand trial in history, a scandal that rocked the institution to its foundations. Although she was found not guilty in February 2017, her husband Inaki Urdangarin was sentenced to serve six years and three months in prison.

Cristina was fined for the role she played in the business tax fraud, and the king has distanced himself from his sister in an attempt to improve the now-tainted image of the monarchy. 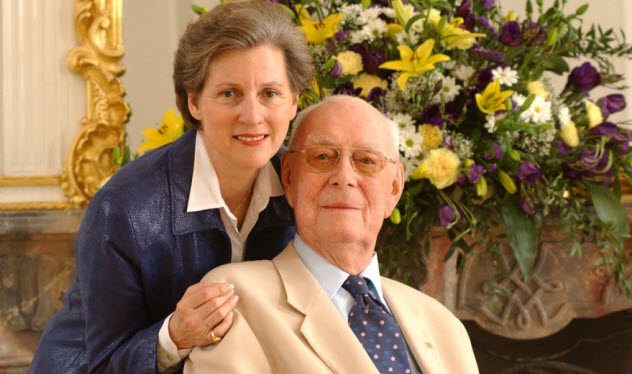 Lennart Bernadotte caused something of a stir in Sweden in 1932 when he married a commoner, Karin Nissvandt, against his parents’ wishes and without royal consent. Lennart was a grandson of Sweden’s King Gustaf V, but under Swedish law, he was forced to give up his chance to take the throne to marry Karin. The young couple was required to go all the way to London to be married.

His parents’ disapproval didn’t prevent Lennart from marrying Karin, but it did make him deeply unhappy. They attempted to cheer him up by giving him the gift of Mainau, a 111-acre island on Lake Constance in central Europe.

The generous offering seemed to do the trick, and Lennart devoted the rest of his days to the island and to horticulture. During his lifetime, Lennart turned Mainau into an incredible botanical garden where 350,000 flowers bloom every summer. The former prince died in 2005, but his legacy lives on in the beauty of Mainau.[8] 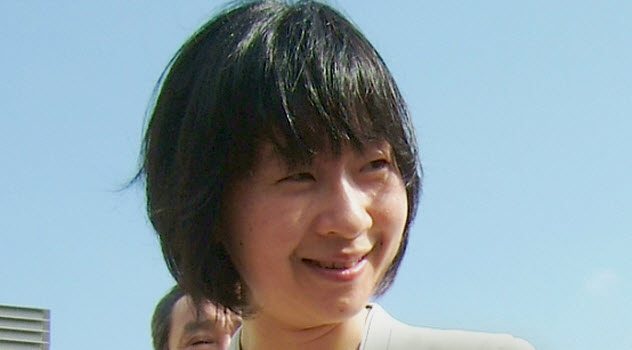 When she left Japan’s Imperial Palace for the final time, Princess Nori only took a table, a chest of drawers, and a one-off state payment to smooth her transition to normal life. She left behind the life of a princess. Once she was out of the palace gates, she was no longer Princess Nori. She was simply Mrs. Sayako Kuroda.

Sayako surrendered her title and her privilege to marry her childhood sweetheart, Yoshiki Kuroda. Now she must learn to drive, take public transportation, and go shopping just like us normal folk.

Some reports have stated that Sayako may now become an ornithologist and that she hopes to lead a quiet life. Others go on to say that she is glad to leave the Imperial Palace. The princess has admitted that she felt “full of unease” growing up as she learned what her future imperial life held in store.

Her mother suffered a breakdown in the early 1990s under the pressures of life in the palace, citing unbearable fatigue and distress. She even lost the power of speech.[9] It sounds like Sayako may have had a lucky escape after all. 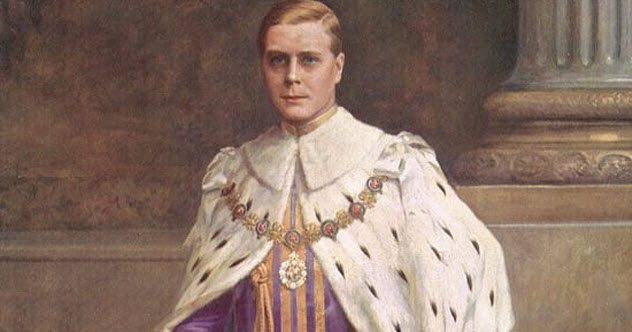 The scandal surrounding King Edward VIII’s abdication makes this perhaps the most notorious renunciation of title ever. Throughout the 1920s, while Edward was still a prince, he had affairs with a number of married women, causing much scandal.

However, it was when his father died in 1936 and Edward became king that things really went south. Edward had been having an affair with Wallis Simpson, an American. In October 1936, she was granted a third divorce, clearing the way for Edward to marry her.[10]

His advisers were vigorously opposed to the union. Since Edward was head of the Church of England, it was inconceivable that he could marry a divorced woman.

Seeing no other way out, Edward publicly abdicated on December 11, 1936. After making an address to the nation, he left for Europe the next day. His brother took over the crown, becoming George VI.

In 1937, Edward got his wish and was married to Wallis. The couple lived together in France until Edward died of throat cancer in 1972. In death, he was reunited with his family as he was buried in the Royal Burial Ground in Windsor.

Read about more royal scandals and wild behavior on Top 10 Scandals That Rocked Royal Families and 10 Royal Mistresses Who Had Their Men By The Crown Jewels.