The idea of traveling into space seems cool. Many of us have imagined becoming astronauts—or possibly the first person on Mars—at some point in our lives. Who hasn’t wanted to touch the stars?

However, there are some facts that might have made us reconsider if our dreams hadn’t died off, anyway. From the unfortunate consequences of venturing into a decidedly human-unfriendly environment to the inability of Earth-made products to properly adjust to space, there are many attributes of space travel that you may not have anticipated. Here are ten sickening facts about space travel. 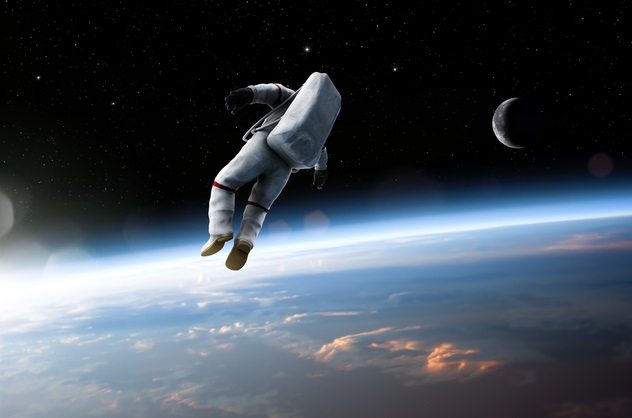 NASA has no concrete plans regarding what to do with the bodies of astronauts who die in space. In fact, NASA doesn’t even expect astronauts to die in space, so it doesn’t train them on what to do in the event of the death of a colleague. But what would happen if an astronaut dies in space? The possibility of this is higher than ever as NASA plans for long-term missions like a trip to Mars.

One option is to release the body into space. However, this isn’t really an option since the United Nations prohibits the dumping of litter, which includes bodies, in space over fears that they might collide with spaceships or contaminate other planets. Another option is to store the body inside the spaceship and bury it upon returning to Earth. Again, this is not an option since it would put the lives of other astronauts at risk. A last option, if man ever gets to colonize Mars, is to use the body as fertilizer. However, it remains in doubt whether humans make good fertilizer.

NASA is currently working with Promessa, a burial company, to develop what it calls “Body Back.” With Body Back, a corpse is sealed inside an airtight sleeping bag and attached to the outside of the spaceship, where it is exposed to the extremely cold temperatures of space. The body freezes, vibrates, and finally shatters into small, fine particles as the spacecraft travels through space. By the time the spaceship returns to Earth, all that that’s left of the dead astronaut would be small, fine, dust-sized particles.[1] 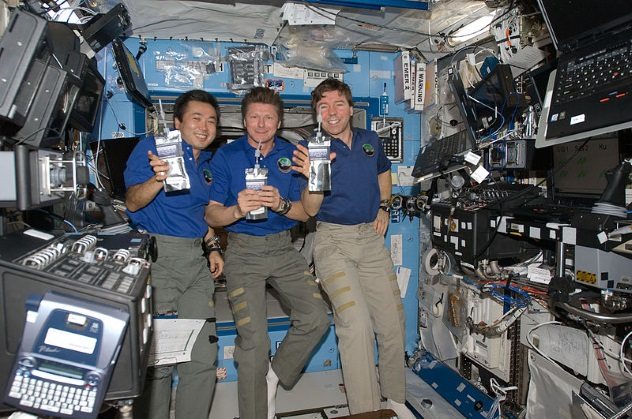 Access to fresh water can be a problem in space. American astronauts at the International Space Station (ISS) get most of their water by recycling and recovering it using the Water Recovery System, which NASA introduced in 2009. Just as the name implies, the Water Recovery System allows astronauts to recover most of the water they lose through sweat and urine or while brushing or making coffee.

American astronauts aren’t just recycling their own urine. They’re also recycling the urine of cosmonauts, since the Russians have refused to recycle their own pee. According to Layne Carter, NASA’s water subsystem manager for the ISS, the recycled water tastes just like bottled water.[2] 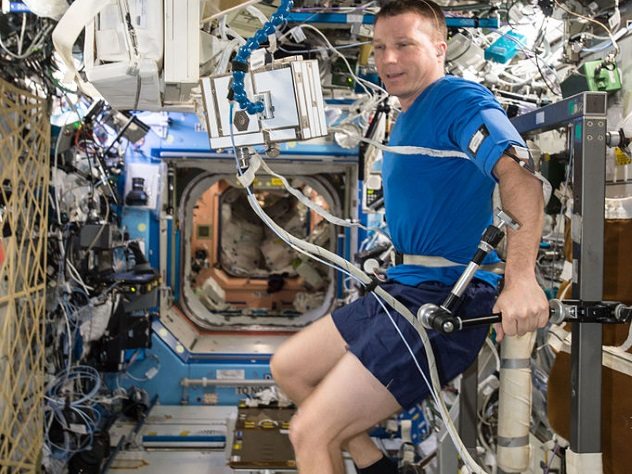 The microgravity environment of space causes premature aging in astronauts. Their skin ages faster, becomes drier and thinner, and is prone to itching. As if that isn’t enough, their bones and muscles become weaker. Astronauts lose one percent of their muscle mass and as much as two percent of their bone mass with every month that they spend in space. A four- to six-month trip to the International Space Station would lead to the loss of about 11 percent of the mass of the hip bone.

Even astronauts’ arteries aren’t spared. They become stiffer, as would be expected in people 20 or 30 years older. This makes astronauts susceptible to heart problems and stroke. Canadian astronaut Robert Thirsk suffered weakness, fragile bones, and lack of balance after spending six months in space. He said he felt like a senior citizen by the time he returned to Earth. Premature aging is now recognized as one of the side effects of space travel. It remains unpreventable, although astronauts can reduce its effect by exercising for two hours each day.[3] 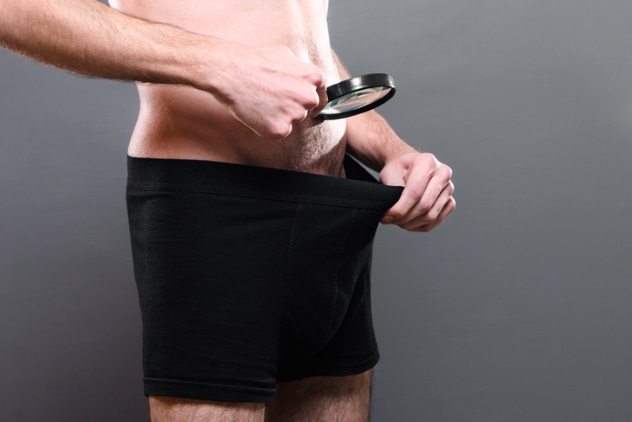 There are speculations that long-term space missions are making astronauts infertile. In one experiment, male rats suspended above the floor during a six-week-long experiment, mimicking the weightlessness of outer space, suffered shrunken testes and severely low sperm count, which made them as good as being infertile. Female rats suffered a similar or even worse fate when they were sent into space. Their ovaries ceased working after just 15 days. By the time they returned to Earth, the gene responsible for producing estrogen (the female hormone) had become redundant, while the cells that produced eggs were dying.

Space travel has also been linked to loss of libido. In one experiment, two male and five female mice sent into space refused to mate. However, some researchers insist that space travel has nothing to do with libido or infertility. Fish and frog eggs sent into space have fertilized, though the frog offspring never developed past tadpoles. Male astronauts have also impregnated their wives days after returning to Earth.

Female astronauts aren’t left out. They have also gotten pregnant soon after returning from space missions, although they have a higher rate of miscarriage. The effects of space travel on reproduction remain debatable, and from the look of things, we’re not finding out soon. NASA has turned down attempts to get the sperm count of its male astronauts returning from space for privacy reasons.[4]

6 Most Astronauts Get Space Sick 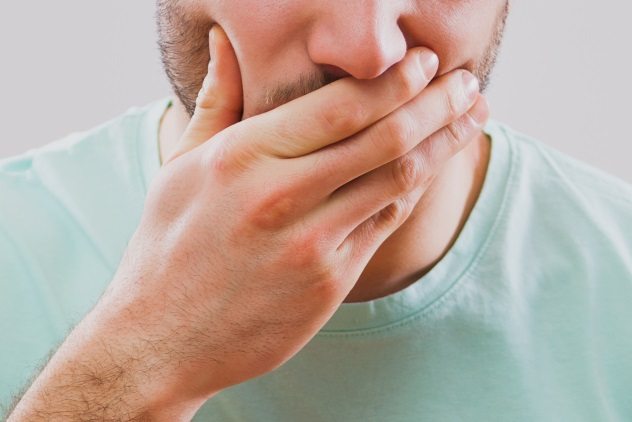 Despite advancements in space technology, space sickness remains one of NASA’s biggest headaches.[5] More than half of all astronauts sent into space experience nausea, headache, vomiting, and general discomfort, which are all symptoms of space sickness, also called space adaptation syndrome. One notable astronaut who experienced space sickness is ex-senator Jake Garn, who started showing symptoms even before leaving Earth. By the time he returned, he couldn’t even walk properly.

Garn’s bout of space sickness was so terrible that his name became an informal measurement for the illness. Astronauts can rate their symptoms with phrases like like “one garn,” “two garns,” “three garns,” and so on. While NASA has yet to find a solution for space sickness, it has created an early warning device that lets astronauts know that they’re about to get space sick. 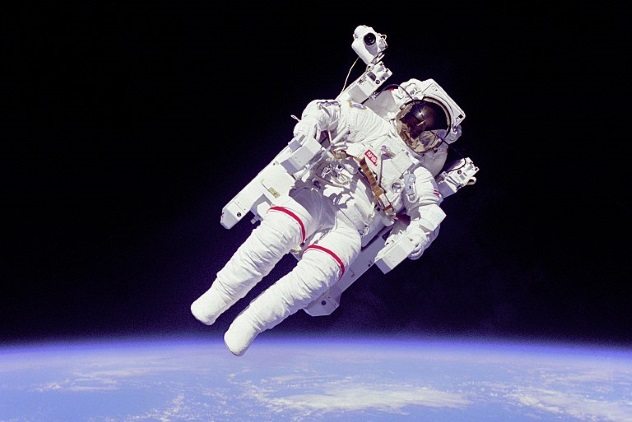 NASA had an oversight in designing the first space suit. Apparently, its scientists forgot that astronauts might need to pee while in their suits. This oversight caused astronaut Alan Shepard, the first American in space, to pee right inside his space suit. This only happened after series of deliberations because NASA scientists feared that the urine might short-circuit the electrical components of the suit.

To prevent similar scenarios during future missions, NASA came up with a condom-like device that astronauts wore while in their space suits. For obvious reasons, this device became a problem by the time women joined the space party in the 1970s, so NASA came up with a urine and fecal management system called the Disposable Absorption Containment Trunk (DACT). DACT was used by both sexes even though it was specifically made for women.

In 1988, NASA replaced DACT with the Maximum Absorbency Garment (MAG), which is basically an adult diaper, except that it has been modified to look like shorts. Each astronaut is given three MAGs for every mission. They wear one when going into space and one when returning and keep the third as an extra.[6] 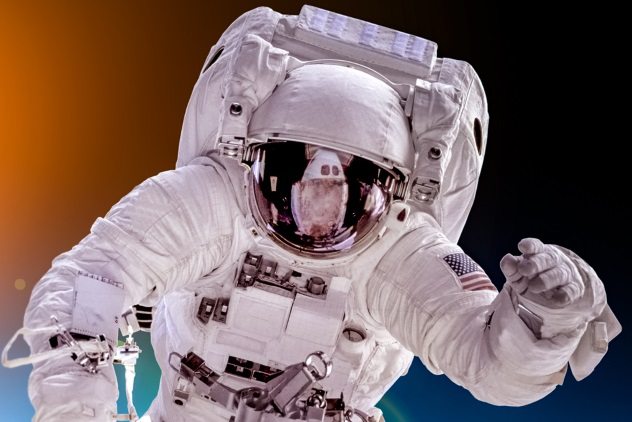 Astronauts are always at risk of contracting genitourinary illnesses while in space. Males are likely to go down with prostatitis, while females are at risk of urinary tract infections. Between 1981 and 1998, 23 of the 508 astronauts NASA sent into space suffered from genitourinary problems. While this statistic proves that genitourinary illnesses only affect a small percentage of astronauts, they aren’t minor issues and could lead to the termination of space missions.

The Soviet Union found this out the hard way in 1985, when cosmonaut Vladimir Vasyutin was forced to return to Earth after spending only two months out of a planned six-month stay at the Salyut-7 space station. Vladimir had suffered severe prostatitis, which caused fever, nausea, and serious pains whenever he urinated.

Marjorie Jenkins, NASA’s medical advisor, clarified that prostatitis could be one of the effects of decreased ejaculation. When men do not ejaculate enough, bacteria can accumulate in the prostate and cause an infection. 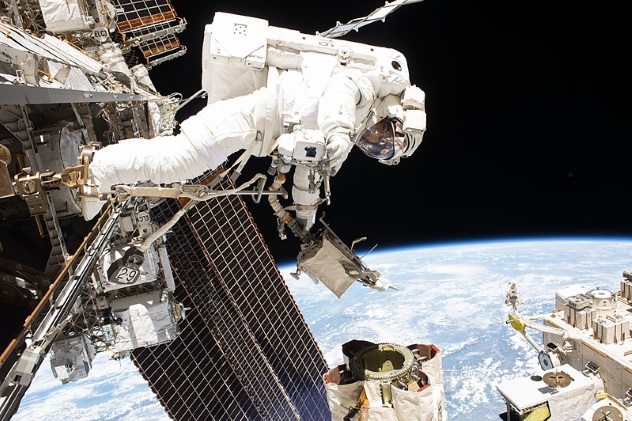 NASA has no sophisticated medical equipment on board its spacecraft or even the ISS. All it has are drugs and basic equipment that qualify as first aid. This means astronauts cannot be treated for anything other than basic ailments. So, what happens when an astronaut becomes severely sick or even requires surgery?

When such happens, NASA demands that the astronaut is sent back to Earth. NASA has an agreement with the Russian Space Agency, Roscosmos, to launch emergency Soyuz rockets to recover sick astronauts from the ISS. Besides the sick astronaut, the rocket would return with two extra astronauts since it requires a three-man crew. Such a trip would cost hundreds of millions of dollars, and a severely ill astronaut might not even survive the journey.

If NASA goes through all this just to recover a sick astronaut from the “nearby” ISS, what happens when it wants to recover an astronaut from Mars? NASA, through one of its subsidiaries, the National Space Biomedical Research Institute (NSBRI) has been funding several agencies to create unique medical equipment that can handle complicated ailments like heart attacks and appendicitis in space.[8]

2 Drugs Are Less Effective In Space 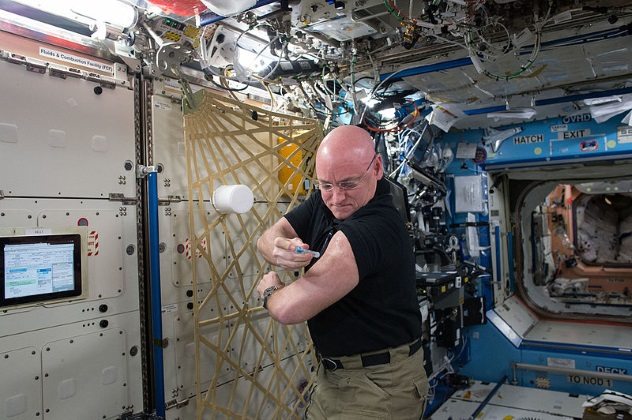 We just mentioned that only medical care immediately available to astronauts in space qualifies as first aid. Even at that, most of the drugs available aren’t as effective as they would be if they were administered here on Earth. During one study, researchers assembled eight first aid kits with 35 different drugs, including sleeping aids and antibiotics. Four of the kits were sent to the International Space Station, while the remaining four were kept in a special chamber at NASA’s Johnson Space Center in Houston.

After 28 months, the drugs sent to the ISS were found to be less effective than those kept at the space center. Six of the drugs were also found to have either liquefied or changed in color compared to only two kept at the space center undergoing those changes. Researchers believe the loss of effectiveness is caused by the excessive vibration and radiation the drugs receive in the outer space. For now, NASA reduces the severity of this problem by replacing the drugs at the ISS every six months. In the future, it plans to improve the packaging and ingredients used in making drugs sent into space.[9]

1 Carbon Dioxide Poisoning Is A Problem 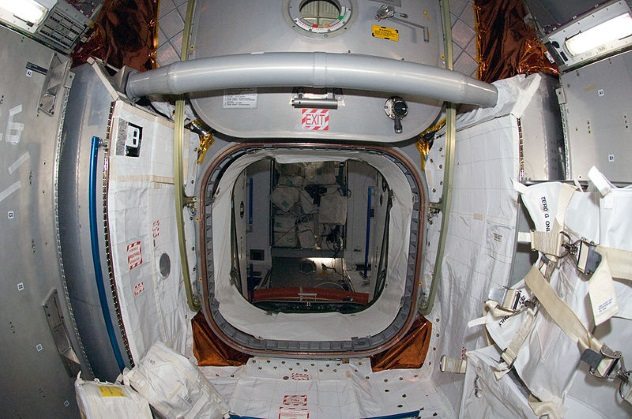 Unlike on Earth, where carbon dioxide leaving the body disperses into the air, CO2 exhaled by astronauts forms a cloud above their heads. The ISS has special fans on board to blow these clouds away from the heads of the astronauts and disperse it around the facility. NASA has also mandated that the concentration of CO2 in the ISS be reduced to 4 mm Hg. However, this is still higher than the recommended 2.5 mm HG. NASA could reduce it to this level, except that it would wear the fans out faster. Hopefully, NASA will find a solution to this problem before we start traveling to Mars.[10]