It’s looking likelier every day that the human race will need to leave mother Earth. Whether that’s some of us or all of us, it’s inevitable that space travel will be an eventual part of our future. If tycoons like Elon Musk of SpaceX and Richard Branson of Virgin Galactic have anything to say about it, we’ll be soaring through space on our next vacation.

But before we go wildly into the big unknown, you should know a little about the effects of space on a human meat sack . . . I mean body. It’s not going to be as simple as hopping a flight to your favorite vacation destination. 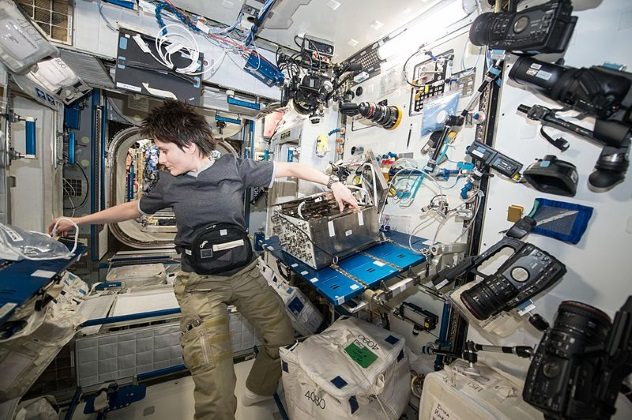 Without Earth’s gravity weighing down the human body, you can get space sickness, also known as space adaptation syndrome. It’s like motion sickness but coupled with headaches, disorientation, intense discomfort, and possibly vomiting and vertigo.[1] About half of everyone who winds up in space gets space sickness, so you won’t be in the minority. It isn’t the lack of gravity but rather the sudden change in gravitational force that’s making you sick. Once you adapt, you’ll be just fine. Well, as fine as you can be hurtling in a rocket through the universe. The good news is it only lasts a few days, so knuckle down and try not to puke in the zero-gravity environment. Space puke is even worse than you’d think.

Oh, but when you get into a space suit, you’re goning to have to wear a transdermal dimenhydrinate anti-nausea patch. Trust me, vomiting in your space suit isn’t just icky and hilarious; it could kill you. Imagine wearing a fishbowl with a vacuum tube crammed up there for air. Now imagine puking in it. You’re going to have vision and breathing problems. That gets a lot worse when you’re plummeting through space in zero gravity. 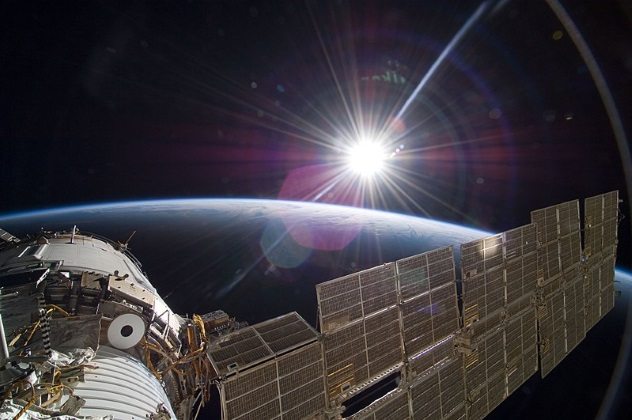 When you think of space travel, you probably don’t give much thought to the aromas your sniffer will be faced with on your long journey to what is hopefully your new planetary home. If you do, then you must have a very specifically scent-based imagination. So what could the great big void possibly smell like? What majesty could so much wonder possibly evoke? Well, apparently, space smells like seared steak, burning metal, and gunpowder.[2] Have you ever heard anything so manly in your life?

Astronaut Don Petite said, “The best description I can come up with is metallic.”

NASA has hired chemist Steven Pierce to recreate the space odor for training purposes. I think the biggest thing we’re missing here is why hasn’t Pierce marketed the smell of space? You could make your entire home smell like Randy Savage’s hope chest. 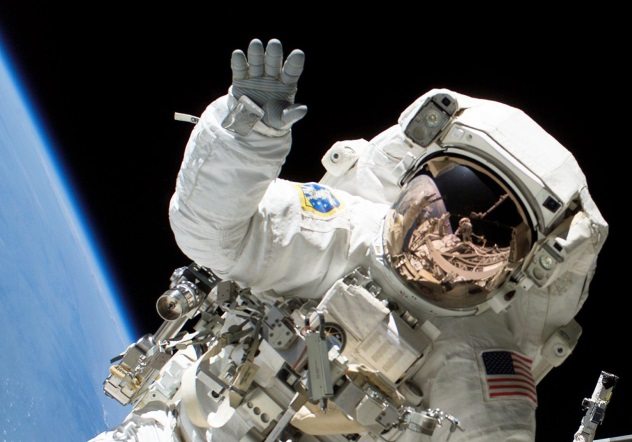 The phenomenon is called fingernail delamination. In a recent study, 22 astronauts reported lost fingernails. So no need to pack your nail clippers, unless you’re a MacGyver type. In that case, you’re going to rip off your own nails before you even get there to save yourself the pain and agony of losing them.

The bulky gloves of your space suit cut off circulation, and the pressure on your fingertips will cause you to lose your fingernails.[3] And yes, some astronauts have taken to ripping off their own fingernails before going on a space walk to avoid the alternative. 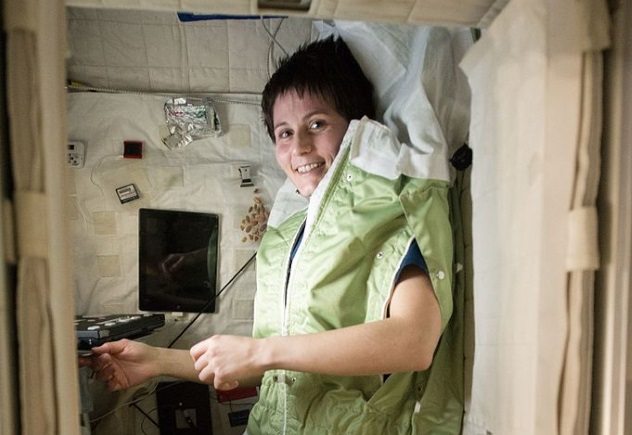 You will stop snoring. Because of the lack of gravity on your respiratory system, there’s a dramatic reduction in sleep-related breathing problems, making you at least 20 percent less annoying to your space roomies.[4] Plus, you’ll really get to enjoy that meaty space smell.

With little gravity to affect your tongue, you won’t experience any blockage that normally causes snoring back on Earth. Let’s call it one of the few positive effects. 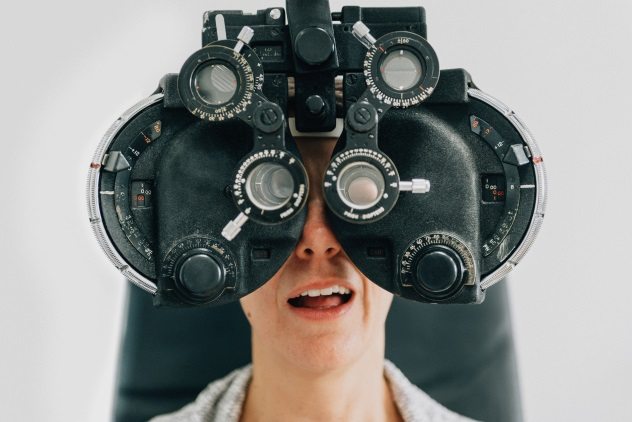 After too much time in space, your vision will start to blur. The backs of your eyeballs flatten a bit, and your retinas change a little, too. It usually doesn’t last, but for some people, it can take years to go back to normal. Out of 300 astronauts that came before you, about 23 percent experienced problems on a short-term flight and about 49 percent on longer flights.[5] If we’re moving to new planets, about half of you are going to have vision problems . . . to go along with the space sickness . . . and radiation.

When you’re weightless in space, the fluid goes to your upper body, and the increased pressure in your head will only slightly crush your optic nerves. Only a little. Not to worry, it’s been an occupational hazard for years. You’ll also experience our nifty friend cosmic ray visual phenomena, which causes the sensation of spontaneous flashes of light. Wow, is space travel starting to sound a lot like being at a rave?

5 Effects On Your Muscles 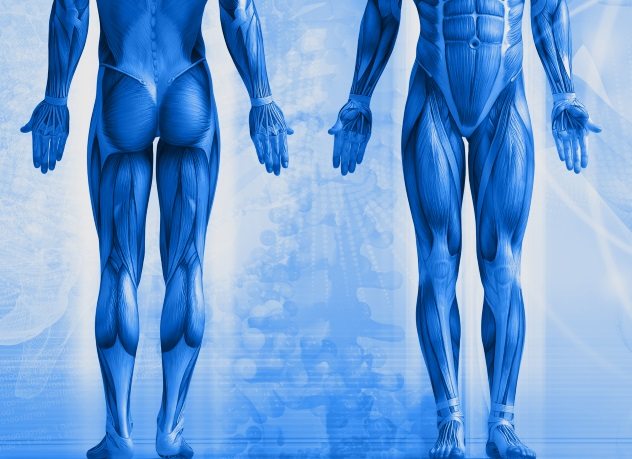 When you’re in space, your main mode of traveling is floating around. Because of all your unwieldy floating shenanigans, your lower body is going to suffer a lot of bone loss, not to mention weakened (sometimes atrophying) muscles. Also, that heart of yours has the potential to decrease in size because it just doesn’t have to work as hard.[6]

It’s just another one of those side effects of a microgravity environment. Turns out all that time you were complaining about not getting enough exercise, you were working your muscles out by exerting force against the gravity of Earth.

4 Prepare To Be Taller 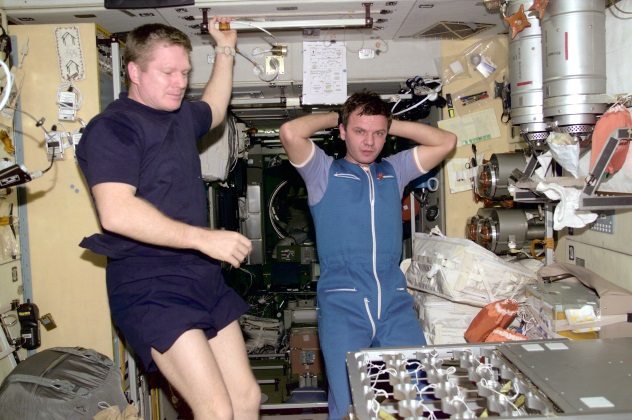 One more thing: Have you ever dreamed of being just a few inches taller? Well, after your space excursion, your vertebrae will spread apart, causing your spine to lengthen. You’re going to look like Joey Ramone when you get back from space. Not to worry, though—once you’re subject to gravity again, your spine will shrink back down to its normal size.

The most you can expect to grow is about three percent of your normal height, and it only takes a few months to go back to normal.[7]

3 Your Unprotected Body In The Vacuum Of Space 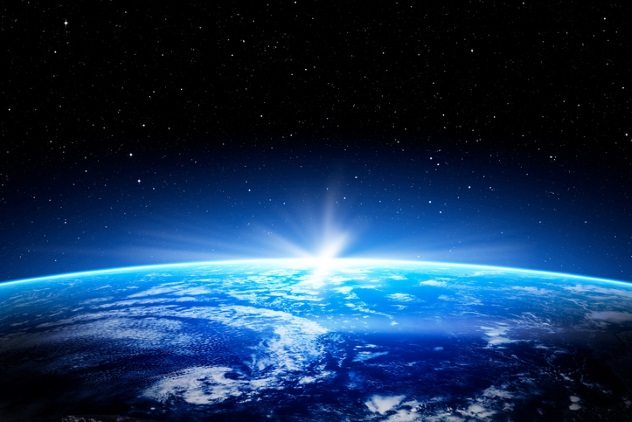 Let’s say that somewhere along your travels, you find yourself floating through space without your space suit and no comforting metal spaceship around you. Well, it takes approximately 15 seconds to use up all the oxygen in your blood. You could maybe survive two minutes before causing permanent damage. That’s if you don’t hold your breath. If you do, the air remaining in your lungs will cause them to expand, rupturing them and putting air into your ever-so-precious circulatory system. If you trip out of the air lock like a bad Syfy original henchman, the first thing you’ll want to do is exhale. It’s counterintuitive, I know, but it’s not like going underwater. Speaking of water, after about ten seconds, the water in your body will start to vaporize due to the lack of pressure.

Other side effects include the saliva on your tongue boiling, sunburn, and decompression sickness. Despite how cold space generally is, you wouldn’t freeze right away. Should you die in space, you won’t decompose in the vacuum, so we could leave you up there or grab you with our batclaw and pull you back in. Really, you have options here. Icicle floating through the universe isn’t so bad a way to go. After a while, you’ll freeze or mummify, depending on the temperature.[8] Either way, you have a very long time up there. 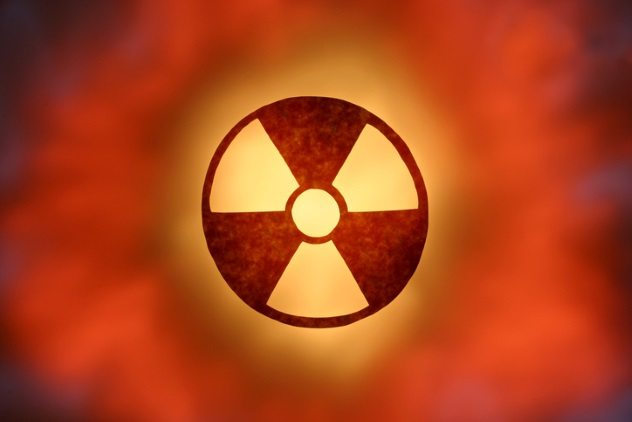 On the International Space Station, people are exposed to ten times more radiation than on Earth. Turns out that the atmosphere we’ve been chipping away at is protecting us from cosmic radiation. Without it, you run the risk of damaging your nervous system, resulting in “altered cognitive function, reduced motor function, and behavioral changes.” Space radiation can also cause radiation sickness, with symptoms including nausea, vomiting, anorexia, and fatigue.[9]

There isn’t any way to completely protect from the radiation of space while you’re out there. The unavoidable exposure can lead to cancer and other diseases. It’s just another one of those hazards of the trip that you’re going to have to accept if you’re leaving this rock. 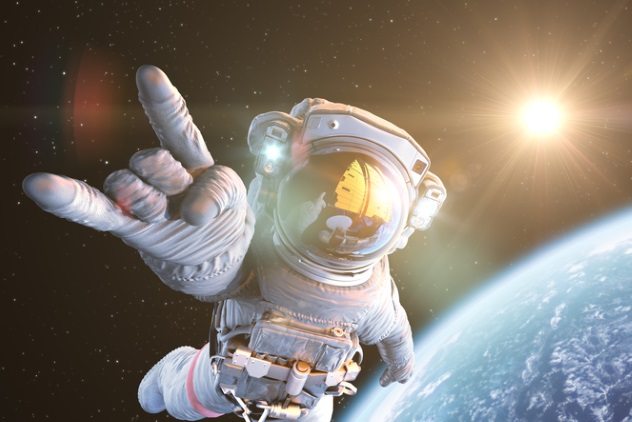 Astronauts have reported eye-opening and life-changing experiences after a trip to space. Charlie Duke said, “I was overwhelmed by the certainty that what I was witnessing was part of the universality of God. [ . . . ] [I] just choked up. Tears came. It was the most deeply moving experience of my life.”

While viewing the Earth from his spaceship, Edgar Mitchell reported feeling an incredible sense of tranquility and euphoria and entering an altered state of consciousness in which he understood the meaning of the universe.

Gene Cerman said, “It was too beautiful to happen by accident. There has to be somebody bigger than you, and bigger than me, and I mean this in a spiritual sense, not a religious sense.”

Rusty Schweikhart felt as though he was “part of everyone and everything sweeping past [him] below.” “This tiny beautiful earth—the planet that keeps us alive, which gives us everything we have, the food we eat, the water we drink, the air we breathe, the beauty of nature. And everything is so perfectly balanced and organized so that we can live. This tiny beautiful planet spinning through space.”[10]

So there you go. Go to space. Smell manly before your body is altered forever and return home a taller, better person.

Sara is a writer and filmmaker based in Los Angeles, CA. You can read more of her work at wordpress.com/underaneonsky.

Read more about what happens to humans in space on 10 Fascinating Facts About Living In Space and 10 Things That Happen To An Exposed Human In Space.