Everyone has the dream at some point. Whether it is accepting the highest acting achievement, performing in front of thousands of fans, or coming up to bat with the bases loaded and two outs in the bottom of the ninth inning, everyone has dreamed of being famous.

Of the roughly seven billion people on the planet, however, only a fraction of a percentage will make the fantasy a reality. Most celebrities are hardworking, competitive, and downright lucky. They possess skill through practice and genetics and are better than most at their craft. This list is not about those people. Instead, we’ll discuss the individuals who achieved stardom by being incredibly average. 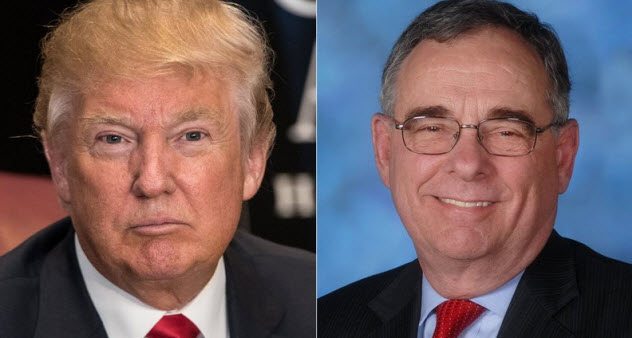 What could be more ordinary than sharing the name you were given at birth with a celebrity? It takes no effort aside from being born. Many celebrities will change their names to make them more catchy or memorable. But every so often, you get a celebrity with a fairly common name and it affects the people who share that name.[1]

For instance, Taylor Swift is a world-renowned pop star who seems to get more famous each day. But Taylor Swift is also a male photographer from Seattle who has the email address [email protected] He’s received thousands of emails from fans (including nude photos from some superfans) who think they are contacting the pop star.

He is not alone. Whether their names are Taylor Swift, Matthew Broderick, or Donald Trump, they all request that you refrain from making witty, original comments about their names because those remarks are not as witty or original as you think. 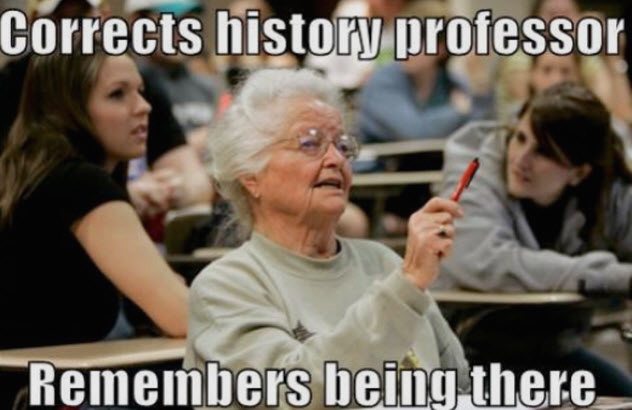 To err is human. So it is only natural that one of the most ordinary ways to become famous is by accident.

The Internet has paved the way for people to reach stardom via viral media. Some are good—like “ridiculously photogenic guy”—and others are bad—like “sheltering suburban mom.”[2] Either way, the message from most of these living memes is to take it all in stride. It is not you but the image of you that the jokes are about. Oh, and turn off your notifications on social media. 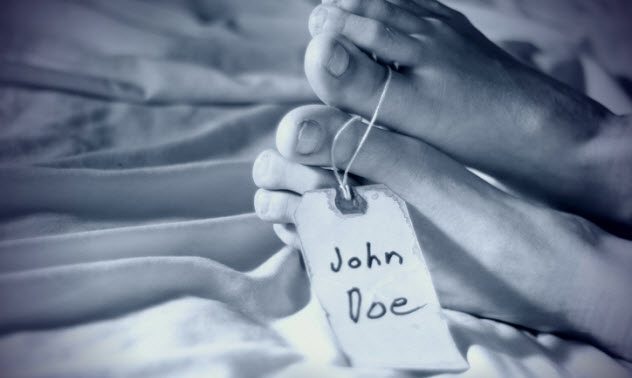 While not an actual person but a collective name for an unidentified or unnamed person, John or Jane Doe is a famous symbol for a typical person. Originally developed as a legal loophole for landowners wishing to evict tenants or squatters without having to slog through the legal process, the first recorded use of the placeholder name is thought to have occurred in the 13th century.[3]

Commonly, legal cases featured John Doe as the plaintiff and Richard Roe as the defendant. No one truly knows the origin of the names. But it is interesting that a doe is a female deer and a roe is a species of deer common to Britain. Nevertheless, the current representation of John Doe is a body whose identity is not confirmed and people in the legal process who wish to not be named (Roe v. Wade). 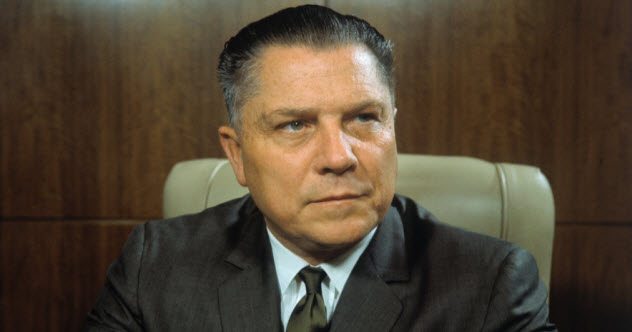 Maybe one of the biggest ongoing mysteries in US history is the whereabouts of Jimmy Hoffa. A former president of the International Brotherhood of Teamsters from 1958 until 1971, Hoffa was known for shady tactics and connections with the mob.

In 1975, Hoffa suddenly disappeared after an alleged meeting with two Mafia bosses. Evidence has been hard to come by in this case, and some law enforcement officers even tried hypnotizing suspects and witnesses to determine the whereabouts of Hoffa.

Perhaps due to the success of the Godfather series that came out during this time, the case of Jimmy Hoffa gained lots of attention. SNL and various comedians caught on as well, using Jimmy Hoffa as a joke to describe something missing or difficult to find.[4]

Multiple urban legends explaining his whereabouts exist. Time and again, people surface to claim that they know the location of Hoffa. This shows that there may be no simpler way to become famous than by just disappearing. 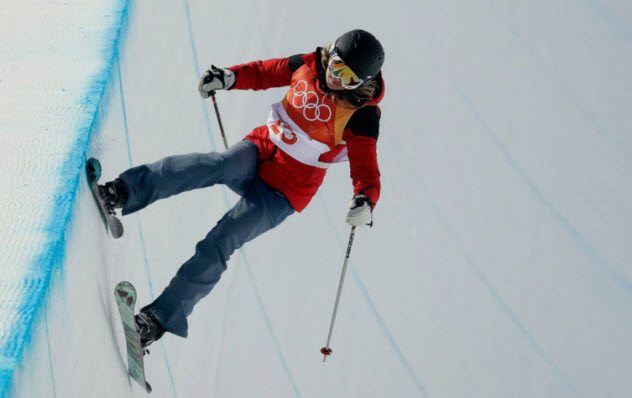 The Olympics are known for displaying the best of the best. Average was not in the lexicon of these events . . . until the 2018 Winter Olympics. Elizabeth Swaney surprised everyone watching the women’s half-pipe skiing with her shockingly average performance.

Many people, including the announcers, were having difficulty understanding how someone could have made it into the Olympics with such a mediocre performance. The answer: Swaney took advantage of the system.[5]

Knowing she could not compete with the US team, she eventually decided to ski for Hungary (the birthplace of her grandparents) to give her the best chance. All she had to do was participate and not crash in any races to gather enough points to qualify.

After a few years, Swaney accomplished the average person’s dream as described by CBS Sports’ Pete Blackburn: “Scamming the system to achieve your life goals while doing the absolute bare minimum to get there.” Of course, the Olympic Committee is already looking into how to close this loophole. 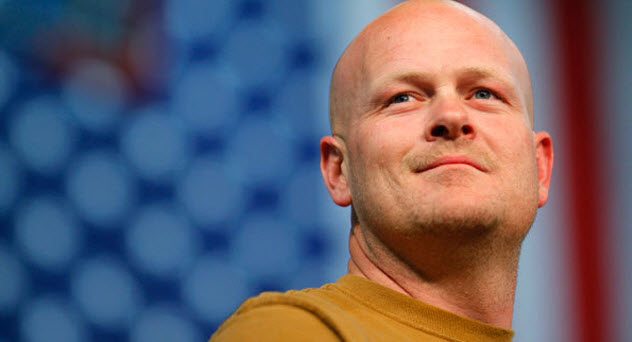 Joe Wurzelbacher (aka “Joe the Plumber”) rose to fame during the 2008 US presidential election campaign. After Joe asked Barack Obama about his new tax plan, Senator John McCain began to push Joe as the average hardworking American that Obama was going to hurt with his socialist policies.

Joe became the symbol for conservatives. During the campaign, however, it was discovered that Joe actually worked as a plumber without a license. Joe was not a fan of the newfound publicity in his life. After the campaign, he got a union job with Chrysler Group LLC.[6]

He and John McCain are no longer friends, and Joe has been quoted as saying, “McCain was trying to use me. [ . . . ] It was a ploy.” It is tough to be more average than becoming famous as the symbol for the average person.

Most people love to sing—whether it is to themselves or in front of others. It is one of the reasons that karaoke is so popular. However, most people do not have the pipes to become a professional singer. That didn’t stop William Hung.

His rendition of Ricky Martin’s “She Bangs” during his audition for American Idol captivated the audience even if Judge Simon Cowell didn’t appreciate him. “I already gave my best, and I have no regrets at all,” Hung responded when Cowell told Hung that he couldn’t sing or dance. The other judges applauded Hung’s comments, and to everyone’s surprise, he became a superstar.

Many people were dismayed by his popularity. They said that Hung was only famous because people were making fun of him and the Asian stereotype they thought he was portraying. Hung has stated that he enjoyed the attention and felt that he was not being laughed at in a bad way.[7]

Currently, Hung is a statistical analyst for the LA County Sheriff’s Department. Although he’s no longer performing, he looks back fondly on the days when he became famous despite his critics’ harsh comments. 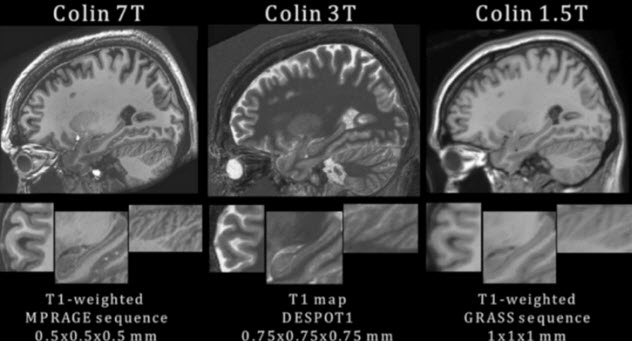 Colin Holmes is not famous, but his brain is. When he was a 28-year-old graduate student, Colin remained motionless for 27 10-minute MRI scans to create a high-quality composite image of his brain. This was done when MRI scans were not as readily accessible as they are now. Thus, this image (called “Colin 27” or “Average Colin”) was extremely valuable for studying the brain.[8]

Since then, Colin’s brain has appeared all over the world in over 800 research articles and academic papers. Although his brain is famous, most scientists don’t know who Colin is. He doesn’t receive any royalties for the image of his brain, either. But that’s okay. He is simply happy that his efforts have benefited the scientific world.

When Colin was 52, he had another MRI scan of his brain for comparison. Afterward, he breathed a sigh of relief, stating, “I think I’ve got some time left.” So the next time you come across an image of a brain, check to see if it’s Colin’s! 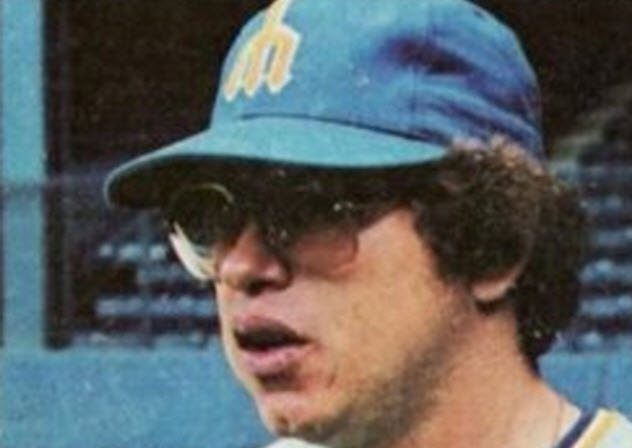 You may have heard the term “Mendoza Line” when watching baseball or listening to someone talk about the performance of an athlete. Many athletes (especially baseball players) are described as being above or below the Mendoza Line, which indicates what caliber of player they are.

The term is named after former Seattle Mariners’ shortstop Mario Mendoza. Teammates are credited with inventing the expression, which started as a joke among them. It caught fire when baseball player George Brett made a comment to reporters about checking the paper to see if any players were below the “Mendoza Line.”

Mario Mendoza’s career batting average sat neatly at .200. Anybody at or near this “Mendoza Line” is thought to be performing at a mediocre rate. The expression has become so popular that it is now part of the mainstream lexicon. Mario Mendoza’s batting legacy has entered the halls of history as a statistic for measuring mediocrity.[9] 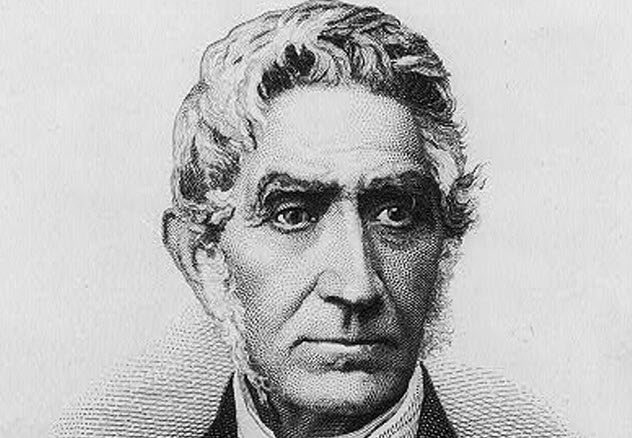 It would be difficult to identify what is average about any of the people on this list without determining what “average” actually means. Adolphe Quetelet was the first and foremost person to scientifically apply the idea of “average” to humans.

Originally an astronomer, Quetelet applied his knowledge to studying people after his observatory had been overtaken by rebel troops during the Belgian Revolution in the early 19th century. He wished to find organized rules and models for human behavior in much the way that Isaac Newton discovered laws of the physical world.

Quetelet gathered data on the measurements of humans which had been recorded by governments throughout Europe. By applying the astronomical principle of the average, Quetelet calculated the average of multiple measurements from height to age when married. Then he used this data to construct the idea of what we now consider the average human.[10]

For example, Quetelet used the average height and weight of people to develop the body mass index (BMI) that we still use today. However, being average to Quetelet meant something very different than how we think of average today.

In his astronomical and mathematical training, the average was the closest that one could ever hope to get to the true value. Therefore, being average in terms of his human calculations meant that you were as close to perfect as possible. So, enjoy being average because someone thinks you are perfect!

George Wilson currently lives in Central Florida and has an orange tree he likes to sit near and think about the typical things in life that people take for granted. He is getting ready to be a father with the love of his life and has two cats that are very spoiled.