Today more than ever, we are hammered by information overload. The more facts thrown at us, the fewer we process and remember. Wouldn’t you love to find a way to cut through the clutter to get to the really good stuff?

We believe that Listverse does that for you at least three times a day. But even here, it’s possible to miss some simple facts that are just so cool that when we think about them a little deeper, the magnitude of the information really hits us, leaving us bewildered and astounded.

Without any further ado, here are 10 crazy facts that will wow you.

10 You Were Once The Youngest Person In Existence 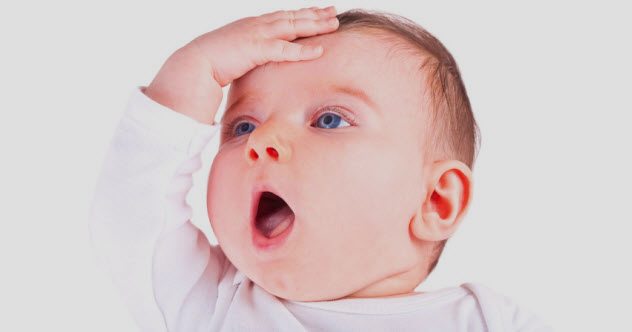 We expect two main responses to this fact. The first will be along the lines of: “Oh wow, that’s actually really cool when you think about it.” The second: “Yes, isn’t that blatantly obvious?” For those who fall into the second category, a closer analysis of this fact may change your perspective.

When you were born, you were the being with the absolute least experience on Earth—even if it was only for a few seconds. Out of an entire species of over seven billion currently living beings (or however many there were when you were born), we were all once the youngest to ever exist.

Furthermore, this phenomenon is guaranteed to happen to everyone who has been born. All your ancestors, all presidents, all religious leaders—everyone has experienced this. It stems from one of the only two guarantees we have in this world—that we were born and that we will die. In a species that seems to constantly analyze, argue about, and celebrate our differences, we have finally recognized some truly common ground.

If you go deeper, there’s an even more interesting twist on this fact: When the oldest living person was born, a completely different set of people lived on Earth. None of the rest of us were here yet.[1] 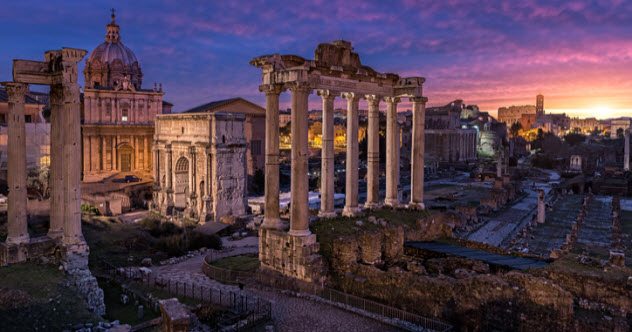 Most people have trouble comprehending the vastness of time and consider these two empires to be parallel in terms of age. But this is far from the truth. The Roman Empire began in 27 BC. The time difference between AD 2017 (the last full year as of this writing) and 27 BC is 2,043 years. (There is no year zero.)[2]

On the other hand, the Egyptian Empire started in 3100 BC. The difference between 3100 BC and 27 BC is 3,073 years! It is truly astonishing to think that we are over a millennium closer to the Roman Empire than the Romans were to the first Egyptian dynasty.

The Roman Empire compared to present times seems ridiculously far back in history to most people. Realizing that the Romans likely saw the Egyptian Empire as even more exorbitantly old than we see the Romans is astonishing!

8 Only 5 Percent Of The World Ocean Has Been Explored 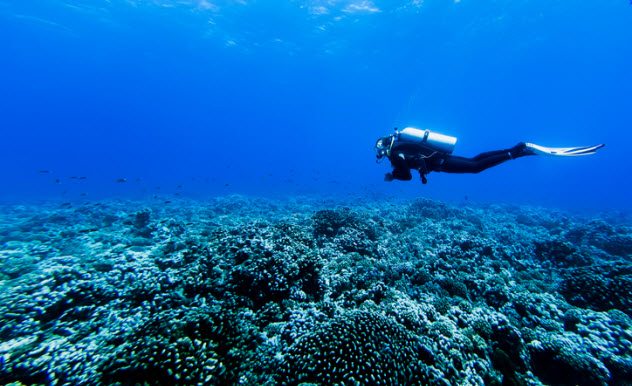 For 2018, the US National Oceanic and Atmospheric Administration (NOAA) has requested from Congress funding for a budget of over $4 billion. This federal agency has had similar budgets in the past. The NOAA is just one of many government-subsidized and privately funded ocean research institutions with exorbitant budgets.

However, even with all this research money, our knowledge of the universe, and our advanced traveling/diving capabilities, 95 percent of the World Ocean has never been observed by human eyes!

The ocean makes up approximately 71 percent of our world. Yet we have only seen 5 percent of it since the start of marine research so many decades ago. We have even sent robots and a few people down to some of the deepest points of the ocean. Therefore, we have the capability to descend to extremely low depths where the water pressure would crumble a human skeleton like a cookie.[3]

However, some theories suggest that points even deeper than the Mariana Trench exist in the global ocean. While we have accomplished a great deal since we have been on this Earth, this ocean fact proves that there is far more knowledge waiting to be discovered.

7 Multiple Indigenous Tribes Have Had No Contact With Modern Society 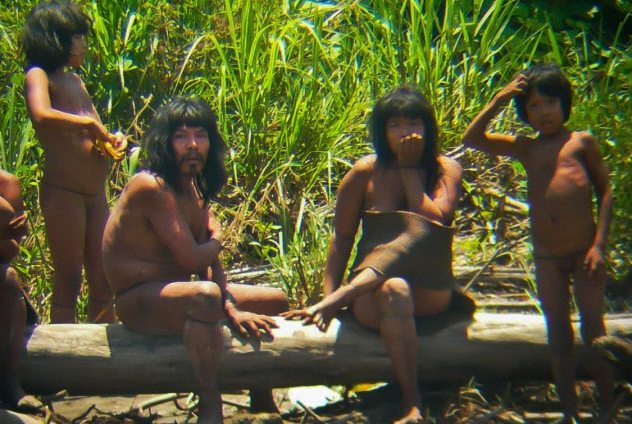 A multitude of indigenous tribes around the world choose to live like nomads, just as their ancestors did. However, the vast majority of these groups still have contact with the outside world to gain money through tourism and trade and to buy more advanced tools and other modern items that make their lives easier.

Even so, over 100 indigenous tribes are completely cut off from modern civilization! There are about 15 isolated tribes in Peru, approximately 77 in Brazil, a few in other Amazonian countries, a few dozen in the Indonesian part of New Guinea, and two more tribes off the coast of India. There may be a few in Malaysia and Central Africa as well.

In Peru, laws prohibit citizens of regular society from contacting the indigenous peoples to preserve the safety of both groups as well as respect the wishes and traditions of the tribes. With modern communication so vast, efficient, and quick, it is truly incredible that so many tribes never communicate with anyone other than their own people.[4]

6 Evidence Exists Of Other Life-Sustaining Exoplanets 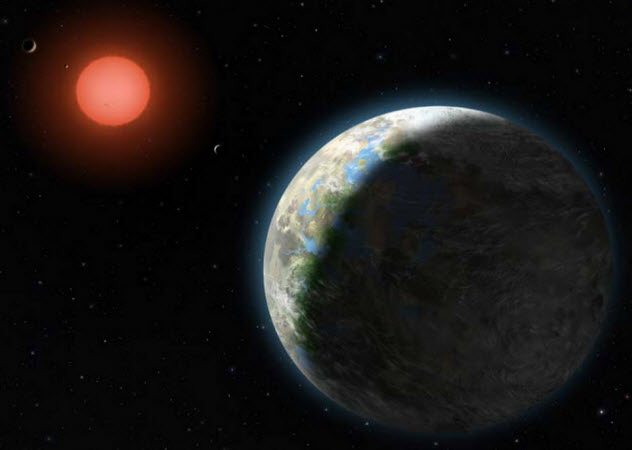 The exoplanet Gliese 581g is 20 light-years away from Earth. This is the first planet or exoplanet besides Earth that has been discovered to have the right conditions to sustain life.

“Personally, given the ubiquity and propensity of life to flourish wherever it can, I would say that the chances for life on this planet are 100 percent. I have almost no doubt about it,” said Steven Vogt, professor of astronomy and astrophysics at the University of California, Santa Cruz.

The planet orbits in the center of its star’s habitable zone, in which temperatures are perfect to sustain many different types of life. Astronomer Paul Butler of the Carnegie Institution confirmed that this “Goldilocks” exoplanet is exactly the correct size and distance from its star to contain liquid water on the planet surface.[5]

This shows us that we really are microscopic dots in the vast ocean that is space.

5 Every Decision You Make Creates An Alternate Universe 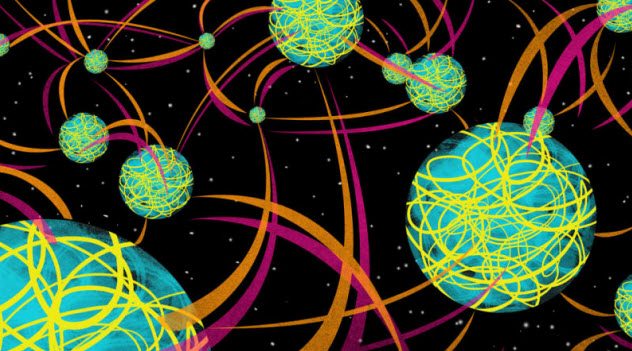 This theory has unprecedented implications. (Yes, we know it’s a theory, but we included it because it’s so cool to contemplate.)

First, there are an unlimited number of parallel universes to account for every possible action! This theory also evokes vast philosophical thought. How are these universes different from ours? Were normal people’s minuscule decisions detrimental to the direction of the whole universe? For example, did someone stepping on a bug indirectly stop World War III from occurring?

After thinking about this too long, you can start to get a bit light-headed. Yes, there could be an alternate universe where your wife married someone else and was happy about it. The magnitude of this theory truly makes us let out an astonished “wow.” This theory suggests that every decision really does count. 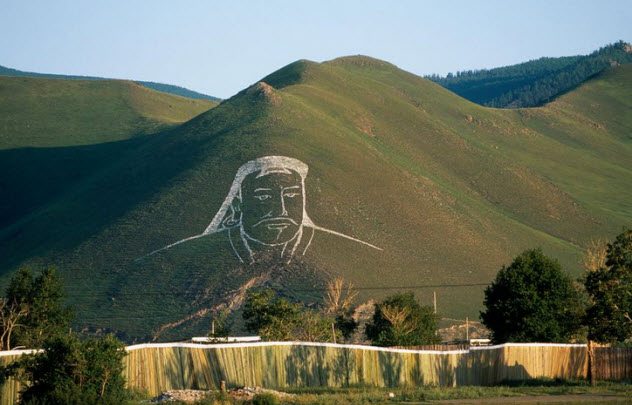 When we say that approximately 1 in 200 men are direct descendants of Genghis Khan (circa 1162–1227), we are talking about men who carry the same Y chromosome as a lineage that started in Mongolia approximately 1,000 years ago (probably with his great-great-grandfather). Although we can’t confirm an exact number, estimates vary from about 16–19 million men on Earth who are direct descendants of the infamous Mongol ruler.

Scientists traced the relevant genetic markers to a point of origin to make this assessment. Of course, they can’t be 100 percent certain unless someone finds the grave of Genghis Khan and extracts his DNA.[7]

However, it makes sense that Genghis Khan would have this many modern descendants. He usually raped many women in an area he had just conquered. (His army did the same.) It is quite surprising to think that a single ambitious ruler with a thirst for power is responsible for the lives of at least 16 million men today, even though that wasn’t part of his goals or aspirations when he was alive (as far as we know).

3 Humans Have Only Been Around For 0.004 Percent Of Earth’s Existence 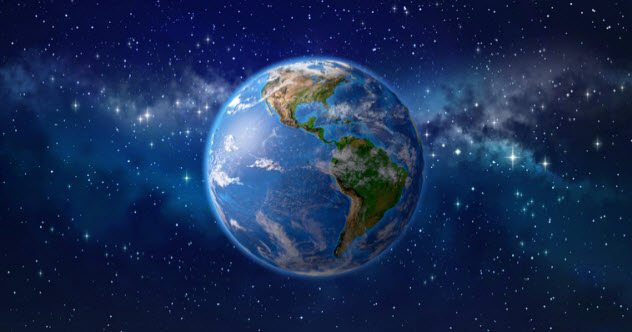 Humans have existed on Earth for about 200,000 years. The Earth is 4.54 billion years old. Bottom line, humans have been around for about 0.004 percent of Earth’s existence.[8]

This is an extraordinary fact to process. Yes, it makes sense, but it is still truly incredible. We have not even been around for the better part of 1 percent of Earth’s existence, yet our history as a species seems so vast to us presently. Furthermore, the majority of humanity’s progress has been accomplished in an even smaller time frame—around 10,000 years!

2 If The Asteroid Had Hit Earth In A Different Location, Dinosaurs Might Still Be Here Today 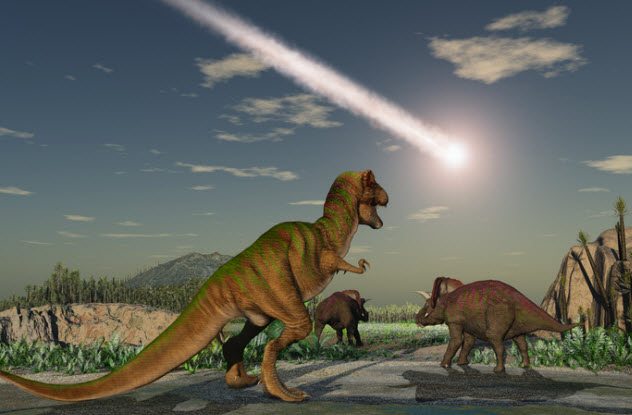 According to the BBC documentary The Day The Dinosaurs Died, the location of the asteroid strike is what made the impact fatal to most life on Earth at the time. The asteroid hit the shallow waters around the Yucatan Peninsula, which generated a massive cloud of sulfur due to the underlying gypsum deposits.

This cloud led to the global winter that killed off three-quarters of the life on Earth at the time, including the dinosaurs.

“An impact in the nearby Atlantic or Pacific Oceans would have meant much less vaporized rock—including the deadly gypsum. The cloud would have been less dense, and sunlight could still have reached the planet’s surface, meaning what happened next might have been avoided,” explained documentary co-presenter Ben Garrod.[9]

If there had been a slight change in the trajectory of the asteroid, Jurassic Park could have been real. 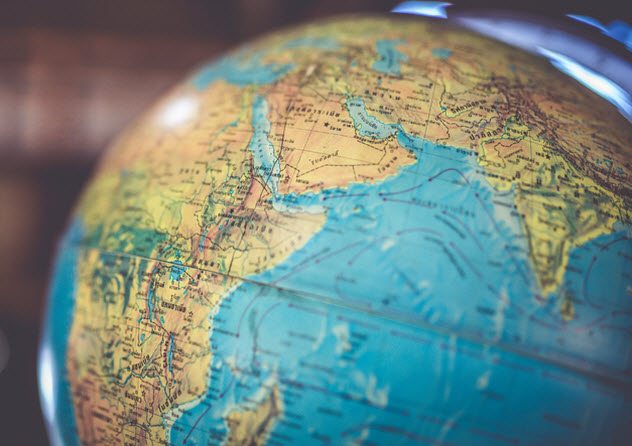 Even though land makes up less than 30 percent of our Earth and transportation has never been so efficient, there are still landmasses and land regions that have not been explored by humans in modern society.

The most famous is Vale do Javari, Brazil. It contains 14 of the Amazon’s uncontacted tribes with an estimated 2,000 people. The inhabitants’ nomadic lifestyle is protected by governmental regulation.

Another famous unexplored region is the Star Mountains in Papua New Guinea. This isolated sector in the western area of the country is where the Hindenburg Wall is located. The Hindenburg Wall is a network of limestone plateaus which are over 1.6 kilometers (1 mi) high. The 48-kilometer-long (30 mi) wall contains almost untouched ecosystems. A survey of the region found 1,109 animal and plant species, almost 100 of which were previously undiscovered.[10]

This is absolutely astonishing considering that the world seems so small now because of technological progress. We still have so much more to discover about our world, which is vaster than most of us realize.

I adore the craft of writing and entertaining an audience.