Giant trees, glowing mushrooms, flowers that look like birds, and plants that are half animal—surely these things only belong in a movie? Think again!

Although you probably don’t know anyone who is 3 meters (10 ft) tall and blue yet, Pandora is not worlds apart from our Earth after all. In fact, many discoveries that scientists make in the movie Avatar have already been found on our doorstep. Here are 10 examples of the growing evidence. 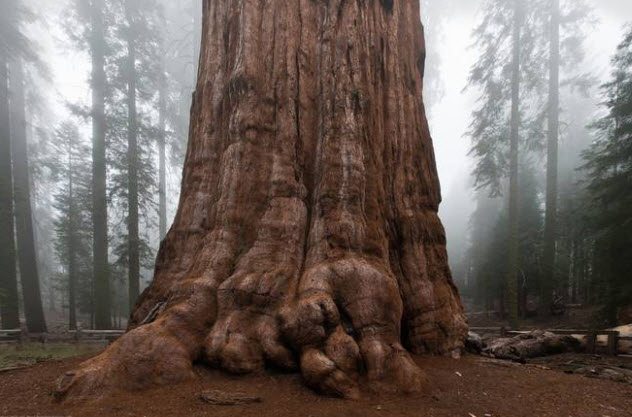 If you imagine the biggest tree you’ve ever seen and then multiply that by 10, you might be getting close to how massive a giant sequoia is. These trees only grow naturally in the Sierra Nevada mountain range in California, and they are a species of the cypress family.

The tallest known tree in the world is a coast redwood called Hyperion. At a verified height of at least 115.5 meters (379.1 ft), it is approximately as high as a 38-story building. (Of course, estimates vary as to how high a story is, but this should give you a way to visualize the height.)

In terms of volume, a giant sequoia named General Sherman takes the prize.[1] In fact, it is believed to be the largest known living thing on Earth. For people who like to be more precise, it’s safe to say that General Sherman is the largest-known living single-stem tree at 1,487 cubic meters (52,508 ft3) in bole (trunk) volume.

This massive tree weighs 1.2 million kilograms (2.7 million lb) and has a circumference of 31 meters (102 ft) at ground level. While that’s not quite as huge as a Pandoran Hometree, it’s still colossal.

Giant sequoias don’t seem to die of natural causes and have been found to be over 3,000 years old in some cases. This might be due to the fact that they have fireproof bark, which can be up to 0.9 meters (3 ft) thick. You could say that the motto of these trees is “just keep growing!” 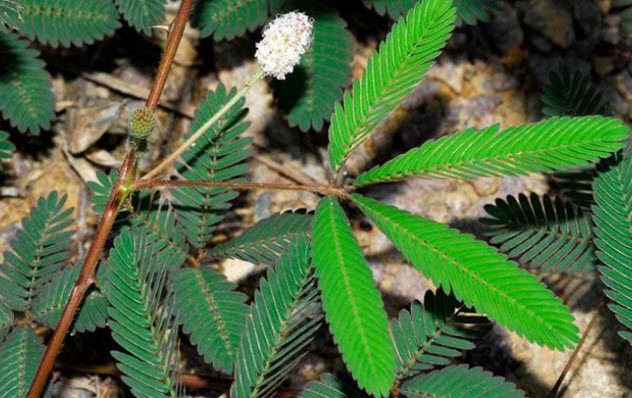 A plant that closes its leaves when you touch it sounds like it would belong in the Avatar fantasy world, but the plants of Pandora appear to be responding to magnetic fields rather than creatures in their environment. Back on Earth, however, Mimosa pudica is a close equivalent.

Native to the tropics, Mimosa pudica is actually considered an invasive weed. When air moves around the plant or something contacts the leaves, they fold up on themselves, giving the plant its name. Pudica is a Latin word for “shy,” “bashful,” or “shrinking away.”

In response to the interaction, the plant releases chemicals that send signals to shift water out of the plant’s cells. This makes them “deflate,” and the leaves collapse inward.[2]

The plant has other tricks up its sleeve. In some countries, it is used as medicine—from a painkiller to a remedy for insomnia to a salve for snake bites. 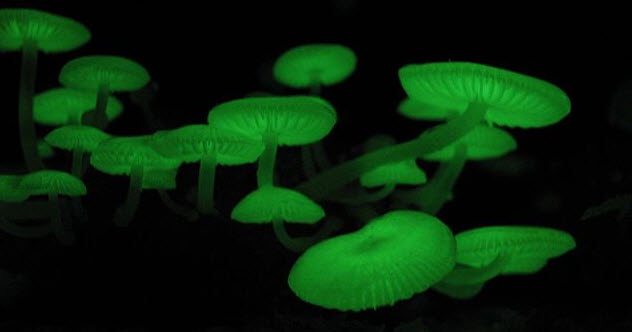 While our forests don’t yet have the mythical bioluminescence of those in Avatar, there are many types of fungi that glow in the dark. One of the most spectacular has to be Mycena chlorophos, a Japanese mushroom that exudes a neon green glow as soon as the lights go out.

They do this using the same mechanism by which deep-sea creatures, such as anglerfish, create their own light show. The plant contains a chemical compound called luciferin. This reacts with oxygen and an enzyme called luciferase to produce a colored light a bit like a glow stick.[3]

7 The Algae That Makes The Ocean Glitter 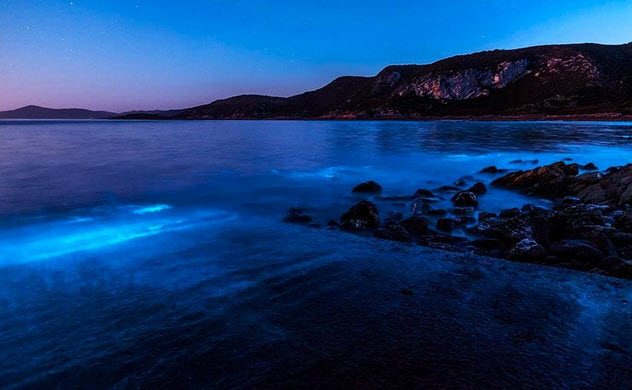 Another incredible glow-in-the-dark plant lives in a surprising place—the ocean! A type of algae called Noctiluca scintillans (aka “sea sparkle”) makes for incredible photos of a glittering shore in the Caribbean island of Puerto Rico.

These life-forms are so tiny that thousands of them can be contained in just one drop of water.[4] They respond to movement, such as the crash of waves or the paddle of a kayak, and create an effervescent blue glow in the wake of the motion. Some researchers believe that Noctiluca scintillans use their glow to frighten predators or to signal larger predators to eat the predators of Noctiluca scintillans.

Fish tend to stay away from these glowing areas. Some scientists believe that the ammonia produced by Noctiluca scintillans physically irritates the fish, although it doesn’t seem to be toxic. 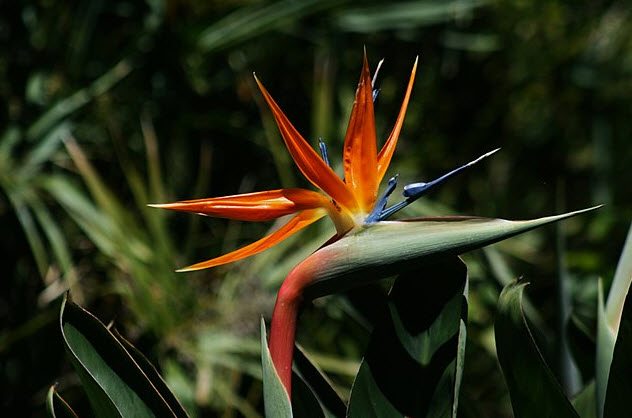 The scientific name Strelitzia reginae doesn’t really do justice to this spectacular flower. Its common name, bird of paradise, is far more descriptive. After these plants grow up to 1.5 meters (5 ft) tall in 3–5 years, their flowers bloom and look like colorful birds. They wouldn’t seem out of place in Pandora.

For now, the bird of paradise is just the official flower of Los Angeles, California, although it originates in South Africa.[5] These plants have even been used medicinally to treat allergy symptoms. However, it’s best not to try this at home without consulting a physician first.

Surprisingly, these plants are quite easy to grow, even in countries with cooler temperatures. So if you have a garden, why not have a go at growing a nestful of Strelitzias? 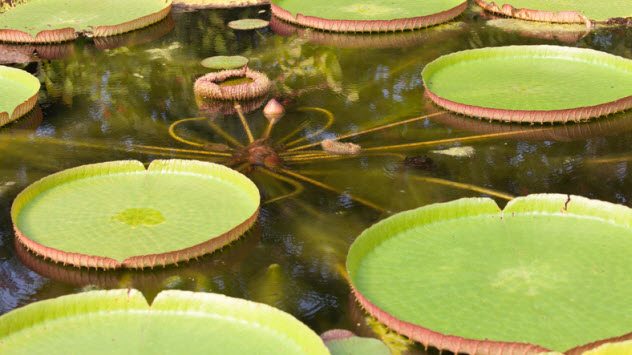 You might have seen a few photos of a baby sitting on an enormous lily pad and assumed that it was just another demonstration of the miracles of Photoshop. But in fact, it’s a marvel of the Amazon rain forest.

There really are giant lily pads, and small people can indeed sit on them. With floating leaves up to 2.5 meters (8.2 ft) across and a single plant bearing up to 50 leaves, Victoria amazonica can easily take over large ponds and lakes all by itself.

The flowers last for only two days and are larger than an average water lily but not to the same scale as the leaves.[6] Now we just need some giant frogs to sit on them.

4 The Grass That Grows While You Wait 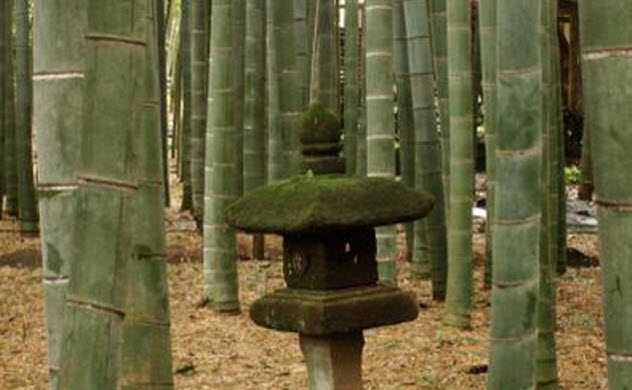 If you do any gardening, it probably seems as though the weeds and brambles are creeping out again before your very eyes. Although that’s probably green-thumbed paranoia, some plants in the world do grow rapidly.

If you sit and watch the bamboo for an hour, you will see it grow about 4.1 centimeters (1.6 in) taller. If you are standing the same height as a bamboo stem one afternoon, it will be over 100 centimeters (3’3″) taller than you by the next afternoon. That seems fairly out of this world.

3 The Tree That Fights Back

If the name Gympie-Gympie stinging tree isn’t enough to make you run away, you might reconsider when you hear what it does. Found in Australia, this shrub looks totally innocuous, but every part of it is covered in fuzzy hairs that are capable of delivering a vicious sting. The hairs contain chemicals that are released as soon as the hair is broken, which can happen just by brushing past the plant.

Once the hairs are embedded in the skin, the chemicals cause a hot, tingling, burning sensation, often compared to being scalded with acid. The pain can last for months and has been said to drive people to insanity and self-destruction.

Even brief contact with this dangerous plant can cause severe allergic reactions and anaphylaxis. Definitely one plant you want to avoid.[8] 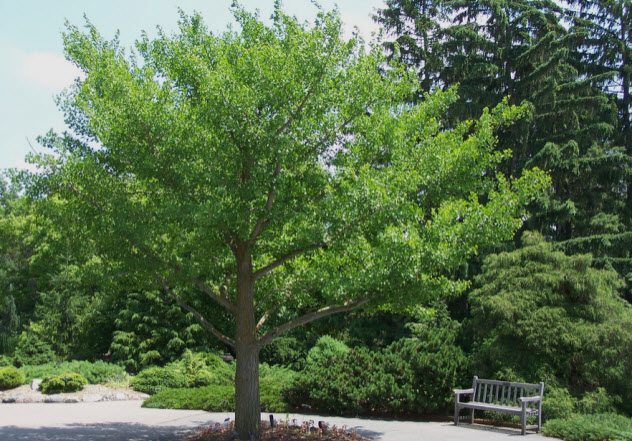 Most people have heard of the Gingko biloba. Popular as the source of a medicinal supplement, this unique species of tree was likely around when the dinosaurs lived.

The most wondrous story about the Gingko biloba, however, starts unexpectedly with the Hiroshima bomb. The Shukkeien Garden in Japan, which was approximately 1,370 meters (4,500 ft) from the atomic blast, had a ginkgo tree. After almost everything in the area was entirely destroyed, the ginkgo tree grew new branches and thrived once again.

To this day, no one really knows how this was possible, but it shows that gingko trees have fantastic abilities to rise from the ashes. Since then, seeds have been collected from the survivor trees and distributed around the world.[9] As these second-generation nuclear trees grow, they are symbols of hope to all those affected by the shocking events of 1945.

1 The Plant That Is Also An Animal 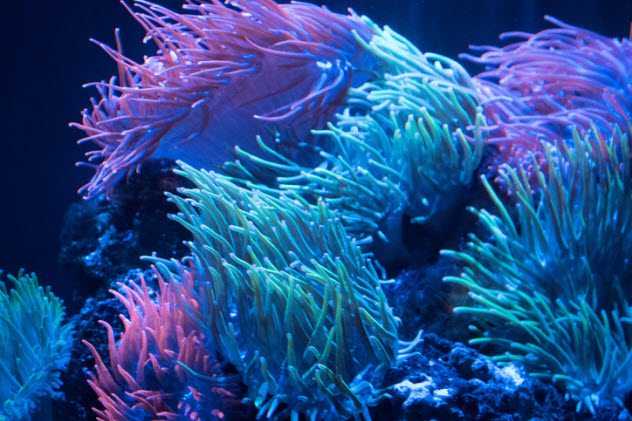 The scientists exploring Pandora found what they called “zooplantae,” meaning plants that appeared to have both plant and animal characteristics. This might seem far-fetched, but our planet is already home to some species that meet those criteria. Sea anemones, for example.

You might already know about DNA, but RNA molecules also contribute to making living things the way they are. More recently, microRNAs were discovered. Strangely, researchers found both plant microRNAs and animal microRNAs (with gene interactions similar in complexity to those found in humans) in sea anemones.[10] Genetically, sea anemones are half plant and half animal.

So sentience as we understand it might be even more complex than we could have ever believed. Perhaps Avatar isn’t so crazy after all.

My philosophy is live, learn, inspire, and never stop. There is so much to discover in life. Curiosity can take you to incredible places.

In case you still think you can trust plants, check out how they are plotting to kill you on 10 Plants That Want To Kill You and 10 Weird And Truly Terrifying Plants.