As men get older, they can sometimes have trouble, well . . . getting it up. The little blue pill known as Viagra actually came about due to an accident during a medical trial for a new heart medication. When Pfizer found out their drug would get men erect, they decided to slap a new label on it for a different purpose than it was originally intended. Viagra is considered to be a godsend for men with erectile dysfunction, but of course, all good things come at a price.

According to WebMD, Viagra was linked to at least 522 deaths the first year it was on the market, yet men still continue to use the drug.[1] They would rather choose the health risks than a life without sex. Sometimes, however, the risks that go along with taking Viagra use are arguably far worse than death. 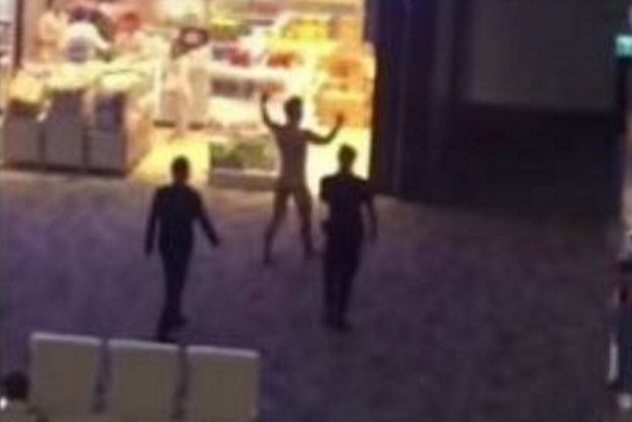 In January 2018, a 27-year old American man named Steve Cho was sitting in Phuket International Airport in Thailand as he waited to board a plane that would take him to South Korea. Maybe he had plans to join the mile-high club when he got on board, because he started taking multiple Viagra pills while he sat in the waiting area. A young man taking Viagra is almost never a good idea. At the very least, it usually results in an erection that will not go down for hours on end.

But these pills didn’t just get Cho aroused. He started to lose his mind. He stripped off his clothes and got completely naked. At some point, he started defecating. When security guards tried to restrain him, he threw his poop at them. He was acting so crazy that it took six men to hold him down. Cho eventually snapped out of it. He explained that he took a lot of Viagra and completely blacked out. He doesn’t seem to remember the experience, but it was all captured by security cameras.[2] 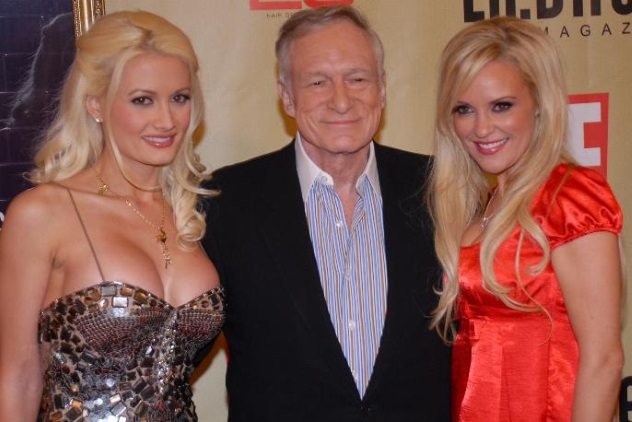 Considering that Hugh Hefner lived to be 91 years old, and he always lived with gorgeous women in the Playboy Mansion, it is no surprise at all that he took Viagra for years. This caused him to have sudden sensorineural hearing loss, which apparently happens quite a lot to men who pop the little blue pills like candy. According to some of his former lovers, he was totally deaf in one ear, and the only way he could understand what anyone was saying is if they leaned into his good ear and spoke directly into it.[3]

It turns out that there are at least 47 other cases of men who have gone totally deaf, and they were able to confirm that it was caused by Viagra damaging the inner ear. There were hundreds of other cases of men going deaf while on the pill, but the evidence was inconclusive. Hefner said he’d rather have sex than his hearing; other men might feel the same way. 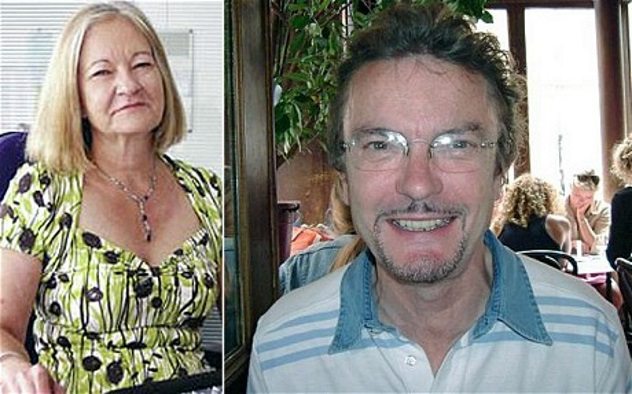 British married couple Georgina and Richard Challen, 56 and 61, respectively, were having trouble with their marriage, so they decided to take a break from one another and live separately. For years, Richard worked as a car dealer. His friends all called him a ladies’ man, even though he was married. This made Georgina jealous, and she could only take the open secret about his infidelity for so long before she began to gather evidence.

Richard could not perform at all without taking a Viagra pill before having sex, so Georgina kept a diary of how many pills were left in the bottle after every time they did the deed. She knew that if there was one less pill than before, it meant he had sex with another woman. Sure enough, after counting the pills, Richard was caught cheating, and they separated.

Despite the Viagra incident, the Challens decided not to get a divorce and to work things out after their separation. In August 2010, just as they were repairing their marriage, Richard called another woman. He brushed her off as “just a friend.” Georgina snapped. She picked up a hammer and smashed her husband’s head in. Then, she drove one of his sports cars to a cliff, intending to commit suicide. She was caught instead and was ultimately sentenced to life in prison for his murder.[4] 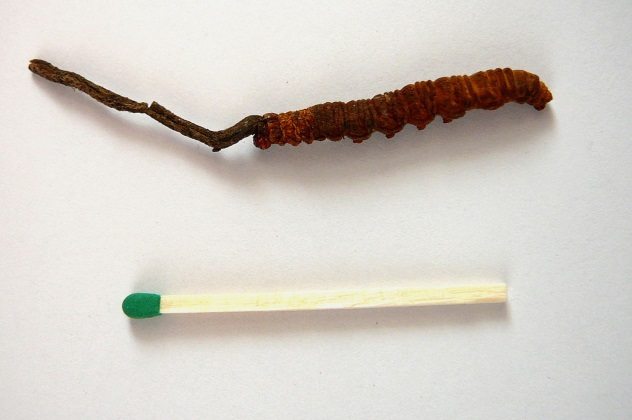 Okay, this next story is not exactly about Viagra, but it’s still one that shows the lengths men go to in order to get an erection. In Nepal, people living in remote areas don’t exactly have access to a pharmacy around the corner. They know of the existence of drugs like Viagra that will help with erectile dysfunction, but they can’t buy it. So they have figured out their own natural remedy to do the trick. There is an extremely rare fungus called yarsagumba that grows on dead caterpillars. For some ungodly reason, someone decided to eat one of these things, and it gave them massive results, which earned yarsagumba the nickname “Himalayan Viagra.”

After realizing that they could eat yarsagumba to help with having sex with their wives, men began foraging to stock up their supplies. In 2011, two rival groups of foragers came face-to-face, and they began to fight over the yarsagumba. One gang was larger than the other, so 19 men beat and killed seven men from their neighboring village. The murderers were prosecuted for their crimes.[5]

6 Better To See You With, My Dear 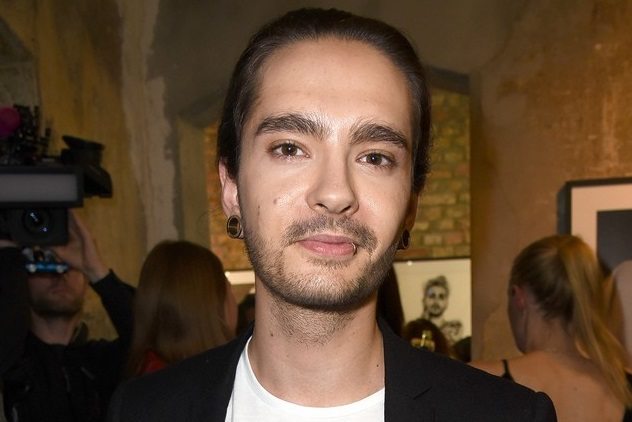 We have already established that Viagra can cause people to go deaf, but it has been linked to blindness, too. According to the Food and Drug Administration, there are at least 43 cases of blindness due to a block in the optic nerve that was caused by an ingredient that is present in both Viagra and Cialis.

These symptoms aren’t just happening to elderly men who take Viagra, either. Tom Kaulitz, the guitarist from the band Tokio Hotel, was just 20 years old in 2010 when he experimented with Viagra while he was on tour in Asia. The morning after taking the pills, his head was pounding, and his vision was blurred. He was in so much pain that he couldn’t move. Thankfully, this didn’t do any permanent damage, and he eventually recovered, but an older man probably couldn’t say the same.[6] 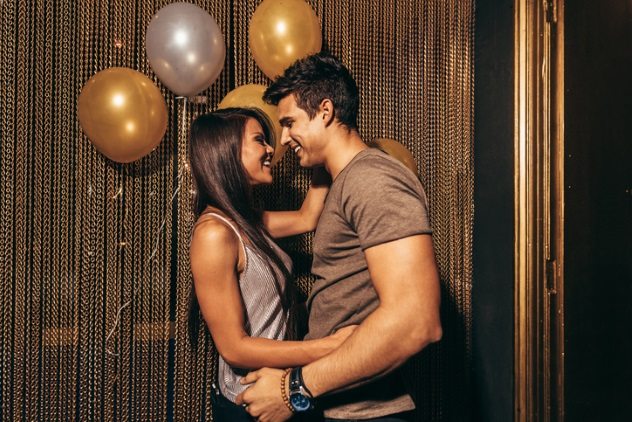 One of the many possible side effects of taking Viagra is having a seizure. Young men in their twenties who are looking to go to a club and possibly get lucky are buying the little blue pills. There are some black market drugs that are targeted at young men, like one called “Kamagra,” that have similar ingredients as Viagra, except that they are fruit-flavored and chewable. 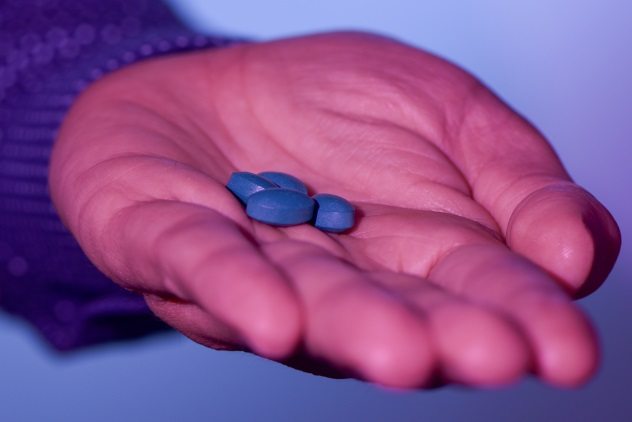 In most countries, men have to be at least 30 years old to be prescribed Viagra by a doctor. However, since so many young men want to use it recreationally, and not all countries have access to it, there is a massive demand for little blue pills on the black market. There are laboratories all over the world that are manufacturing fake Viagra.

While they are certainly biased, Pfizer’s official website has an entire page and mini-documentary dedicated to the dangers of counterfeits. According to them, they have found fakes that were made with boric acid, which is used as insecticide. They have also found pills containing lead paint (which was used to color the pills), talc powder, ground up Sheetrock, and rat poison. The worst part of all, they say, is that the counterfeits are so well-made that you cannot tell the difference with the naked eye. So the only way to know you are taking an FDA-approved substance is by getting a prescription from a doctor.[8] 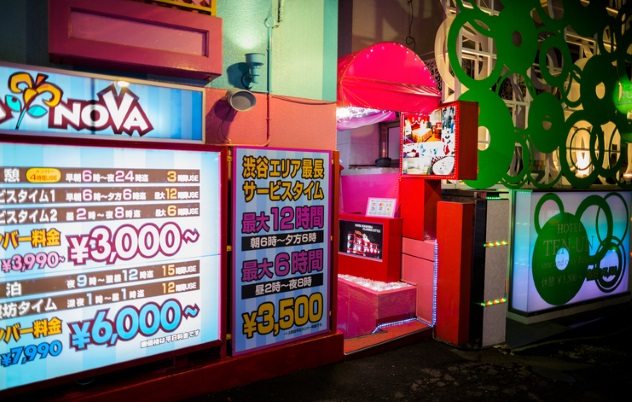 In Japan, a lot of young people still live with their parents, or they feel awkward having sex in front of their roommates. Then, of course, there are people having affairs. So they have love hotels, which are tiny accommodations made specifically for having guilt-free sex. Customers can pay for “rest time,” which is only two to three hours, or “stay,” which is for the entire night, and the rooms come with complimentary condoms, toys, and even costumes, if you’re into that sort of thing.

In 2005, an elderly man hired a sex worker in her twenties, and they went to a love hotel for a quickie. He took Viagra, and they had sex. As the woman was leaving, she joked to the receptionist, “Pops really knocked himself out. He’s still resting up.” After hearing this, the staff went to check on the customer, and sure enough, he was dead.

Unfortunately, this story gets worse. The hallways of the urban hotel were so narrow, and the elevator was so small, that it was impossible to get an ambulance stretcher to carry the body downstairs. So the paramedics had to lift up the dead body and waddle it down the hallway standing upright in order to get it out of the building.[9] 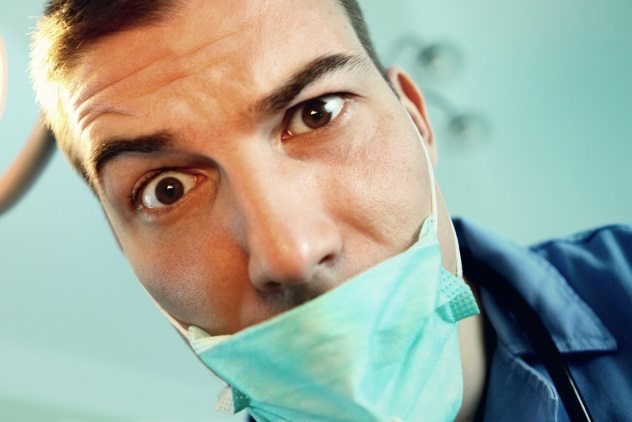 In 2013, a 66-year-old Colombian man named Gentil Ramirez, who lives in a town called Gigante, decided to take Viagra to spice up his sex life. He also decided to take more than he was supposed to in order to impress his spouse. Unfortunately, this left him with an erection that would not go away. Poor Ramirez was in an excruciating amount of pain, but he refused to get medical attention for several days, during which time he remained erect.

When he arrived at the hospital, his still-erect penis was fractured and starting to become gangrenous. (While there are no bones in the penis, it is still possible to get a penile fracture.) The doctors thought they would have to amputate.

Rumors spread all over the Internet about the man from Colombia who had to have his penis amputated after taking Viagra. Ramirez contacted a newspaper, La Nacion, to let them know that his little friend was still intact.[10] 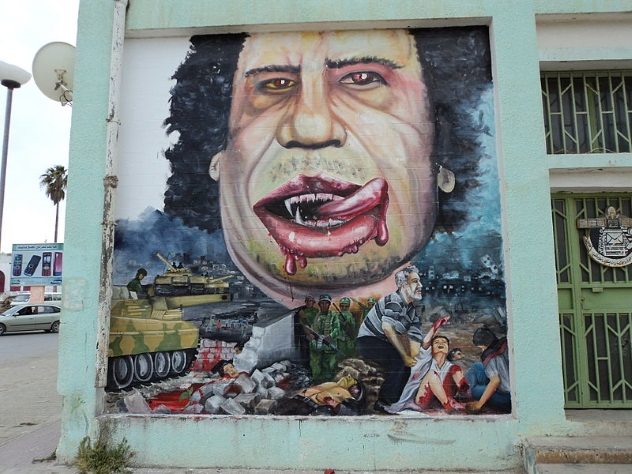 The most horrifying way that Viagra has been used is as a weapon of war. In 2011, Al Jazeera did an investigation in Libya. After interviewing several doctors, they revealed that dead pro-Gadhafi soldiers they had in the morgue were all carrying Viagra and condoms. They believed that the men were under orders to take the pills as part of the process of raping women and children. These same doctors treated countless rape victims and heard horrifying stories of what they had gone through.

This is not the first time in history that rape has been used as a weapon of war. However, Viagra has only been on the market since 1998. After taking Viagra, blood flows where it needs to go, and a man can get an erection without actually feeling emotionally invested or aroused. As soldiers, when they received an order to commit rape, all they had to do was pop the pill and get it done.[11]

Read more cringeworthty medical horror stories on Top 10 Disastrous Mistakes Performed During Surgery and 10 People Who Woke Up During Surgery.