This week was defined in many parts of the media with the hysterical buildup toward the UK royal wedding this Saturday, which will see US actress Meghan Markle officially become a British princess. Exciting times, no doubt. But while it dominated headlines in British and British-obsessed papers, the royal wedding wasn’t the only show in town this week. Even as the flags went up in London, the rest of the planet was up to its usual craziness.

10 Gaza Suffered Its Deadliest Day Since 2014 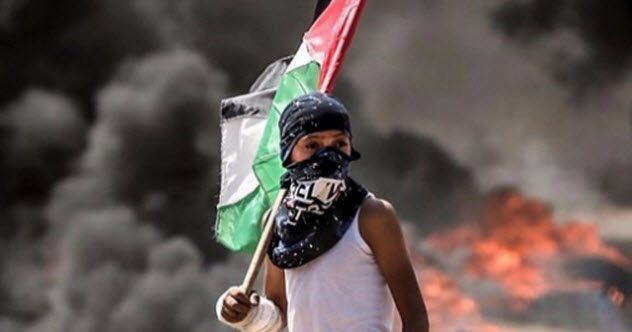 Let’s start with the most controversial story of all.

At the start of the week, three significant events took place in Israel. The first was the 70th anniversary of the founding of the Jewish state. The second was the opening of the new US embassy in Jerusalem. The third was the huge Palestinian protests that accompanied the first two. It was this last one that would dominate headlines.

The protests had been building for weeks in Gaza, originally independently and then later egged on by Hamas. On Tuesday, they exploded into a violent storming of the Israel-Gaza border fence. Israel Defense Forces (IDF) soldiers reacted by opening fire. At least 52 Palestinians were killed and over 2,400 wounded in Gaza’s deadliest day since the end of the 2014 war.[1]

When the dust had settled, the main question was whether the IDF had acted with appropriate force. The UN, EU, Russia, and Turkey called it a massacre. The US backed Israel’s stance, calling it self-defense. Either way, it cast a pall over what should have been a week of celebration. 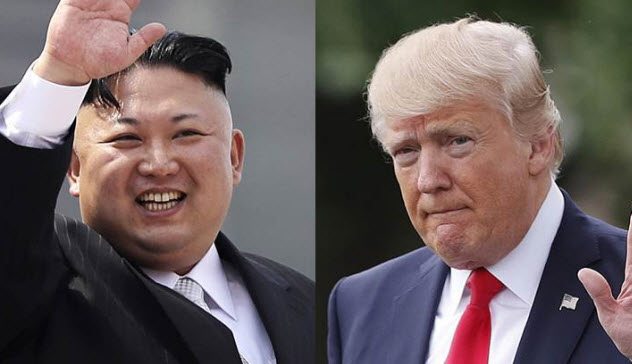 The news coming out of North Korea has been unusually upbeat recently. After fielding a joint North-South team at the Olympics, Korean leaders Kim Jong Un and Moon Jae-in held an unprecedented meeting earlier this month.

Since then, the North has pledged to end nuclear testing and invited international media to see it dismantle its testing sites. A meeting between Kim Jong Un and US President Trump in June was meant to bring the DPRK in even further from the cold. This week, that was all put in jeopardy by national security adviser John Bolton.

Bolton is a hawk with a track record of annoying Pyongyang. (He nearly sent 2003 multilateral talks up in flames by calling Kim Jong Il a tyrant.) On a TV show this Sunday, Bolton said that the US would only ease sanctions after the North gave up its nukes, citing the examples of Libya and Iraq—two regimes which subsequently collapsed. Evidently, the North Koreans were watching.[2]

Following Bolton’s comments, a meeting between North and South Korea was abruptly canceled and the North threatened to terminate the Trump meeting. The president’s signature foreign policy achievement may now hang in the balance.

However, on Thursday, Trump contradicted Bolton. “The Libya model is not a model we have at all with North Korea,” the president said publicly. “With Kim Jong Un, he’d be there, running his country.”

8 Italy Prepared To Usher In A Radical New Government 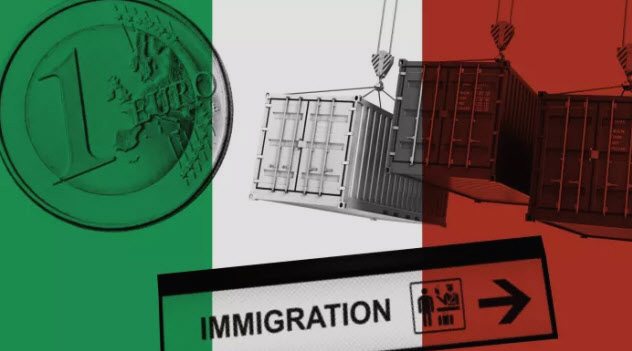 If they pull it off, it’ll be one of the deftest pieces of political footwork in recent history. On Thursday, Italy’s M5S (aka Five Star Movement) and League parties seemed on the verge of forming a coalition. Backed by over 50 percent of voters, they certainly have a mandate. The only problem is how utterly unsuited they are to one another.

Parallels are hard to draw. But if you imagine Bernie Sanders and the US Libertarian Party getting together with Pat Buchanan to form a government, you’ll at least grasp how nuts this is. M5S and the League are poles apart on everything except immigration (they want less of it) and the euro (really not that keen). As such, their joint manifesto is one of the most radical policy documents in years.[3]

At its heart is a flat 15 percent tax rate for all but the highest earners (a League policy) and universal basic income (an M5S policy). They also plan to renegotiate EU spending rules and splash hundreds of billions on giveaways. If they succeed, they could completely upend the way the EU is run. Given how little they have in common, that’s a big if.

7 Legalized Sports Betting Arrived Across The US 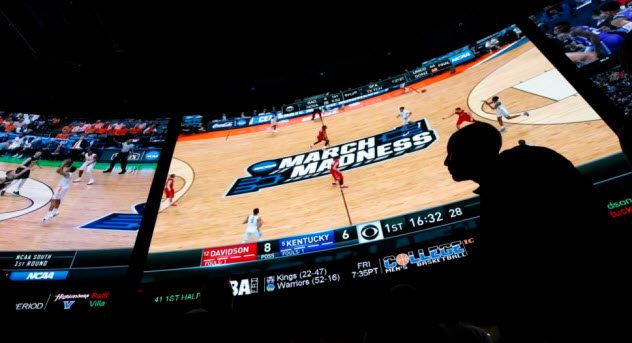 In 1992, Congress passed the Professional and Amateur Sports Protection Act (PASPA), effectively outlawing sports betting nationwide (with exemptions for a handful of states).

This Monday, the Supreme Court finally issued its long-awaited ruling on the act. To general surprise, they found that PASPA violated the Tenth Amendment, which restricts the federal government’s power to “commandeer” state laws or those who enact them. In other words, sports betting may now become legal across the US if all 50 states choose to make it so in their individual states.

In one sense, this isn’t such a big change. According to the American Gaming Association (AGA), Americans wager around $150 billion illegally on sports games each year. Other sources put the number at closer to $70 billion, which is still huge. For the record, none of the sources have a real handle on the size of illegal betting. They just know that Americans are doing it in a big way.

Even so, the legalization of betting could have a profound impact on how pro sports are played and how teams perform. Nearly every major sports league in the US had come out in favor of keeping PASPA.[4] 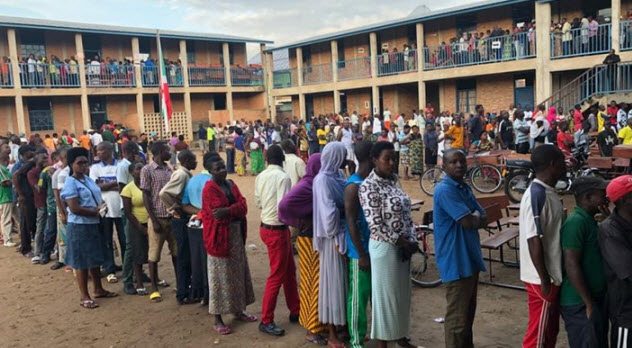 Another week, another power grab by an autocrat. On Thursday, Burundi went to the polls to vote on whether to extend presidential term limits from five to seven years. The referendum is widely seen as an attempt by President Pierre Nkurunziza to cement his role as autocrat in chief. If Burundi votes “Yes,” he could stay in power until 2034.

If this new referendum passes, Nkurunziza is hoping to argue that all three of his five-year terms didn’t count and he should get the chance at two new seven-year terms.

The 2015 poll was marred by extreme violence and the use of rape and torture to intimidate people into voting for Nkurunziza. There are fears that this referendum could spark yet another round of massacres.

5 A Mysterious Bombing Killed One In California 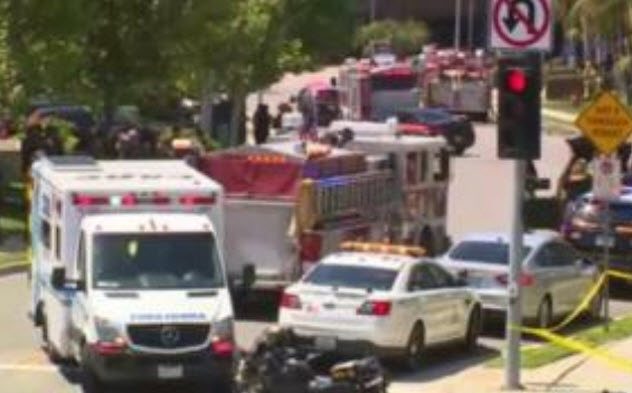 It’s not so long ago that the city of Austin, Texas, was gripped by a wave of mysterious bombings. Now it’s apparently California’s turn. On Tuesday, an explosion ripped through a day spa in Aliso Viejo, killing the owner and injuring two visitors. By Wednesday, the FBI was already saying they believed it was a deliberate bombing.

Details remains sketchy. But it seems that the bomb was delivered by a package addressed to Ildiko Krajnyak, the woman it killed. As to why anyone would want to blow up a day spa in a random town or kill the woman who owned it remains a mystery.

Tragic as the story is, it can only be hoped that the bombing was a one-off murder rather than the start of a new bombing spree.[6]

4 Scientists Claimed To Have Transferred Memories Among Snails 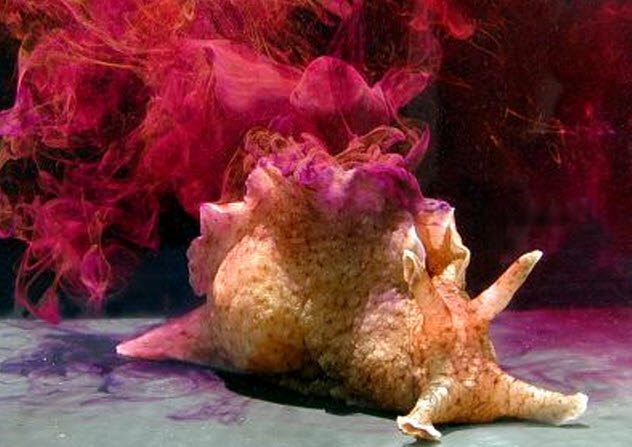 If you thought that the working of the mind was weird, wait until you read this entry. This week, it was reported that researchers at UCLA had managed to transfer memories among snails. Even weirder, they claimed to have done it by removing and injecting RNA. Not surprisingly, the results are insanely controversial.

To put it bluntly, snails are not the sharpest tools in the box. So their simple brains are great for testing basic theories. The UCLA study involved getting one group of snails to associate gentle prodding with electric shocks until they withdrew into their shells even when prodded with rods that had not been electrified. The team took some of their RNA and injected it into a control group of snails. These unshocked snails then began reacting to prods by withdrawing just as the shocked snails had.

The team says this shows that parts of memory can be held outside our brains in our RNA. In other words, they’d transferred the memory of the shocks from one snail to another.[7] Intriguing as this is, many experts are not yet convinced by their findings.

3 The Stormy Daniels Affair Rumbled On 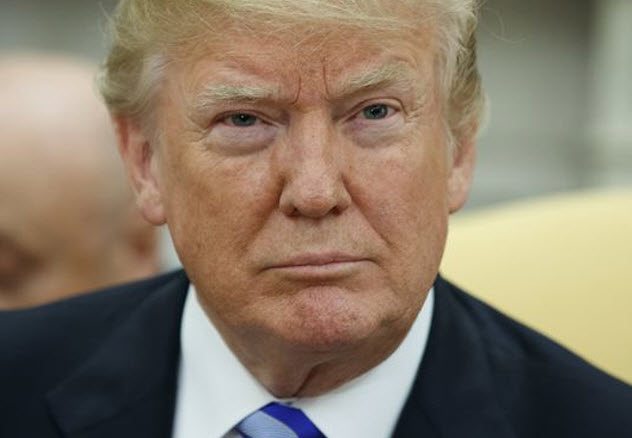 So, apparently, he did know.

After months of denials, President Trump finally filed his financial disclosure form for 2017 on Wednesday. It included a footnote stating that the president had reimbursed lawyer Michael Cohen for a hush money payment to adult film star Stormy Daniels.

When Daniels first came forward with claims that she’d been paid to keep quiet about a 2006 affair with Trump, the White House denied all knowledge. A few weeks back, it was claimed that Cohen had paid Daniels out of his own pocket without the president’s knowledge. Now the disclosure form shows that the president had reimbursed Cohen, suggesting that Trump was aware of the payment all along.[8]

The lack of disclosure could qualify as a breach of the law, although it may not be serious enough for any sort of investigation to take place. However, it does look as though this story will continue to give the White House headaches for some time yet. 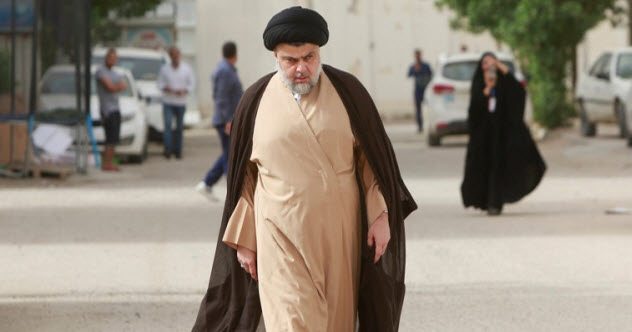 Prime Minister Haider al-Abadi must have felt that he was due some credit at the polls during Iraq’s election this Saturday. As the man who replaced the divisive Nouri al-Maliki and helped drive ISIS out of the country, al-Abadi should have been looking at a windfall.

Instead, voters didn’t just give him a kicking, knocking his party back into third place. They also handed the role of kingmaker to a former anti-US extremist who led an insurgency against American forces after the fall of Saddam.

Meet Moqtada al-Sadr, a guy who once made killing US soldiers a priority and is now heading up the largest postelection faction in parliament. While al-Sadr didn’t stand himself, it was his vision that pulled these disparate groups of independents, Communists, nationalists, and Sunnis together and turned them into an electoral force. How Iraq’s next government looks is largely up to him.[9]

Al-Sadr today is far less anti-American and violent than al-Sadr in 2006, but he’s still highly unpredictable. Even so, things could have turned out even worse for Washington. The second place finishers were a major pro-Iran Shia party. 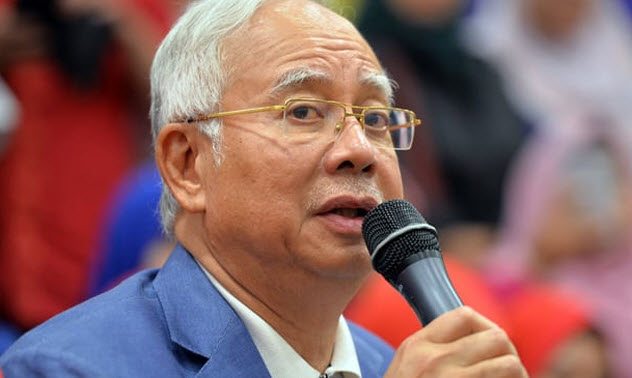 Just last week, we told you how 92-year-old Mahathir Mohamad pulled off a stunning upset in Malaysia’s election by handing the ruling Barisan Nasional (BN) party its first defeat in 60 years. With his new term as PM barely started (he previously held the office under the BN before defecting to the opposition), Mohamad is already turning Malaysian politics upside down. This week, the police raided the home of his predecessor, Najib Razak, as part of an investigation into the world’s biggest financial scandal.

The 1MDB scandal involved a government investment fund that Razak had set up as PM in 2009. Over $3 billion had vanished from the fund. The US unofficially believed that the money had found its way into Razak’s pockets, but a likely corrupt Malaysian investigation cleared him. When Mohamad won last week’s election, though, one of his first acts was to place Razak under house arrest and reopen the investigation.[10]

Just two weeks ago, the idea that Razak would be potentially facing jail for his corruption would have seemed like make-believe. Yet here we are. If this is how the post-BN age in Malaysia is looking during its first week, it’ll be fascinating to see what happens during the next few years.

10 Microscopic Views Of Events With Huge Consequences For Earth