While much of the world was enjoying the May Day holiday, the gigantic story spinning wheel that is modern-day Washington, DC, was in full overdrive once again. Leaks and gaffes dominated the headlines, all with the potential to become truly huge stories. But it wasn’t just on Capitol Hill where madness was underway. Across the globe, big changes were afoot . . . along with plenty of flat-out strangeness. 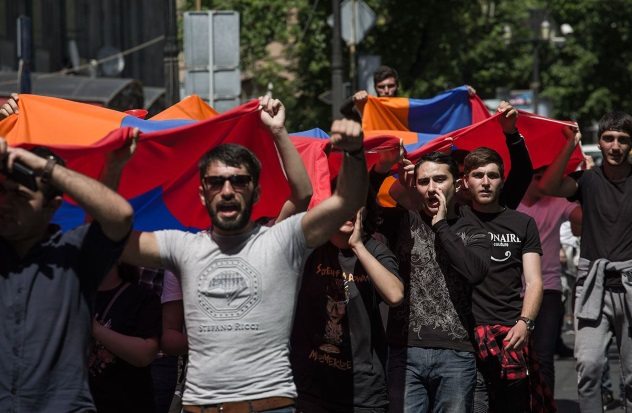 This is the third week in a row we’ve reported on the situation in Armenia, for the very good reason that it’s utterly fascinating. Just last week, mass protests involving a third of the population removed burgeoning despot Serzh Sargsyan from power without a single shot being fired. Protest leader—and head of the nine-seat opposition Yelk faction—Nikol Pashinian was then nominated in parliament to replace Sargsyan, only for Sargsyan’s ruling HKK party to block him.

In response, Pashinian called for the biggest protests yet. And he got them. On May 2, Armenia was completely paralyzed. On Thursday, a panicked HKK party agreed to back a future nomination of Pashinian for PM.[1]

So far, protestors are treating the promise cautiously. The vote isn’t until May 8, plenty of time for the HKK to backpedal. But Armenia has, for now, returned to something near normality while the world waits. It could be that the first bloodless revolution in many years succeeded after all. 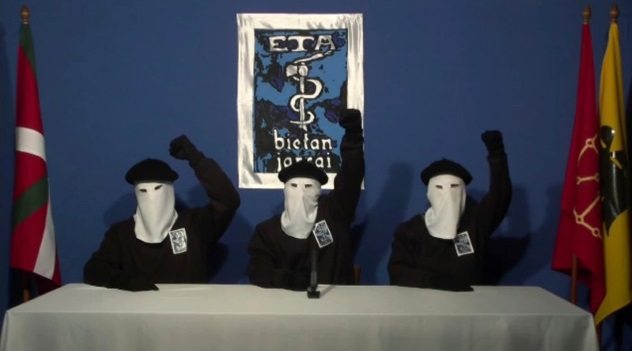 Not so very long ago, the three letters “ETA” could send a shiver up the spine. The Basque separatist group terrorized Spain for decades, carrying out a series of shootings, bombings, and assassinations that left 853 people dead. At their height, they managed to kill the Spanish prime minister with a car bomb and blew up a Barcelona shopping center, killing 21.

This week, the feared terrorist group announced their formal dissolution. From this weekend onward, ETA will no longer exist. The 60-year Basque insurgency will be at an end.[2]

Despite their gruesome death toll, ETA weren’t always unpopular. During the Franco regime, they were seen by some as freedom fighters against what was demonstrably a murderous government. As their campaign continued into the post-Franco era, however, their support slowly drained away, until they began to seem like nothing more than thugs, fighting a useless war.

8 Washington, DC, Was Rocked By A Series Of Leaks 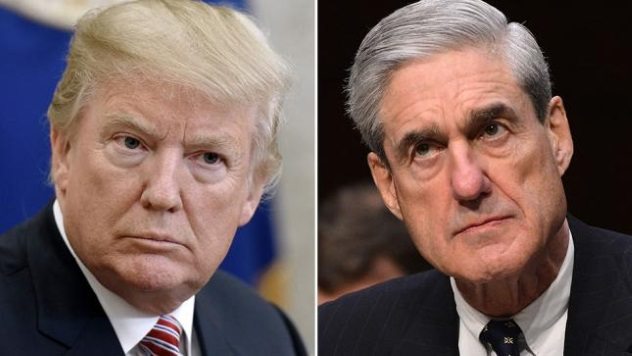 At this point, the offices of the US Capitol are so leaky that you could comfortably shower a buffalo beneath them. After a year in which it felt like nothing could stay secret for long, the White House experienced perhaps the biggest leak of the Trump administration. Someone handed The New York Times a copy of the questions Special Counsel Mueller wants to ask the president. As you might expect, they raised more questions than answers.[3]

The biggest question was: Who leaked them? At first, the money was on someone familiar with Mueller’s team. That changed when it was later revealed that the list had been compiled by Trump’s legal team following a conversation with Mueller’s investigators.

For most of us, the takeaway is that we can now see toward what sort of showdown Mueller’s inquiry might be heading. It’ll be interesting to see if the special counsel ever gets his answers. 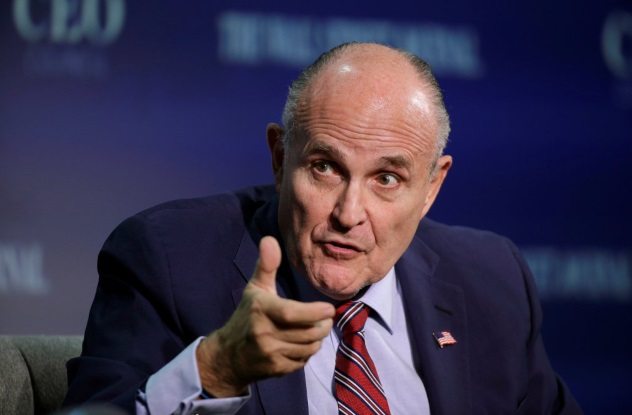 Giuliani’s point was that reimbursement happened after the election, so it could not constitute campaign overspending. While that may or may not be true, it certainly throws Cohen under the legal bus for making an undeclared campaign contribution. More to the point, it means one of the president’s own advisors is now contradicting his story in a public arena. Perhaps not surprisingly, many in camp Trump are saying the knives are already out for Giuliani. 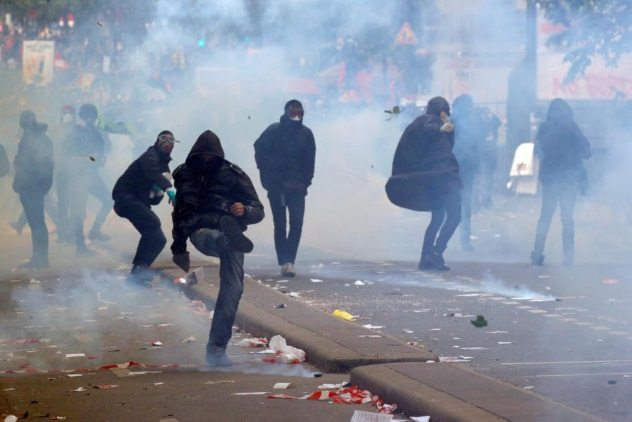 Rioting on May 1 is something of a Parisian pastime, as traditional as croissants for breakfast and acting like wearing a beret is somehow totally normal. But even by French standards, Tuesday’s protests were something else. In the middle of a huge Labor Union rally against Emmanuel Macron’s economic reforms, 1,200 left-wing anarchists went on the rampage. Shops were looted. Businesses burned. For hours, the east of Paris was a no-go area.[5]

Around 200 protestors were ultimately detained, with 109 remaining in jail. Impressively, the French police managed this without any casualties. Last year, a cop was hit by a Molotov cocktail and very nearly burned to death. That the damage is being counted only in economic costs this year is something of an achievement.

The riots were part of a wider nationwide wave of protests currently targeting Macron’s loosening of union-friendly French employment laws. Whether they will force him to climb down remains to be seen. 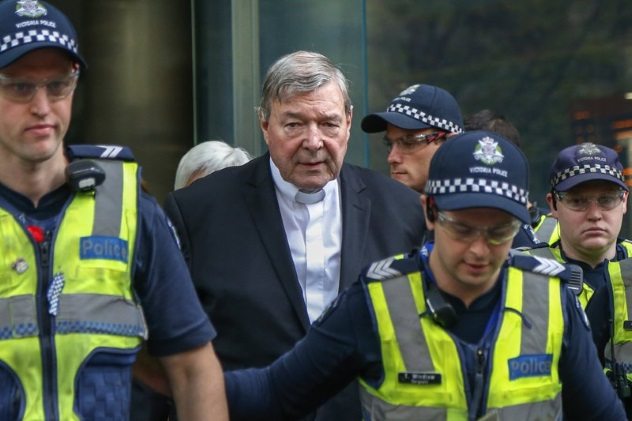 Cardinal George Pell is the highest-ranking Catholic priest to have been indicted on historic sex abuse charges. A former treasurer to the Vatican, he returned to his native Australia last July to fight his case in court. Following a pretrial committal hearing this March, Magistrate Belinda Wallington finally reached her decision Tuesday on whether to press charges. While the most serious charges were dropped, enough remained for Pell to be recommended for two separate trials.[5]

Thanks to extremely strict laws, details of the abuse claims can’t be reported. Still, Wallington’s decision is a partial victory for Pell. Some had wanted him to stand trial for all alleged crimes at once, while Pell’s legal team had argued that the accusations were so different in scope and seriousness that they should be tried separately.

The two cases are expected to run for a combined ten weeks, with around three months beforehand for preparation. We’ll soon know if the cardinal was guilty or not.

4 Taiwan Lost One Of Its Last Diplomatic Allies 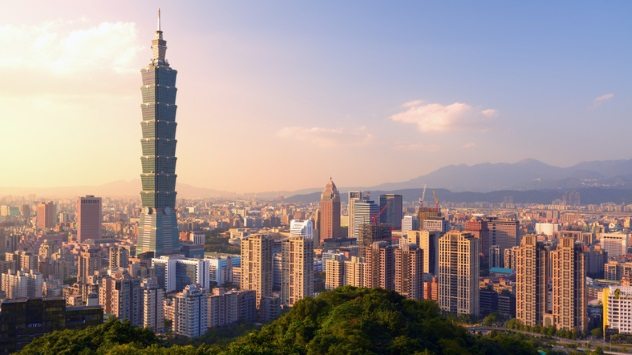 Twenty. On Monday, that was the number of countries that Taiwan could count as its allies, out of over 190 nations worldwide. And one of those, Vatican City, isn’t recognized as a country by the UN.

By Tuesday, that number had dropped to 19. On May 1, Dominican Republic formally broke off diplomatic relations with Taipei and established them with Beijing. The move not only leaves Taiwan even further out in the cold, but it demonstrates that China’s star is still rising.[7]

Beijing and Taipei both refuse to acknowledge one another as legitimate nations and will not allow diplomatic allies to recognize the other capital. This is a holdover from the Chinese Civil War, during which the then-government fled to Taiwan in the face of Mao’s army. With China now a superpower, more and more nations are recognizing Beijing and leaving Taipei isolated. Over 100 countries (including the US, in 1979) have flipped their diplomatic missions in this way.

Taiwan’s remaining allies are a roll call of the small and stubborn, comprising mostly of Central American nations, the island nations of Oceania, some Caribbean countries, two African states, and Paraguay. 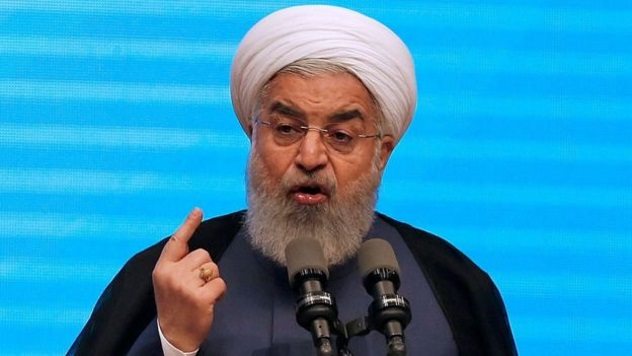 In 1975, Spain finally relinquished control of its North African possession Western Sahara. Barely were the Spaniards out than the Moroccans came marching in, annexing the territory. A protracted battle for independence followed, ending only in 1991, when Morocco agreed to give the Saharawi a referendum on their future (which still hasn’t taken place). Since then, Rabat has remained deeply distrustful of its restive colony, fearful of violence but not willing to relinquish it.

All of which explains why this week’s announcement from Rabat was so seismic. Having reestablished diplomatic relations with Iran only in 2014, Morocco this week cut all ties with the Islamic republic again. Their reason? They alleged Tehran was arming Saharawi fighters in a bid to encourage separatism.[8]

This story is worth paying attention to, as Iran has been accused of sticking its oar into many conflicts over the last couple of years, notably in Syria. If Tehran is indeed trying to encourage violence in Morocco, it doesn’t bode well for other nations the country has an interest in. 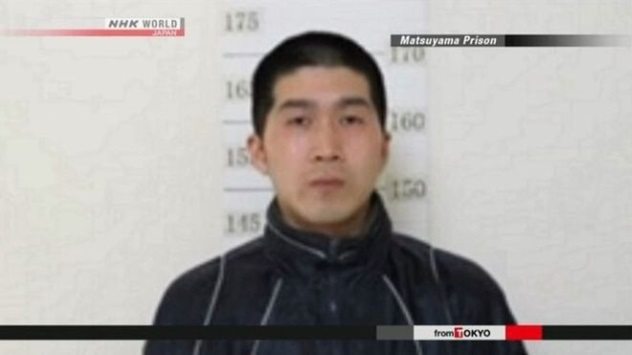 Tatsuma Hirao’s escape from prison wasn’t exactly the stuff of legend. The 27-year-old was serving five and a half years for theft at an open prison on Mukaishima Island when he simply walked out. This was even easier than you’re imagining. Mukaishima’s prison has no bars, no fences, and no walls. (As such, it only houses nonviolent criminals.) It was what came next that made Hiaro famous. Having escaped prison, he managed to remain a fugitive for three whole weeks.[9]

Mukaishima is tiny, barely 22 square kilometers (8.4 mi2), with only 22,000 residents. The police sent 6,000 officers with dogs, drones, helicopters, and high-tech equipment to find Hiaro and managed to turn up squat. Even as Hiaro stole clothes and cars from locals—leaving behind polite notes apologizing for doing so—the police stumbled in the darkness, unable to find him. The justice minister was eventually forced to publicly apologize.

On Monday, Hiaro was finally captured at a Hiroshima train station, having swum to the mainland from Mukaishima. Japan’s craziest manhunt was over.

1 Netanyahu May Have Killed The Iran Nuclear Deal 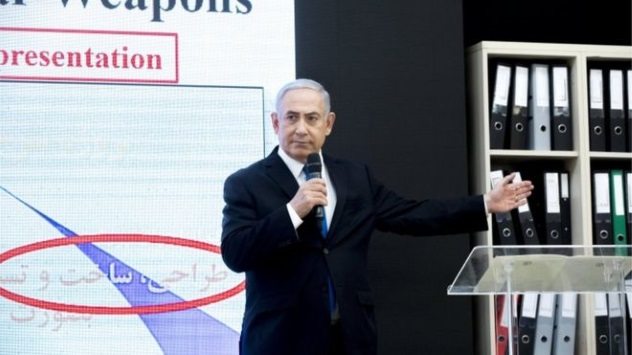 Benjamin Netanyahu may be many things, but he’s a genius at showmanship. On Monday, the Israeli leader took to a stage and delivered a PowerPoint presentation on a trove of files Mossad spirited out of Iran in January. He claimed they showed Iran was in violation of the nuclear agreement and intended to build itself a working bomb.[10]

The presentation comes at a strained time in Israel-Iran relations. Just the day before, an Israeli airstrike on Syria killed 11 Iranians working with the Assad regime. Tel Aviv is convinced that Tehran wants to use its presence in the Syrian war to establish a conventional force on Israel’s borders. To counter that threat, Bibi has already passed a law allowing him to declare war without consulting his cabinet or anyone but his defense minister. This presentation was just another front to attack Iran on.

The hope is evidently that the Mossad files will convince President Trump to tear up the nuclear deal—a decision he has to make by May 12. However, the presentation was criticized in some quarters for appearing to just repeat information already known to intelligence agencies everywhere. We’ll see if it achieved what Bibi wanted it to in nine days’ time.