And what a week it was. As we trundled toward the midpoint in May, absolutely seismic change was underway. Over in Asia, an unexpected election shock triggered the kind of political earthquake usually associated with the suffix “-exit.” Meanwhile, in the home of Brexit, the government looked perilously close to changing its mind on the whole thing. More on both stories below, but first a quick look at the country gobbling up most headlines this week: Iran. 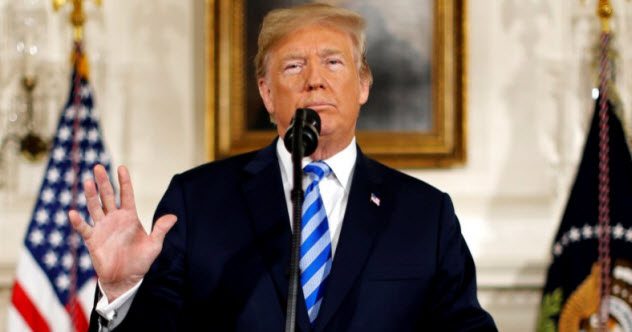 Be honest. You saw this coming, didn’t you?

On Wednesday, US President Donald Trump formally pulled the US out of the 2015 Joint Comprehensive Plan of Action (JCPOA), commonly known as the Iran nuclear deal. Not only did he end Washington’s involvement, but he also reinstated exceptionally harsh sanctions against the Islamic republic.

JCPOA was originally implemented by the Obama administration and aimed to curb Iran’s nuclear ambitions. On the one hand, it seemed to be doing precisely that. On the other, Iran was continuing to act in extremely provocative ways in the region, even without nukes.

When the deal was reached in 2015, all parties knew that it wouldn’t eliminate Iran’s nuclear program. Not realistically. Instead, the goal had morphed into increasing Iran’s breakout time for getting the materials to build a nuke—from a few months to at least one year. The hope was that Iran wouldn’t get a nuclear weapon for at least 10 years, but that wasn’t a sure thing. Iran has also insisted that no one is allowed to inspect their military sites.

The immediate consequences of the US withdrawal, though, were less about Iran and more about Europe. The reimposition of sanctions has put Washington on a direct collision course with its allies in Berlin, Paris, and London, where companies stand to lose billions in investments made since 2015. The EU now finds itself in the unlikely position of allying with China and Russia in an attempt to keep JCPOA alive.[1]

9 Iran And Israel May Have Decided To Go To War 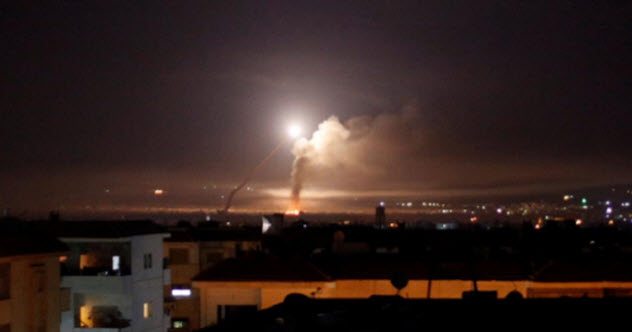 Incredibly, the demise of the JCPOA wasn’t the biggest story involving Iran this week. That honor probably goes to the sudden ignition of hostilities between the Islamic republic and longtime foe Israel, who went toe to toe with one another in Syria.

The flare-up has been a long time coming. Over the past few months, Israel has become increasingly bold about targeting Iranian positions in Syria. In turn, Tehran has started flying armed drones into the Jewish state and amassing forces near the Israeli-controlled Golan Heights. This Thursday, those forces launched a rocket attack on an Israeli base. Tel Aviv responded with one of its heaviest air strike campaigns in years.[2]

Hopefully, this was a minor flare-up that won’t escalate further. However, there is a chance that it could spark a full conflict between the two regional enemies or, at the very least, further complicate Syria’s already complex war.

8 Malaysia Chucked Out Its Ruling Party After 60 Years 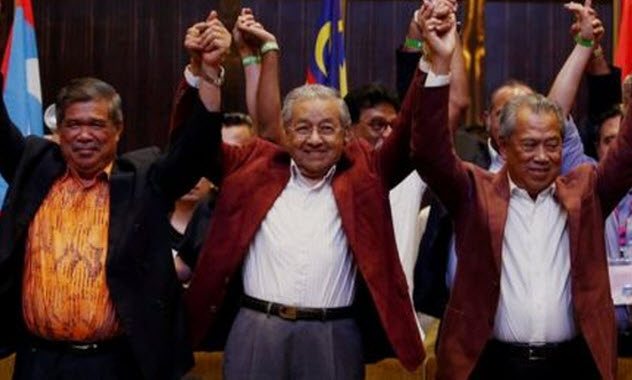 Since the country gained independence in 1957, there has only been one party in Malaysian politics. The Barisan Nasional (BN) had won every single election ever held in the Asian nation, a winning streak fully everyone expected it to maintain after Wednesday’s vote.

Since you’re reading about it now, you can probably guess what happened next. BN lost. They couldn’t beat a 92-year-old man who used to be their leader.[3]

Mahathir Mohamad spent 22 years as prime minister of Malaysia—from 1981 to 2003. A couple of years ago, he caused shock waves in Kuala Lumpur by defecting to the perennial opposition party Pakatan Harapan (“Alliance of Hope”). Everyone thought that this was reputational suicide. Instead, PH romped home to victory on Wednesday. Mohamad’s gamble paid off. The nonagenarian will almost certainly be PM again, becoming the world’s oldest leader.

However, the deal is not yet done. As this column was being filed, reports emerged that the BN was trying to bribe opposition MPs to switch sides and deny PH a majority. Additionally, the king hinted that he would refuse to swear in Mohamad. Is Malaysia entering a period of renewal or one of crisis? We’re about to find out.

7 The Armenian Revolution Is Over, Long Live The Revolution! 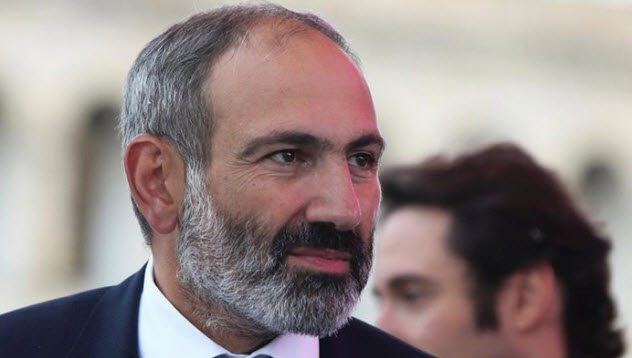 Regular readers will know that this column has been following the events in Armenia for nearly a month now. For non-regulars, a quick recap: A few weeks back, Armenia’s longtime president, Serzh Sargsyan, stepped down and took up the post of prime minister after signing a bill passing all presidential powers to the PM. Armenians saw this as an unconstitutional power grab and took to the streets under the urging of opposition party leader Nikol Pashinian.

At the height of the protests, over a third of the population was marching. Sargsyan was forced to step down, and his party promised to make Pashinian Armenia’s new leader. Then they tried to backtrack, triggering protests that dwarfed anything so far seen.[4]

Already, Pashinian has promised to root out corruption and end Armenia’s addiction to nepotism and cronyism. It’ll be interesting to see if his promised political revolution can galvanize as much support as his actual one. 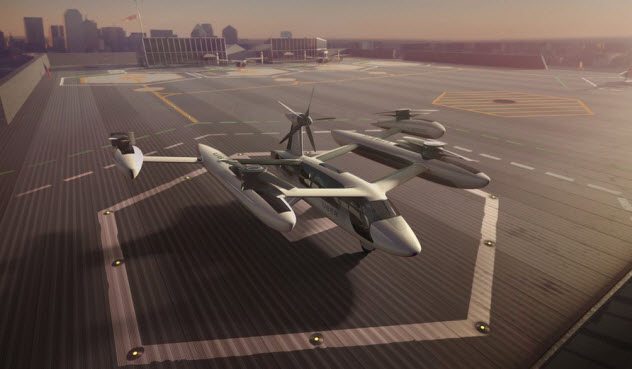 Uber has had a bad few months. It was rocked by scandal, beset by data leaks, and defeated in court battles across the globe. So what better way to distract the world than by unveiling something truly insane? On Tuesday, the taxi company revealed that they had partnered with NASA and the US Army to launch a flying taxi service.

That’s right. You could soon be getting to work via regular helicopter.

The timescale involved is more than a little eyebrow raising. Uber intends to be piloting this scheme in Dallas and Los Angeles by 2020, with the full service launching in 2023. Presumably, major cities everywhere will soon get fitted out with heliports.

There’s some suspicion that this might all be a backdoor way for Uber to move away from the taxi game and toward the ultra-lucrative world of defense contracting.[5] 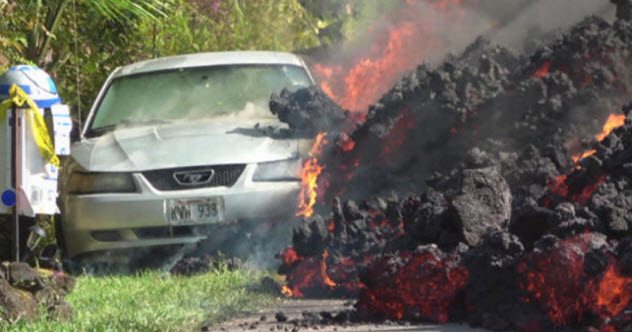 It wasn’t quite a full-blown disaster, but it was certainly dramatic. On Friday, the biggest quake in 43 years struck Hawaii’s Big Island as volcano Kilauea prepared for an eruption. On Saturday, the lava finally arrived, spewing out of two fissures in the island’s surface. Since then, the state has been inundated with slow-moving, destructive, and fiery-hot lava.

At the time of this writing, some 36 homes have been destroyed, sulfur gas has rendered entire neighborhoods uninhabitable, and acres of forest have been burned to the ground. For most of us, though, the defining images of this slow-motion near-disaster will be the sight of molten lava leisurely consuming cars sitting in driveways and on roadsides as their owners (presumably) wept nearby.[6]

As relatively non-destructive as Kilauea’s blowout has been so far, worries remain that it could get much worse. A steam eruption could rain chunks of heavy rock down on the island, or poisonous gases could escape the constantly opening fissures. 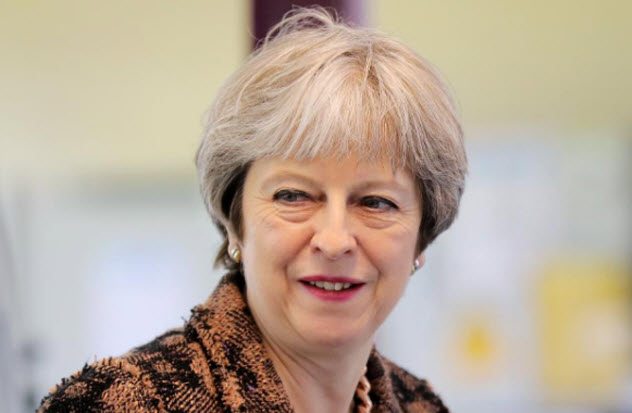 It was the government’s 14th defeat on Brexit and easily the most significant thus far. On Tuesday, the House of Lords took an axe to Theresa May’s latest EU withdrawal bill. In a shock move, they inserted a clause requiring ministers to potentially negotiate to keep Britain in the European Economic Area (EEA) if a good Brexit deal can’t be reached. Such a move would effectively kill Brexit in all but name.[7]

The EEA unites the EU with a three-country association of Norway, Lichtenstein, and Iceland. It includes the single EU market but excludes some policies like fishing. (If all these terms are confusing, we wrote a basic primer here). Crucially, being a member requires both paying into the EU budget and accepting free movement of other EU citizens. In the EEA, the two major tenets of Brexit—no payments to the EU and an end to European immigration—would be impossible to enforce.

The vote was interesting as both the ruling Conservative and the opposition Labour parties officially support Brexit. The Lords were only able to include the EEA clause because over 80 Labour and nearly 20 Conservative peers rebelled.

3 Berlusconi Bowed Out Of Italian Politics 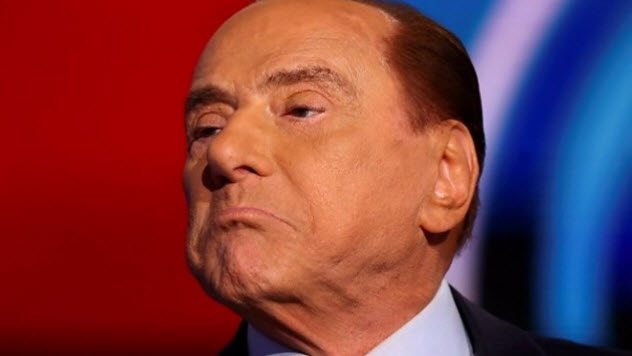 Remember that election Italy had like, oh, nine weeks ago? They’re still trying to form a working government after voters delivered no clear winner. At the time of this writing, it’s still unsure if the country is heading for fresh elections or for a grand coalition. But one thing may have finally tipped the balance in favor of coalition: the political demise of Silvio Berlusconi.[8]

The election split the country between the broadly left-wing, southern populist Five Star Movement and the broadly right-wing populist Northern League. Although both shared anti-EU and anti-immigrant sentiments, they were poles apart on other issues.

Specifically, the League had made an alliance with Berlusconi’s Forza Italia grouping. For Five Star, asking their voters to accept a coalition government with any role for Berlusconi would be like Donald Trump informing his base that he was bringing Hillary Clinton into the White House.

By this week, Berlusconi apparently saw the writing on the wall. He said that he wouldn’t direct Forza to vote against a Five Star–League grand coalition. Not only does his announcement pave the way for Italy to finally get a government, it will probably also act as Berlusconi’s political epitaph.

2 Ebola Exploded In Democratic Republic Of The Congo Again 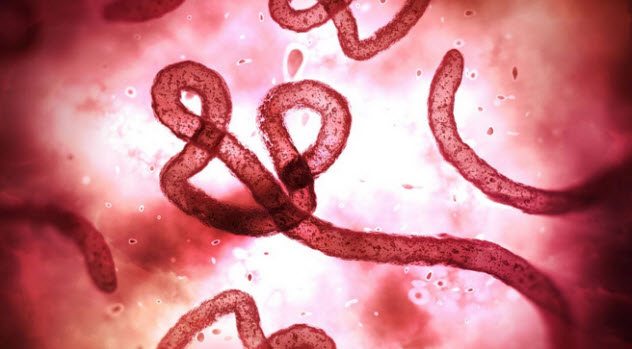 Well, it’s back. After a relatively quiet four years, Ebola once again exploded onto the stage in the Democratic Republic of the Congo (DRC). On Wednesday, the Health Ministry confirmed a new outbreak of the virus in the country’s Northeast. At the time of this writing, 17 people have already died.[9]

Although there was an outbreak last year, it only infected a total of eight people, half of whom died. For an Ebola case as deadly as this one, you have to go back to 2014 when a separate outbreak from the famous one in West Africa managed to leave 49 Congolese dead. While this year’s may not reach those bloody heights, it has already sent the town of Bikoro into a state of panic.

DRC is the country most frequently affected by Ebola. It has nine outbreaks in its history, the deadliest of which occurred in 1976. Spurred by the 2014 outbreak, neighboring countries are now enacting plans to stop the virus from crossing their borders.

1 Argentina Went To The IMF 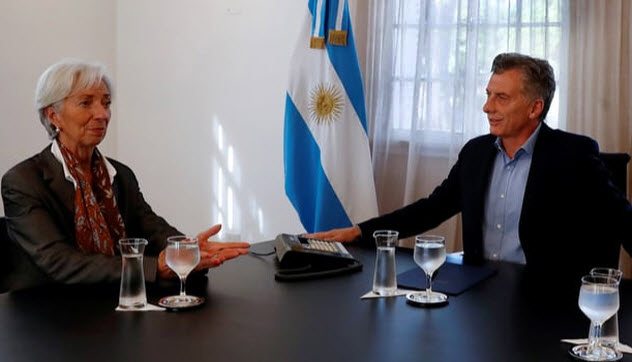 In 2001, Argentina announced the largest debt default in world history at that time. Spurred by the International Monetary Fund (IMF), the country made a deal with a financial devil and unleashed a crisis on its own people. There were protests and riots. Governments collapsed. The middle class was nearly wiped out. When the dust finally settled, the IMF was heavily implicated in the catastrophe. For years, Buenos Aires refused to deal with the institution.

Which is why this week’s news caused such controversy in the Latin nation. President Mauricio Macri announced that he was seeking a $30 billion loan from the IMF to stop the peso from collapsing. For many Argentines, it was a reminder of their nation’s darkest days.[10]

The IMF’s loans always come with conditions attached. As we saw in Greece, these conditions—austerity and contracting the economy—are often necessary and nearly always unpopular. But while Athens managed to swallow its bitter pill, many Argentines still consider the IMF their archenemy. If the latest loan begins to even vaguely resemble the catastrophe at the turn of the century, expect a political earthquake.