After a couple of blissfully massacre-free weeks, this week opened with not one but two separate jerkwads deciding to take out their problems on the world by killing a bunch of people. Depressing as these two events were, the news wasn’t all doom and gloom. Elsewhere we had new velvet revolutions, scientific advances, and big steps toward the federal legalization of marijuana. 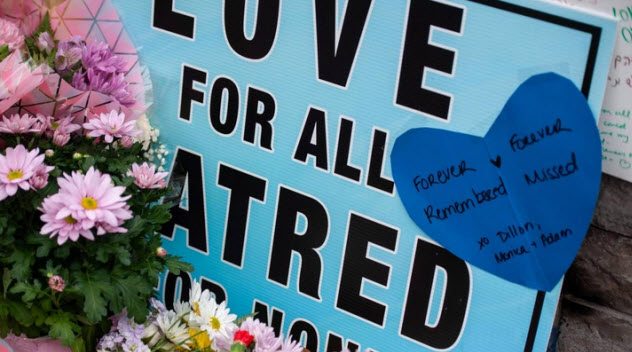 This column has noted before the recent tendency of morons to use vehicles as their weapons of choice. Typically, this has been related to Islamist terrorism but not exclusively. On Monday, Alek Minassian bucked the trend by smashing a van into crowds walking along Toronto’s Yonge Street, leaving 10 dead and 14 injured.

His pathetic apparent motive? No women wanted to sleep with him.[1]

Just before committing mass murder, Minassian posted a message to a Facebook incel community praising Elliot Rodger, the rampage shooter who killed six in California in 2014. Rodger was a rampant misogynist who existed on the fringes of the incel community—a loose online grouping of men who are “involuntary celibates” and usually blame women for their problems. Like Rodger before him, Minassian is alleged to have deliberately targeted women.

Thankfully, Minassian was taken alive. Cop Ken Lam was first on the scene after the van crashed and Minassian leaped out, claiming to have a gun. Lam’s response? “I don’t care.” He arrested the killer, who will now have to face justice. 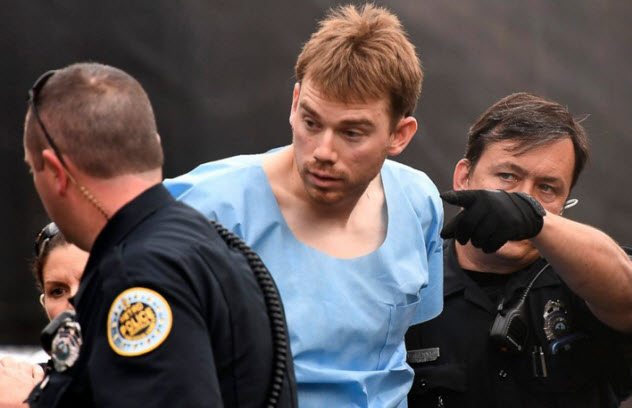 Although four people died, several more were injured, and the gunman was disarmed by a wounded, unarmed man with sheer bravery coursing through his veins, the Waffle House mass shooting on Sunday will likely be remembered for one bizarre detail. After allegedly committing mass murder, Travis Jeffrey Reinking fled the crime scene on foot. According to police reports, he was semi-naked.[2]

Reinking was known to police. Among other incidents, he’d previously tried to breach the White House perimeter. A sovereign citizen, he’d apparently wanted to talk to President Trump. His guns had been confiscated after this, but his father had managed to get them back and returned them to his son. Thanks to his actions, four people are now dead.

Reinking was apprehended late Monday after a 34-hour manhunt. He is currently under suicide watch, awaiting trial. 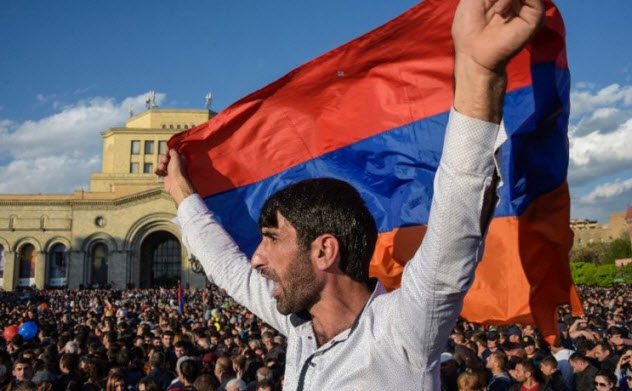 Last week, we told you about the mass protests gripping Armenia, a poor nation in the Caucasus region. Former President Serzh Sargsyan had just been appointed prime minister after serving out his constitutionally allowed term . . . having previously stripped the presidency of its powers and given them all to the PM’s office. At the time, we noted that mass protests had previously failed to stop Sargsyan’s power grabs and seemed unlikely to this time.

How wrong we were. On Monday, Sargsyan stepped down. By that point, nearly a quarter of the country was estimated to be marching against him.[3]

The lack of deaths or violence has led to the movement being called a “velvet revolution,” a reference to the anti-Communist Czechoslovak revolution of 1989 in which not a single shot was fired. However, Armenia isn’t out of the woods yet.

Sargsyan’s Republican Party is still in power, and protesters are still marching, demanding the entire government’s resignation. Will Armenia finally see the change it desperately needs? We’ll find out in the coming weeks. 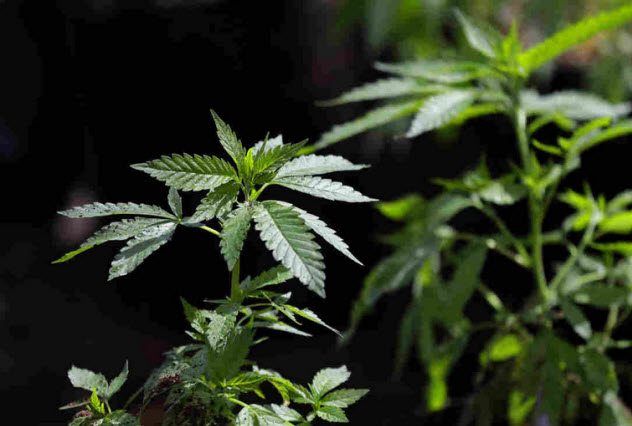 Chuck Schumer is one of the most powerful Democrats in the United States. As Senate minority leader, he’s about as mainstream as you’re gonna get. Which is what makes his announcement last Friday so interesting. In honor of 4/20, pot’s unofficial day, Schumer declared his support for the decriminalization of marijuana.[4]

He joins former Republican House speaker John Boehner, who had joined the board of a cannabis company just a week earlier, signaling his intention to advocate for legalization. It now looks like the pro-pot faction has the wind in their sails. As more states make weed legal and reap the tax windfall, it appears to be only a matter of time before the federal government follows suit.

This is a huge about-face from only a handful of short years ago. As recently as 2017, the idea that a Senate leader and a former House speaker would vocally come out for drugs would have seemed absurd. But these things move pretty fast. It now looks like we’ll see legal pot before the decade is out. 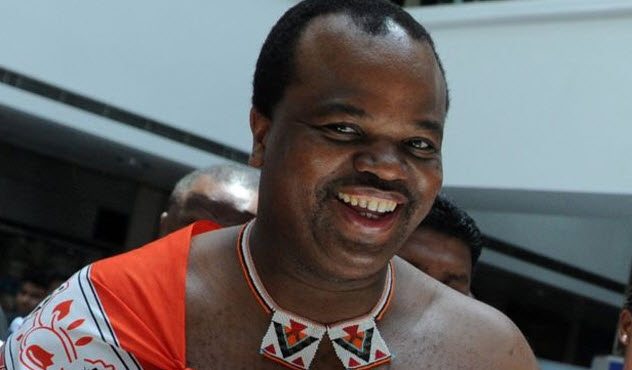 The former British colony of Swaziland is one of the last absolute monarchies left in the world. Pretty much whatever the king says goes, which leads to some occasionally bizarre pronouncements. Such was the case late last Thursday, when King Mswati III unveiled his latest decree. Effective immediately, he was changing Swaziland’s name to eSwatini. Swaziland is no more.[5]

The name “Swaziland” was a colonial-era hangover, sort of like if Ukraine was still called “the Ukrainian Socialist Soviet Republic” or Ghana was still known as “the Gold Coast.” While most countries changed their names at independence, eSwatini waited 50 years until the king himself turned 50.

Interestingly, King Mswati III moved the country’s official day of independence to coincide with his birthday this year—because that’s the sort of weird thing you can get away with when you’re an absolute monarch.

Despite the name change, eSwatini is still a struggling land. It has the world’s highest prevalence of HIV and one of the lowest life expectancies. And it is sandwiched between the two regional superpowers of South Africa and Mozambique. 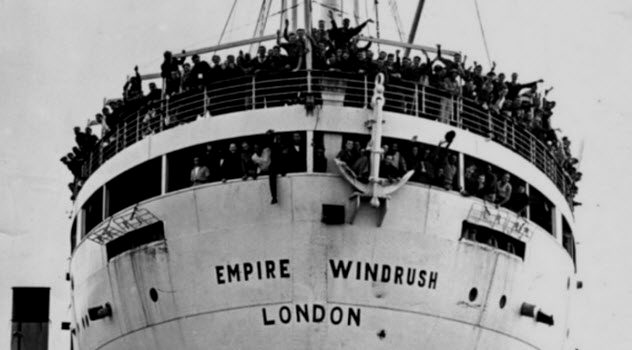 For the last two weeks, the UK government has been embroiled in a scandal of its own making. Shortly after the end of World War II, London legalized immigration from all Commonwealth nations. Until the early 1970s, anyone arriving in Britain from India, Pakistan, Canada, Jamaica, Australia, or any of dozens more nations were automatically considered UK citizens, whether or not they acquired a UK passport.

This last part is important because it meant many of the so-called Windrush generation (the first boat to bring Caribbean immigrants was called the Empire Windrush) only had a single document held by the government confirming their legal status. In 2010, the Conservative–Liberal Democrat coalition ordered the destruction of these documents. Under Theresa May’s watch, the Home Office then began deporting Windrush immigrants even though they had every legal right to remain.

The scandal blew up a week or two ago. But this week, it picked up even more steam when current Home Secretary Amber Rudd admitted that Windrush immigrants had been deported to fulfill arbitrary quotas. The resulting political storm has badly damaged Theresa May’s government and caused much unnecessary suffering for elderly British citizens who just happened to be born in the former empire.[6] 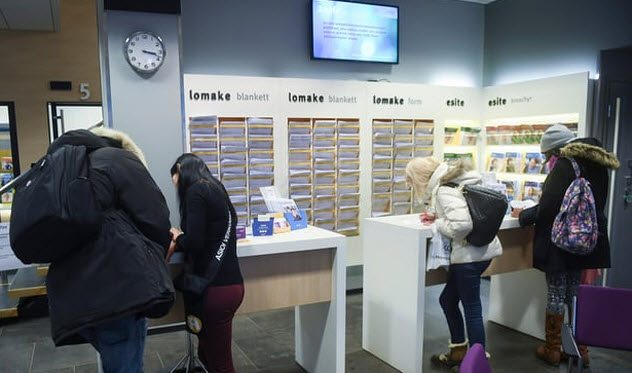 Universal basic income (UBI) is held by some as the holy grail of 21st-century society. A guaranteed monthly stipend for the entire population of a country, whether they’re working or already rich, is held by some on the left to be the only workable safety net in the coming age of automation and by some on the right to be the perfect way of freeing citizens from a stifling welfare state.

In short, it is a serious movement that many are touting as the next big thing in policymaking. This week, though, it suffered a setback. After being a leading light for UBI for two years, Finland finally closed its experimental program. The world’s only large-scale UBI pilot is now officially dead.

The Finnish trial provided 2,000 unemployed people with €560 a month, which they continued to receive whether they got a job or not. The social security agency had asked for more funding to give a random sample of 2,000 employed people the same benefits. Instead, Helsinki nixed the program before any firm conclusions could be drawn.[7]

3 We May Have Spotted The Largest Structure In The Universe 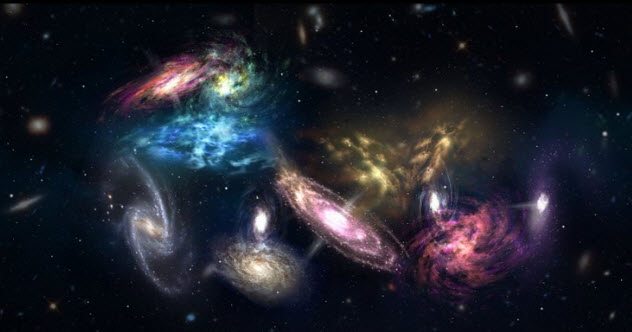 Billions and billions of years ago, 14 young galaxies erupting with new, dazzling stars crashed into one another. The resulting cataclysm was probably all sorts of destructive, but it eventually resulted in the formation of a gigantic galactic cluster infinitely denser than our Milky Way and likely the most massive thing in the observable universe.[8]

About 12.4 billion years after this violent merger took place, the light of this ancient catastrophe finally reached Earth. Revealed by an international team in Nature this week, it not only marks the discovery of the biggest thing in the night sky but also threatens to rewrite everything we know about the universe’s origins.

The 14 super bright galaxies are known as starbursts, galaxies that form new stars at a tremendous rate. The weird part? We wouldn’t expect that many of them so close to the dawn of the universe. Nor would we have expected a galaxy cluster to form in such an impossibly ancient period. It may just be time to rewrite our entire timeline of the universe’s birth and early childhood. 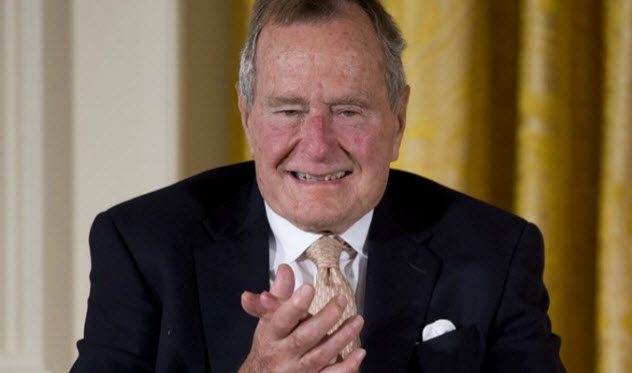 Fortunately, the 41st US president survived and was moved out of intensive care on Wednesday. At the time of this writing, though, he remains ill and under close observation.[9]

The likelihood is that Bush will pull through this current malady and live to fight another day. However, his brush with death highlights the fact that two of America’s surviving presidents likely won’t be around much longer. Jimmy Carter is 93 and in ill health, a description that also applies to George H.W. Bush. It could be that we’ll soon lose two members from the tiny club of surviving US presidents. 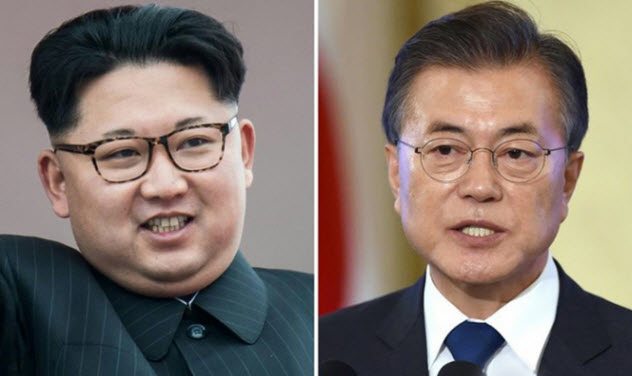 By the time you read this, Kim Jong Un and President Moon Jae-in of South Korea may have made history. No, not by Kim blowing up everything in a 1,450-kilometer (900 mi) radius but by taking some serious steps toward peace.

At 9:30 AM local time Friday, Moon is scheduled to meet Kim at the border between North and South Korea. They will then walk together to a summit on the southern side of the Demilitarized Zone (DMZ). It will be the first time since 1953 that a North Korean leader has set foot on South Korean territory.

Since this column is filed a few hours before the deadline, we don’t yet know how these talks will go. The hope, though, is that Kim and Moon may sign a peace agreement formally ending the 1950–53 Korean War, while also paving the way for a possible summit between Kim and President Trump later in the year.[10]

North Korea is difficult to read and has given plenty of reasons to doubt its commitment to peace in the past. Still, this time, Pyongyang could be for real. Hey, anything that might lead to the denuclearization of the peninsula is worth a shot.