If you drink caffeinated beverages, you may have experienced your heart racing from drinking far too much. This is the first sign of a caffeine overdose. Maybe you have experienced a massive headache and irritability when you go without your morning cup of coffee. This is caffeine withdrawal.

Few people stop to recognize that caffeine is an addictive and dangerous drug that we pump into our bodies every time we need a boost of energy to meet a deadline. Our society has normalized this as part of a daily routine.

By downplaying the potency of caffeine, people do not realize that it’s possible to die from consuming too much. Here are 10 stories of people who have died from a caffeine overdose. 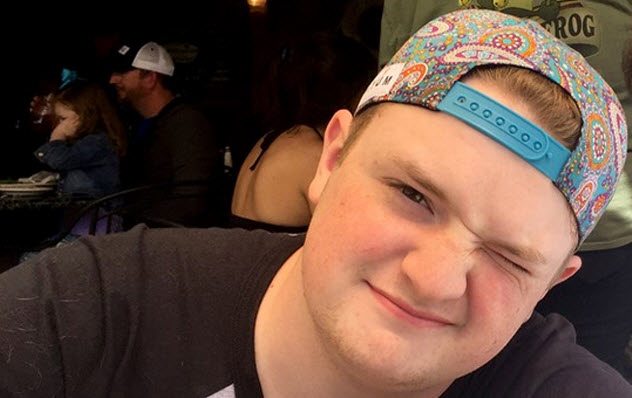 A 16-year-old named Davis Cripe was a lot like many kids in high school in South Carolina. He was a healthy and happy guy who played the drums and stayed out of trouble.

His school allowed the kids to leave during their lunch break, and he owned his own car. So he drove to McDonald’s and bought a cafe latte. He downed a Mountain Dew while he ate his food and chugged an energy drink in a few gulps before he walked into art class.

The high levels of caffeine increased his heart rate so much that Cripe had a heart attack and collapsed on the floor of the classroom. The teacher called 911, but it was already too late. A representative from the FDA spoke about Cripe’s death, saying that the issue was too much caffeine in such a short period of time. This could happen to almost anyone, even without a preexisting heart condition.[1] 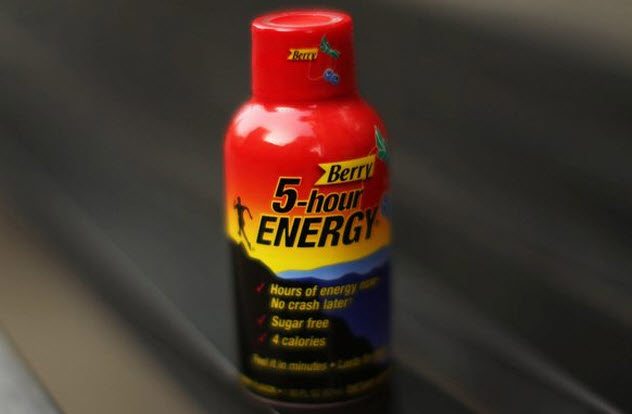 People who don’t want the excess calories from drinking a sugary energy drink or coffee may think that chugging an energy shot mixed with vitamins and caffeine is the solution for staying awake at work or school. However, these products are so small that people underestimate just how powerful they truly are.

From 2009 to 2012, 5-hour Energy drinks may have killed 13 people and sent an additional 33 to the hospital. Dr. Sean Patrick Nord, USC director of the Section of Toxicology, has compared drinking several energy shots per day to consuming 30–40 cups of coffee. If a person has more than one in a short period of time, it’s really not surprising if the energy drinks kill him.[2]

The company that makes 5-hour Energy shots dismisses these stories as just “claims” that their drinks caused people’s caffeine overdoses and has refused to change the formulas of their products. Manoj Bhargava, the founder and CEO, said that people should use these products as directed. Comparing energy shots to water, Bhargava said, “If you have too much [water], you drown.”

8 FCKD UP And Four Loko 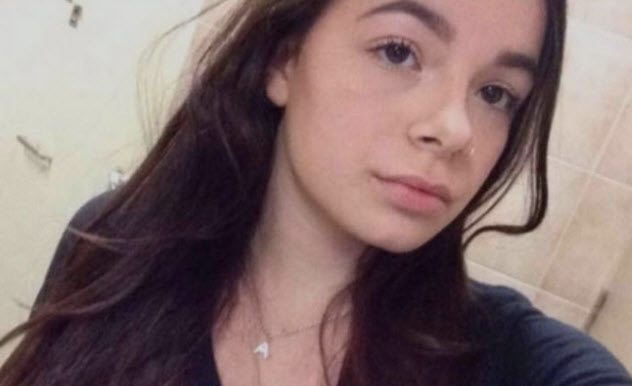 In the United States, mixing caffeine and alcohol in the drink Four Loko caused several young people to begin acting crazy. Some of them even died. These drinks are high in alcohol content. But they come in different fruity flavors, so they are easy to drink quickly. The addition of caffeine makes someone drunk more quickly and can trigger personality changes.

Even for someone with a high alcohol tolerance, just one Four Loko is enough to get someone very drunk. For young people who have no idea what they are doing, it’s easy to get carried away.

In 2010, Four Loko came under investigation by the US Food and Drug Administration. As a result, Phusion Projects, which makes Four Loko, removed the caffeine from their alcoholic beverages.

This was prompted by the death of 20-year-old Jason Keiran, who was drinking at a college party. He had three Four Lokos, which is like drinking 18 light beers and several cups of coffee. The caffeine-alcohol combo caused him to fall into a manic state, and he shot himself. Keiran’s family sued the company.[3]

Maybe the Canadian drink company Geloso Group, makers of the drink FCKED UP, didn’t get the memo about what happened with Four Loko because a young girl from Quebec died in 2018 from the caffeine-alcohol mix in FCKED UP. Athena Gervais was just 14 years old.

She had gone to an outdoor party in the woods behind her school and consumed some FCKED UP. The drink caused her to act strangely, and she went missing shortly afterward. Her body was found in a stream a few days later. 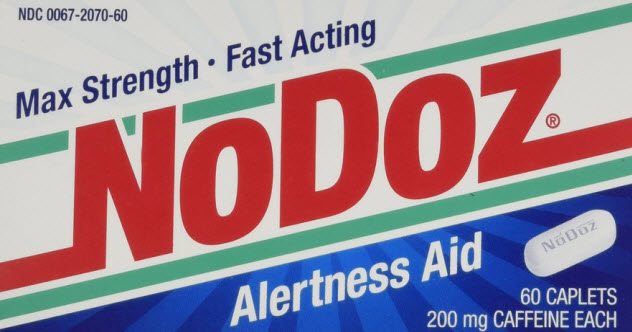 Nineteen-year-old James Stone was determined to get a job in 2007. He felt that he needed caffeine to stay awake and power through sending out as many online applications as possible. He began taking No-Doz caffeine tablets at his parents’ home to help him stay awake. There was no warning label on the product about limiting consumption of the pills. It just said that it was like drinking a cup of coffee.

So, when one pill did not feel like it was giving him the results he wanted, Stone took 25–30 tablets in a short period of time. After a little while, he didn’t feel well. He got up to use the bathroom and collapsed on the floor from a heart attack.

A spokeswoman for Novartis, the maker of No-Doz, said that James Stone’s was the first recorded death from taking their product and that No-Doz is FDA approved and safe. After some digging, Stone’s doctor found that at least one other young adult had died from consuming an entire bottle of No-Doz on a dare in 1998.[4] 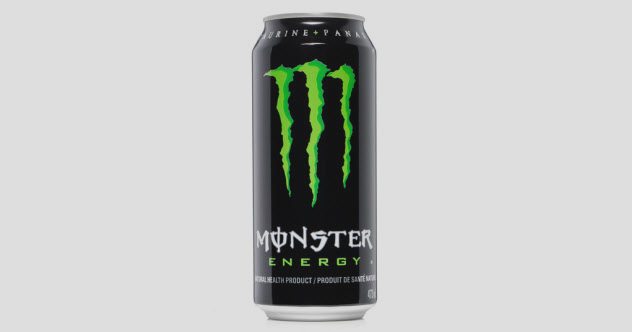 As caffeine increases your heart rate, it’s not a good idea to do any exercise right after consuming it. However, Monster Energy drinks often advertises with pro skaters and other athletes who appear to drink these products and immediately engage in physical activity afterward. Not only is this giving teenagers the message that this is okay, but it even encourages the same behavior, as if the drinks will enhance athletic performance.

In 2015, 19-year-old Dustin Hood drank three-and-a-half cans of Monster Energy drinks in a 24-hour period and then went to play a basketball game.[5] When combined with the exercise, the amount of caffeine that he consumed was enough to give him cardiac arrhythmia according to a lawsuit filed by his father. Dustin collapsed during the game and died in the hospital.

This is not the only time that Monster Energy has come under fire for marketing to teenagers. In 2012, they were sued for the death of a 14-year-old girl who consumed only two cans.

The company has also been the subject of a class action lawsuit for promoting their drinks as regular soft drinks or beverages even though the products are classified as dietary supplements with the FDA. This classification allows the company to avoid listing ingredients on the product and complying with other consumer safety regulations as required by the FDA for standard beverages. 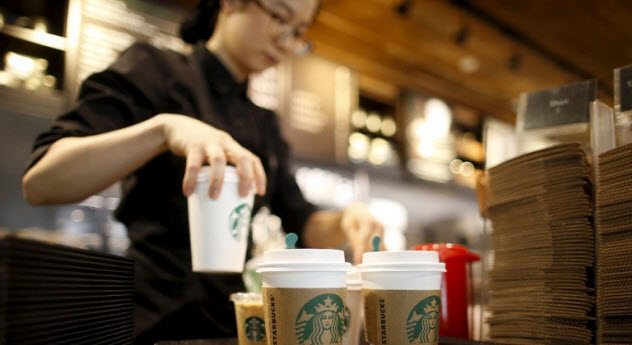 Most defenders of caffeine will say that the drug is only an issue when someone consumes energy drinks because coffee is so much safer, right? Not so much.

In reality, one 12-ounce cup of Starbucks coffee is like drinking three cans of Red Bull. The frightening part is that 12 ounces is Starbucks size “tall,” which is synonymous with a small. It goes all the way up to trenta, which is 31 ounces. Don’t worry. It gets worse.[6]

In March 2018, a California court found that a chemical called acrylamide is formed when coffee beans are roasted and that acrylamide has been linked to a risk of getting cancer. The nonprofit Council for Education and Research on Toxics had filed a lawsuit to get a warning label added to coffee cups by California retailers like Starbucks.

Of course, the companies are continuing to fight this in court because they are afraid it will hurt their bottom line. Not all experts agree with the judge’s decision. 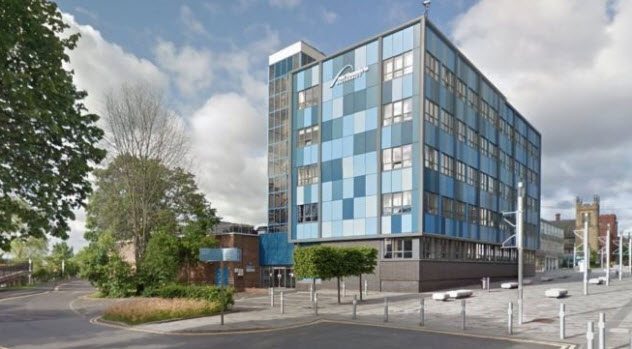 As previously mentioned, mixing caffeine and exercise is dangerous. In 2015, researchers at Northumbria University wanted to conduct an experiment to see just how much caffeine a human body can take while working out.

Sports science majors Luke Parkin and Alex Rossetta were administered caffeine powder that was the equivalent of 300 cups of coffee. Then they worked out while hooked up to a heart monitor. Considering how many people have died after consuming much smaller amounts, it’s not surprising that the students began to show signs of a serious overdose.

They were rushed to the hospital. Thankfully, Parkin made a full recovery. But Rossetta’s brain was damaged after the experiment, and he now suffers from short-term memory loss.

The school made a formal apology in the media, and they were fined £400,000 for their mistake. It was concluded that the researchers who conducted the experiment had absolutely no idea what they were doing and should have never been running that test in the first place.[7] 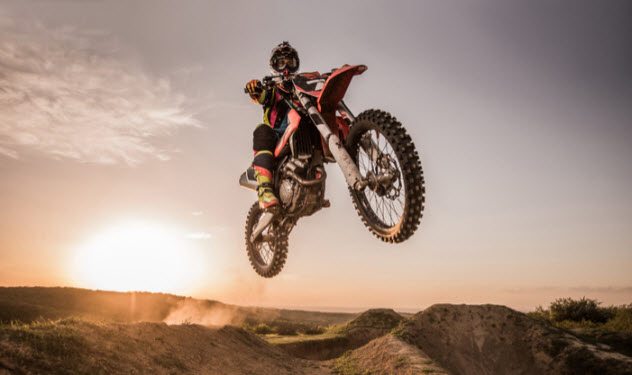 Even when sitting still, riding a motorcycle can make your heart race. A 28-year-old amateur motocross racer had consumed 7–8 cans of an unnamed energy drink in 2007 just before he got on his bike.

He won some of the races. After his second race, however, he developed a dull ache in his chest. Since he was so young, he didn’t realize that he was having a heart attack. He continued to race and eventually collapsed.

At the hospital, the doctors concluded that there was no discernible reason for his heart attack except for the energy drinks. They performed a cardiac catheterization and released him six days later. The medical report did not specify which energy drink was to blame for the heart attack, but he came very close to dying from the excess caffeine.[8]

Yes, we know this one didn’t die. But we thought it was important to let you know how easily you can miss the signs of a heart attack from too much caffeine when you think you’re too young or too healthy to die. 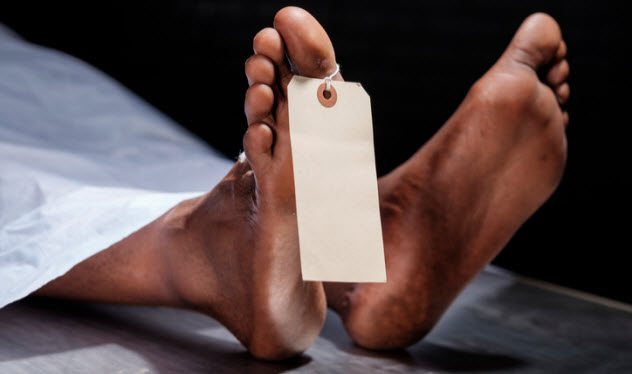 You may not have heard of the energy drink called “Bullet,” but it is a cheap and popular caffeinated beverage in several countries, including Nigeria. In 2014, a man named Elijah Nwankwo, who was living in the state of Ebonyi, accepted a $100 bet from one of his friends that Elijah could not consume eight Bullet energy drinks by himself.

Nwankwo took on the challenge and began chugging them one after another. He collapsed and slipped into a coma. His friends rushed him to the hospital, but it was too late. He lost the bet—and his life.[9]

There is very little information on Bullet online, and there doesn’t seem to be requirements to disclose just how much caffeine is in these drinks. Just like everywhere else in the world, the company has paid athletes to pose holding cans of their products and pushes consumers to buy multipacks. 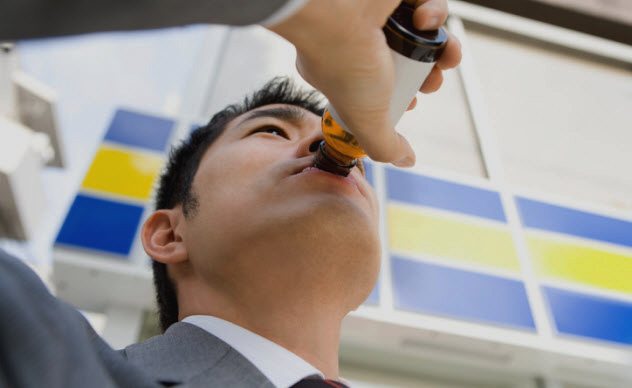 In 2015, a man in his twenties was working at a 24-hour gas station in Japan. His shift was from midnight until 6:00 AM. He needed to stay awake during the day and go back into work that night. He figured that he could pull this off if he drank enough caffeine. Unfortunately, he died of an overdose.

After this news came out, one Japanese energy drink company voluntarily warned people not to consume too many in a short time and not to mix energy drinks with alcohol.

Shannon Quinn is a writer from the Philadelphia area. You can check out her website or find her on Twitter.

For more ways that food and drink can kill you, check out 10 Vegetables That Have Killed Humans and 10 Ways Water Can Kill You.