It has been reported that the world-renowned and highly trusted Smithsonian Institution was allegedly accused in a lawsuit of covering up the existence of giant humans in our past.[1] Some of their skulls may have had horns, others double rows of teeth! Some supposedly had six fingers and elongated heads and carried giant weapons. According to the report, a ruling by the US Supreme Court is what forced the world’s largest museum to release classified documents from its early 19th century archives, going far in proving the allegations.

The evidence, along with testimony from Smithsonian whistle-blowers, was said to show that thousands of giant skeletons between 183 and 366 centimeters (6–12′) tall were dug up all over the United States—only to be destroyed under direct orders from high up in Smithsonian management. Indeed, a surprising number of reports of giant skeletons do exist in old newspapers. All the same, you might want to take these claims with a bag of salt. 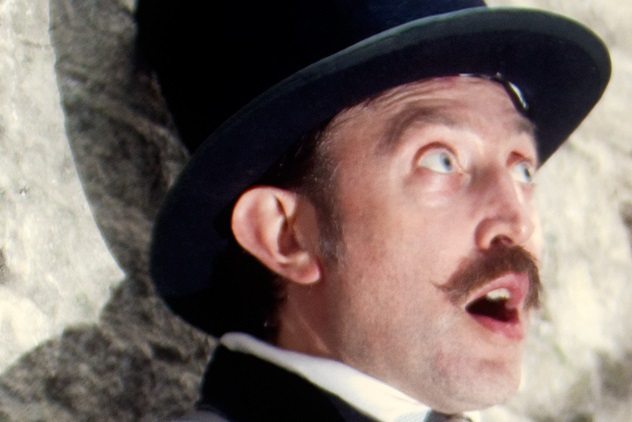 A creepy human skull with horns was claimed to have been found along multiple horned skulls and 213-centimeter-tall (7′) skeletons to go with some of them. The obviously human remains were allegedly excavated from an ancient burial mound near Sayre, Pennsylvania, in the 1880s. The horns were about 5 centimeters (2 in) in length, pointed, and extended from just above the eyebrows. The excavation was supposedly done by a trusted group of investigators, including Dr. G.P. Donehoo, who was the Pennsylvania state historian, and two professors, A.B. Skinner and W.K. Morehead.

The remains were thought to have been buried around AD 1200. They eventually ended up in Philadelphia, at the American Investigating Museum, but were apparently stolen and haven’t been seen since. There have been claims of horned human skulls excavated in Texas and New York as well.[2]

9 The Mysterious Mounds Of Iowa 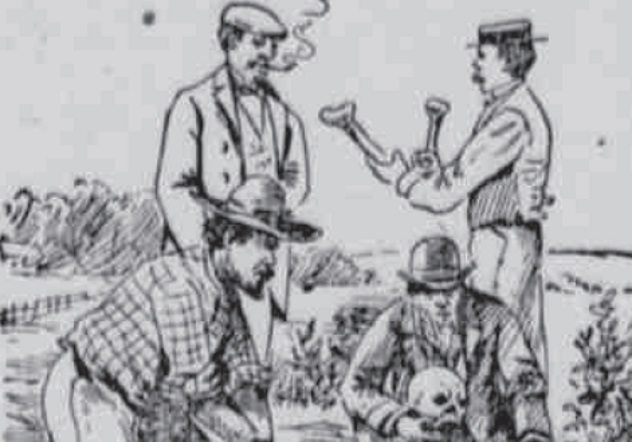 Archaeologists supposedly came upon some very strange scenes when they started excavating Native American burial mounds around the state of Iowa. A newspaper article from 1897 describes it as “a matter of official record” that scientists dug up the bones of a 229-centimeter (7’6″) giant human skeleton. Unfortunately, the bones crumbled to dust when brought out into the air, but the team did find many artifacts with the corpse. These artifacts strongly suggested he was of high status (in more ways than one).[3]

In another Iowa mound, archaeologists allegedly uncovered a large chamber in which they found 11 skeletons, all kneeling with their backs to the walls. They were arranged in a circle around a giant seashell that they used to drink from. Mass suicide maybe? They also found a curious copper-colored dust that gave out such a stench when disturbed, to the point that they had to quit working until it dissipated. They believed it was dust from the dead after being deboned and cremated—something early Native Americans were thought to have practiced.

8 The Giant Of The Ozarks 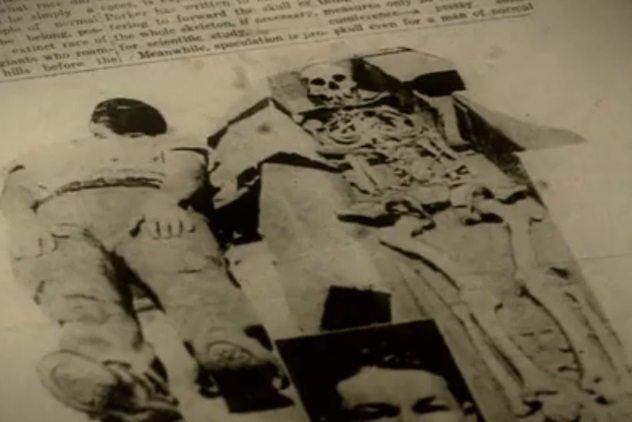 In 1933, near Steelville, Missouri, a small resort town in the Ozarks, a local boy named Billy Harman was out hunting for arrowheads in a cave. He got much more than he bargained for. He was searching in Puckett’s Cave near the Meramec River when he reportedly discovered human remains in a hole he was groping around in.

Being only 16, the handful of human bones he pulled out scared him, and he took off for home. Harman eventually gathered up the courage, and some help, to go excavate the hole. The story goes that the team recovered the entire skeleton of a 244-centimeter-tall (8′) giant.[4]

7 Biggest Skeleton Ever Found (In Ohio) 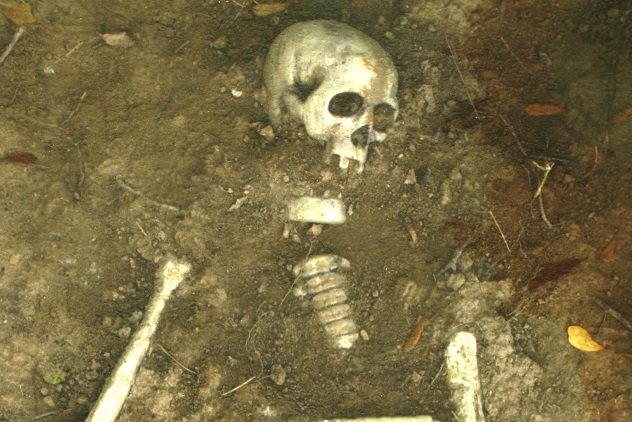 On January 21, 1899, the Miamisburg Daily Telegraph printed the headline “Gigantic Body Recovered” right after the largest human skeleton ever, or so they thought at the time, was reportedly discovered in Ohio. Scientists estimated the person was just over 244 centimeters (8′) tall. The strange remains were excavated by Edward Kaufman and Edward Gebhart about 0.8 kilometers (0.5 mi) from Miamisburg in an area known to contain artifacts from the early Native American mound builders who lived in the area millennia ago.

What apparently really puzzled the archaeologists was that the bones were fossilized, suggesting a very extreme (prehistoric) age. Another perplexing problem was the creature’s apparent physique, which was allegedly proportioned like a human but had a skull more like that of a gorilla.[5] 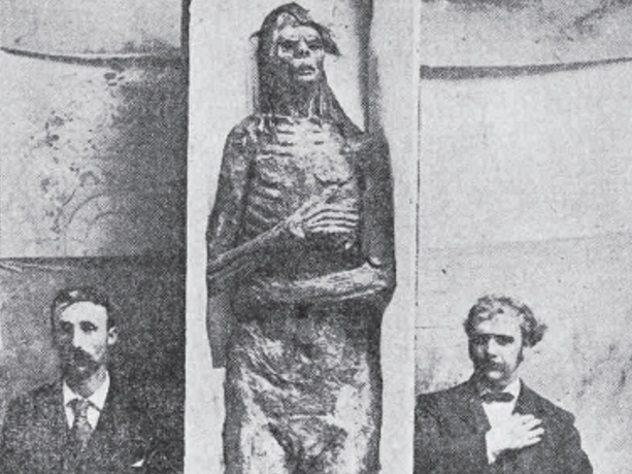 On October 7, 1895, a paper called The World reported that the “biggest giant ever known” had been dug up near San Diego. The newspaper article went on to describe the discovery of a 274-centimeter-tall (9′) mummified Native American and claim that the find was well-authenticated by scientists. This included Professor Thomas Wilson, the curator of the Department of Prehistoric Anthropology at the Smithsonian Institution, and others.

At the time, they didn’t have the luxury of carbon-14 dating, so they had to use local records, which went back some 250 years. The scientists were said to be puzzled by the fact that there was no mention of a people with this type of gigantism in the archives. (Of course, Native American legend wouldn’t count or be reported in papers.) The mummy was thought to be prehistoric and had the remains of some kind of hood on his head. They also determined that the being was very old in age when he died.[6] Others branded the San Diego Giant as a hoax. 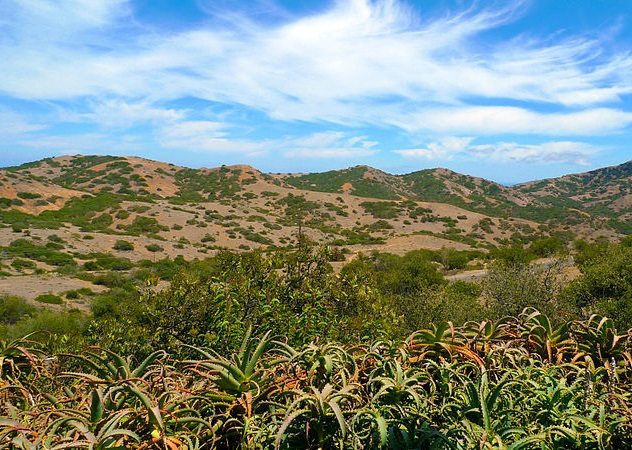 It is claimed that from 1919 to 1928, an amateur archaeologist named Ralph Glidden dug up more than 800 ancient burial sites from around 100 different locations, all on Catalina Island. He supposedly found many thousands of artifacts and almost 4,000 human skeletons. Glidden claimed that a race of fair-haired and very tall Native American people used to live there and on the other islands. The males averaged 213 centimeters (7′) tall, while the tallest was over 274 centimeters (9′).[7]

Most think he was just hoaxing people to make money, but one shouldn’t be so sure considering this list as well as other supposed finds of giants in California and elsewhere around the globe. For instance, according to two newspaper articles from the same week of July 1913, the Daily Telegraph and Pittsburgh Press, a scientist, Dr. A.W Furstenan, excavated a 244-centimter (8′) skeleton on Catalina Island. He found artifacts, but they weren’t of ordinary Native American design, and he also found a large, flat stone with unreadable symbols on it. While in Mexico, Furstenan heard rumors of another giant race of fair-haired people that had lived in the area long ago. Again, the bones supposedly turned to dust after excavation.

4 A Giant Mystery In Wisconsin 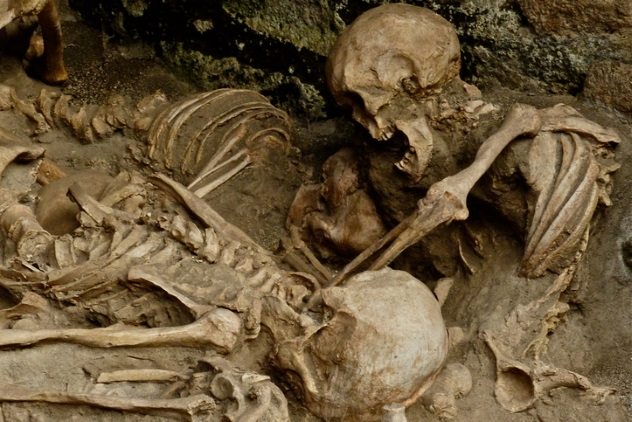 The New York Times reported on May 4, 1912, the wild discovery of 18 giant skeletons in Southwestern Wisconsin. The human remains were excavated by the Peterson brothers, near Lake Delavan, with “several strange and freakish features.” They ranged in height from 231 to 305 centimeters (7’7″–10′) tall, with huge, elongated skulls, much larger than any other North American race known at the time. Many of the skulls had double rows of teeth, with the teeth in the front of the jaw being molars, not incisors.[8]

Scientists of the time thought the elongated skull might indicate a longer life span. Finds of giant skeletons were reported often prior to the 1950s and many times in Wisconsin. For example, another New York Times article on August 10, 1891, reported a discovery by the Smithsonian Institution of pyramidal monuments on Lake Mills, near Madison, Wisconsin. According to the scientists of the day, Madison was once a huge population center (which they dubbed “Fort Aztalan”) housing no less than 200,000 inhabitants.

3 Another Skeleton With Two Rows Of Teeth 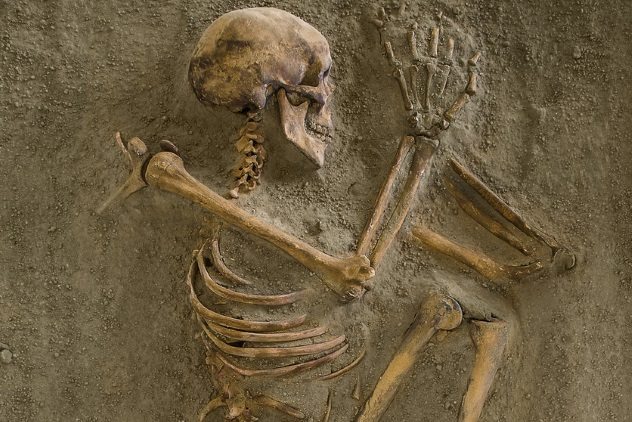 In 1833, a 366-centimeter-tall (12′) human skeleton was supposedly accidentally unearthed by soldiers who were digging an ammunition dump near Lompock Rancho, California. The skull had a double row of teeth and was surrounded by artifacts indicating a high status. There were also porphyry blocks with strange markings and drawings on them, which also puzzled the scientists back then.[9]

There isn’t much documentation on this extraordinary find, and it’s not surprising, either, considering the implications to mainstream science. 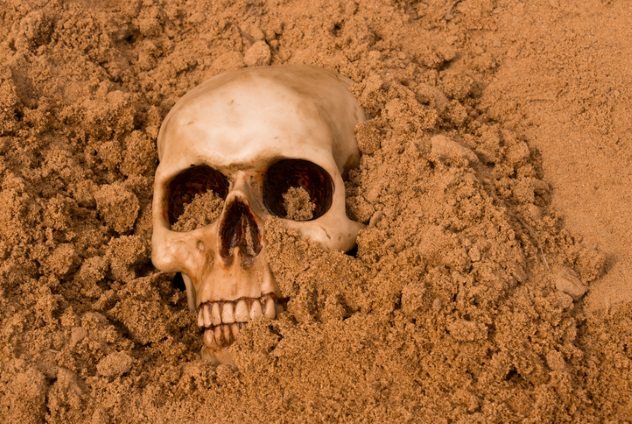 Believe it or not, it was reported in 2015 that what may be the largest human skeleton ever found was unearthed near Ayers rock (a very mysterious place in itself and sacred to the Aborigines) in Uluru-Kata Tjuta National Park in Australia. A team of archaeologists from the University of Adelaide supposedly excavated the skeleton, which is a whopping 528 centimeters (17’4″) tall! A man identified as Professor Hans Zimmer, of the University of Adelaide, was forced to concede, “The discovery of the Uluru archaeological site [ . . . ] already took us by surprise, but this new find is just jaw dropping. Theoretically, a five meter-tall hominid cannot exist.”[10]

Is this report even true? If it is, how could such a giant be possible? The alleged gigantic human specimen was found near the only known megalithic ruins in Australia, which also perplexes the scientists even more. 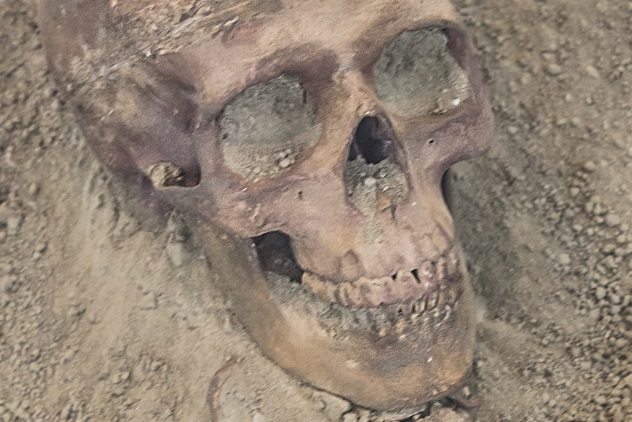 That was the headline in an 1870 edition of the Oil City Times, which was reporting the find in West Hickory, Pennsylvania, of not only the largest human skeleton ever reported being discovered but the strangest, too. The being they excavated was estimated to have been an enormously ridiculous 549 centimeters (18′) tall! Even more bizarre, they reportedly found a huge, rusty iron helmet and a giant sword 2.8 meters (9 ft) long.[11]

They also reported that the skeleton was in excellent condition and very white and that the teeth were all there and in place in the huge skull and were of double rows. Interestingly enough, the bones were claimed to have been excavated from a depth of 3.7 meters (12 ft), which makes sense. It would be logical to think that a body that size would have to be buried much deeper than 1.8 meters (6 ft) . . . right?

I live in Northwestern Pennsylvania in the United States of America, in “one of the Original 13” I like to say, where I grew up with a fascination for collectibles like baseball cards, coins, stamps, and old bottles just to name a few. Always a self-starter, I’ve taught myself many different things and have ended up with a large variety of skills and hobbies in both old and new and have recently started putting them to use in the Internet. I have been writing in several capacities for several decades.

Read about more alleged finds and theories that paint a very different picture of history on 10 Alleged Discoveries That Suggest Giants Existed and 10 Alternative Theories That Could Change Your View Of History.