To Kill a Mockingbird and The Scarlet Letter are infamous examples of banned books. Published in 1960 and 1850, respectively, these books have had time to become integral parts of many educations even though some countries have decided that they will do more harm than good.

It’s hard to believe that books are still being banned in our current culture. Unfortunately, we haven’t moved past this type of censorship yet. This list takes a look at books that have been banned, challenged, or prohibited in the 21st century. 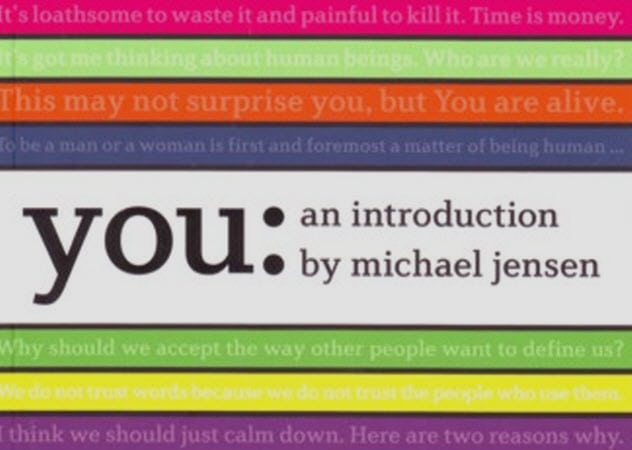 Sex education is a very controversial topic, with staunch supporters on either side of the argument. Traditionally, religious organizations have been on the conservative side, promoting ideas like abstinence-only education with a focus on monogamous, heterosexual relationships.

And that is the perspective that You: An Introduction takes. The book is geared toward answering some of the common questions that young adults ask themselves, like who they are or what their purpose is, from a biblical perspective.

Written by Michael Jensen, You: An Introduction was part of the SRE (Special Religious Education) in New South Wales before it was suspended by the Department of Education and Communities (DEC) in 2015. The DEC quoted departmental policy as the reason for the ban but would not give any more specifics. You: An Introduction was actually one of three books the DEC banned from use in SRE classes—classes that are optional in all New South Wales public schools.[1] 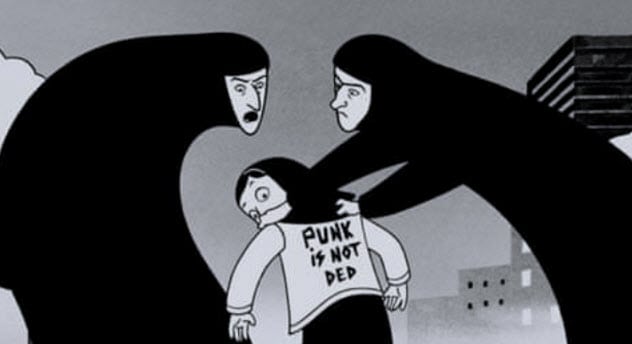 Publications like The Diary of Anne Frank prove just how valuable firsthand accounts can be. They make historical events personal and more relatable, and they provide a ground-level view of these events that can help the reader connect and understand much more than textbooks can.

Persepolis is the memoir of Marjane Satrapi, detailing what her life was like growing up in the midst of the Iranian Revolution. Written in the style of a graphic novel, Persepolis includes a number of potentially disturbing panels that depict torture methods used on Iranian dissidents.

In 2013, this was the reason cited when Chicago Public Schools pulled the book from seventh-grade classrooms. Officials expressed concern over the students’ ability to truly appreciate the book.

However, the American Library Association (ALA) called the removal “censorship.” The ALA brought attention to the fact that the book discussed themes like blocking access to education and questioning authority and was removed during a time when the district was closing numerous public schools.[2] 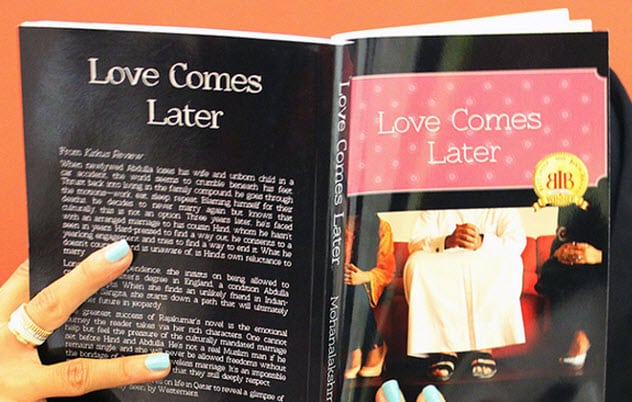 Love Comes Later is a novel by Mohanalakshmi Rajakumar, an English professor at a university in Qatar. The book was published outside of Qatar in 2015, but the government prohibited the printing and distribution of Love Comes Later in Qatar itself.

The novel tells the story of a Qatari man who is betrothed to his cousin after his first wife dies. Both of them have reservations about the match, but they also want to adhere to tradition. This struggle is one key conflict in the book.

At one point, the man kisses a woman who is not his fiancee. This is the reason that many suspect the book was banned despite the government failing to provide any reason for their verdict.

Rajakumar offered to revise problematic portions of the book, but she failed to receive a reply from the Qatari government.[3] Spies, classified secrets, an incriminating videotape—these are some of the elements of Edwin Giltay’s nonfiction thriller, The Cover-Up General. Published in 2014, the book details Giltay’s experience with an attempted Dutch government cover-up of the Srebrenica massacre, a Bosnian War conflict in which over 8,000 military-aged men and boys were brutally murdered.

In 2015, a Dutch spy claimed that she was falsely represented in the book. Later that year, the book was banned in the Netherlands by a court order. Giltay categorically denied providing false information, and in 2016, the ban was lifted by the Hague Court of Appeal, one of five appeals courts in the Netherlands.[4] With approximately 80 million copies sold worldwide, Dan Brown’s 2003 novel, The Da Vinci Code, is easily classified as a best seller. Being popular, however, has not stopped the book from coming under heavy criticism from many religious organizations. In fact, the Catholic Information Center (CIC) in Lebanon summarily banned the book five months after it was published.

The Da Vinci Code follows a symbolist and a cryptologist as they attempt to unravel the secrets of an ancient code. In the novel, an alternate religious history is presented. Jesus Christ marries Mary Magdalene and has children with her.

The CIC released a statement saying that the insinuations that Jesus Christ might have had a sexual relationship were “insulting to Christianity.” As such, they imposed a ban on the novel despite its alleged popularity in Lebanon.[5] 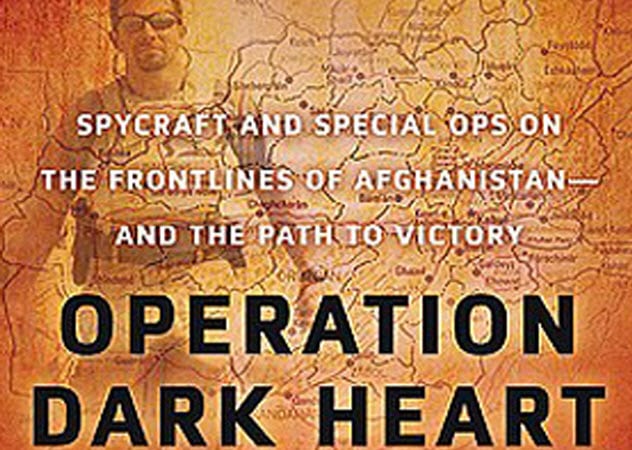 Books that are meant to expose secrets are always at risk of coming under heavy criticism from those who wants those secrets kept. The story of the censorship of Operation Dark Heart illustrates the extent to which some people are willing to go to protect certain information from coming to light.

The memoir Operation Dark Heart is centered around Army Reserve officer Anthony Shaffer’s experience leading a black-ops team in Afghanistan in 2003. When seeking to publish the book, Shaffer sought clearance with the US Army to ensure that the material included in the book was not classified. Given that clearance, he published the book on August 31, 2010.

Almost immediately, three government intelligence agencies (the Defense Intelligence Agency, the NSA, and the CIA) decided that the manuscript contained too much sensitive information. By September 20, 2010, the US Defense Department had spent over $47,000 to acquire and destroy 9,500 copies of the unredacted novel.

Unfortunately, the Defense Department was not able to get their hands on every copy of the unredacted book. So, although Operation Dark Heart was republished with a considerable amount of information redacted, all of the original pages are available online.[6] At the end of his reign in October 2016, Thailand’s King Bhumibol Adulyadej held the title of the world’s longest-serving monarch. During that time, he cultivated an image among his subjects of being benevolent and kind as well as uninterested in politics.

However, the first independent postmortem biography of the king cast him in a bit of a different light. In The King Never Smiles, author and journalist Paul M. Handley argued that Bhumibol actually preferred maintaining order over furthering democracy.[7]

Despite this pressure, The King Never Smiles was released in 2006. The Thai government issued a nationwide ban on it before it even hit the shelves. 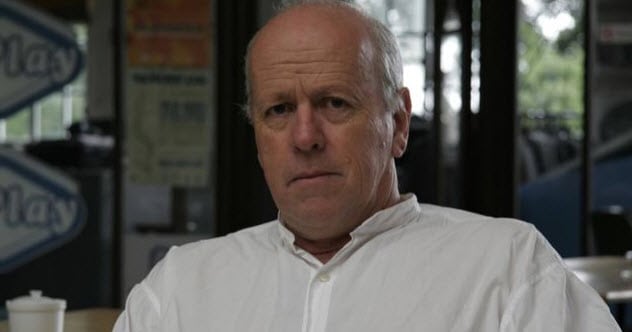 Many of today’s young adult novels try to tackle the same issues their readers are dealing with—bullying, belonging, and navigating puberty. This relatability is part of what makes them so popular, but many of these topics can also be controversial.

Ted Dawe’s Into the River is the story of a teenage Maori boy who has to deal with the abrupt change from his quiet rural life to attending school in the city. The book describes all of the boy’s experiences—good, bad, and in between. Among these experiences are drug use and sexual relationships.

Those scenes caused Family First, a conservative lobbying group, to object to the book. New Zealand’s Film and Literature Board of Review quickly followed suit, issuing a restriction on the book. Over the next two years, the book was reclassified twice, each time changing the age groups to which the book was available.[8]

All restrictions were lifted in 2015. 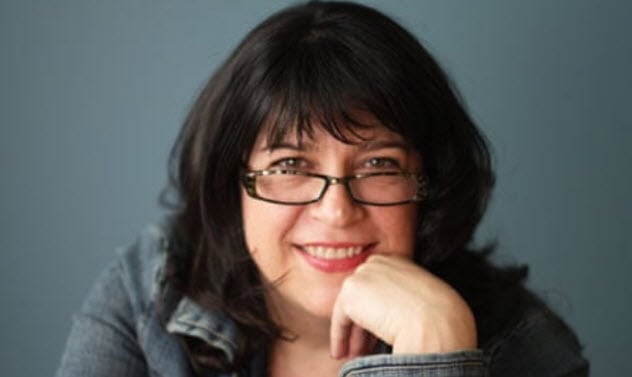 Many public and university libraries in the US have refused to stock the book, deeming it “pornography.” Entire countries, like Malaysia, have banned the whole series as well as the film adaptations, calling them a “threat to morality.”[9] The Peaceful Pill Handbook does not deal with politics, sex, or government secrets. It does, however, talk about suicide. More specifically, the book details how an individual might go about selecting the best way to commit suicide and discusses a number of options, including insulin or opioid overdose.

In many countries, suicide and assisted suicide are both illegal. But Philip Nitschke, the book’s author, argues that people have the right to their own lives, including the choice of when to end their lives. He went as far as to incorporate a section into the book on how to make Nembutal, a strong sedative, at home and how to administer it with the intent of euthanasia.

Australia took issue with the book largely because of its potential audience. As a result, the government made it a crime to sell or distribute The Peaceful Pill Handbook anywhere within the country. Nitschke intended the book to help the terminally ill. But other at-risk demographics, like the clinically depressed, would also have access to the book, which provides information on easy, pain-free ways of committing suicide.[10]

Marisa is a college student studying math and trying to figure out how mortgages work.

Read about more banned books on 10 Books That Were Banned For All The Wrong Reasons and 10 Stupidly Banned Children’s Books.