Snakes, spiders and bugs, oh my! Many things in nature have evolved—as a way to protect themselves or to hunt—that nasty, evil fluid we call venom.

Be it in their mouths, their butts, or their claws, so many creatures from invertebrates right up to things that may or may not be a mammal have developed the ability to inject us with venom that can do anything from rot our skin to liquefy our organs with a single dose!

Those unlucky enough to receive a bite or a sting from venomous creatures can suffer anything from a little swelling to death, and every extravagant, showy horror in between. None of us are truly safe from the hollow fangs of natures wrath, and since the only options for coping with this knowledge are endless terrified screaming or developing a definitely healthy and not at all concerning fascination with nature’s most morbid aspects, I vote we do the latter, and jump right into learning about the 10 most horrific, painful venoms nature has in store for the unsuspecting. 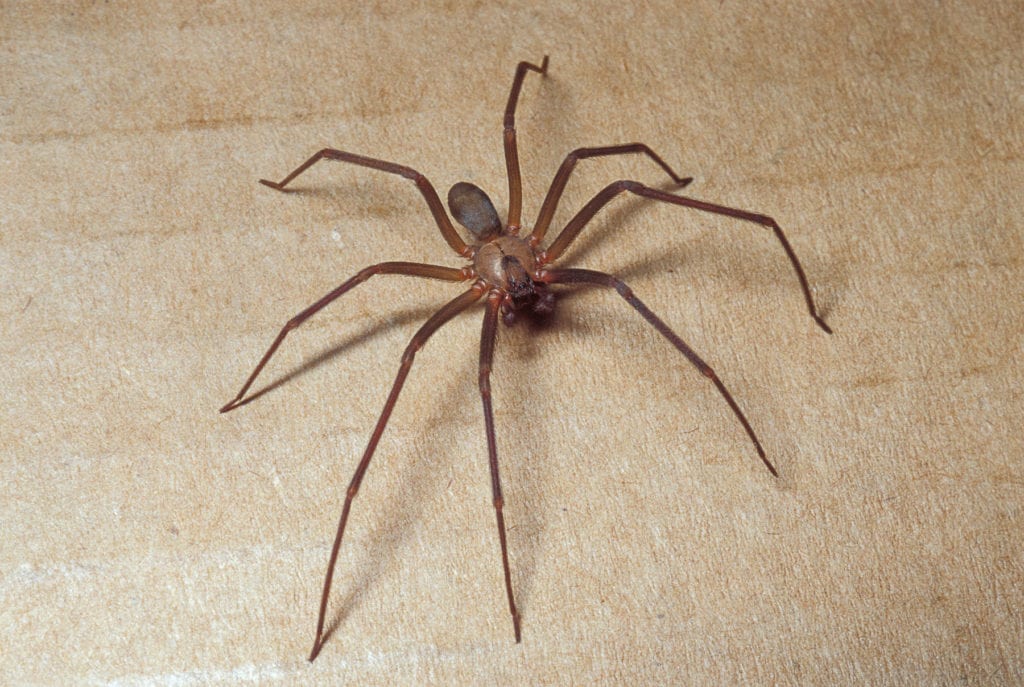 There’s a tale I heard when I was a child about the Brown Recluse spider that goes something like this: a little girl has her hair done up at the salon in intricate, looping braids. One day she starts complaining of headaches, which get so bad that she can’t stop crying, so her mother takes her to the emergency room to get her something for the pain and find the cause of her headaches.

The doctors begin to undo her braids to see if there is a physical cause, and, according to the legend, her whole scalp come off in their hands! The doctor, shocked and horrified, drops the scalp and hair on the floor, and a colony of Brown Recluse spiders pour out of the braids, having been living in her hair the whole time and biting her scalp, causing it to rot away.

While this story is nothing more than an urban legend, the effects of the Brown Recluse spider’s bite are quite real.

Their venom contain’s a protein that cause your tissue to turn against itself and rot from the inside out, starting at the area around the bite. Once the rot has started (2-3 days after the bite) the only option is to cut out the rotted area, sterilize the wound, and get a skin graft.[1] 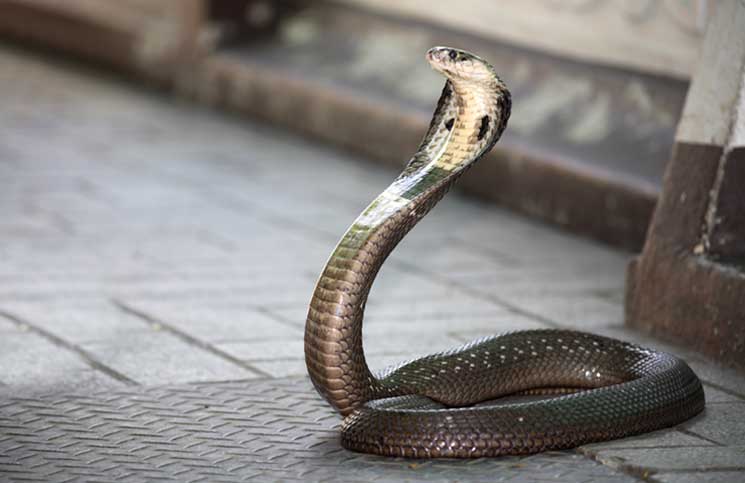 Cobras are funny looking little snakes. What’s not funny or adorable, however, is what their venom can do to you. Firstly, the Cobra doesn’t even have to bite you in order to envenom your poor, mortal body. A Cobra in good health and a bad mood can instead spit their venom into your eyes from up to 6 and a half feet away! The venom doesn’t just blind you when it hits your eyes, it also hurts!

Even worse, if it gets into your bloodstream (either from the spitting or through a traditional bite), you have maybe 30 minutes to get help or you’ll die of suffocation. Cobra venom, it turns out, has a novel method of killing the poor unfortunate soul stricken with it: the venom binds itself to the receptors in charge of moving your diaphragm (the muscle that moves your lungs), basically preventing it from receiving orders from your brain to move. If as little as 1/3rd of the receptors are compromised, you stop breathing…and die choking.[2] 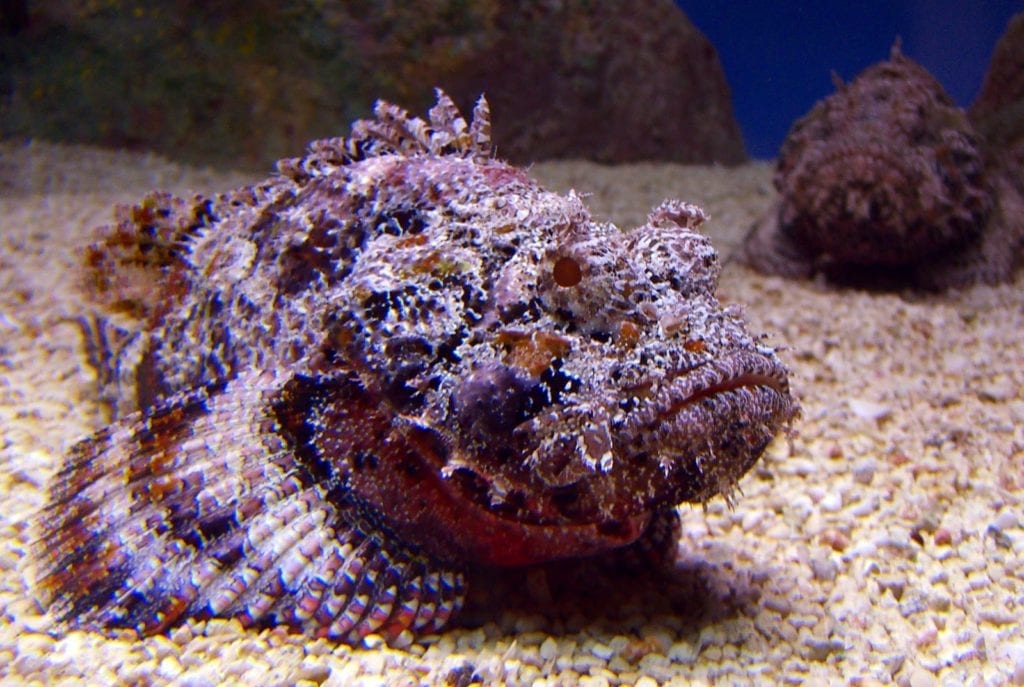 Did you know that there are fish that can kill you, painfully? Not sharks or anything with teeth, I’m talking about a simple, lowly, kind of ugly fish that creeps along the ocean floor known simply as the Stonefish because it, well, looks like a stone.

Mistaking it for a rock is exactly what this crime against nature wants you to do, of course, so that it can sting you to death with its horrible spines. Should you, by chance, step on one of these, you’re in for an excruciating death out there in the deep blue sea.

Stonefish venom, through a mechanism scientists apparently don’t fully understand yet, releases a protein into your blood stream that is similar to Cobra venom. However, the Stonefish not only suffocates you by shutting down your lungs, it also causes intense pain, seizures, extreme muscle spasms, heart damage, and then paralysis.[3] 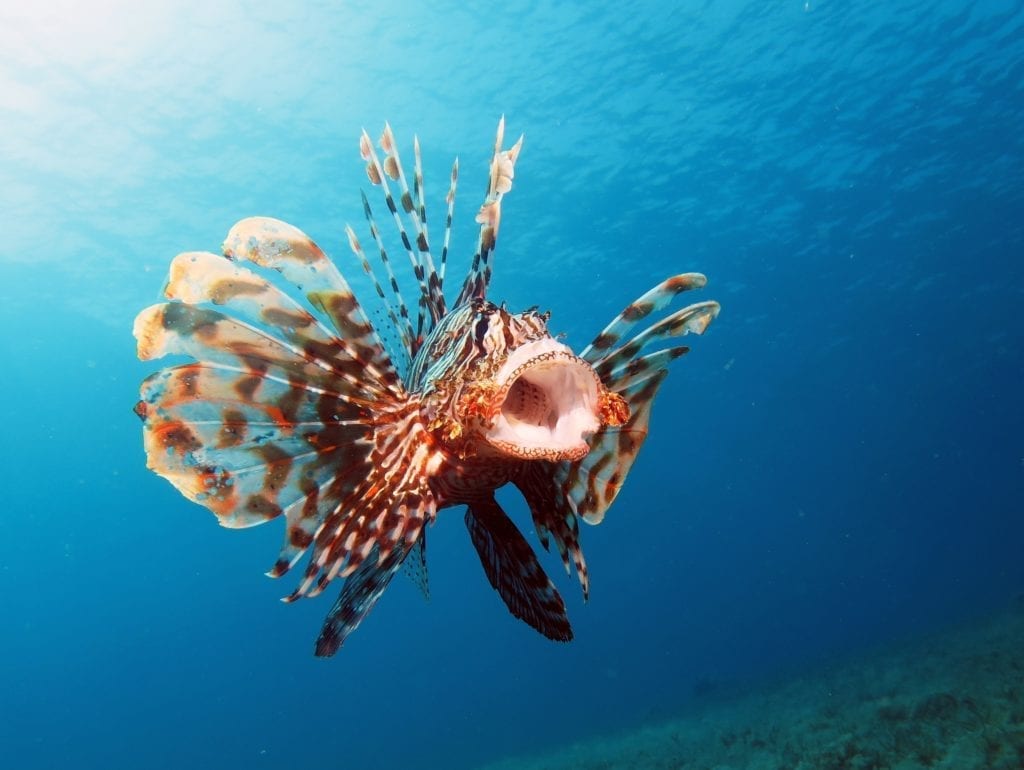 Although not as deadly as the Stonefish, the Lionfish will still attempt to wring a few gallons of tears out of its victims. Depending on how many spines they stab into you, these beautiful but oh-so-mean fish will leave you in pain, sweating heavily, struggling to breathe and, if you’re really unlucky . . . suffering temporary paralysis. 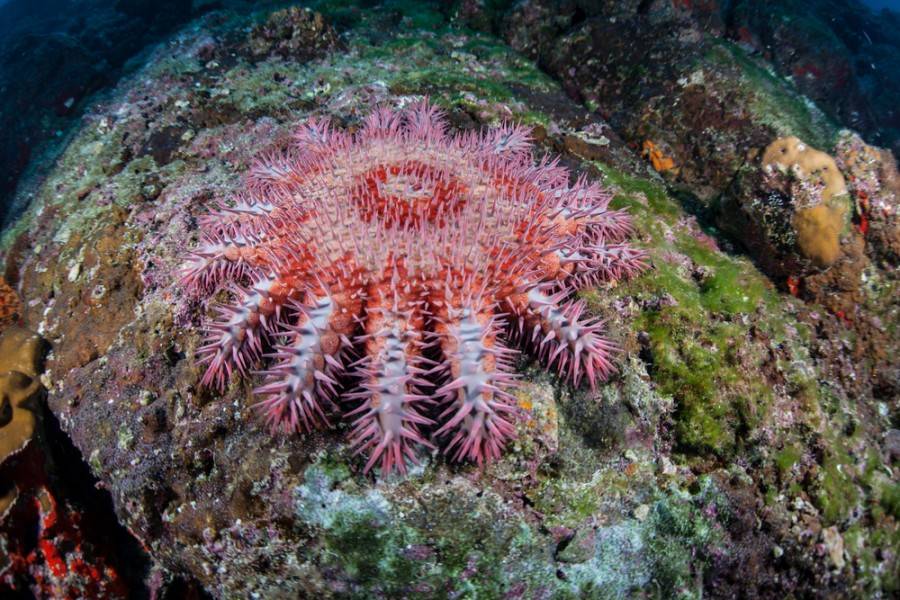 If you were to find yourself stuck by the many terrible and sharp spikes of the Crown Of Thorns (which have been recorded as being able to puncture diving suits and gloves) you will experience immediate debilitating pain, followed by significant bleeding and swelling.

While normally the symptoms resolve themselves in anywhere from 30 minutes to 3 hours, if you’re unlucky enough to get a heavy dose of the venom you could be in for numbness, throwing up, a severe headache and, in very rare cases paralysis.[5] 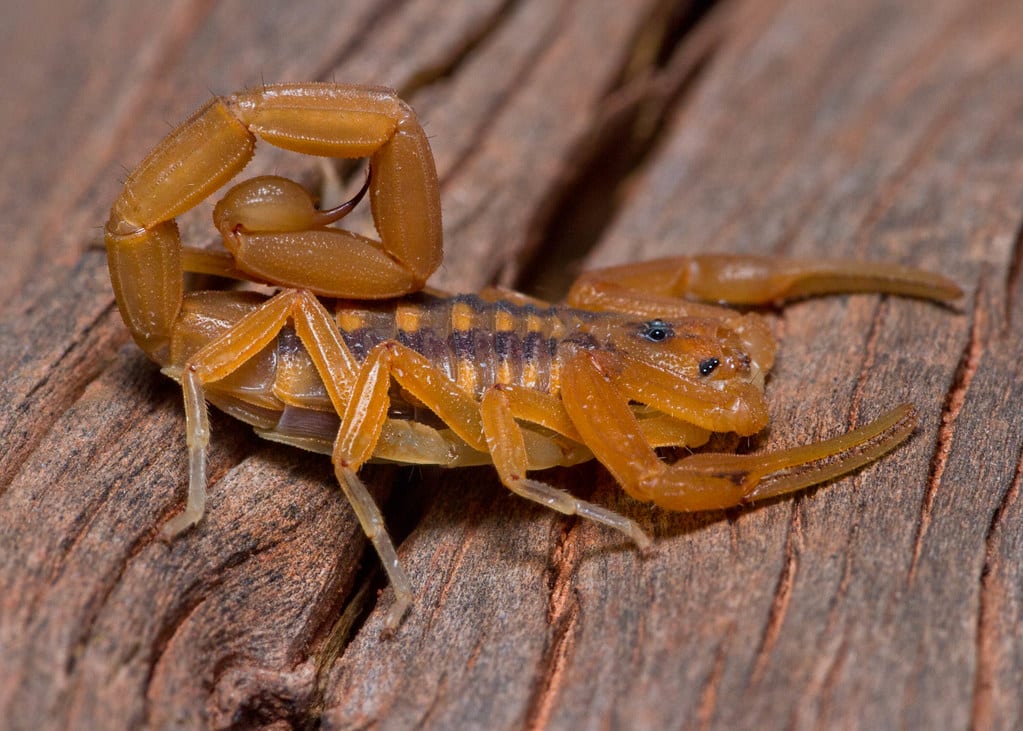 Caught somewhere between a crab and a spider, with just enough snake thrown in to keep things fresh, Scorpions scuttled right out of man’s nightmares and into the waking world to terrorize us.

The venom of an Arizona Bark Scorpion can cause severe pain, swelling, numbness, frothing at the mouth, and difficulty breathing, as well as convulsions, twitching, and sometimes suffocation.[6] 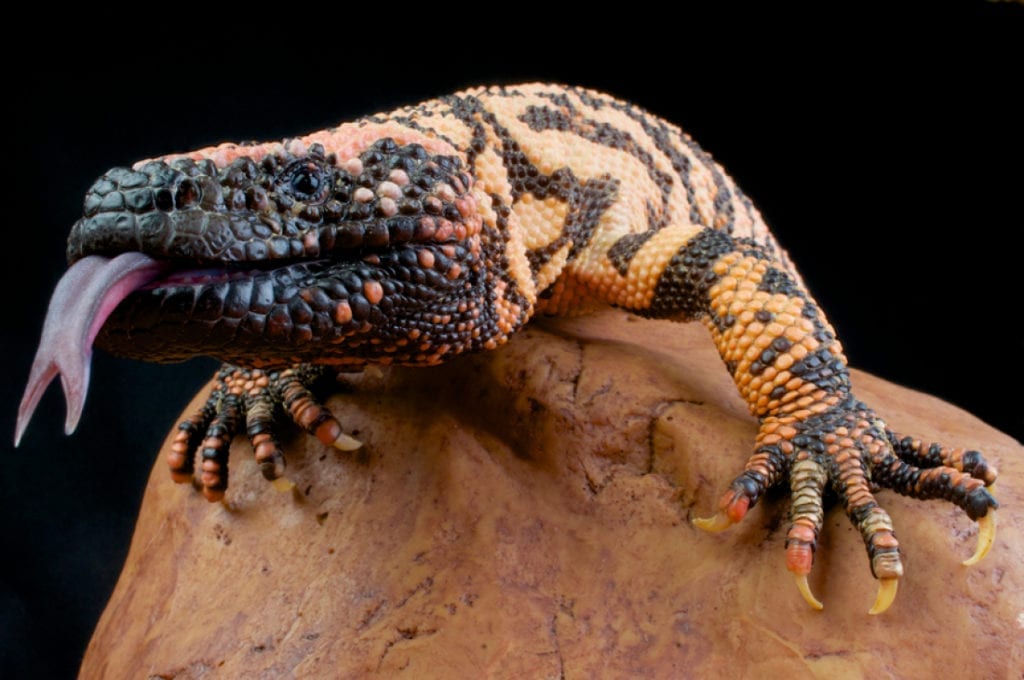 Although Gila Monster venom is comparatively mild, the way it’s delivered is horrific. Unlike the common venomous snake, Gila Monsters don’t posses hypodermic teeth. Instead, the venom drips through grooves in their terrible little lizard fangs.

In order to really get that toxic spit into your system, the Gila Monster not only bites, it chews on whatever part of you it latches onto, often flopping back and forth to tear the wound so it can really smear the venom around. The venom itself is also incredibly painful, and there’s no known antidote for it.

It has never caused a fatality in a human, but you’re definitely going to suffer.[7] 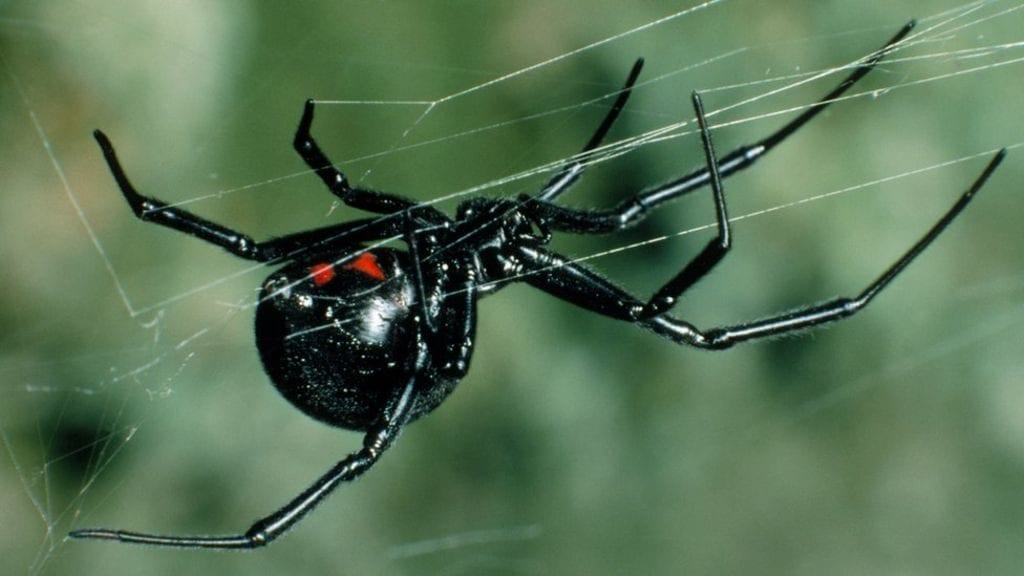 Surprisingly enough, the Black Widow spider is actually very docile, for a horrid little murder bug. In order to get a bite from this strangely pretty creature, you have to really provoke it. When you do, however, you’re in for a very, very bad time.

The Black Widow has some of the most potent venom in the arachnid world, in concentrations high enough to kill a healthy adult human with a single bite, and the way it kills is positively horrifying.

The bite releases a toxin into the blood, and from there the nervous system, that completely hijacks your nerves. Within minutes of a bite, you no longer have control of your body, and you get to experience first hand what rigor mortis is like as your muscles repeatedly clamp down in painful, seemingly never-ending waves of full body cramps that can last up to 24 hours even with treatment,

You can recover, of course, if you get medical help in a timely manner, but those unlucky few who don’t: die a horrible, horrible death.[8] 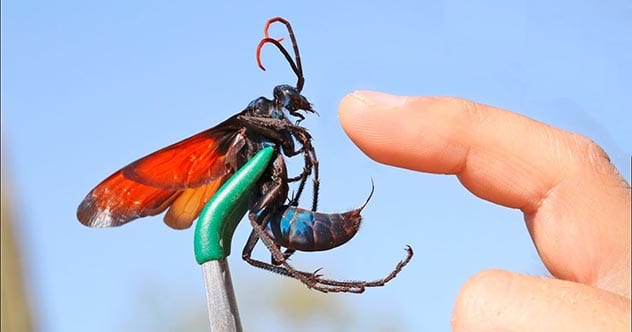 The Tarantula Hawk is a frightening hulking beast of a bug. It was given its name because it hunts and eats (and lays eggs in) tarantulas.

The real terror, however, comes not from what they can do to other bugs, but from what they can do to you. While their venom isn’t deadly, it is so painful that a single sting can incapacitate a man. According to Justin Schmidt, the worlds foremost expert on painful bug bites and stings (he allowed himself to be stung or bit by just about everything and recorded the results) the only thing you can do if one of these stings you is lay on the ground and scream until its over.[9] 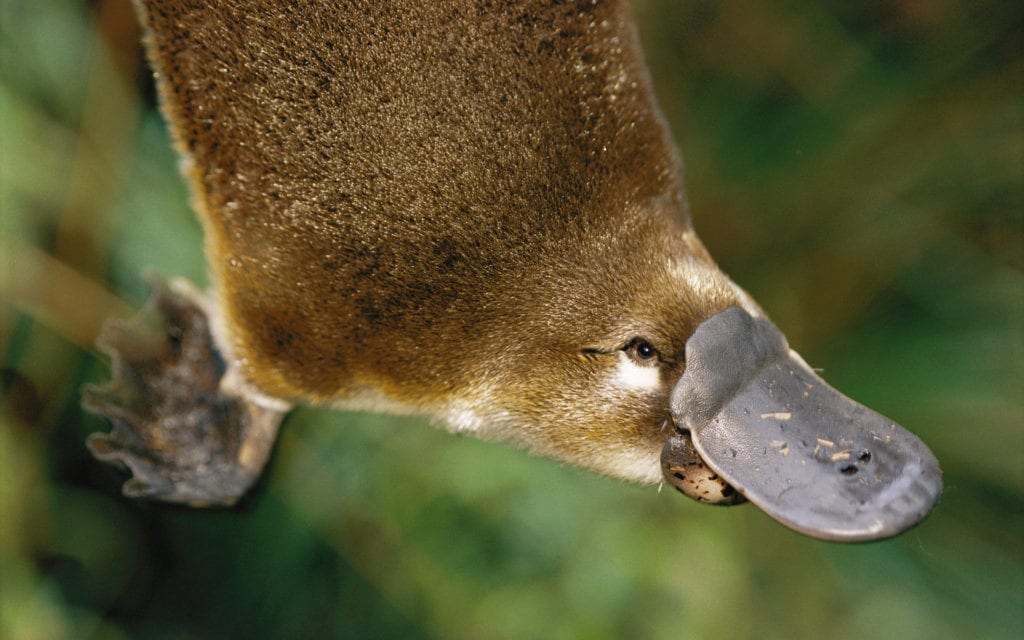 What on God’s green earth is the Platypus doing with its biology? It has hair, but also a beak. It lays eggs but also produces milk (despite having no nipples). And if all of that wasn’t enough, these Frankenstein animals have half-inch spurs on their tiny little feet that produce venom.

Not just any old venom, either, but the most long lasting and painful venom in the animal kingdom!

According to people who have been spurred by an angry platypus, the pain is immediate, completely devastating, and unending. Worse yet, no painkiller can be used against it. Not even morphine can stop the pain, nothing works to stop it except the complete deadening of the affected area.

The muscles in the area will wither away, and you’ll find yourself shivering, sweating, and throwing up from the pain and the venom. Worst of all is that this excruciating pain lasts for up to 3 months. You’ll suffer, vomit, and be crippled by pain every day for 90 long, long days.

For more lists on venomous creatures, see Top 10 Most Venomous Snakes, and Top 10 Exotic Pets That Killed Their Owners.

About The Author: Deana is, as of writing this list, trembling in sheer terror of the horrific things nature is capable of producing to hurt us.