From ships and football teams to production companies and restaurants, mascots are a popular way of boosting morale or giving a product a recognizable face. In general, mascots are designed as such from the very beginning. Sometimes, however, a company, team, or political party gains a mascot quite accidentally.

Some mascots have survived the test of time, dating back to the early 20th century, while others are long-forgotten. This list combines the two groups and explores the extraordinary stories behind the creation and existence of ten various mascots. 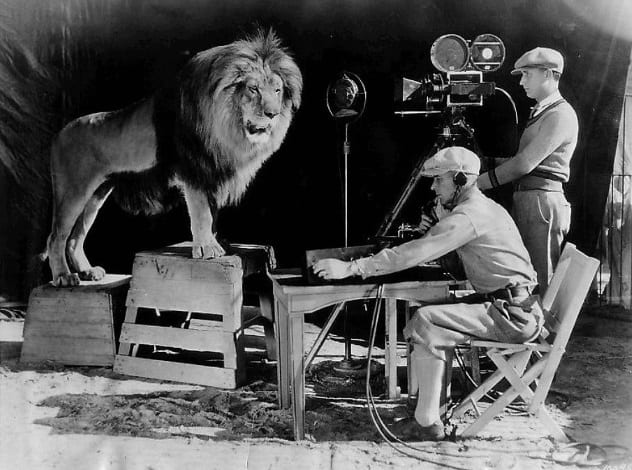 It would be rare to find someone who doesn’t recognize MGM’s mascot. Before the opening credits of their films, a lion can be seen roaring, before fading into the darkness with the “MGM” logo. What few people know, however, is that one of the lions used over the years saw a fair amount of adventure in its time.

Jackie was the second lion to step into the role as the MGM mascot but is perhaps the most well-known because he was the first to have his roar recorded and played over the graphic. In addition, he miraculously survived two train wrecks, an earthquake, and an explosion in a studio. After a pilot had to crash-land, Jackie was also stranded in Arizona for four days.[1] All of these adventures earned him the nickname “Leo the Lucky.”

While the brand name may be incredibly popular, the pizza-maker’s mascot has fallen into complete obscurity. This makes sense when you consider the catastrophe that occurred at a Domino’s restaurant in Atlanta. In 1986, Domino’s launched a new campaign with their new mascot, “The Noid,” serving as the face of it.[2] It is more than fair to say that this mascot was portrayed as a bit of a goofball. His eyes were forever darting in different directions as he constantly failed to get pizzas delivered on time.

One thing that could not be predicted was the effect it would have on a man named Kenneth Lamar Noid of Atlana. It was 1989, and having grown tired of what he saw as a targeted attack against him, Noid decided to take action. He took a firearm into a Domino’s and held two employees hostage, during which time he made numerous requests. He asked for $100,000, a copy of a book titled The Widow’s Son, and a vehicle to escape in. Naturally, he also requested two pizzas and a salad while he was there. He may have been mentally deranged, but everybody loves pizza. 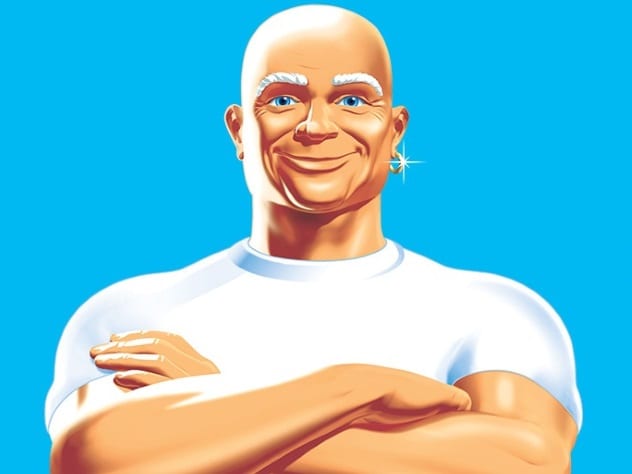 There are many mascots and brand names that have a title before a proper noun. We have come to accept that this is the only way we will ever be able to address them—after all, it’s not like we can ask them about it!

You do not expect for Dr. Pepper to have a first name or to ever learn Aunt Bessie’s surname, but the creators of Mr. Clean have “come clean” (if you will allow the pun) and revealed the first name of their character. His full name is Mr. Veritably Clean. The character has represented the Procter & Gamble Company since 1958.[3]

The Burger King mascot was originally conceived in Florida in 1955. He would appear on advertising boards and menus but would not graduate to television until the late 1960s, where he initially appeared as an animation. In 1976, the mascot was first portrayed in live action, appearing as a bearded, redheaded king. This is the iteration of the character that we are all most familiar with, and he appeared this way in advertising for many years.

The King was retired in 2011 but made a reappearance in 2015 in the most fascinating of ways. During the Floyd Mayweather Jr. versus Manny Pacquiao fight, the Burger King mascot stood out among Mayweather’s entourage. It is rumored that the restaurant chain paid $1 million for this opportunity, which would explain why the boxer approved the idea of being followed around by a large-grinned, creepy King.[4] 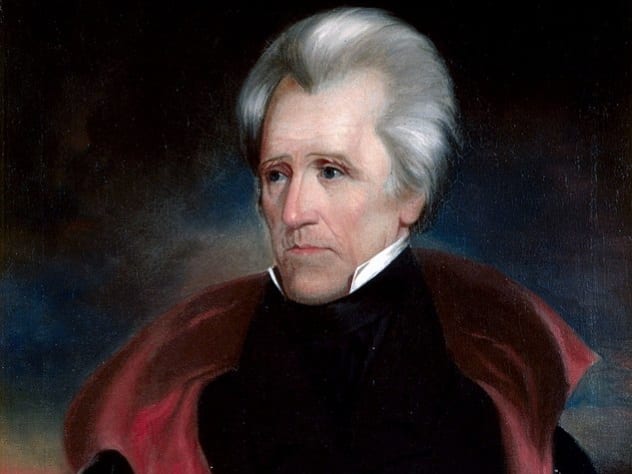 During the 1828 US presidential election, Andrew Jackson was regularly referred to as a “jackass.” His opponents did not like his stance to “Let the people rule,” so they would often use this term to undermine him. Jackson, however, did not take this as an insult. He acknowledged the good qualities of the donkey, including its ability to carry a load for others.

What was intended to be an offensive label was instead turned into a title of pride. The donkey even became the mascot for the future president’s campaign. Ultimately, the wordplay of Jackson-Jackass did not work in the Republicans’ favor, and the donkey went on to be the symbol of the Democratic Party.[5] 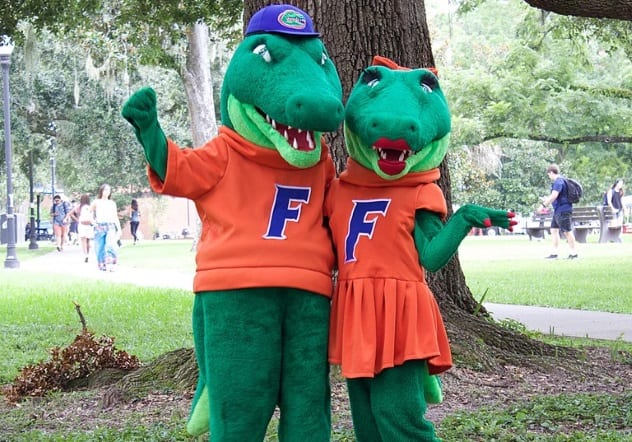 The popular sports drink Gatorade was created by researchers from the University of Florida College of Medicine. The alligator is a running theme through a lot of products which were founded at the university. The daily student newspaper is titled The Independent Florida Alligator, the Florida Gators are the sports team for the college, and naturally, the animal is printed on all of their merchandise.

It became the mascot in 1908 quite by accident. A local vendor began to sell banners and pennants with “The University of Florida” written on them, alongside the silhouette of an alligator.[6] Since the sports drink was created by people employed by the university, it receives a 20-percent cut of all royalties. The Gatorade Trust was formed in 1967 and has brought in an incredible amount of money for the University of Florida, with estimates saying that the earnings have surpassed $1 billion. That could buy a lot of alligators. 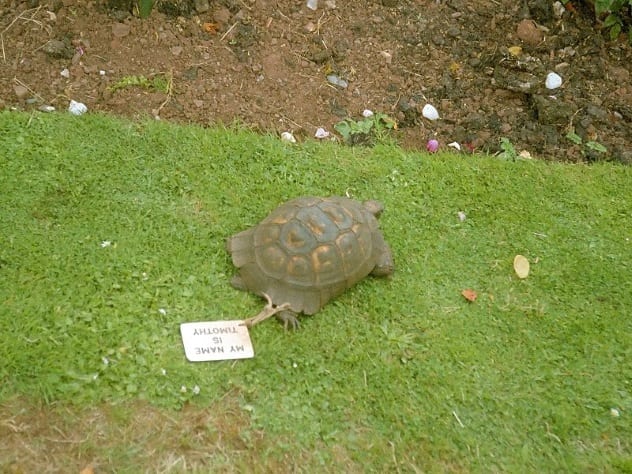 So far on this list, there have been mascots for products, presidents, and restaurant chains. The majority of them have had business involved in their creation, with their purpose being to sell goods or services. Timothy the Tortoise, however, stands out because her sole purpose was to boost morale. She was a mascot for the HMS Queen. Yes, we said “she.” They weren’t clear on how to determine the sex of tortoises in the 19th century, so Timothy was wrongly presumed to be a male. On board the HMS Queen, she witnessed the siege of Sevastapol in 1854.[7]

This meant that at the time of her death in 2004, she was the last living thing (that we know of) to witness to the Crimean War, outliving the last remaining veteran, Colonel R.E.B. Crompton, by 64 years. She served as a mascot on the Queen before being moved to the HMS Princess Charlotte and then eventually retiring to Powderham Castle in 1935. 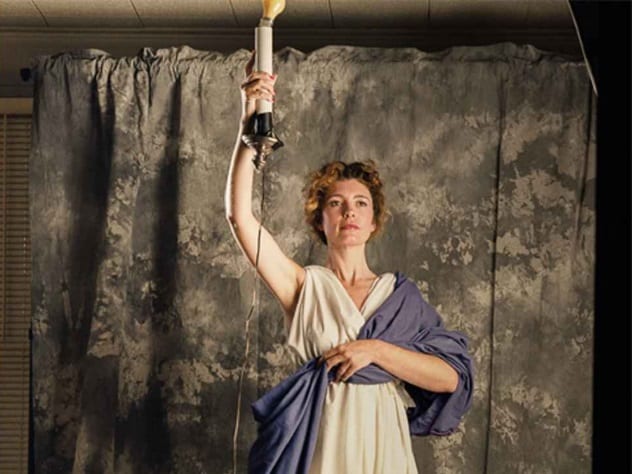 In 1991, 28-year-old Jenny Joseph was reached out to and asked to model for the Columbia Pictures logo.[8] She had never modeled before but agreed to do so while on her lunch break. The reason why she was chosen, despite her lack of previous modeling experience, was because she looked similar to the mascot for Columbia Pictures, which had been in use (with some changes here and there) since 1924. The current logo was derived from the photos of Jenny.

It is relatively amusing seeing the photographs of Jenny Joseph posed as the Torch Lady, as an extension cord can clearly be seen hanging from the electronic torch in her right hand. She has been fondly referred to as the “Harper Lee” of the modeling industry, as she modeled in one incredibly famous role and then left the industry, similar to how Lee wrote To Kill A Mockingbird and little else. 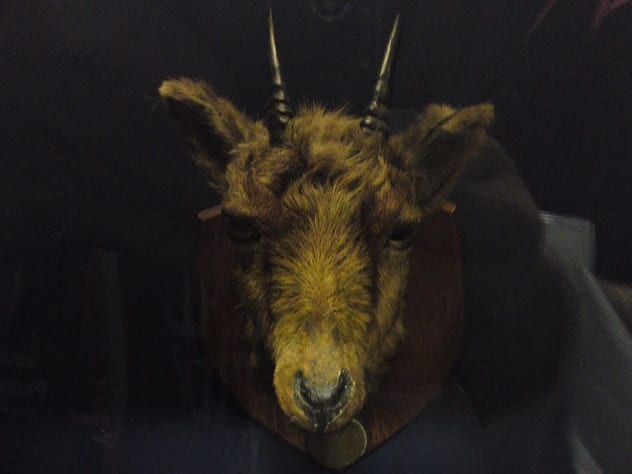 Billy is perhaps the least well-known mascot on this list, but the incident which occurred shortly after the 1909 FA Cup earns him a place here. Billy the Goat was the third mascot for Manchester United Football Club. The first was a goose, which is believed to have been stolen and eaten by a fan as Christmas dinner, and the second was a dog.

That goose story sounds fascinating enough to warrant its own place on this list, but there is an unusual twist to the tale of Billy the Goat which makes him stand out above the rest: It was tradition for the club mascot to join the players in the pub after the game. The goat was not averse to an alcoholic drink, so it would often join in with the team. This led to an unfortunate incident when Manchester United won the 1909 FA Cup. Billy indulged himself in slightly too much champagne, presumably caught up in the victory, and died of alcohol poisoning that night. It was a great loss to the club. Billy has since been immortalized in the Manchester United museum, as his head was preserved and can be visited to this day.[9] 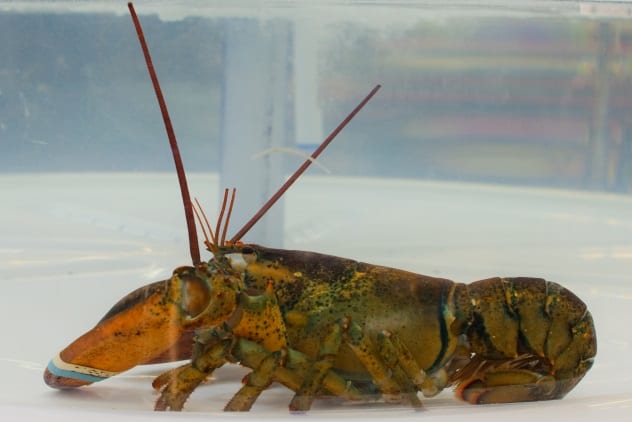 A restaurant in Malibu, California, found itself in hot water when animal rights activists began to actively pursue freedom for lobsters everywhere. The restaurant made it into the news in the mid-1990s when actress Mary Tyler Moore offered $1,000 in exchange for them freeing the lobster. Moore looked fondly upon the animals, once writing, “Like humans, [lobsters] flirt with one another and have even been seen walking ‘claw in claw!’ And like humans, lobsters feel pain.” Her attempt to free the animal was thwarted, however, by radio talk show host Rush Limbaugh, who offered $2,000 to the restaurant in order to eat it.

Ultimately, the restaurant owner decided to reject both offers, instead opting to keep the lobster as a mascot. The then-65-year-old animal was named “Spike” and remained at the restaurant for the rest of its life.[10]

A pop culture aficionado and an irreplaceable member of any pub quiz team.

Read more about certain iconic images you may recognize on 10 Logos That Mean Way More Than You Think and 10 Popular Symbols With Bizarrely Ironic Origins.