Several countries have disputed borders. This can be a problem for mapping services because they will usually need to give the territory to one country or label it as disputed. Google Maps is the most popular mapping service, so it is no surprise that the company often gets caught in the cross fire.

Most nations will complain if Google gives this type of territory to their rival. They will not agree if the company lists the region as disputed, either. At other times, Google has made errors and labeled formerly contested areas as part of rival nations, causing embarrassing incidents. 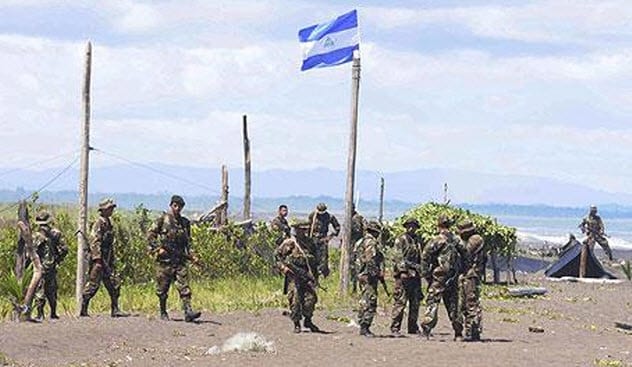 Costa Rica was startled by the invasion, and it is not hard to see why. Nicaragua has claimed ownership of the area since 1897 when it declared that the 1858 Canas-Jerez Treaty gave it control of the island. That dispute was settled during the First Award of Arbitration of 1897 when the territory was handed to Costa Rica. It has been controlled by Costa Rica ever since.

Costa Rica dragged Nicaragua to the Organization of American States and threatened to go to the United Nations over the 2010 incident. Costa Rica also requested that Google correct its map. Samuel Santos, Nicaragua’s foreign minister, disagreed by saying that the company should not change the map because the island belongs to Nicaragua. 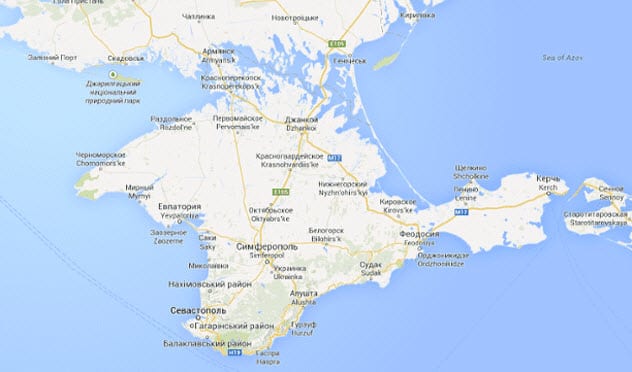 The recent face-off between Russia and Ukraine over Crimea was probably disturbing for Google. An attempt to label the territory as part of one of the rival nations would definitely cause problems with the other. Unready to anger either government, Google just showed users where Crimea was depending on where they were searching from.

Google Maps users in Ukraine saw Crimea as part of Ukraine, while users in Russia saw Crimea as a different country from Ukraine. Users from other countries were shown that the region was disputed.

The decision was part of Google’s latest tactic of avoiding entanglement in border conflicts. Google has done the same thing in India and China where users from either nation saw the disputed Aksai Chin region as a part of their nation. A spokesperson later clarified that Google uses local regulations to determine the border between nations.[2] 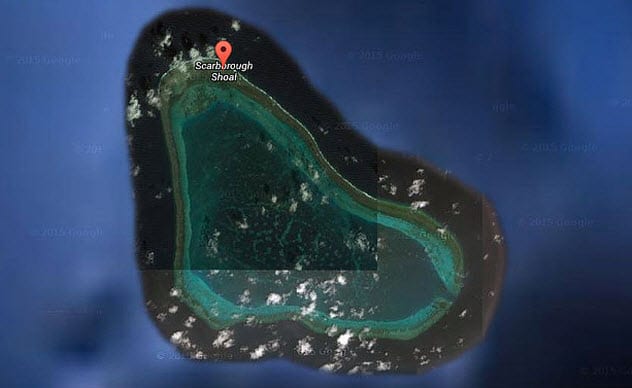 The Scarborough Shoal is hotly contested by China and the Philippines. In fact, these nations do not even agree on its name or what it really is. China says the shoal is actually an island and calls it Huangyan Island.

The Philippines insists that the area is a shoal and calls it Bajo de Masinloc. The international community also recognizes it as a shoal but calls it Scarborough Shoal. In 2012, both nations came close to exchanging fire after a Philippine warship tried to evict some Chinese boats from the shoal.[3]

Google unwittingly got involved in the dispute when it labeled the contested shoal as Huangyan Island on its maps. The Philippines protested the name because it meant that the shoal was an island and belonged to China. This reaction to Google’s label for the land was tenser because both nations were at loggerheads over Spratly Islands, another group of islands to which they both claim ownership. 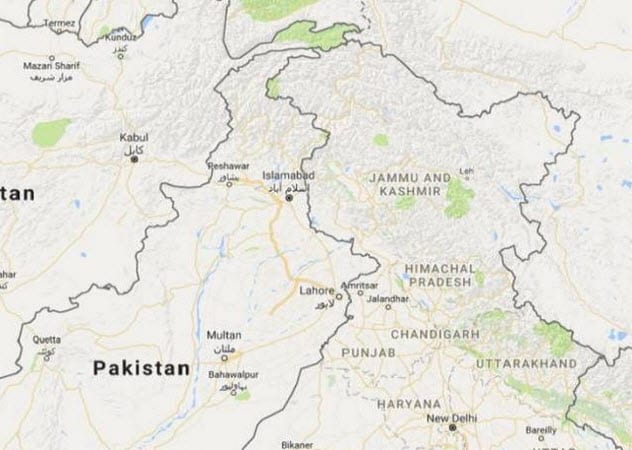 Kashmir is one of the most contested and militarized borders in the world. India and Pakistan claim ownership of the entire region even though each only controls part of it. China also controls a part of Kashmir, further complicating the border dispute.

Kashmir has been at the center of Indian-Pakistani conflicts since Pakistan became an independent country in 1947. The first war over Kashmir ended in 1949 and saw both countries share the region. China got part of the area after a brief war with India in 1962. India and Pakistan fought another war over the region in 1965.

If that was not enough, Google Maps also showed mountains K-2 and Nanga Parbat, which are in Pakistan, as being in India. Islamabad, Pakistan’s capital, was also depicted as being closer to India than it actually is. Curiously, Google only showed the regions as part of India’s territory when users accessed the maps through its “.co.in” domain, the country code top-level domain (ccTLD) for India.[4]

6 Google Excludes Palestine From Its Map 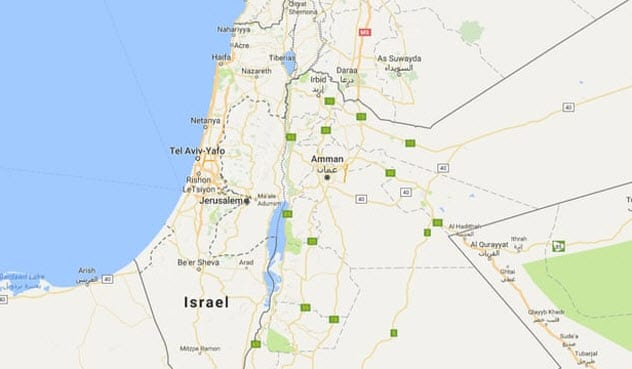 The areas of the West Bank controlled by the Palestinians are some of the most hotly contested territories in the world. Whether Palestine exists as a country depends on the nation in which you live. As of early August 2018, 137 member states of the United Nations recognized Palestine as a country. However, other nations like Israel and the United States do not recognize its existence.

In 2016, Google was in the news after it was accused of removing Palestine from its maps. Palestine showed on the map but was left nameless. A Google spokesperson later clarified that Google had never labeled Palestine on its maps in the first place. It only labeled contested areas like the Gaza Strip and the West Bank, but a bug in its system removed the labels.[5] 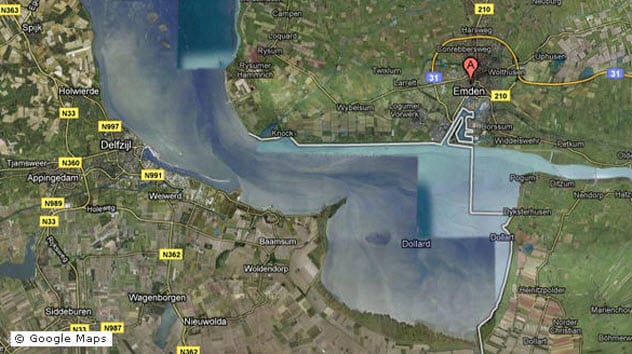 Germany has a dispute with the Netherlands over the exact location of their border along Ems estuary, although both nations concur that the estuary contains their border at some point.

Google inflamed the debate when it labeled part of the estuary—which both nations agree belongs to Germany—and delivered it to the Dutch. The area, called Dollart Bay, has a harbor that serves the city of Emden, Germany. The harbor was labeled as part of Netherlands’ territory.[6]

Citizens of Emden had noticed the error years before the outrage. They got in touch with city officials who contacted Google. However, Google never corrected the error. 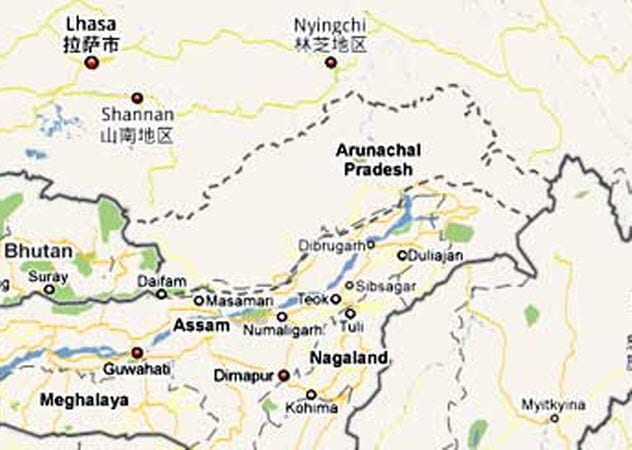 Arunachal Pradesh is another disputed territory between India and China. Both nations even went to war over the territory in 1962. Although India now considers Arunachal Pradesh as one of India’s 29 states, China insists it is part of southern Tibet. 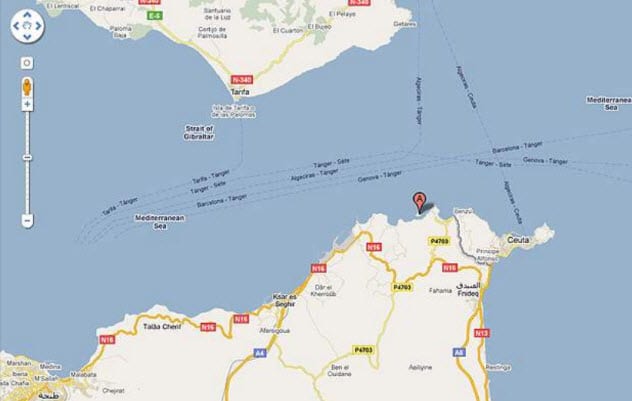 Parsley Island is a small uninhabited island just off the coast of Morocco in North Africa. More of a rock than an island, the region is a bone of contention between Spain and Morocco. Both claim it as part of their territory.

These nations do not even agree on its name. Spain calls it Isla de Perejilor (“Parsley Island”), while Morocco calls it Leila (“Night”). In July 2002, the island was the center of a standoff between both nations after it was occupied by some Moroccan soldiers. Spain deployed its own military to expel the Moroccans, and both nations remained at an impasse until the US intervened.

Spain and Morocco agreed to abandon the island, which has been listed as “under review” and not owned by either nation. Google revived the conflict in 2010 when it showed the island as part of Morocco’s territory. Google later clarified that it was an error and would list the island as a “disputed territory.”[8] 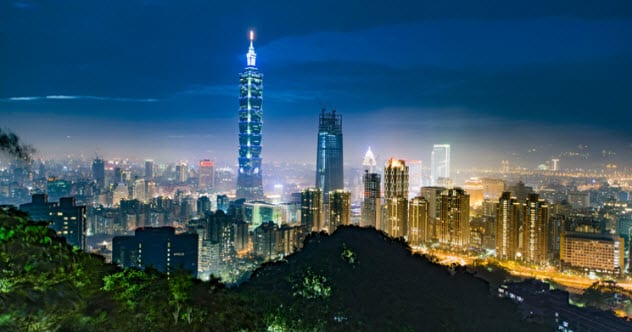 China and Taiwan have had a rocky relationship ever since Taiwan declared itself an independent nation. Taiwan was annexed by China in 1683 and then ceded to Japan in 1895. China got the island back in 1945 after Japan surrendered at the end of World War II.

China soon fell into a deadly civil war that ended in victory for the communists under the command of Chairman Mao Tse-tung in 1949. The Kuomintang government, which ruled mainland China before the defeat, fled with two million supporters to the island of Taiwan where they set up their new government.

In 2005, Google Maps got involved in the conflict after it described Taiwan as a “province of China.” Taiwan’s government protested the name, insisting that the island was not a part of China. Google updated its map and removed the controversial description from Taiwan’s name.

The decision ruffled feathers in mainland China, and Chinese citizens threatened to boycott Google’s services. A spokeswoman denied that Google had removed “province of China” from Taiwan’s name because Taiwan protested. She said that Google deleted the phrase because it affected the user experience of its now bigger maps. Google also removed the description of several countries at the time.[9] 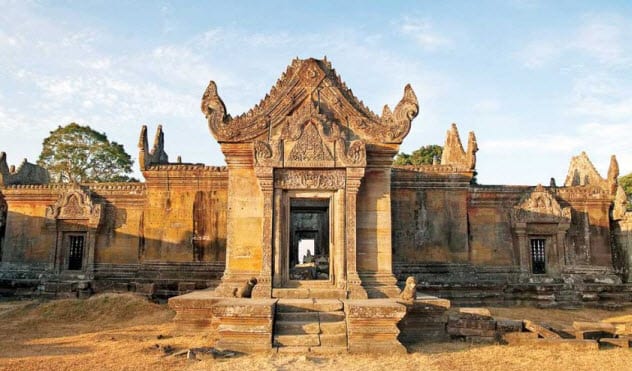 The Cambodia-Thailand border is another point of contention. The area around Preah Vihear Temple is one of the most contested regions along the border. In 1962, an international court ruled that the temple belonged to Cambodia. Although Thailand agrees with the judgment, it considers the area around the temple a part of Thailand.[10]

In 2010, Google found itself in the cross fire after it listed part of the disputed territory as belonging to Thailand. At the time, both countries were engaged in a series of deadly skirmishes over the border.

The infuriated Cambodian prime minister said that Google’s decision to give the border to Thailand was “pretentious,” “radically misleading,” and “devoid of truth and reality.” He added that Google was “professionally irresponsible” and asked the company to change its map to show the reality of the situation.

Read more about the monumental consequences of map mistakes and lies on 10 Map Mistakes With Momentous Consequences and 10 Monumental Map Blunders And Lies.