Another week has passed, which means that it is time, once again, to look at some of the bizarre stories that made the headlines recently. If you want to read up on last week’s list, click here.

This week, we have two stories on mysterious texts and ciphers. One is carved into a rock in France, while the other one is considered a Holy Grail of cryptography. Another mystery would be who keeps drawing penises on the sports fields of Melbourne.

There is also a secret chamber in Rome, a brewery in the United States, and a Danish politician with a unique strategy to reach his constituents.

10 The Discovery Of The Sphinx Room 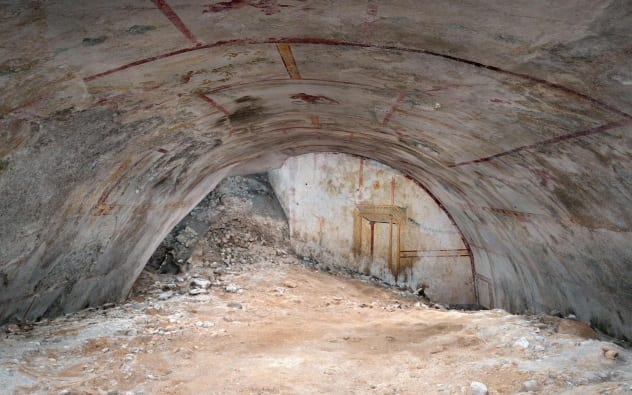 The Domus Aurea, a palatial complex built by Emperor Nero in Rome, needs a lot of preservation work. Several times throughout the last few decades, it had to be closed off to tourists due to safety concerns. This does come with a positive side, though. During the latest batch of restoration work, archaeologists chanced upon a secret chamber hidden beneath the palace.

Scholars have named it the Sphinx Room because it prominently features a fresco of the mythical creature. Other artworks depict a centaur, birds and aquatic creatures, warriors, and the god Pan.

They are in good condition given their age, but there could still be more to discover. The chamber, which is 4.5 meters (15 ft) high, is still filled with dirt for the most part. Excavation is slow and careful, and archaeologists expect to finish by the end of the year.[1] They hope that there are still other interesting artworks and artifacts waiting to be found.

9 The Smell Of Knowledge 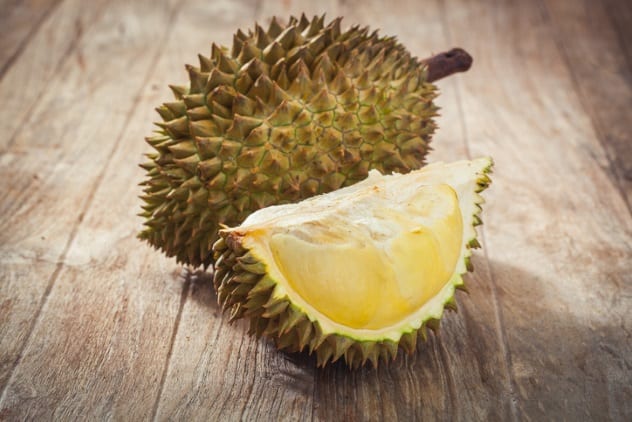 The University of Canberra’s library had to be evacuated after people noticed an unpleasant smell thought to be a gas leak. It was later determined that the pungent aroma came from a durian fruit.

The durian is a popular food in Southeast Asia, but it also has plenty of critics due to its strong odor. There are many places where the fruit is banned specifically for this reason. The smell reminds people of unwashed socks, rotten food, or, in some cases, turpentine. Library staff suspected that a gas leak might have occurred, so they evacuated the 550 people inside the building and called the authorities.

Firefighters searched the library top to bottom and, eventually, found the culprit. Someone had left a durian near an air vent.[2] While normal operations have resumed at the Australian university, the stench was still there long after the fruit was disposed of. The library had to post another update, assuring students that the building is safe despite the smell. 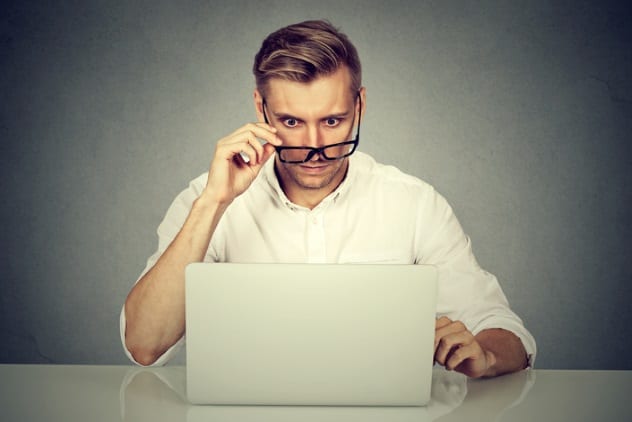 7 The Mystery Of The Melbourne Penises 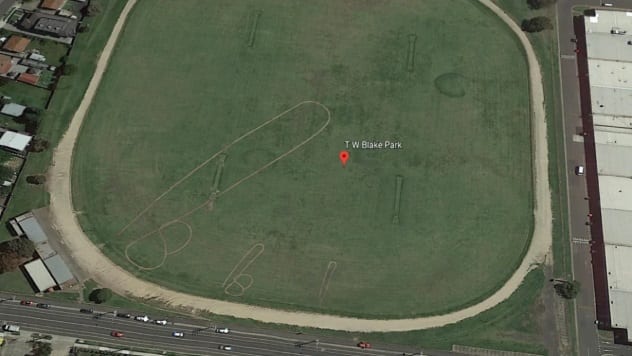 The city of Melbourne has a mystery on its hands. Somebody has been drawing giant penises in the grass of several sports parks.

It is believed that the symbols started appearing sometime late last year. Some of the parks have already been replanted, and the grass has begun growing, although the phallic outlines are still visible. Only now have the designs started making the rounds, as they were noticed on Google Earth.

So far, three parks have penis designs on display, and they all feature multiple attempts of different sizes. The most ambitious project can be found in TW Blake Park in Preston. It measures over 100 meters (328 ft) in length.[4]

Council members were not impressed with the artistic efforts, as repairing them will be costly and time-consuming. They also did not want to share too many details regarding the designs to avoid encouraging acts of copycat vandalism. So far, nobody has claimed credit for the Melbourne penises.


6 The Cipher Rock Of Brittany 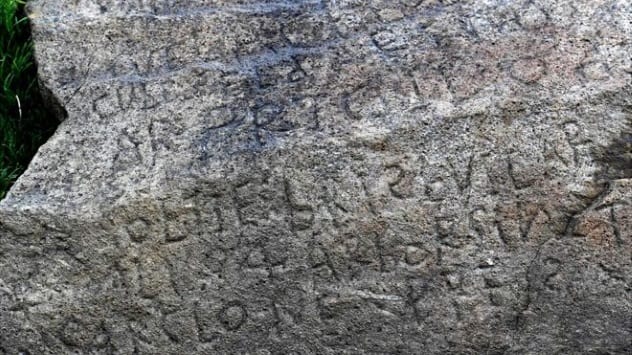 We go from an Australian mystery to one in France. A tiny village in Brittany is offering a €2,000 reward to anyone who can decipher an incomprehensible message carved into a boulder hundreds of years ago.

On the shores of Plougastel-Daoulas, there is a large rock visible only at low tide. It has an inscription on it which has only been noticed a few years ago, even though it includes the years 1786 and 1787, which suggests that it is from the late 18th century.[5]

The message is written in the Latin alphabet. At a glance, the letters appear to form words, but upon closer inspection, they only spell gibberish. One line says “DRE AR GRIO SE EVELOH AR VIRIONES BAOAVEL.” There are also a few etchings of objects like sailboats. During the time period indicated, artillery batteries were stationed on the coast, which is the only clue locals have regarding the carving’s possible origin.

The mayor of Plougastel-Daoulas wants the message translated and hopes that the cash prize will entice more professional code-breakers to take a crack at their stone cipher.

5 The Power Of Free Beer 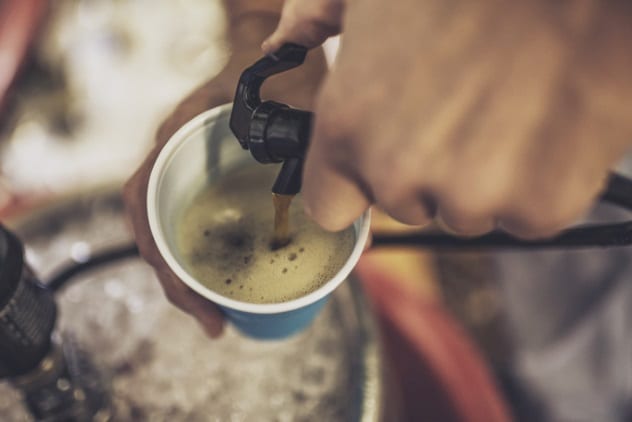 A brewery in Charlotte, North Carolina, recovered its stolen van in just 42 minutes after offering free beer in exchange for information.

On Monday night, three unidentified criminals made off with a van used by the Unknown Brewing Company for transport. The next day, the brewery contacted the police, but it also decided to turn to social media for help. After all, the vehicle had neon green paint and the name of the company on the side, so it was likely to stand out. To sweeten the deal, the owner also included a free beer keg.

Word spread quickly online, and soon enough, a woman contacted the brewery to tell them that the van was parked down her street. The owners went there and recovered the stolen vehicle in 42 minutes after making the original post online.[6]

The successful strategy got even more attention than the theft, to the point that some people started suspecting that the whole thing was a marketing ploy. The brewery assured people that the thievery was legit, and according to police, the van was used to commit a series of car break-ins before being dumped near a park.

To thank everyone for spreading the word, the brewery announced plans to make a special beer called Van Theft Auto and host a party where each pint will only cost 25 cents to cover taxes.


4 What We Learned About Drugs 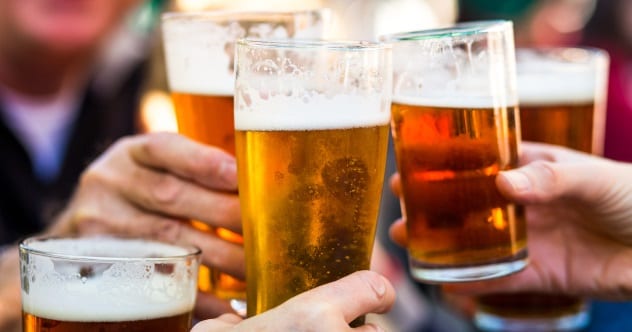 The 2019 Global Drug Survey came out this week, and it revealed, among other things, that the British are the biggest binge drinkers and get drunk more times than any other country included in the report.

The study was conducted by researchers in London and included over 120,000 substance users from 36 different countries. On average, participants got drunk 33 times over the last 12 months. Britons, however, got plastered an average of 51.1 times.[7] This is during a period when drinking in Britain is reportedly in decline, especially among young adults. According to Global Drug Survey founder Professor Adam Winstock, more Brits are abstaining from alcohol, but the ones who drink do so without moderation.

Britain was followed by the US, Canada, and Australia. This wasn’t a measurement of how much alcohol they consume overall but rather how many times people drank to the point of becoming seriously intoxicated. Conversely, countries from South America seem to have the fewest instances of binge drinking, with Chile coming in last place, followed by Colombia.

Of course, the report analyzed data related to many other substances. The most popular drug, alcohol and tobacco not included, unsurprisingly, was cannabis, followed by MDMA and cocaine. The most dangerous substance which had the highest rate of users seeking emergency medical care was heroin, followed by meth and synthetic cannabis tied for a distant second.

3 The Quakes Of The Shrinking Moon 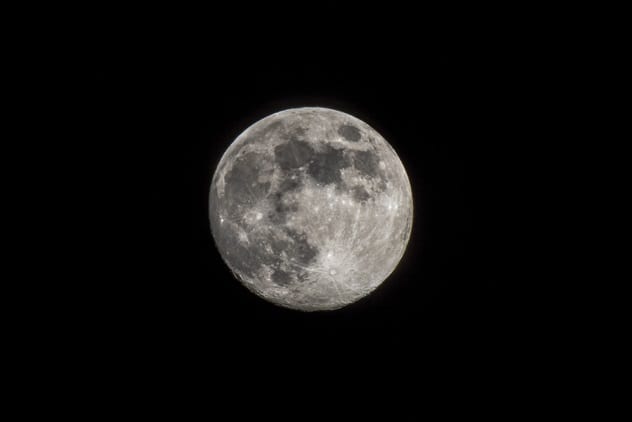 New data from NASA suggests that the Moon is shrinking, which is also causing moonquakes.

This is due to the satellite’s interior cooling down. It has led to the Moon becoming about 45 meters (150 ft) “skinnier” over the last few hundred million years. NASA scientists compare the phenomenon to a grape being turned into a raisin. As it shrinks down, it develops wrinkles. A grape’s surface has flexible skin, so this isn’t a problem. The Moon’s crust, however, is brittle, so as sections of the satellite break off and push against each other, they cause moonquakes.[8]Astronauts have placed seismometers on the Moon during the past Apollo missions. This allows NASA to monitor the satellite’s seismic activity pretty closely. Most of the quakes caused by the shrinking of the Moon range between 2 and 5 on the Richter scale.


2 Down In The Deep Blue Sea 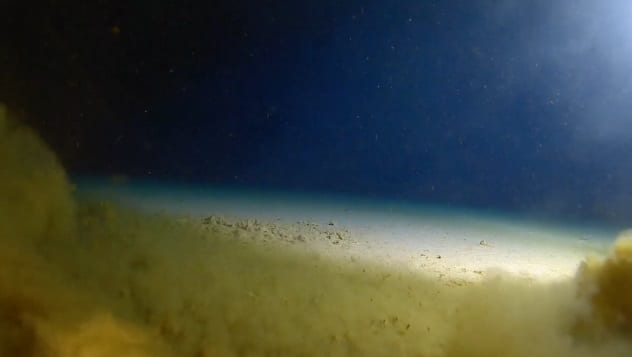 For the third time in history, mankind has traveled down to the deepest point of the planet’s seabed: the Mariana Trench in the Pacific Ocean. The latest dive, made by American explorer and investor Victor Vescovo, has taken the record for deepest descent by 11 meters (36 ft). Even in the darkest, most remote corners of the Earth, the research team found life, including four probably new species of amphipods. They also found a plastic bag and candy wrappers, showing that no place is beyond the reach of human pollution.

Vescovo descended almost 11 kilometers (7 mi) and spent four hours exploring the deep in a special submersible called the DSV Limiting Factor.[9] Built by Triton Submarines, the watercraft seats two and has a hull made out of 9-centimeter-thick (3.5 in) titanium designed to withstand the immense pressures of the ocean bottom on repeated dives.

Among the first to congratulate Vescovo on his record-breaking descent was Don Walsh, who was aboard the research ship. In 1960, Walsh and Jacques Piccard became the first people to reach the Mariana Trench.

The dive was the fourth in a series named the Five Deeps expedition, funded by Vescovo. The goal is to reach the deepest points in all five oceans. Before it came the Puerto Rico Trench in the Atlantic, the South Sandwich Trench in the Southern Ocean, and the Java Trench in the Indian Ocean. Last on the list is the Molloy Deep in the Arctic, currently scheduled for August. Afterward, Vescovo plans to pass on the submersible so that other institutions can conduct their own scientific research.

1 The Secret Of The Voynich Manuscript 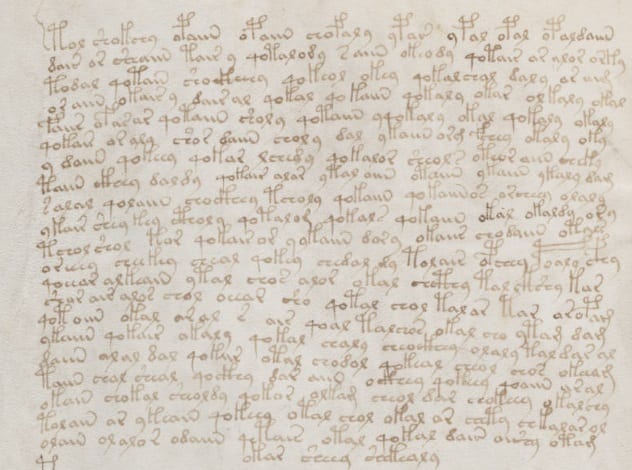 The Voynich manuscript is one of the most puzzling artifacts in the world. Dubbed “the book that no one can read,” it is written in an unknown language. However, one British academic claims to have finally deciphered it after only two weeks of study.

Cryptographers have been studying it for over a century. Some have dismissed it as a hoax. While that may still be possible, the vellum used in making the document has been carbon-dated to approximately 600 years ago, which makes a hoax unlikely.

Gerard Cheshire, research associate at the University of Bristol, believes that the mysterious manuscript is a medical compendium written by Dominican nuns for Maria of Castile, queen of Aragon. It contains information such as herbal remedies and astrological readings.[10] According to his study, published in the journal Romance Studies, he says that the text was written in a lost language called proto-Romance.

Unsurprisingly, Cheshire’s claims have been met with skepticism and derision by other experts. Dr. Lisa Fagin Davis, executive director of the Medieval Academy of America, dismissed the paper as “circular, self-fulfilling nonsense.” Others opine that his translation takes too many liberties with how languages work. Bristol University has already distanced itself from the academic, saying that the work requires “further validation.”

Cheshire remains confident, believing other linguists will prove him right once they study the Voynich manuscript and translate it fully using his interpretation.