One the morning of January 15, 1947, in Los Angeles, the body of 22-year-old Elizabeth Short was found mutilated, sliced in half at the waist, and entirely drained of blood. Though she was known to her closest of friends as “Beth,” the world would later know her by a different name—the Black Dahlia.

Her infamous murder has never been forgotten and has been the inspiration for many books, television series, and film adaptations. Despite all the attention Short’s grisly murder has received, it remains unsolved. The case still haunts many people even today.

10 She Suffered Many Tragedies In Childhood 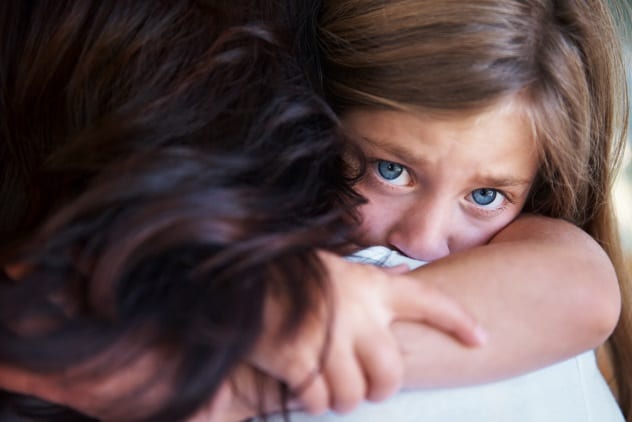 Born July 29, 1924, in Boston, Massachusetts, Elizabeth was the third of five daughters born to Cleo and Phoebe Short. Her childhood wasn’t easy. At the age of 15 years old, she underwent lung surgery in an attempt to alleviate her consistent bronchitis and severe asthma attacks. Elizabeth dropped out of school in her sophomore year.

Elizabeth’s father was a successful businessman who built miniature golf courses until the stock market crash in 1929. With most of his savings gone and a family to support, he was at an all-time low. In 1930, his abandoned car was found on the Charlestown Bridge, and it was believed he took his own life by jumping into the Charles River. Then, in 1942, the family received a letter from the supposedly dead Cleo which explained that he had never committed suicide, instead choosing to relocate to California and start a new life. Elizabeth moved to join her father, who she had not seen in over a decade.[1]

9 Her Fiance Was Killed In Action 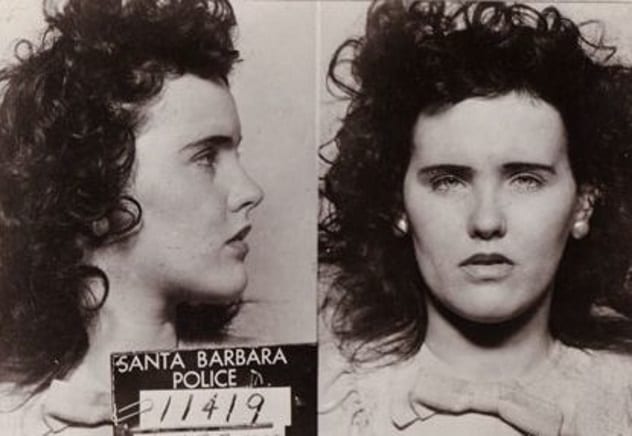 Not long after Elizabeth moved to live with her father, they began to argue, and she relocated to Santa Barbara. She was 19 at the time. On September 23, 1943, she was arrested for underage drinking at the El Paseo Restaurant, and her mugshot would later become one of the most iconic “Black Dahlia” photos.

Arresting officer Mary Unkefer told a Los Angeles newspaper, “She was very good looking, with beautiful dark hair and fair skin. She dressed nicely and was a long way from being a barfly.”[2] Days after her arrest, she was released by the juvenile court, placed on probation, and sent back home to Massachusetts.

Instead of meeting her probation requirements, Elizabeth went to Florida. There, she met Army Air Force officer Major Matthew Michael Gordon, Jr. While deployed in India, he wrote to Elizabeth, asking her to marry him. She said yes and revealed to her close friends that they were engaged. On August 10, 1945, however, Major Gordon died in a plane crash only weeks before the end of World War II. It was another sad moment in the tragic timeline of Elizabeth’s life.


8 She Had Big Dreams Of Becoming A Hollywood Star 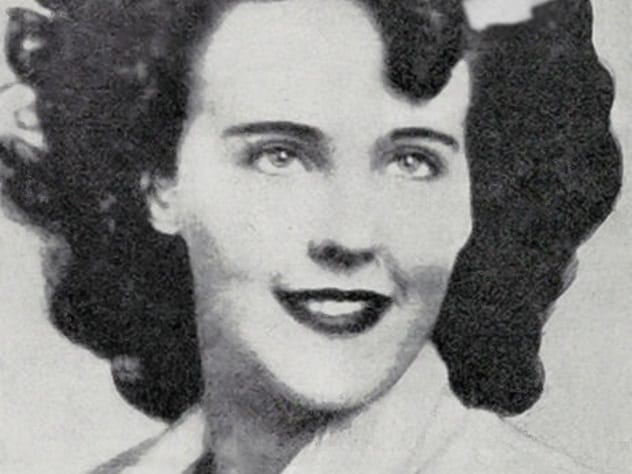 During the latter half of 1946, Elizabeth divided her time between Los Angeles and San Diego with hopes of becoming a big Hollywood star. Elizabeth was known as a drifter; she depended on the sympathy of others to pay for her meals, rides, and housing. Those who were kind to her would often hear the heartbreaking story of her fiance’s death.

Working part-time at a drugstore, Elizabeth paid attention to her looks in the hopes of being spotted. Her former roommate, Sheryl Hoagland, revealed, “Beth would take a candle and melt it. Then she’d drop the hot wax into the cavities of her teeth. This would remove all the dark tops of the teeth.”[3] Elizabeth’s love of wearing black lace, as well as her striking jet-black hair, reportedly first gained her the name “The Black Dahlia” from the male customers who frequented the shop.

By the time of her murder, Elizabeth had no acting credits to her name and was near homeless.

7 Her Body Was Discarded In The Most Gruesome Way 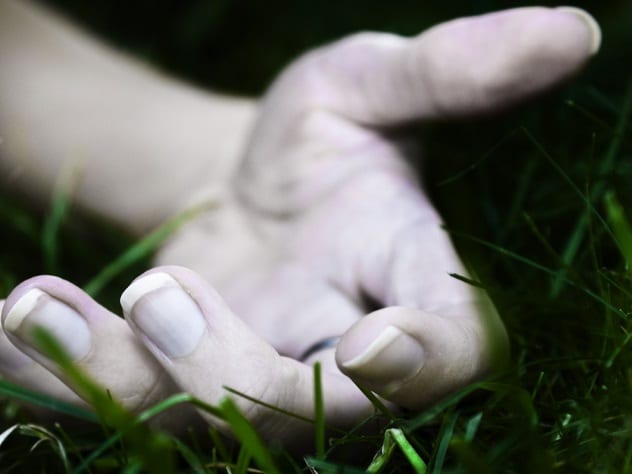 On the morning of January 15, 1947, a young woman was walking along a street in Leimert Park, Los Angeles, with her three-year-old daughter when she noticed what she believed was a mannequin discarded by the side of the road. What she really saw was the dismembered body of 22-year-old Elizabeth Short, who had been cut half and laid in the dirt facing upward. Her arms were placed above her head, and her legs were spread wide open. Her body had been drained of blood, and her intestines had been placed under her buttocks.[4]

Detectives Harry Hansen and Finis Brown arrived at the crime scene, but it wasn’t long before reporters started to swarm the area. Elizabeth’s face had been slashed from the mouth to the ears to give a sinister “smile” effect, sometimes referred to as a “Glasgow smile.” A tattoo of a rose had been sliced from her thigh and placed inside her vagina. Now, they had the job of first identifying the victim and then trying to figure out what monster would do such a thing to a young, beautiful woman.


6 Her Mother Was Told She Had Won A Beauty Contest 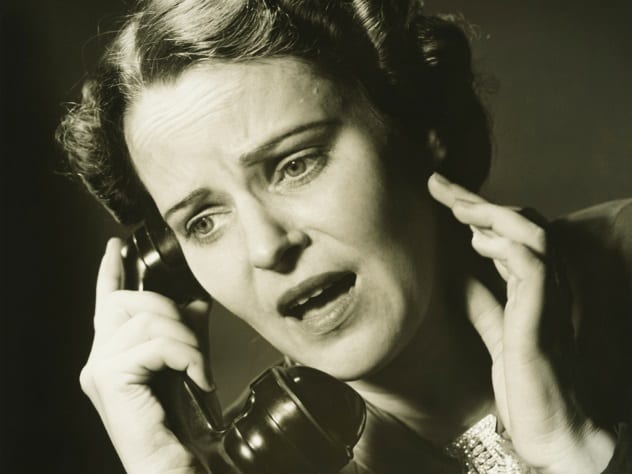 Following the discovery of Elizabeth’s body, detectives were able to identify her, as the fingerprints taken matched with the record of her previous arrest for underage drinking in 1943 and also for a job she had taken in a mail room at an army base in California. The detectives sent reporters a photo of Elizabeth, and her striking beauty, teamed with the gruesomeness of the crime, was a sensational scoop.

At the time, film noir was thriving in Hollywood, as people were intrigued by murder, mystery, sex, and beauty. Los Angeles Examiner reporters decided to act unethically and get more of an inside story than their competition; they called Elizabeth’s mother and said that her daughter had won a beauty contest. Only when her mother had given them enough information about who Elizabeth was did they inform her that, in fact, her daughter was dead.[5]

5 She Was Misrepresented In The Press 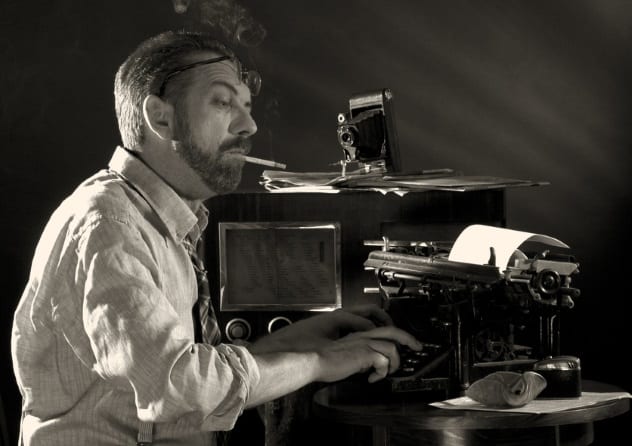 The “Black Dahlia murder” made headlines everywhere, and many of the articles were sensationalized. Long Beach detective Edward C. Boynton recalled, “There were about 16 newspaper reporters. In talking, I mentioned casually that someone [a person from the drugstore where Elizabeth worked] thought she should be called, ‘The Black Dahlia.’ Those reporters headed for the phones like a covey of quail tripped by a bird dog. From then on it was ‘The Black Dahlia’ case.”[6]

A headline in The Washington Post read: “Police seek mad pervert in girl’s death.” Elizabeth was described in the press as a beautiful, dark-haired woman who was last seen alive at the Biltmore Hotel in downtown wearing a sheer skirt and blouse. They also reported she was a promiscuous woman, even claiming she was a prostitute. They also went as far as to paint a slanderous image of Elizabeth, suggesting that it was her promiscuity which played a large part in her becoming a murder victim.


4 Her Belongings Were Mailed To The Los Angeles Examiner 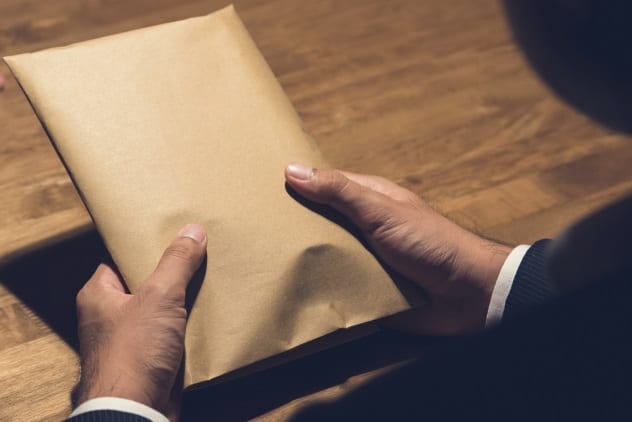 On January 21, 1947, a man claiming to be Elizabeth’s killer called the editor of the Examiner and declared that he would soon turn himself in. The caller said the newspaper should “expect some souvenirs of Beth Short in the mail.” Three days later, a US Postal Service worker came across an envelope addressed to “The Los Angeles Examiner and other Los Angeles papers.” The package contained Elizabeth’s birth certificate, social security card, photographs, and an address book belonging to a man named Mark Hansen. The package had been carefully cleaned with gasoline to destroy all fingerprints—the same method used to clean Elizabeth’s body.

Hansen was a local nightclub owner and one of the last to have seen Elizabeth alive. Buz Williams is the son of Richard F. Williams, one of the original team tasked with investigating Elizabeth’s murder, and he recalls his father mentioning Hansen as a suspect. Buzz said he recalled his father discussing how, “Elizabeth was murdered because she was [involved with] members of this gang that would rob hotels.”[7] The murder was then covered up by the removal of all forensic evidence, and the Hansen lead became nothing more than a theory.

3 More Than 60 Men Confessed To The Murder 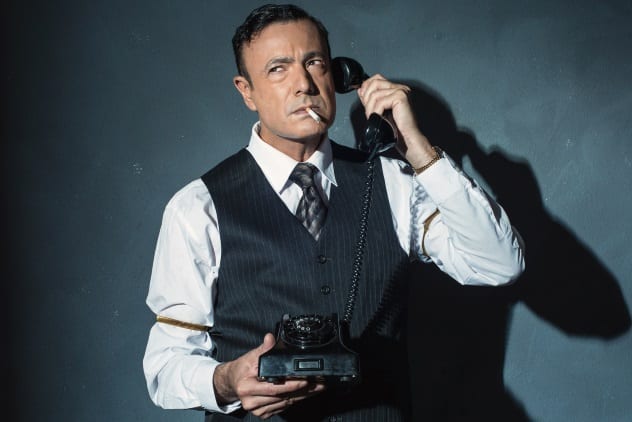 Another prime suspect in the murder was an Army corporal who claimed he had been drinking with Elizabeth in San Francisco a few days before her death. He couldn’t remember much about the evening, as he had blacked out, but he still confessed to the murder. This confession was then discarded when records emerged showing that he had been back at his base on the night of the murder.[8]

The murder of Elizabeth encouraged many others to come forward and confess to murdering the beautiful young woman. Initially, police working on the case received 60 confessions, which were mostly by men. To date, more than 500 people (even some who wouldn’t yet have been born when the murder happened) have confessed or offered information about a potential suspect. A former detective on the case, Sergeant John P. St. John, said, “It is amazing how many people offer up a relative as the killer.”


2 The Identity Of The Real Killer Has Never Been Determined 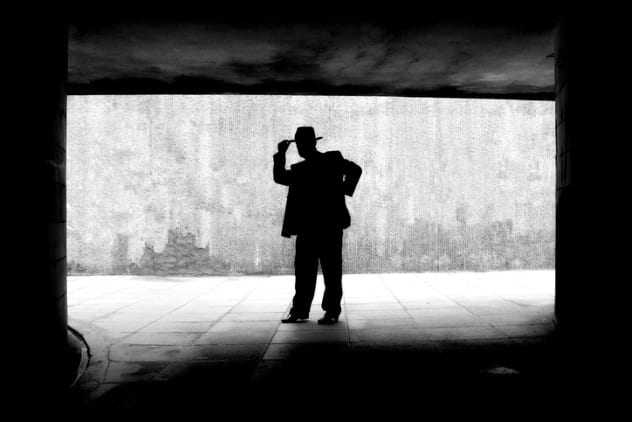 Who was the real killer? That is a question that remains unanswered today. Dr. Paul De River was a psychology expert who penned a series of articles for The Herald-Express profiling the killer. He wrote, “During the killing episode, he had an opportunity to pump up affect from two sources—from his own sense of power and in overcoming the resistance of another. He was the master and the victim was the slave.”

It was also assumed that the killer was likely a necrophiliac. De River added, “It must also be remembered that sadists of this type have a super-abundance of curiosity and are liable to spend much time with their victims after the spark of life has flickered and died.”[9] A connection was also made between this crime and the Cleveland Torso Murders, which took place between 1934 and 1938. At least 12 victims were killed and dismembered, and their remains were discarded—the real killer is also still unknown.

1 Her Dreams Of Fame Came True For The Wrong Reasons 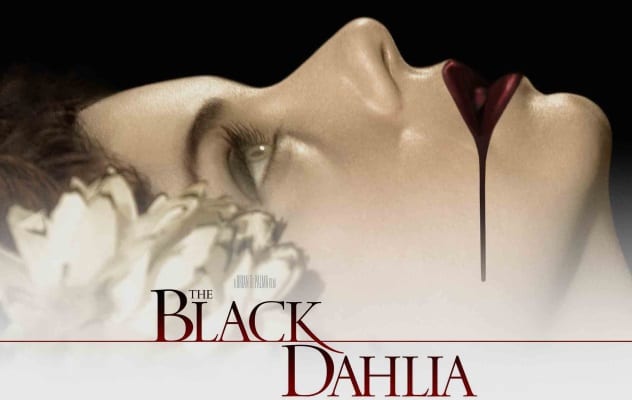 More than 70 years later, many are still fascinated with the Black Dahlia. Described as one of the most brutal crimes in American history, the murder appears on many lists of famous unsolved cases. Author James Ellroy’s 1987 novel The Black Dahlia brought the crime back into the pop culture spotlight, and the book was later adapted into a 2006 film by director Brian De Palma. In his memoir My Dark Places, Ellroy wrote, “Dead white women always stirred things up.”[10]

The crime, in a twisted way, had all the key elements to keep an audience gripped to the story. There was the glamorous side, as the victim was an aspiring actress; the brutality of the crime, due to her body being discarded in the most sinister way possible; and the element of mystery which still remains today: Who killed the Black Dahlia? Elizabeth Short has achieved the fame she desired—yet for all the wrong reasons.

Read about more chilling unsolved murders on 10 Terrifying Facts About The Cleveland Torso Murderer and 10 Worst Unsolved Mass Murders In US History.