The week that took us up to Valentine’s Day 2019 was a pretty slow one by this column’s standards, by which we mean there happily weren’t any mass-casualty disasters or attacks that dominated headlines. There was even a whiff of compromise in Washington over the government’s spending bill, which marked a welcome change from recent months. Elsewhere, we had a grab bag of stories, some intriguing, some important, and some just plain odd. 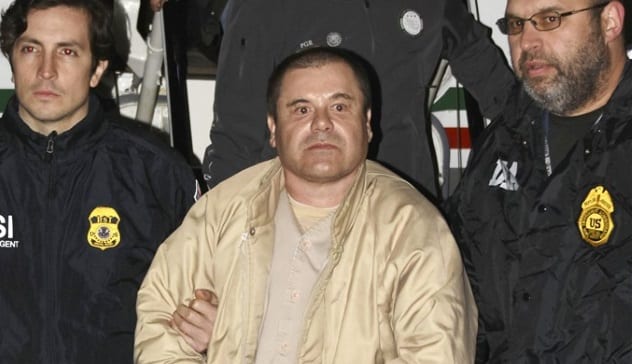 He was arguably the most famous drug lord this side of Pablo Escobar. Joaquin “El Chapo” Guzman is the Mexican boogeyman who took the Sinaloa Cartel and turned it into perhaps the most feared gang on Earth.

He escaped from prison numerous times, including an infamous breakout in 2015. His ability to give the Mexican authorities the runaround turned him into a folk legend in parts of his home country, but it was a legend that marked deep brutality. At El Chapo’s trial, it was revealed that he’d personally tortured and murdered people over the slightest perceived slights while also cultivating a passion for drugging and raping girls as young as 13.

This week, the sensational trial that followed his extradition to the US in January 2017 came to an end. El Chapo was found guilty and sentenced to life in prison. It seems unlikely he will escape this time.[1]

El Chapo might be neutralized, but the culture he helped create remains. Last year was the most violent year in Mexico on record, with 33,000 murders. Since the drug war began in 2006, an estimated 200,000 have died. 40,000 remain officially missing. 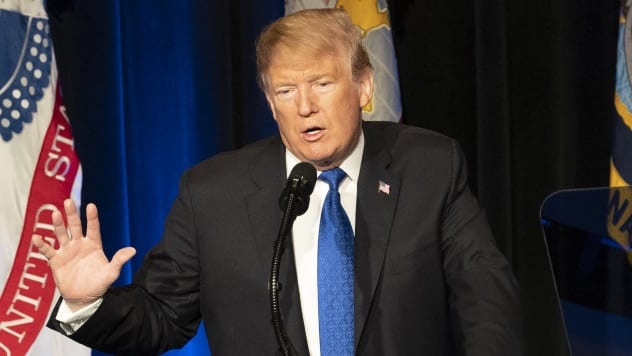 As such, it was really in no one’s interest to see the government paralyzed again when the temporary funding package expired on February 15, which may be why Capitol Hill saw some honest-to-goodness bipartisanship this week, as Congressional Republicans and Democrats worked to hammer out a spending bill that could pass. Pointedly, it included only token funding for President Trump’s wall—although provisions were made for increased border security.

At time of writing on Thursday, it looks like the bill is set to pass. President Trump has said he plans to sign the bill but also declare a national emergency in order to secure funding for his wall. Democrats have already threatened legal action if he makes such a declaration.[2] 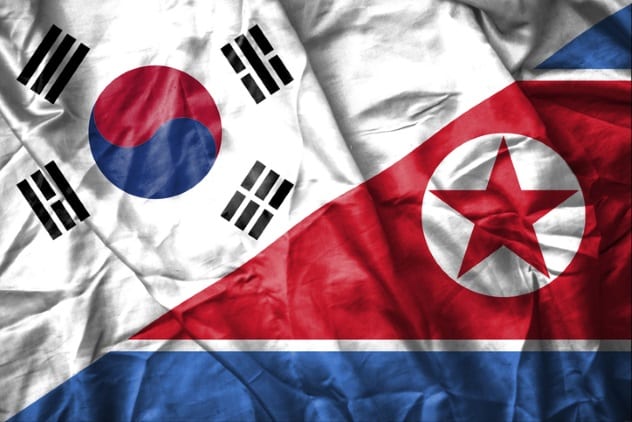 Remember a couple of years ago when it looked like the Korean peninsula was fated to disappear in a ball of radioactive fire? How times change. Following a period of detente that began when President Moon of South Korea invited the North to participate in the Winter Olympics under a unified Korea flag, Seoul and Pyongyang this week announced one of their most ambitious joint ventures yet. On Friday, the two governments are set to unveil a bid to jointly host the 2032 Olympics.[3]

Before you start to entertain visions of Olympians competing in Pyongyang in the future, we should point out that the bid is unlikely to succeed. 2032 is so far away, and the DPRK could flip on a dime and go nuclear mad again at any moment.

Still, the fact that this bid is even happening is a sign of how far we’ve come. President Moon’s commitment to peace, combined with President Trump’s unorthodox diplomacy, seems to have come close to creating the unthinkable: two Koreas that are almost friends. 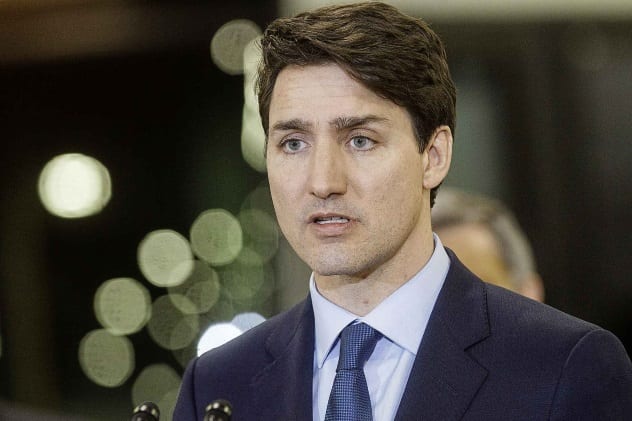 Between 2001 and 2011, company SNC-Lavalin made payments totaling 48 million Canadian dollars to government officials in Gadhafi’s Libya. SNC-Lavalin employs nearly 9,000 Canadians, and the Quebec economy is closely tied to its continued existence. This is important, because the Libyan payments opened the company to fraud and corruption charges that could have sent it under.

Luckily for them, the Trudeau government resurrected part of the Canadian criminal code that allows for companies to avoid prosecution for economic crimes by paying a hefty fine. Less luckily, the Public Prosecution Service of Canada decided in October 2018 that SNC-Lavalin’s crimes were so great that they didn’t qualify for this treatment.

It was at this point that Justin Trudeau or someone in his office allegedly stepped in and tried to pressure the attorney general into dropping the prosecution of SNC-Lavalin.[4]

The story broke on February 7 and has only gotten bigger. The Prime Minister’s Office now faces an ethics probe that could result in obstruction of justice charges leveled at Trudeau himself. It’s the fifth major ethics scandal to hit his premiership. Is it damaging enough to also be the one that ends it?

This Thursday—as you may remember—was Valentine’s Day. So it made symbolic sense that Thursday was also the day that 13 same-sex Japanese couples launched joint lawsuits against the country, demanding the right to be married. If successful, their case could result in the de facto legalization of gay marriage in one of Asia’s most traditional countries.[5]

While Japan is ahead of some neighboring states on LGBT rights, gay couples are still denied many rights granted to straight couples. This includes the ability to bring a foreign spouse into the country on a visa and the possibility of granted loans available to same sex couples.

Still, signs indicate that things are changing. Polls suggest young Japanese overwhelmingly support the idea of gay marriage. Whether the courts ultimately agree is something we may find out in the not-too-distant future.

5 A Thai Princess Sparked A Crisis By Running For Government 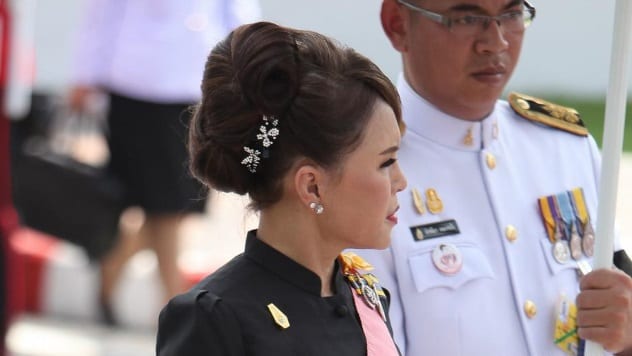 At least, they did until Princess Ubolratana announced last Friday that she was running for prime minister.

The princess technically renounced her royal title after marrying an American many years ago. However, she is still referred to as a princess, she’s still treated like royalty in Thailand, and it’s still illegal by convention to insult or publicly disagree with her.

Obviously, having a political party headed by someone it’s literally illegal to question would have plunged Thailand’s already weak democratic institutions into crisis. So it was something of a relief when the electoral commission disqualified her candidacy.[6]

However, it was also something of a disaster. Princess Ubolratana’s stunt has badly damaged her party, Thai Raksa Chart, which may now be outlawed. Thai Raksa Chart is headed by perhaps the only opposition politician with widespread support. Its disqualification clears the way for a massive win by the ultra-royalist party linked to the military coup in 2014. 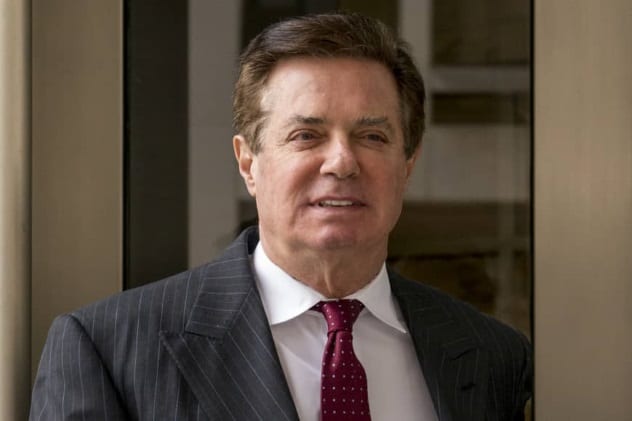 Paul Manafort has had one of the most spectacular falls from grace of recent political history. A one-time advisor for the 2016 Trump presidential campaign, Manafort was ensnared early on by Robert Mueller’s probe thanks to his ties to Ukraine’s pre-revolution, pro-Russian government.

While Mueller’s team gave Manafort’s time with Trump the all-clear, they uncovered a litany of crimes relating to his work in Ukraine, including money laundering. This was then compounded with accusations of witness tampering and intimidation before his trial. After being convicted on some counts, and facing yet another trial, Manafort struck a plea deal to help with the Russia investigation. Even so, he still faced ten years in prison and the forfeiture of assets.

Well, that sentence likely just got far, far harsher. This week, a federal judge ruled that Manafort had knowingly lied to prosecutors, breaching the terms of his plea deal. Manafort now faces up to 80 years in jail, although the actual sentence is likely to be lower.[7]

Aside from anything else, Manafort’s latest conviction acts as a warning to others who may be caught up in Mueller’s probe. Cooperate . . . or face a lifetime in prison. 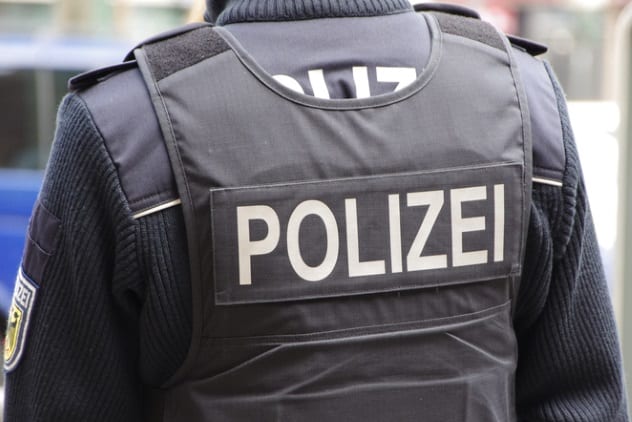 As the Syrian civil war winds down, the hard work of trying to bring war criminals to justice begins. On Tuesday, a small start may have been made. Police in Germany swooped in on two addresses in different parts of the country and arrested two Syrian asylum-seekers who arrived in 2012. They both now stand accused of torturing and murdering thousands of people for Assad’s brutal regime.[8]

The crimes attributed to the men are shocking. One ran a Syrian intelligence department building where thousands upon thousands were interrogated and tortured during the Arab Spring. The other is a former police officer who may have aided in the abuse and murder of up to 2,000 people. A third man was simultaneously arrested by French police in Paris but has not been identified.

The arrests are thanks to the work of the European Centre for Constitutional and Human Rights (ECCHR). The group has been collecting testimony from Syrian refugees to try and weed out war criminals now living in Europe. So far, 24 arrest warrants have been issued. Expect more arrests over the coming years. 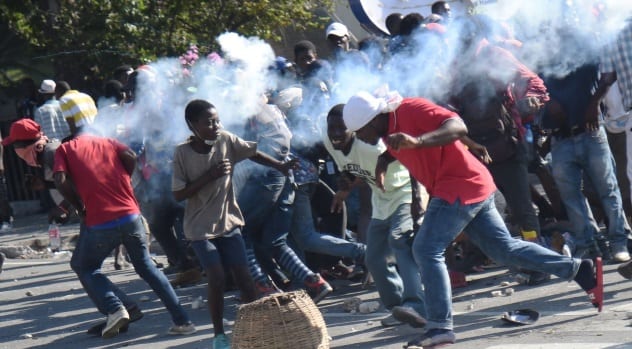 Haiti is one of the world’s poorest states, a badly governed, poverty-stricken place where the ultra-rich live in luxury, and everyone else lives in grinding poverty.

Last Thursday (February 7), the endless corruption and misery of daily life evidently got too much for Haitians. The streets in the capital, Port au Prince, exploded in riots. Fires were started. Buildings were destroyed. People were killed. Flash forward a week, and the riots are now spiraling out of control. The protestors’ main demand? Their president must go.[9]

At time of writing, the capital is paralyzed. Rioters have ransacked foreign embassies, broken into a prison and freed all the inmates, and caused millions in damage. At least four people have died, with dozens more badly injured. Meanwhile, President Moise remains holed up in his palace, refusing to comment on the carnage outside.

The protestors say they’re fighting for dignity, for social programs, and an end to flagrant government corruption. It remains to be seen if their demands will be met. 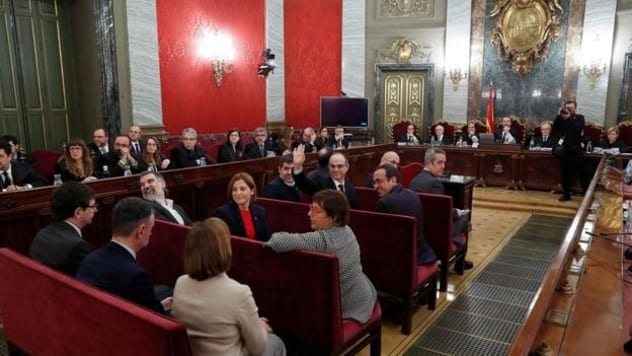 At the end of 2017, Spain faced its biggest constitutional crisis since the end of Franco’s dictatorship. The autonomous region of Catalonia organized a referendum on seceding (illegal under Spain’s constitution) and then defied a Madrid court order to stop proceedings.

On the day of the referendum, heavy-handed Spanish police tactics resulted in over 900 injured. In the aftermath, Catalonia’s government declared independence, despite a turnout of only 42 percent due to an opposition boycott. Madrid stepped in and imposed direct rule, and the Catalan leader Carles Puigdemont fled into exile rather than stay and face the heat.

Nearly 18 months later, tensions remain high between Barcelona and Madrid. And now the trial of the century begins. The non-Puigdemont Catalan leaders who stayed behind have been charged with rebellion and face 25 years in jail. This week, their trial finally got underway.[10]

The case has divided the whole of Spain. In Southern Andalusia, the right-wing Vox party entered local government in part on a campaign to punish the Catalan separatists more harshly. Even in Catalonia, pro- and anti-Madrid factions exist in a state of tension. Even when the trial concludes, this ongoing crisis won’t be over.